That's right - the best disco night of all time is celebrating 3 years this November!

Since that first one in November 2016, La Discothèque has just gone from strength to strength, extending their long flamingo legs to other cities around the UK and even into Croatia and Ibiza! There’s one main reason for this – it’s fucking brilliant.

Providing the best disco imaginable, La Discothèque have consistently impressed with their line-ups over the years, including live performances by bona fide legends Jocelyn Brown, Evelyn Champagne King and Candi Staton and this 3rd birthday celebration is no different.

There’ll also be lively sets from some of the best in the business, Rob da Bank’s Prince tribute ‘Purple Rave’ and a welcome return to the party in the bogs – La Piscothèque! Here’s what to expect…

Alicia Myers
Hitting up the stage of Albert Hall is disco legend Alicia Myers, who’ll be hopping on a plane for her first Manchester show in around 10 years. Best known for her smash hit ‘I Want To Thank You’, the Detroit diva’s been sampled by everyone from Theo Parrish to Kanye West and is a true legend in every respect.

Derrick Carter
The Chicago House legend is a firm favourite at La Discothèque and even though he’s been hitting up their other nights – he’s not played in Manchester for almost 3 years. Well he’s back and he’ll be firing on all cylinders.

Norman Jay MBE
The DJ so good the Queen gave him an MBE! Rare groove pioneer Norman Jay (MBE) is one of the most accomplished and celebrated DJs in British history and has over fifty years’ experience under his belt – he played his first gig at a cousin’s birthday when he was only eight years old – and even DJ’d at Mick Jagger’s 50th!

La Piscothèque with Bad Fun
The legendary toilet rave is back and they’ve invited along the aptly-named Bad Fun! Get ready to lose your sh*t!

La Discothèque also promise a slew of special guests in the run up to the event in November – so watch their socials for more details. See you there! 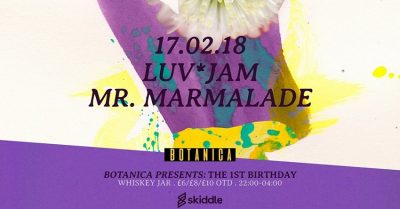