Move over Tiny Desk, Manchester’s Low Four Studios is the emerging live streaming platform we should all be talking about… 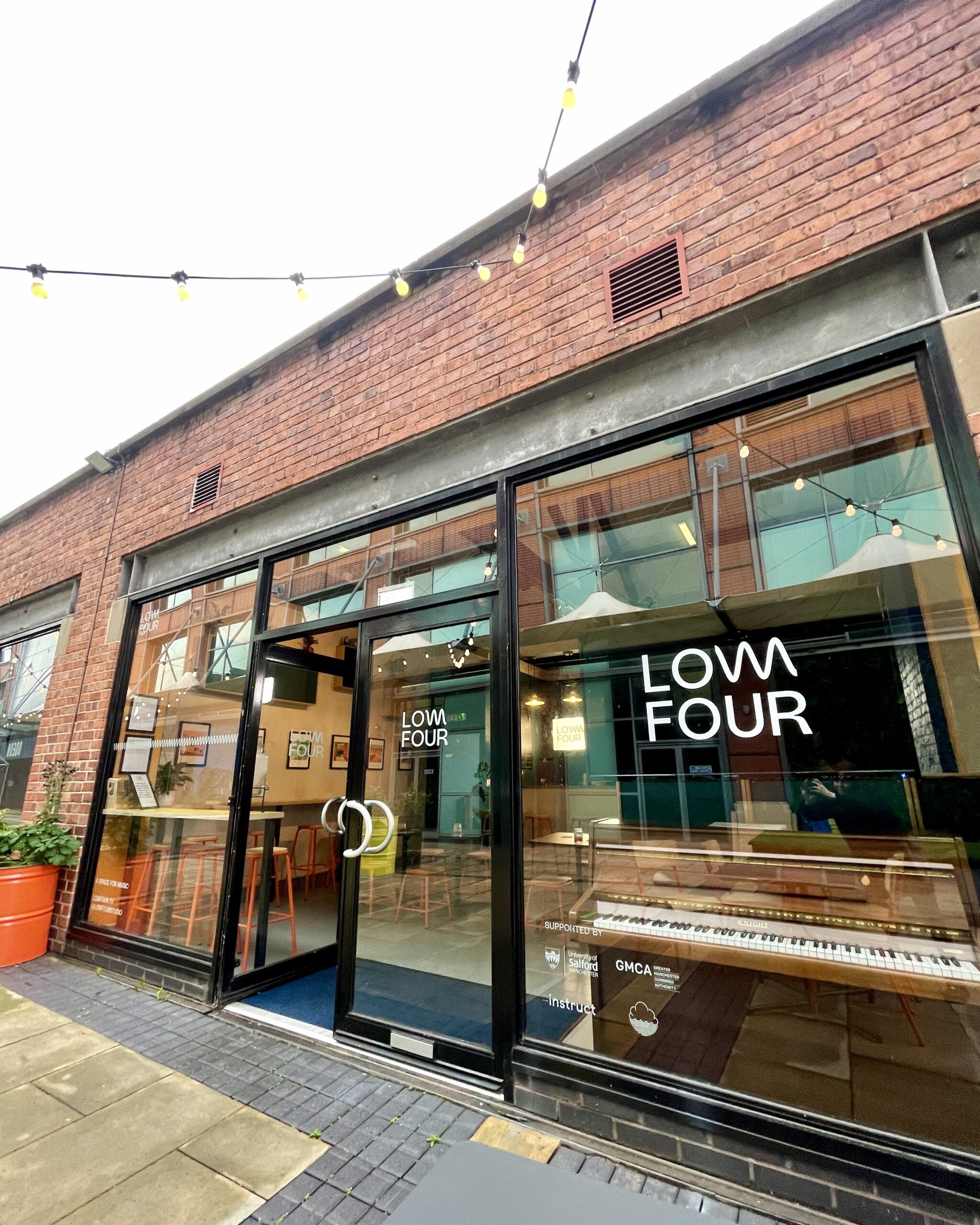 First and foremost, Low Four is a recording studio. But that doesn’t mean it’s not also an incredibly accessible venue that showcases everything great about Manchester’s modern-day music scene.

It has become a cornerstone of the creative community, hosting live-streamed, free gigs that are run by music producer Brendan Williams and previous Channel M Music figurehead, Dan Parrott.

The primary school pals also lead undergraduate music programmes at the University of Salford, and first delved into the Low Four concept a few years ago – when they set up camp in Old Granada Studios. 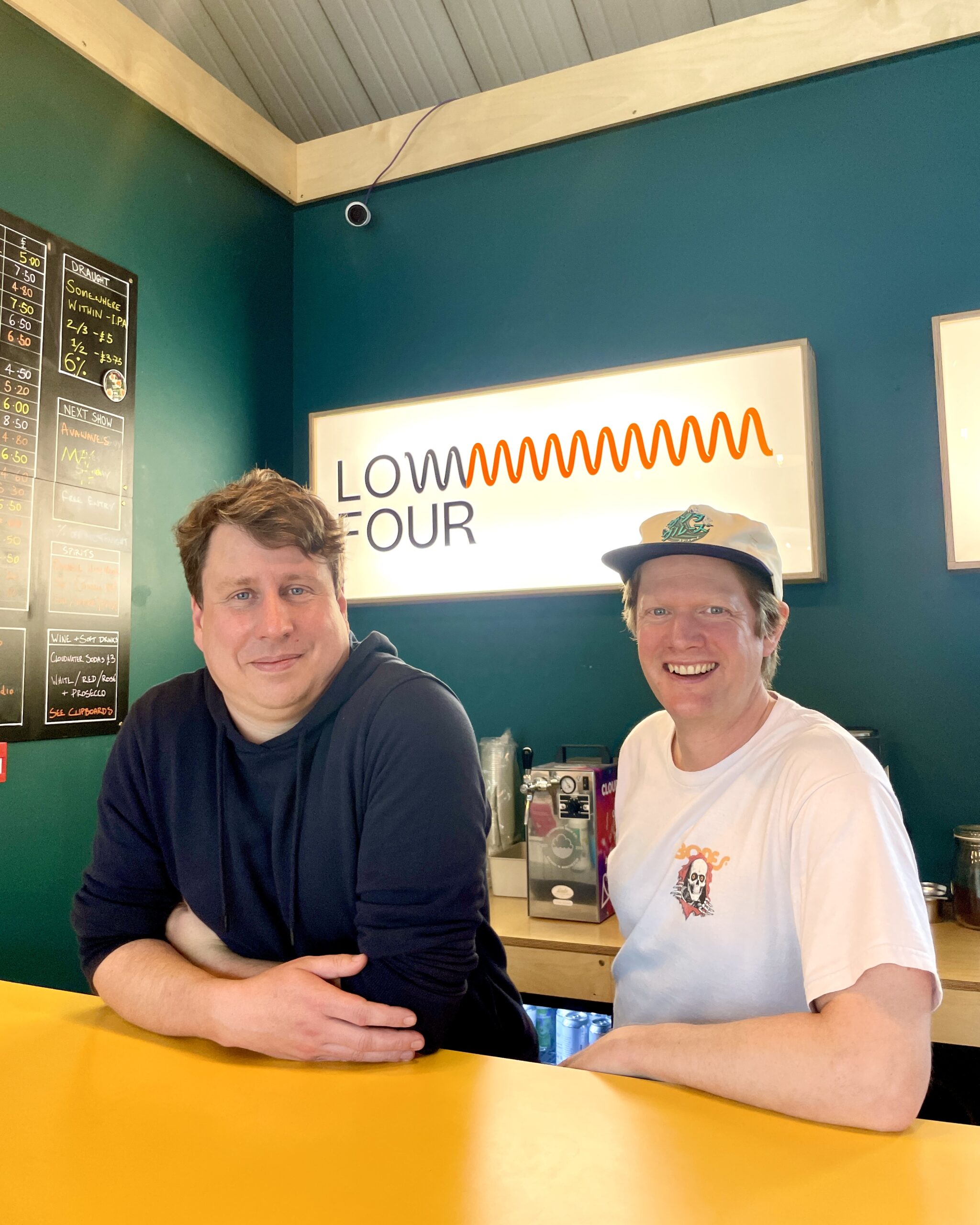 “Having worked in lots of different studios, I was totally besotted with the space at Granada. It was really unique because it was huge and acoustically totally dead, which is just not how studios are built anymore,” explained Brendan.

“I couldn’t just use the space to make tunes, so that’s when me and Dan came up with the concept of Low Four – we decided combine a recording studio with a venue and host live-streamed and pre-recorded gigs with artists that excited us, alongside a live studio audience.”

Low Four had a successful run at Granada, hosting bands such as Everything Everything, Gogo Penguin and Jane Weaver, but left after redevelopment ideas at the Quay Street site changed direction.

“What we first thought was, ‘ok perhaps it’s time to move out into the boroughs’, as that’s usually where you find affordable spaces. But, we were also aware that we needed the audience and I think we’ve been incredibly lucky with our new space, because we truly have the best of both worlds here.” 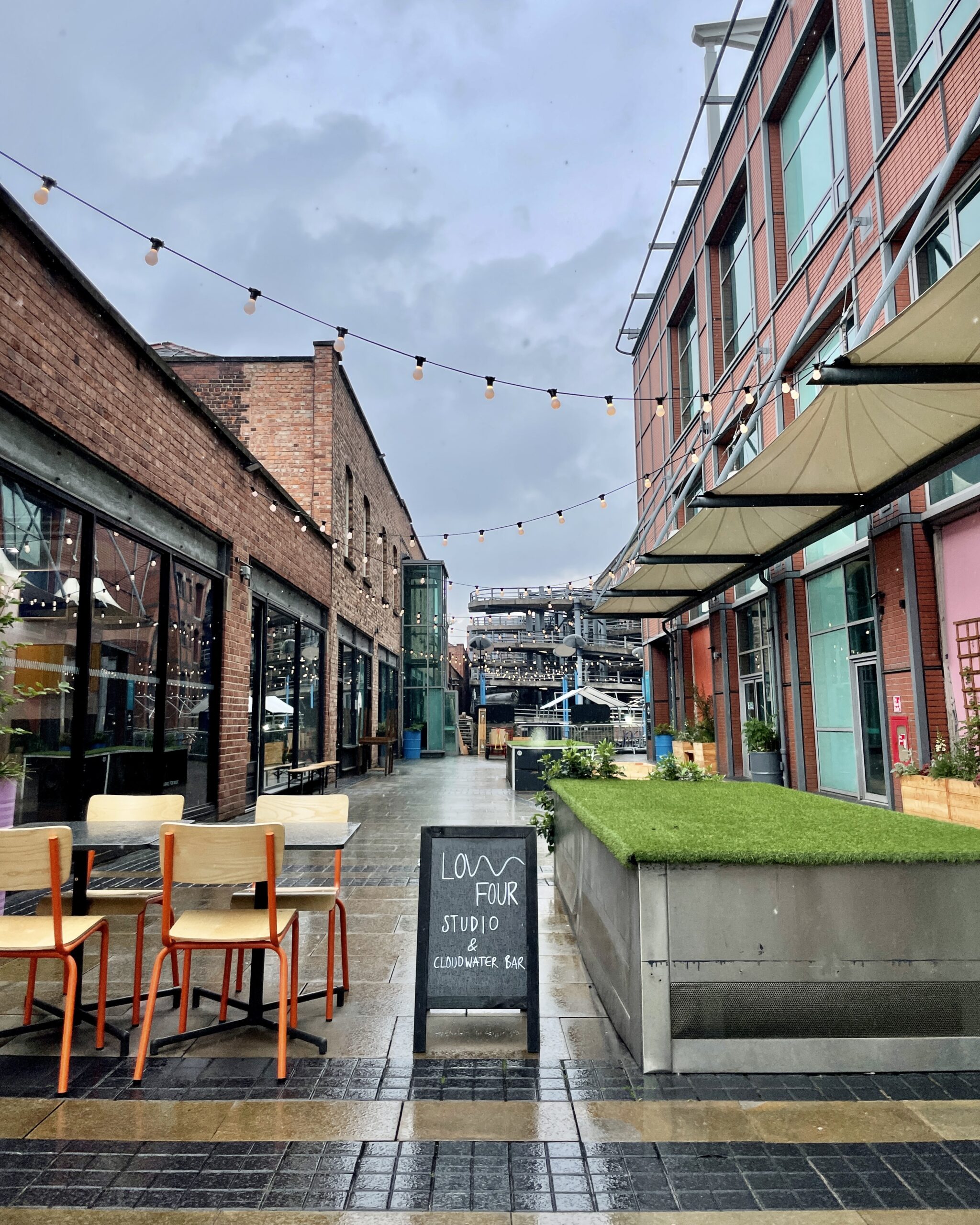 Deansgate Mews, one of the city’s blossoming dining and entertainment destinations, full of independent eateries, bars and venues, is now the new home of Low Four.

Dan and Brendan snapped up the space at the end of 2020, and set about revamping the prior gaming studio into an eyecatching venue that produces high-quality, live-streamed and pre-recorded content – complete with its very own Cloudwater bar. 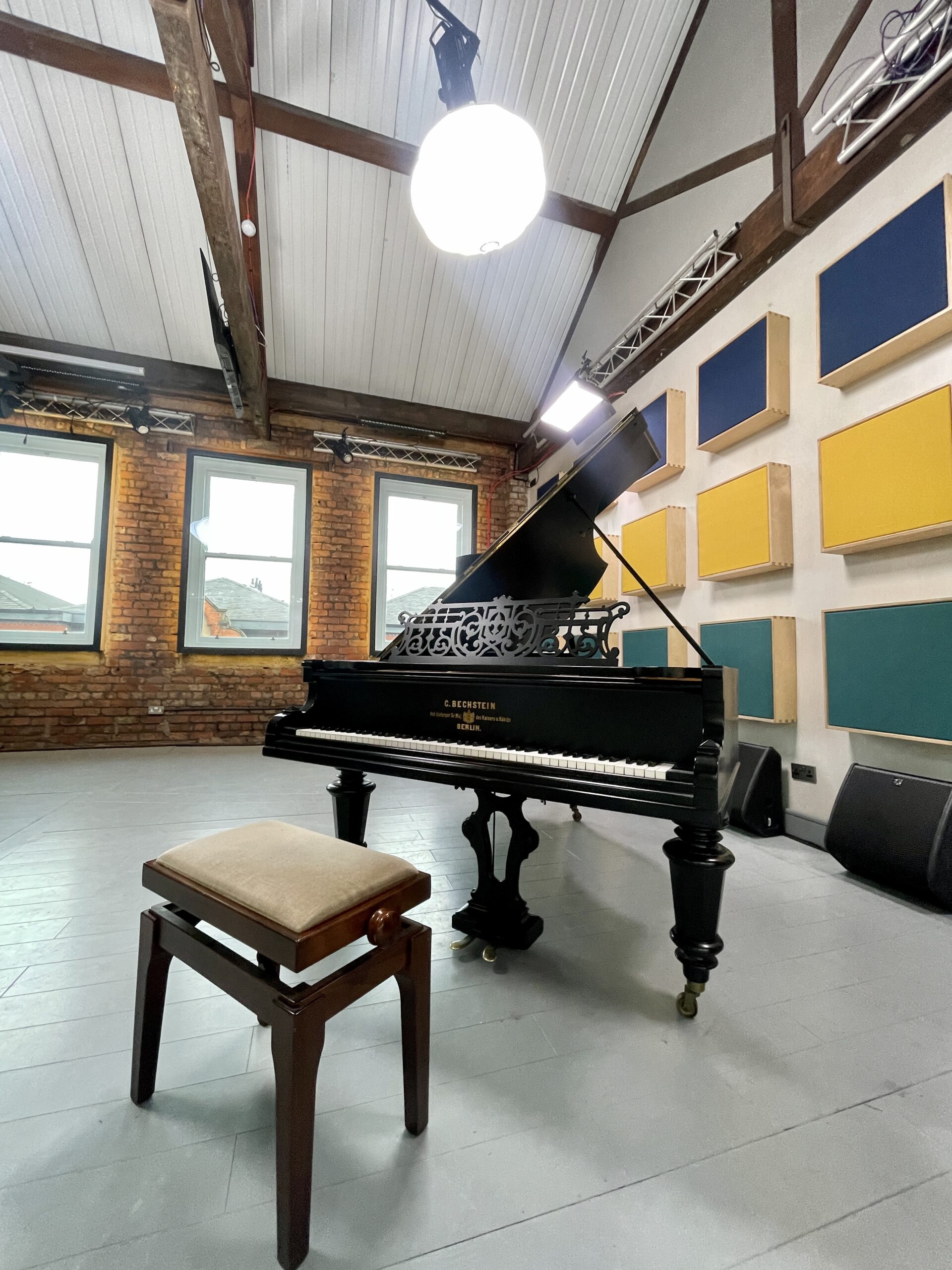 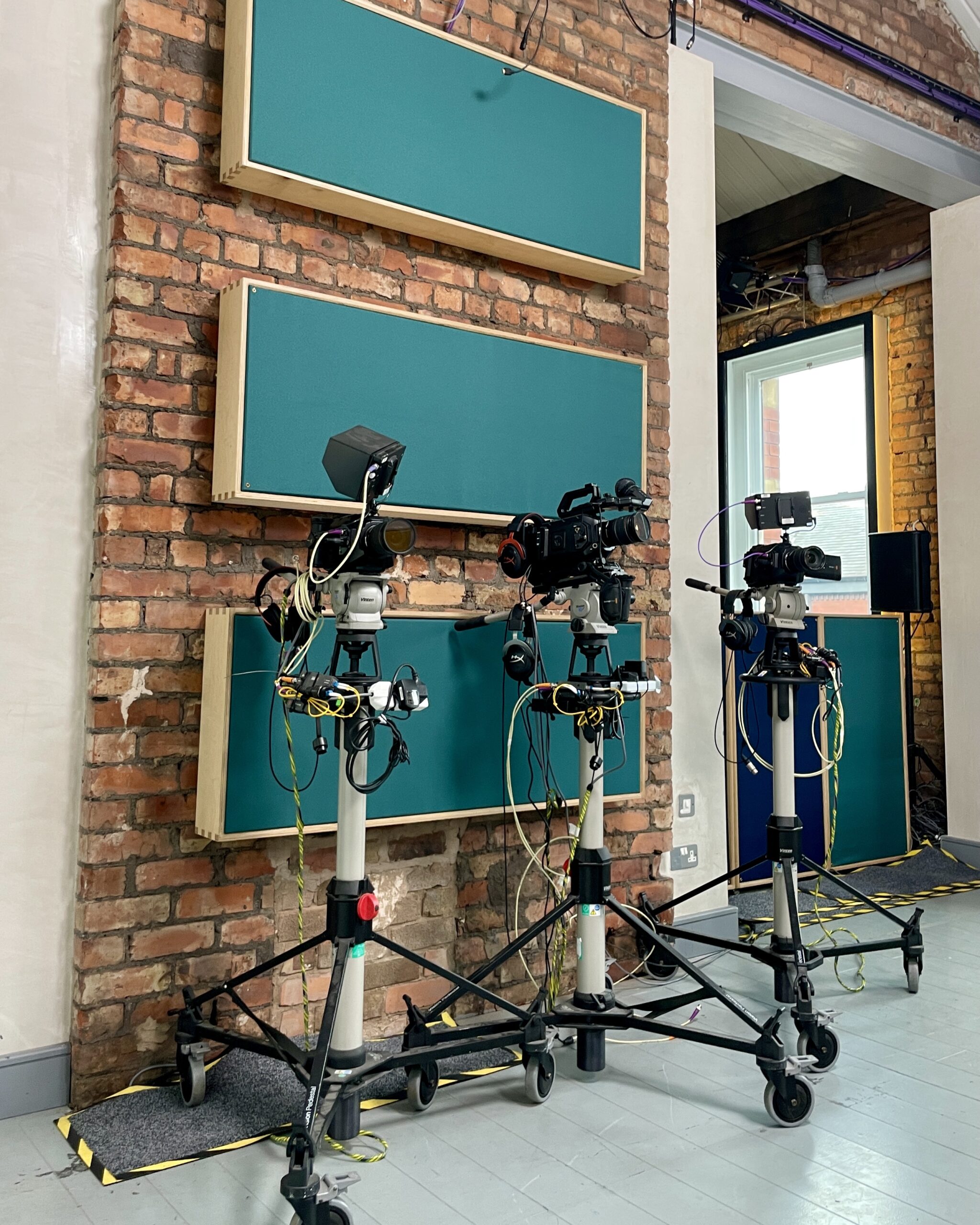 “The landlords here have been great,” explained Dan. “We want to make noise, but we also want to keep noise out and our neighbours are aware of that, too. It’s an incredible community of local, independent creatives that we automatically slotted straight into.”

Low Four’s main aim is to spotlight Manchester-based musicians and artists that support the city’s reputation for unmatched music and culture – and each polished production created by the duo is a constant ode to this. 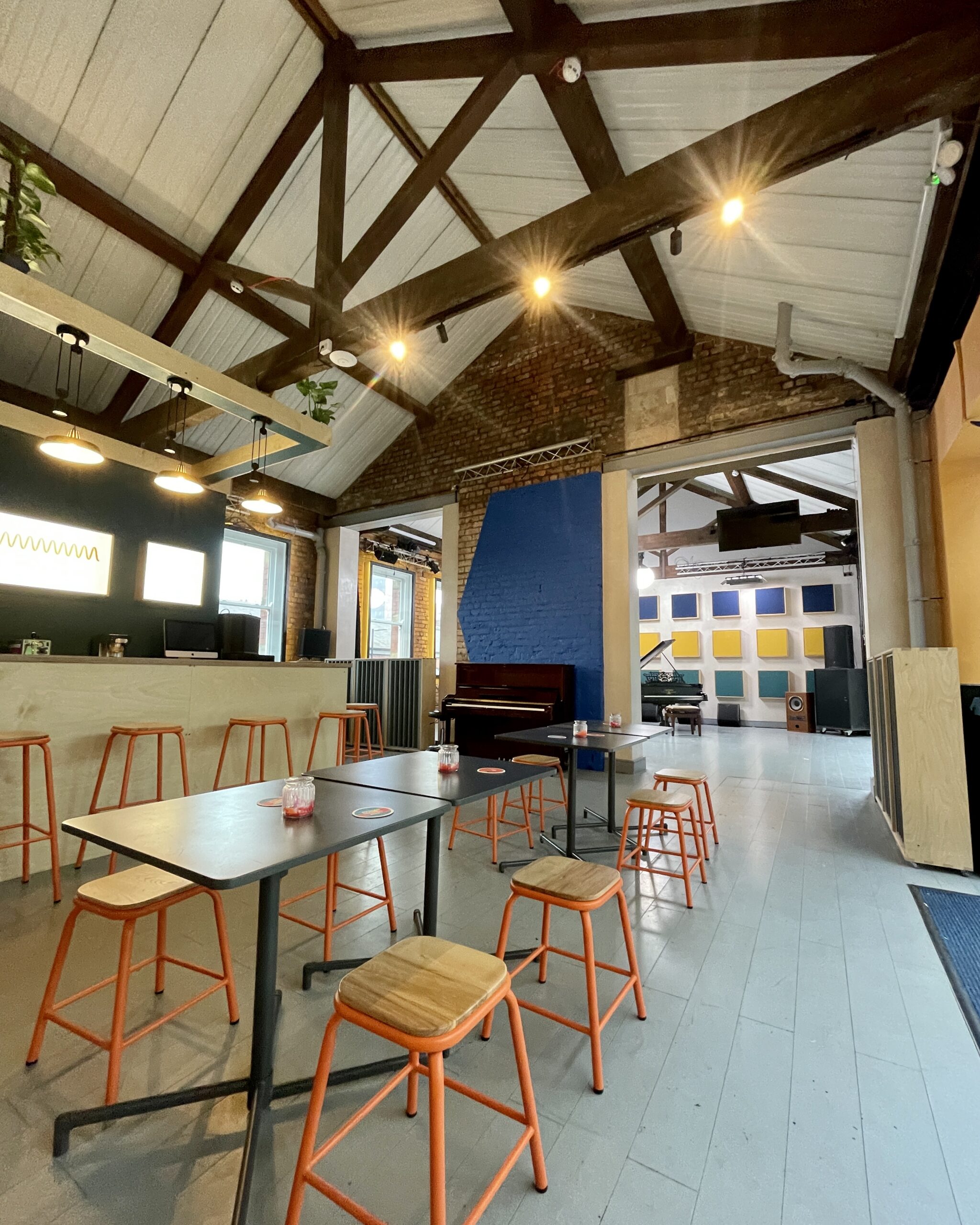 Low Four Studios benefits from a small amount of yearly funding from The University of Salford and GMCA (Greater Manchester Combined Authority), but aside from this, it’s an entirely self-sufficient project that has grown organically from two mates’ love of music.

Stepping into the space, you feel like you’re part of something way bigger – it gives listeners exclusive access and insight into the life of an on stage artist. Like the Tiny Desks and KEXPs of the US, it crafts unforgettable moments for music fans of Manchester and beyond.

Francis Lung, a musician whose albums were also produced by Brendan, opened the new space back in September 2021 and since then Low Four has continued to throw free celebrations of the city’s best up and coming talent, most notably bands including She Drew the Gun and Levenshulme’s resident multi-instrumentalist, Werkha.

“Primarily, we exist to support new and exciting artists, but it’s also an absolute pleasure along the way to get in some bigger acts,” furthered Dan.

“Artists such as Penelope Isles – who have already done sessions for larger stations, have been more than happy to come along and perform at our place because they trust us to produce a high-quality end product.” 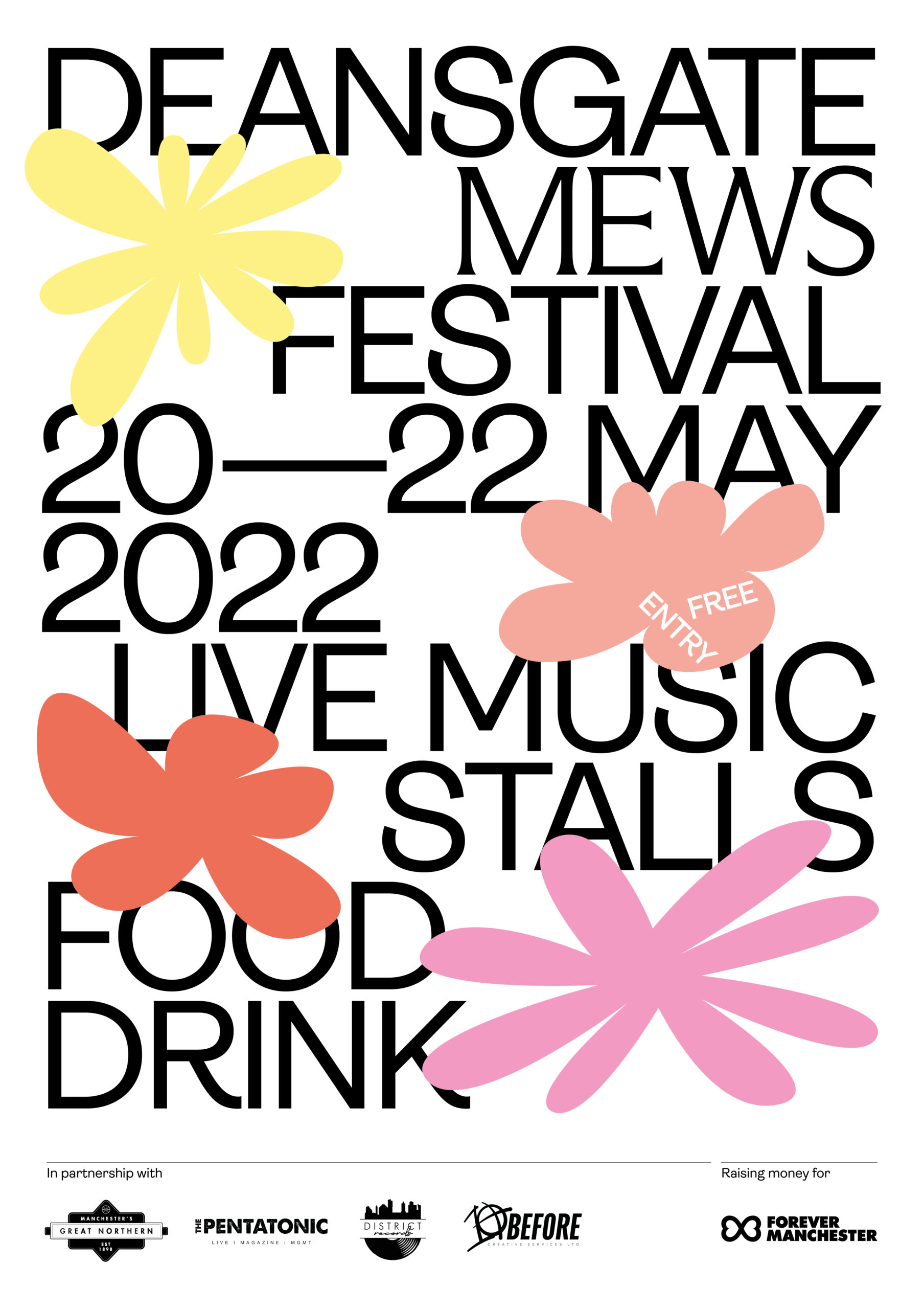 This weekend, Deansgate Mews will host its annual free festival, with a large chunk hosted down at Low Four. The studio will see nine local musicians perform across the three day event, alongside DJ sets from Dirty Freud, Ad Hoc Records artists and the band, Dutch Uncles.

There’ll also be alfresco dining from the likes of Holy Grain, Another Hand and The Mews Bar – who will be serving booze alongside its brand-new bottomless cheese fondue offer! 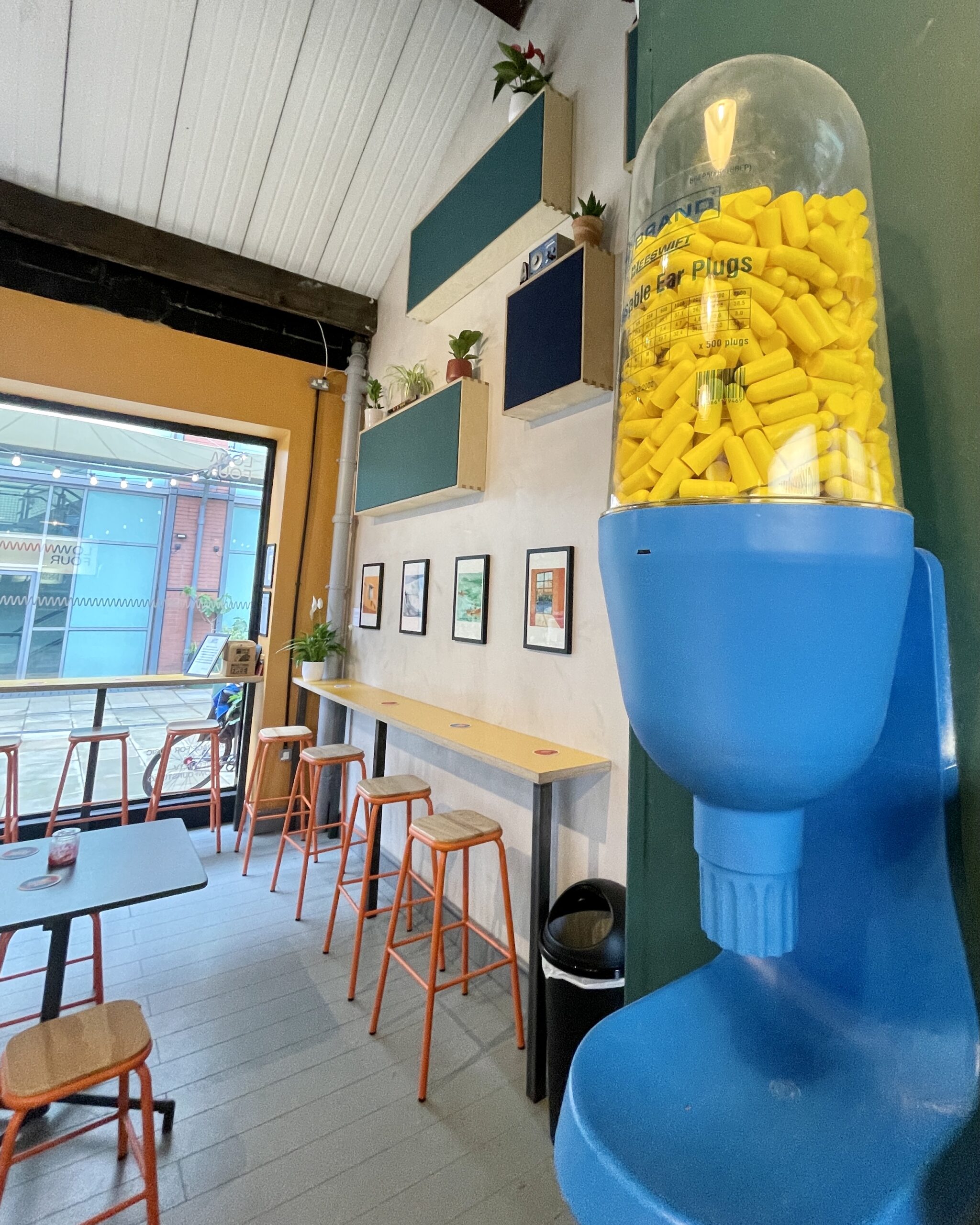 The festival is free to attend, and will take place from Friday 20th – Sunday 22nd May.

On Monday 23rd, soulful romantics, Lovescene will play an intimate show and Thursday 26th sees Strawberry Guy take to the stage. It’s a great first step to witnessing what Low Four is about, and immersing yourself in the splendour of Manchester’s diverse music scene.

Under One Roof: Manchester’s Night Club for Adults with Learning Difficulties
Music

Morrissey set for Homecoming Concert in Manchester this October