No Half Steppin’ 2: The Steppening at Aatma

No Half Steppin' is back with the finest old school and underground hip-hop from all around the world.

Taking place on Friday 22nd March at Aatma, No Half Steppin’ will showcase a night of the best old school and underground hip-hop with DJ’s spinning some serious beats as well as a LIVE 3 piece band to provide a backing for the night.

Pro P
For those of you that came to the last No Half Steppin’ you will recognise this man and now he is back due to my demand. Pro P, a member of Room2 Records who has produced for acts such as The Bluntskins, Dubbul O and the Mouse Outfit associated MC Ellis Meade

El Statiko
El Statiko is an IDA (International DJ Association) World Championship technical category runner up, an IDA UK Champion in 2015, 2016 and 2018 and a UK DMC champion for routines in 2018 so it is abundantly clear that our headline DJ has the skills to pay the bills. El Statiko is another artist from Room2 Records as both a producer and is a member of the hip hop group The Natural Curriculum.

Funky Phresh Matt and the Furious Wilmot’s
Our very own house band led by the prodigious Matt Wilmot on the keys, a veritable power house of musicians selected by the ivory twinkler himself who are ready to break down and get down like no others. Matt Wilmot has a stellar background playing around Manchester at prestigious venues such as Bunny Jackson’s as well as playing with the UK hip hop legend Jehst as well as High Focus.

KiloDan
Beginning his descent into music in the early 00’s, Manchester local veteran KiloDan has spent years perfecting his craft. Known for his unique style, fluent delivery and clever lyrical content. KiloDan became a regular on local radio sets, popularising several of his trademark lyrics. Despite earning the respect of his peers and acquiring a following of supporters, KiloDan couldn’t commit to a career in music. Appearing to be on hiatus, he quietly continued to create music and focused on developing as an artist. As 2019 began, KiloDan returned with his first official single release ‘Get Money’.

Blind Mic
Born and bred in Manchester Blind Mic has been performing on stage since he was 16 not only as a rapper but also a producer and multi-instrumentalist as well. Blind Mic’s talent has taken him all over the world and into the support slots of huge names such as Pete Rock, Talib Kweli and Pharaohe Monch. Blind Mic drops a jazz influenced album this year by the name of Love & Retribution produced by none other than Zed Bias. 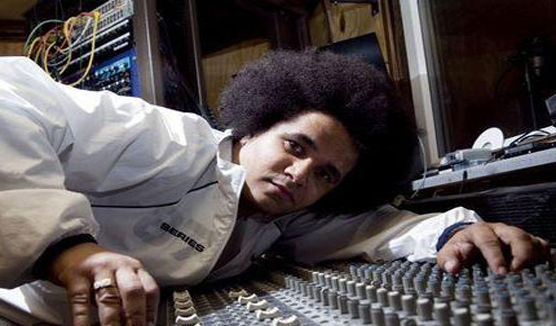