One of Manchester's most poignant bands drops a new album early February, so Finest talks to the lead singer about this remotely-crafted work of captivating beauty. 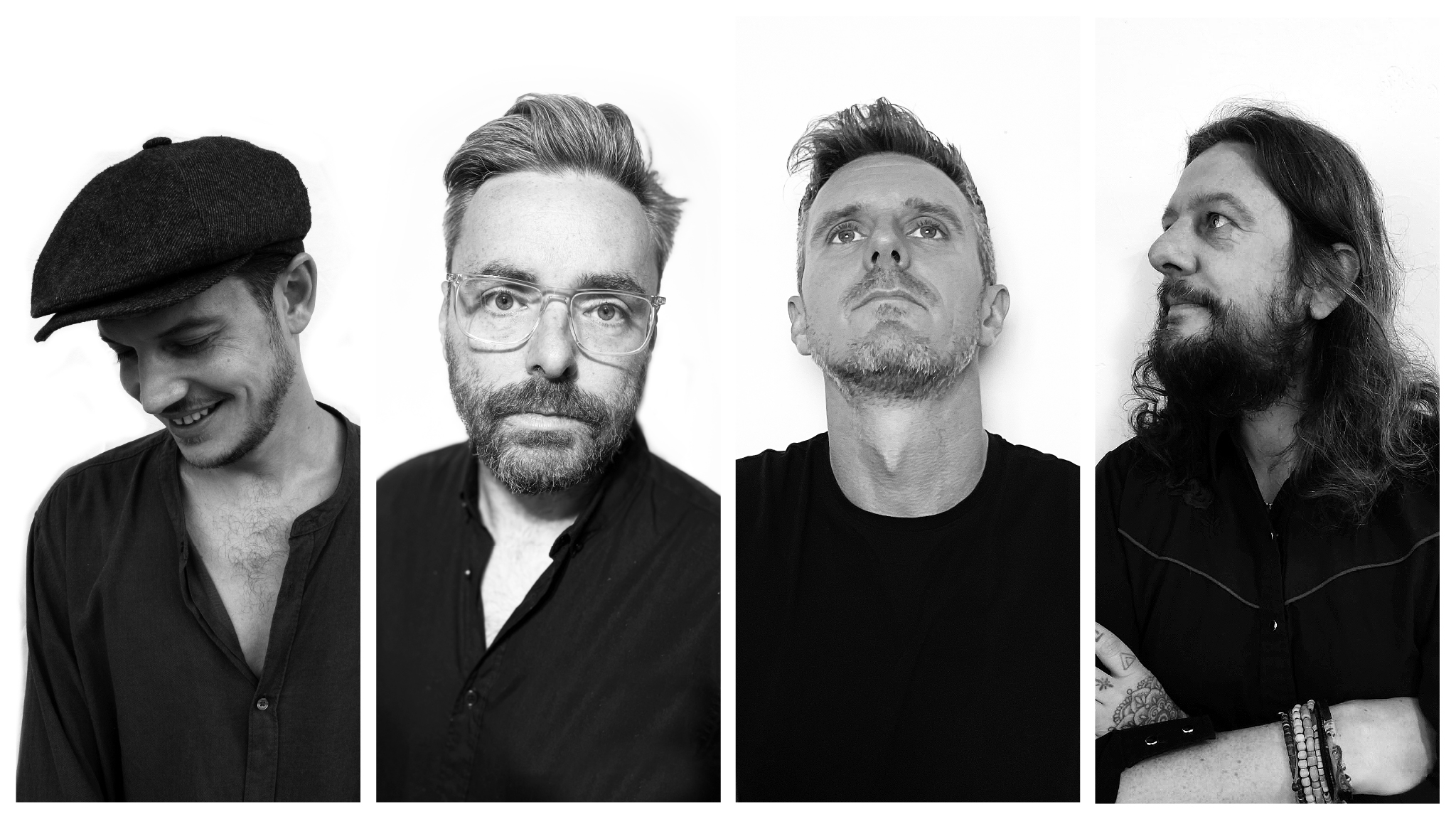 “Manchester is a fast city,” says Rob Goodwin, the baritone-d frontman of a band that have long-since risen to critical acclaim through their heartfelt, emotionally charged, hushed-yet-commanding meditations on life.

The Slow Show’s lead singer is comparing hometown to adopted hometown — Dusseldorf, Germany. Relocating to the city three years ago to live with his partner, having spent the preceding three years travelling between the two, the group were well-versed in working remotely long before the Covid-19 crisis hit. Nevertheless, nothing could prepare them for how jarring forced separation would be.

Plunging into the pandemic at a time when they were preparing to scale-up in terms of venues, for a tour that never happened, the minefield of travel between Europe and the UK in times of coronavirus meant it would be two years before the four-piece were back in the same room. As such their new album, ‘Still Life’, which drops Friday 4th February, was a very different production process.

“We’d always written remotely, in our own little worlds, then probably every six weeks we would get back together, always in Manchester, and work on our songs, put them together,” Goodwin explains. “So Manchester was always central, it’s where we’d polish things up and finish the creation process. But I don’t think we realised, we didn’t appreciate, the importance of those moments of togetherness

“Those weekends when we’d all be there, we underestimated how key that time is,” he continues. “There were these really special, intense days of writing, discussing our work. We are all very passionate about what we do and very strong-willed. So after three days in a mill in Manchester maybe you need to go away from each other, otherwise you could fall out. But that pressure, that intensity, worked really well — it was such a nice contrast to other un-rushed moments.”

While writing ‘Still Life’ the outfit missed “being a bunch of friends getting together to rehearse, going to the pub when we ran out of ideas”. Recording parts of each track separately, there was a “steep learning curve” as Goodwin puts it, but the situation wasn’t necessarily all bad. As someone once probably said, when the brakes slam on it’s easier to see what’s actually there. Remove the distractions, and details suddenly become vivid. A realisation which has, in part at least, informed the new album. 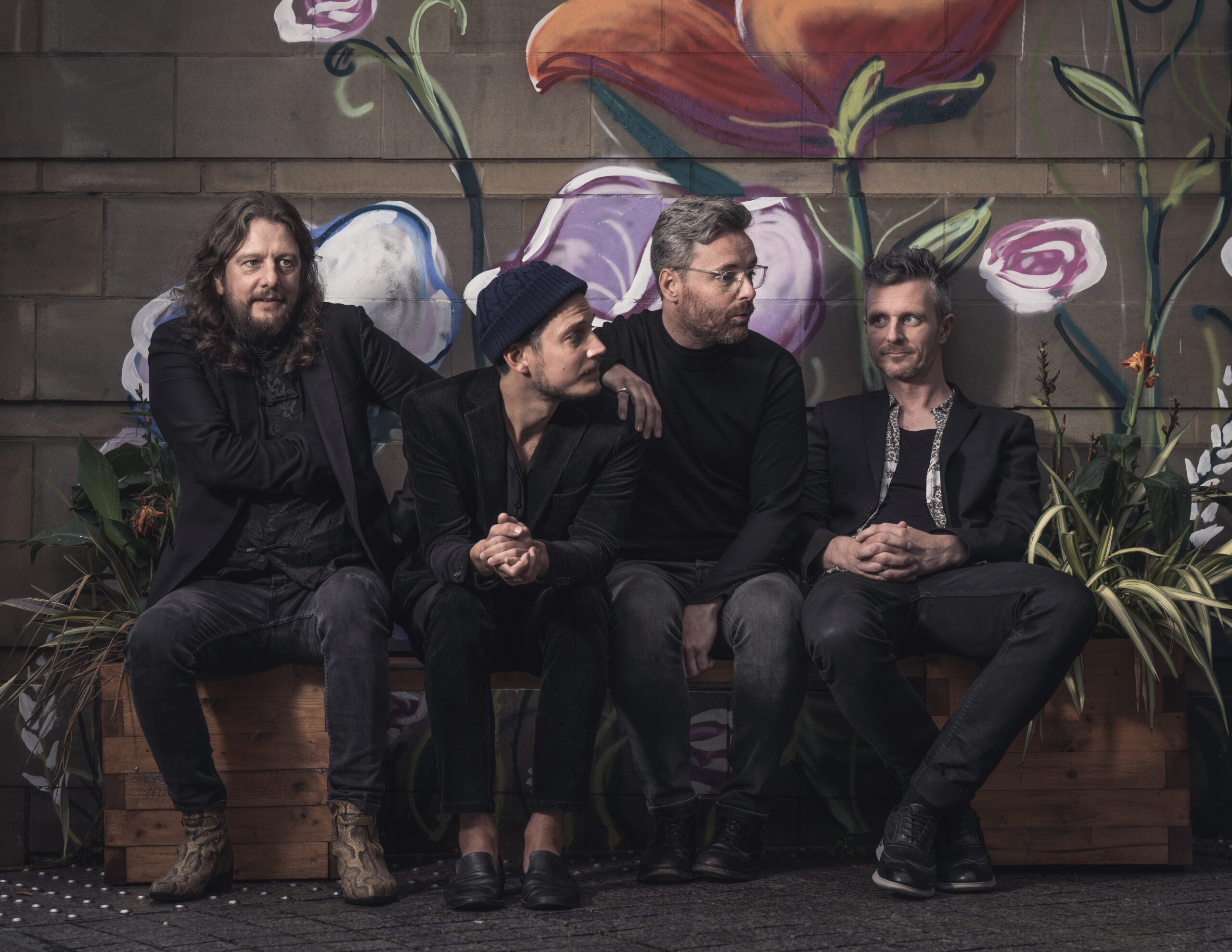 “We were adamant we wouldn’t write a record about the past two years and what has happened. We were very sure that’s not what we wanted. But we realised a year into it that it was impossible to escape from the pandemic,” says Goodwin. “And it seemed silly, as we’ve always written about what we see and feel, always made sense of the world through music. We can always turn to music to understand what we are experiencing, what we are reading about and what we are seeing.

“So it was inevitable themes of the pandemic would influence the record, actually I think it’s all over it. Nothing too explicit, but it’s there, and it’s not just doom and gloom. Like so many people there’s been lots of difficulty and sadness, but also moments of beauty. When you stop and actually look,” he continues. “I think that’s why it’s called ‘Still Life’. Personally, I used to love moving around a lot, feeling busy. But I realised, in this enforced slowdown, that you see so much more when you stop. When you’re charging around a lot can be missed.”

Further proof ‘Still Life’ is a record of and for our times can be found in the track ‘Anyone Else Inside’. Openly admitting social media marketing has never been  The Slow Show’s strong point, Goodwin explains the song was crafted through a collaborative process with fans, which took place while all parties were in isolation. An open-ended experiment, individual emotions channelled into collective work. 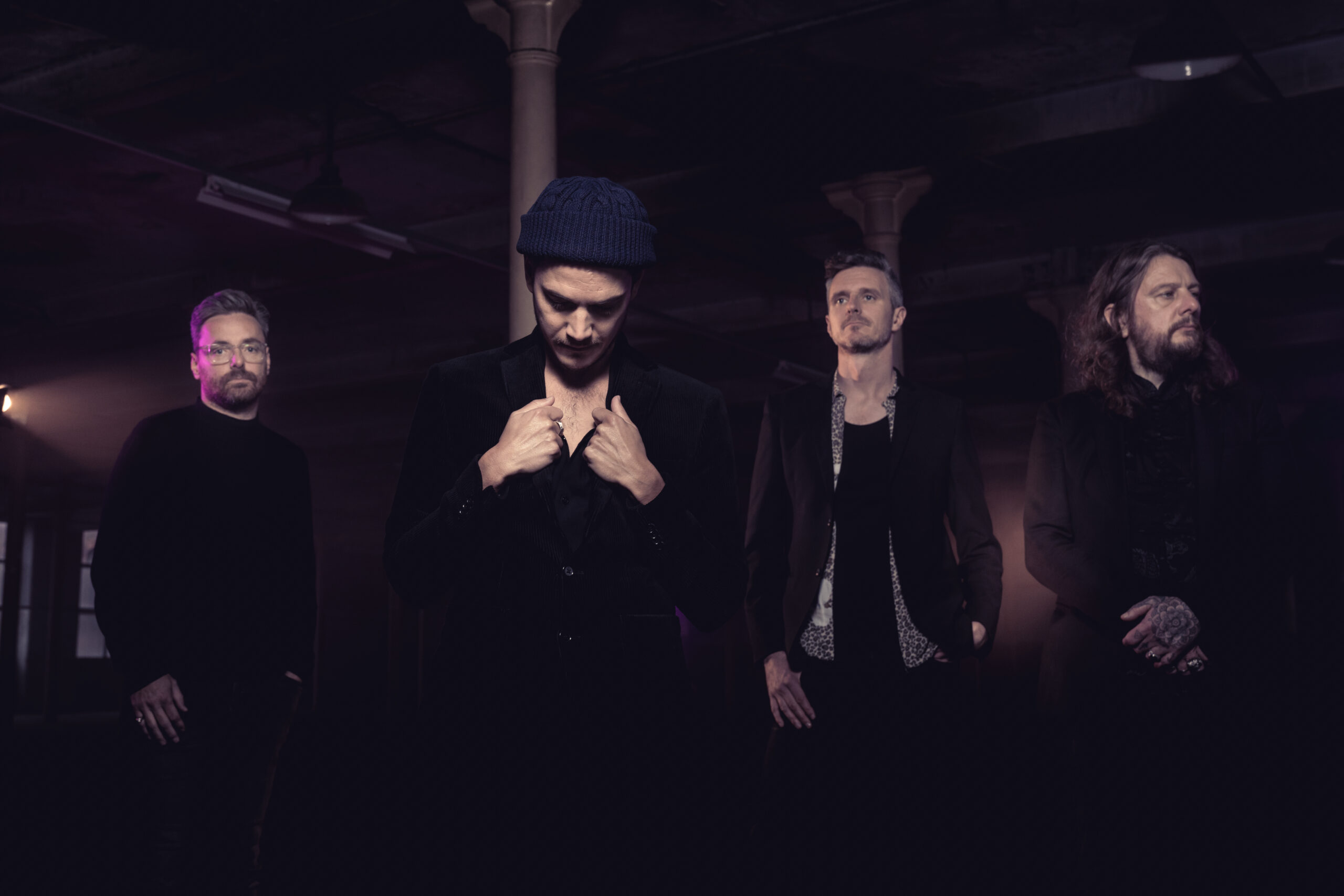 “We’re never more at home than on tour, to be honest. We got a lot of requests for live streams in lockdown but we didn’t feel like we could do it well, or what we would think was doing it well. But we did one track, ‘Anyone Else Inside’, where we asked people who care about the band to send videos or words about how they were feeling in lockdown. Basically, a group writing session with people who care. It was something we hadn’t done in the past,” Goodwin recounts.

“It was overwhelming. We were feeling like we wanted a way to reach out and connect, but all the ways commonly used didn’t feel sincere. So we just said: ‘If you want to get involved we would love to hear from you’,” he continues. “We used it more like a mood board, I suppose. First of all we were really moved and interested to hear how everyone was doing, and some of the stories people shared were incredible. It was really cathartic, and they influenced the track enormously.”