Nails By Ya Gal Studios is putting its own stamp on next-level nail art. 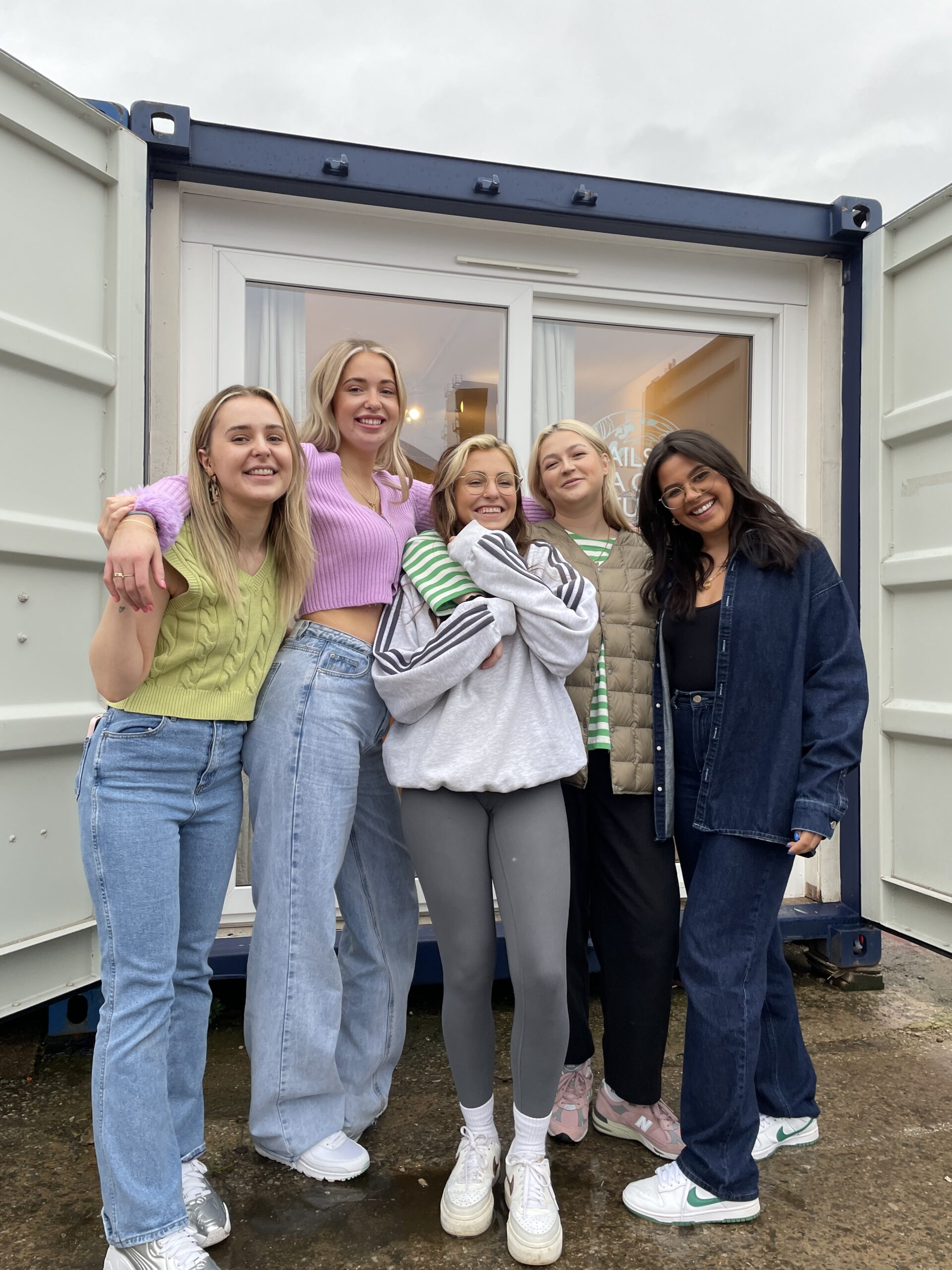 Stumbling across Pollard Yard in Ancoats, I firstly mistook the place for the on-screen set of a gritty new Northern police drama.

The backdrop of Manchester’s industrial past sits behind the shipping containers that are home to a wealth of businesses, from bakers, to wine connoisseurs, bespoke gifting and beauty services, bringing in a new age for independent trading.

Part of the line up of self-starters and innovators calling Pollard Yard home is Nails By Ya Gal Studios. Housed in the cosiest shipping container I’ve ever been in, not that I’ve really been in that many, the studio is run by Founder, Ned Dobbs / @nailsbyyagal who started the business during the nail-art boom of 2018. 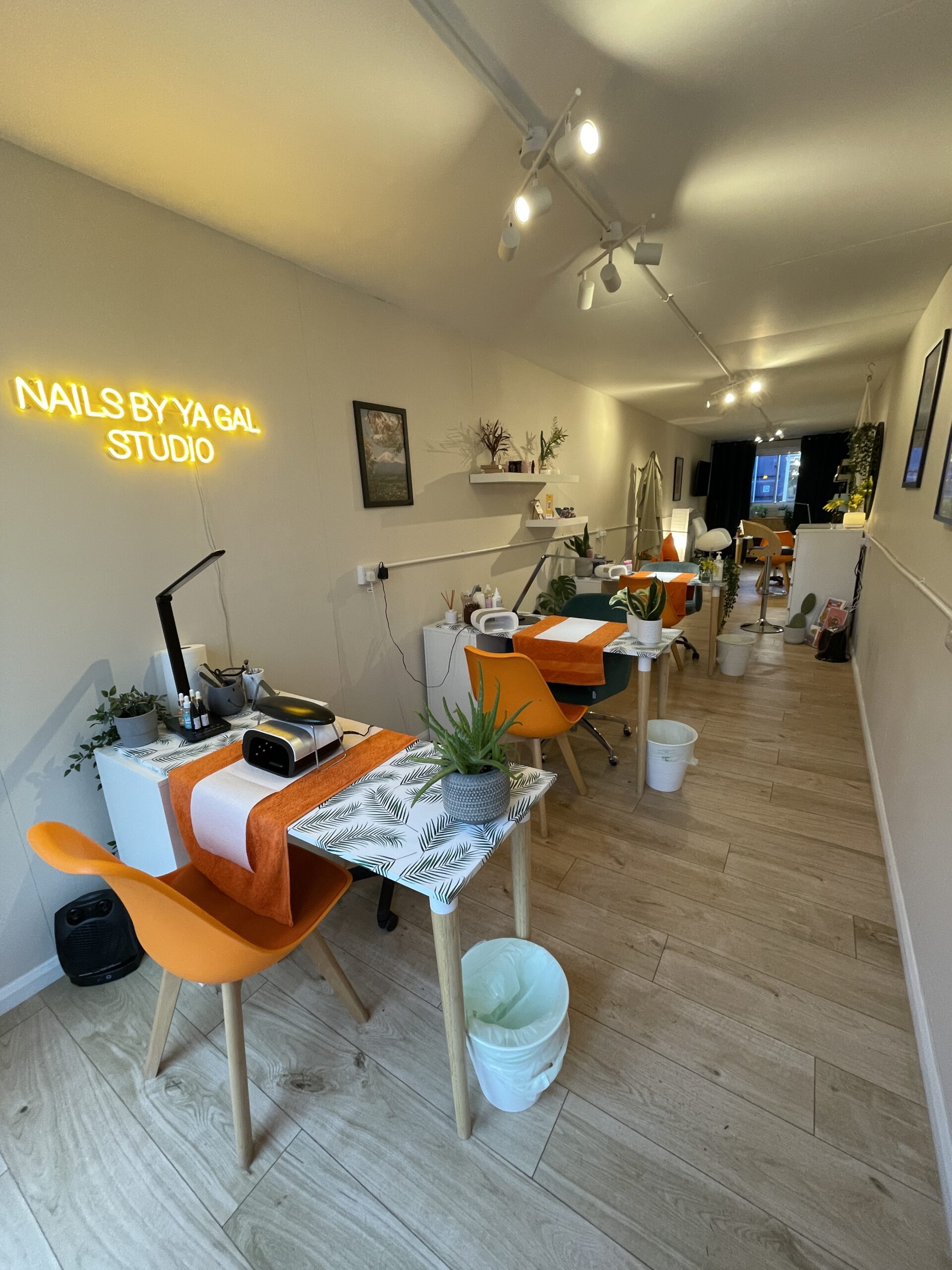 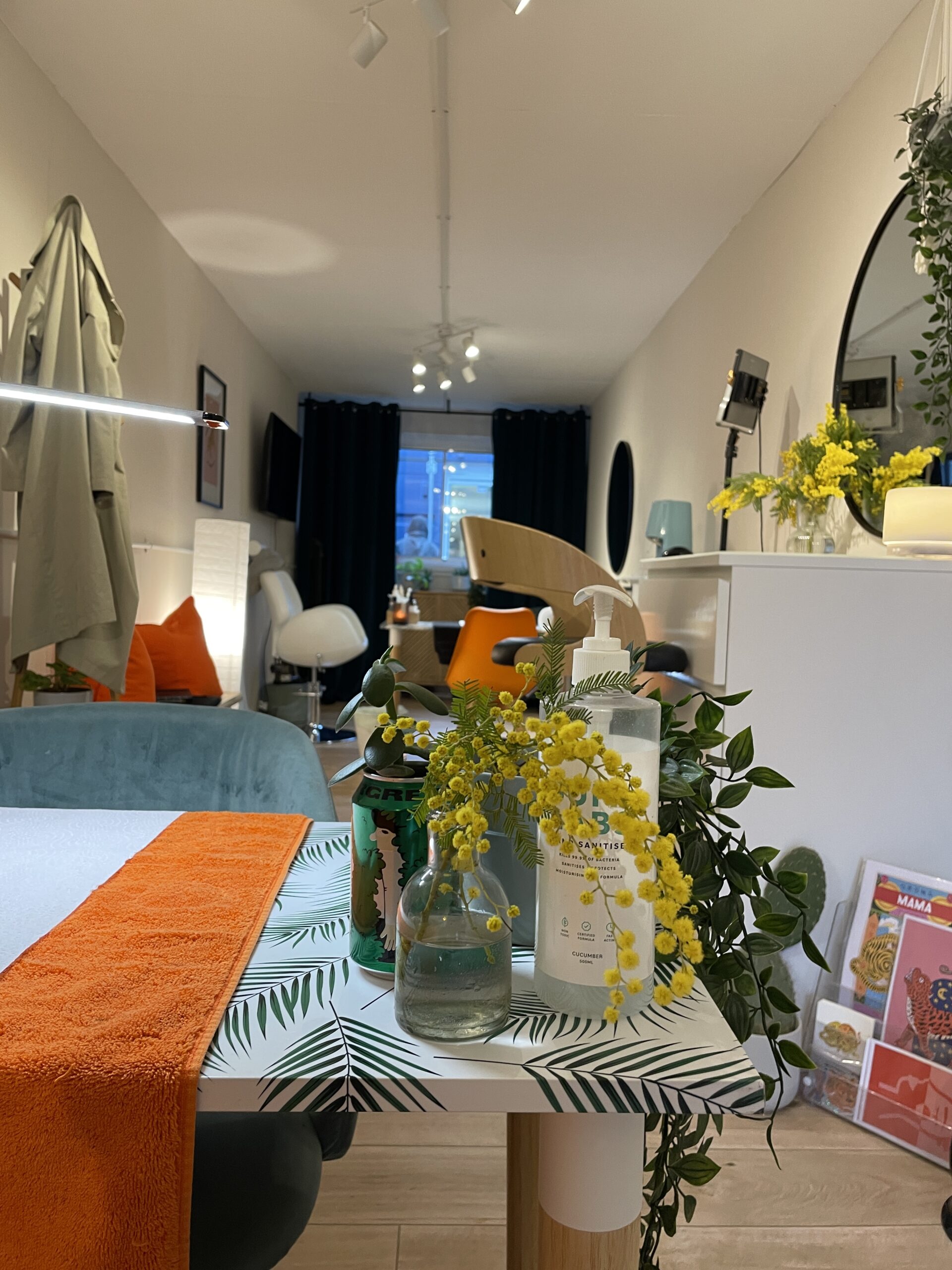 “I was quite a bad nail biter when I was younger and it wasn’t until my ex-boyfriend’s mum started doing my acrylics that I totally fell in love with the process,” began Ned.

“It wasn’t just the nails, we really bonded over the intimacy and closeness that being a nail tech brings, and I guess that’s what I enjoyed the most and inspired me to begin my own business.”

Ned timed her debut perfectly, as she began exploring her creativity through nail art in early 2018. Through the power of social media, predominantly Instagram, she began posting pictures of her intricate designs that covered everything from bright florals to animal prints and psychedelic swirls, drawing inspiration from the back street nail salons of Brooklyn and Southeast Asia. 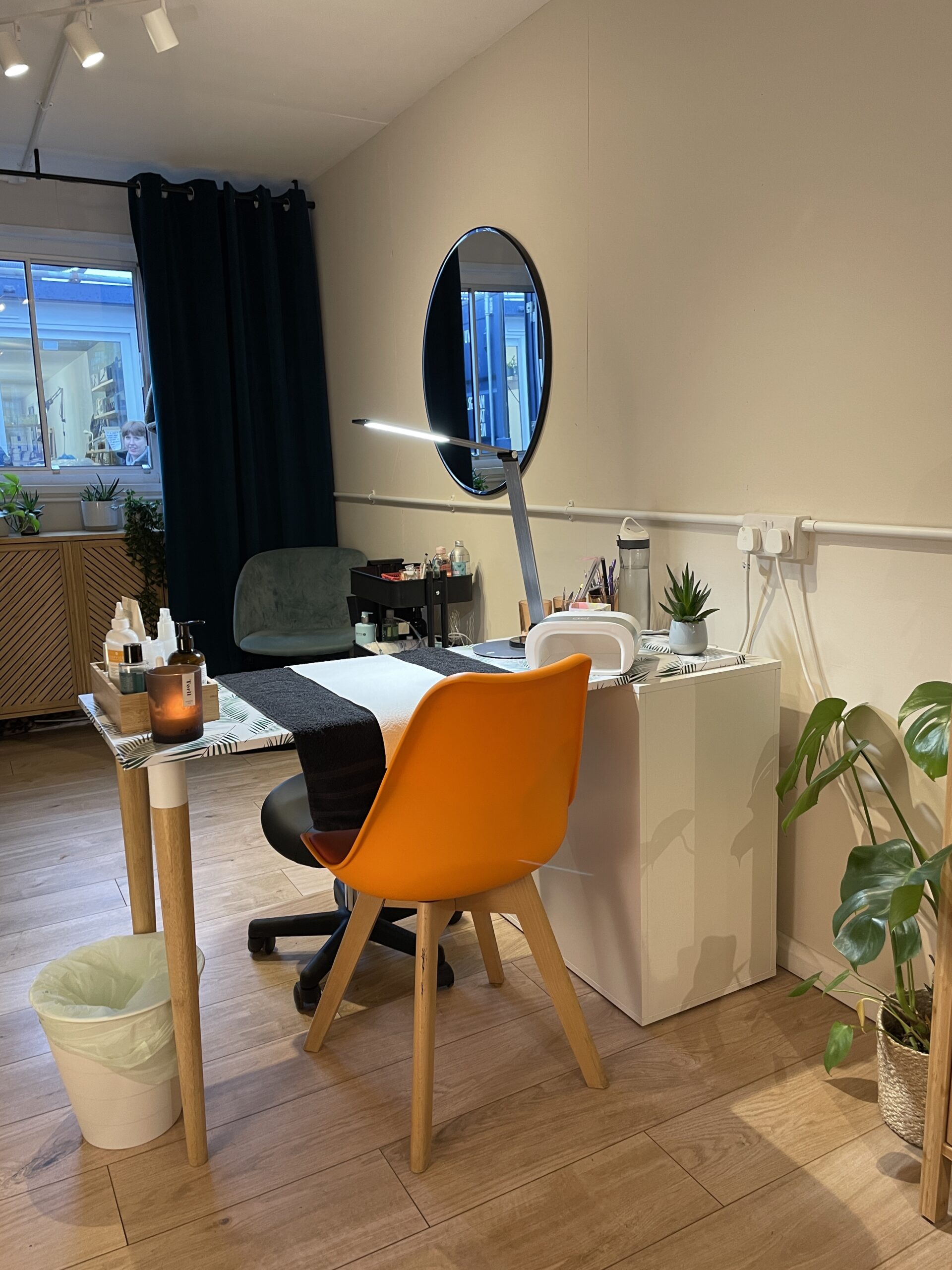 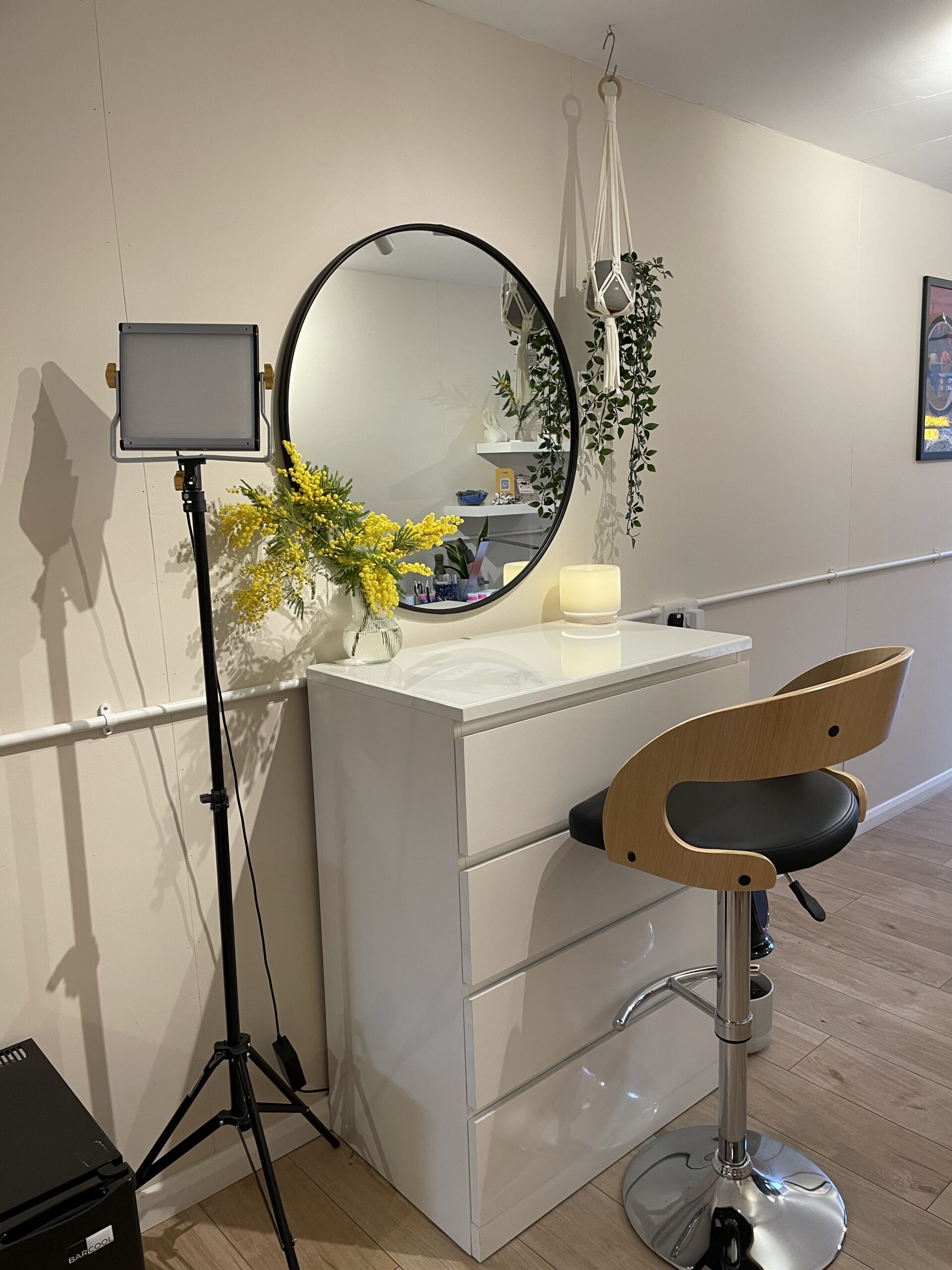 “I used to work in a studio called Rain in Cheetham Hill with Millie Ansons, who currently does make-up at the studio now, and after a short stint there I opened up my own space at Pollard Yard,” furthered Ned.

“I didn’t actually know I was opening my own business at the time, I thought we were all moving over as a collective from Rain, but they had very kindly organised a separate studio just for me! It completely went over my head that I was starting my own venture, though. The two weeks before opening I was panic-stricken, figuring out how to do taxes and just be my own boss, but I’ve called the Yard home ever since.” 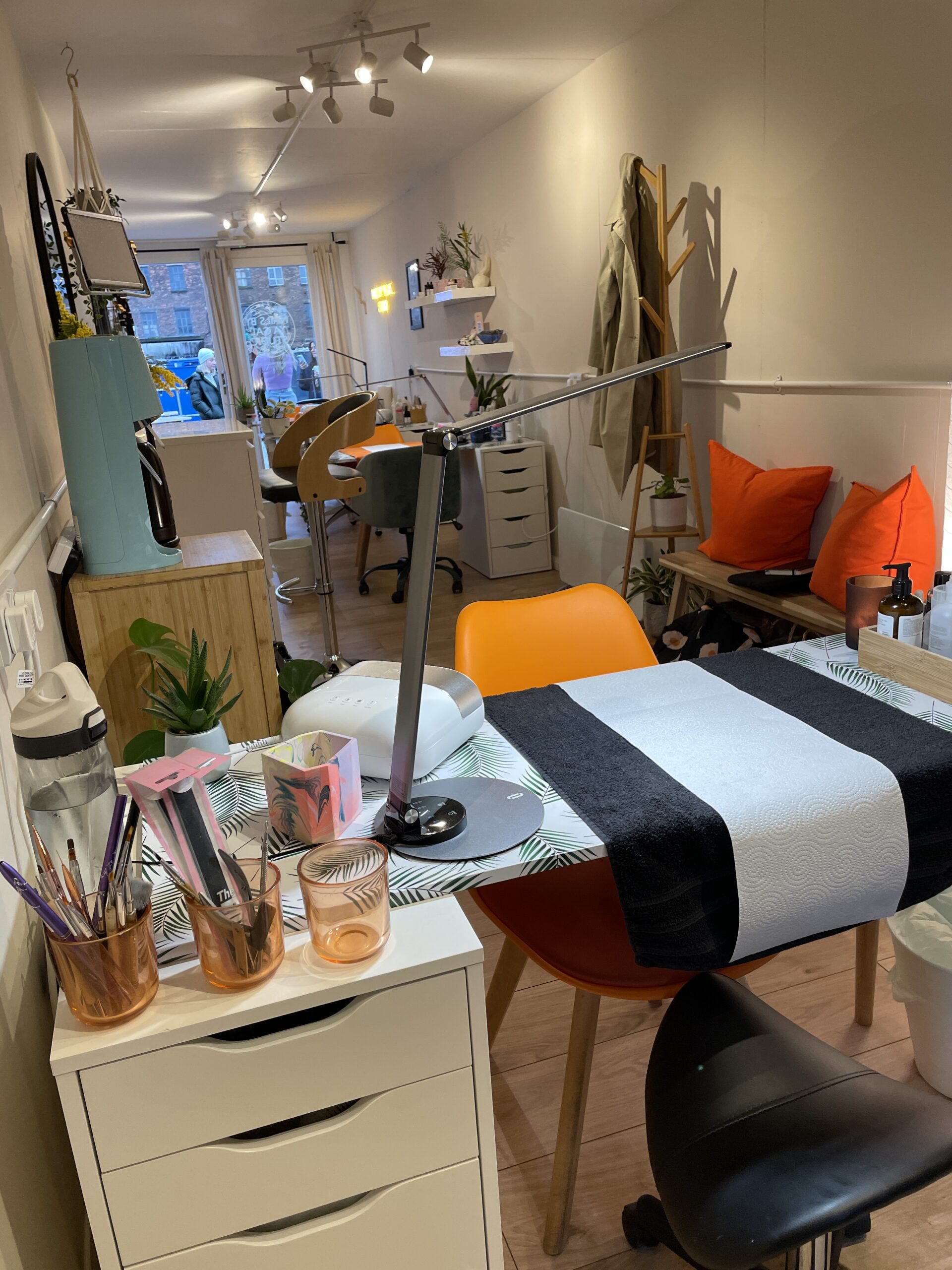 Nails By Ya Gal Studios has now expanded exponentially and Ned is joined by a team of wonderful women who all offer something a bit different to the studio’s very own nail art scene. 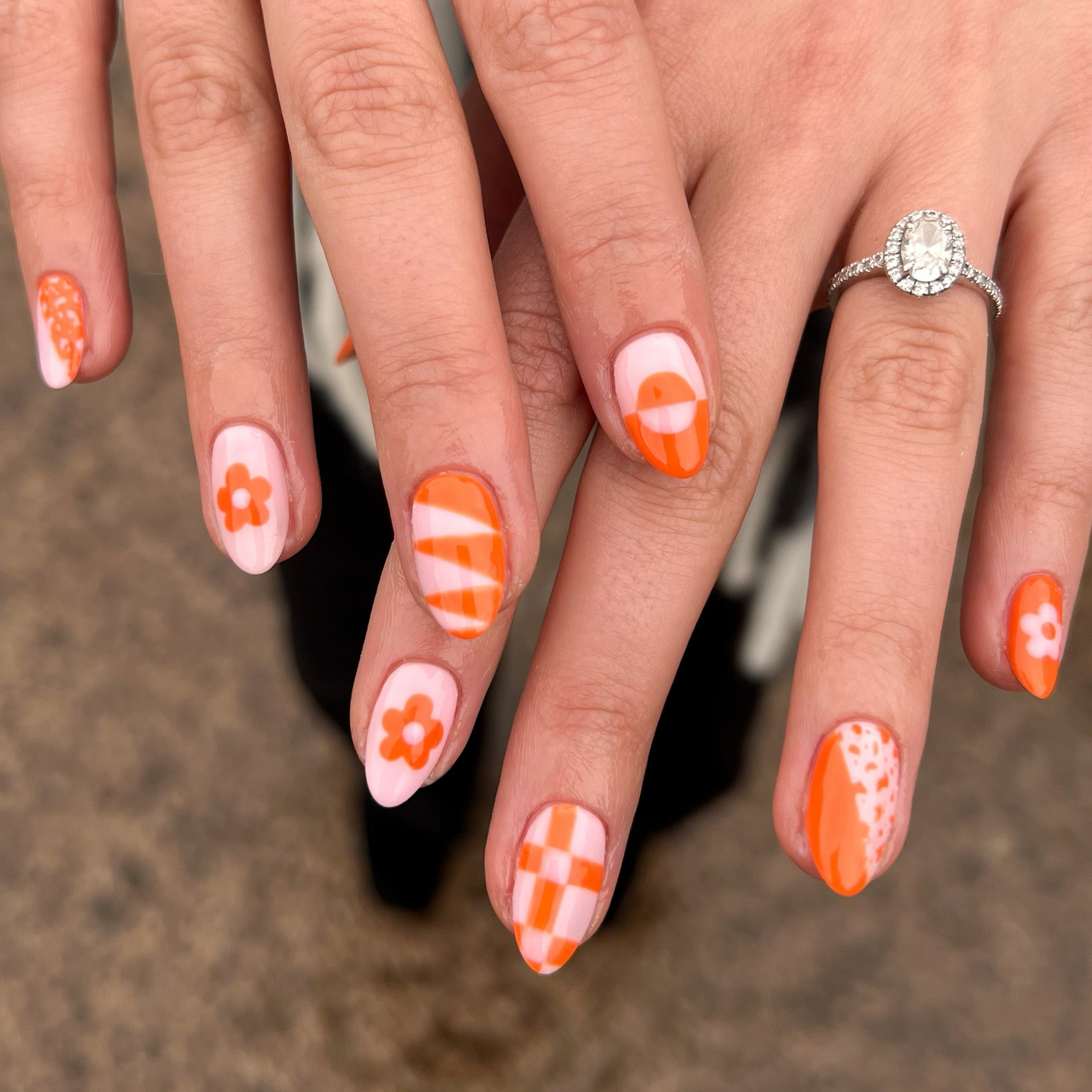 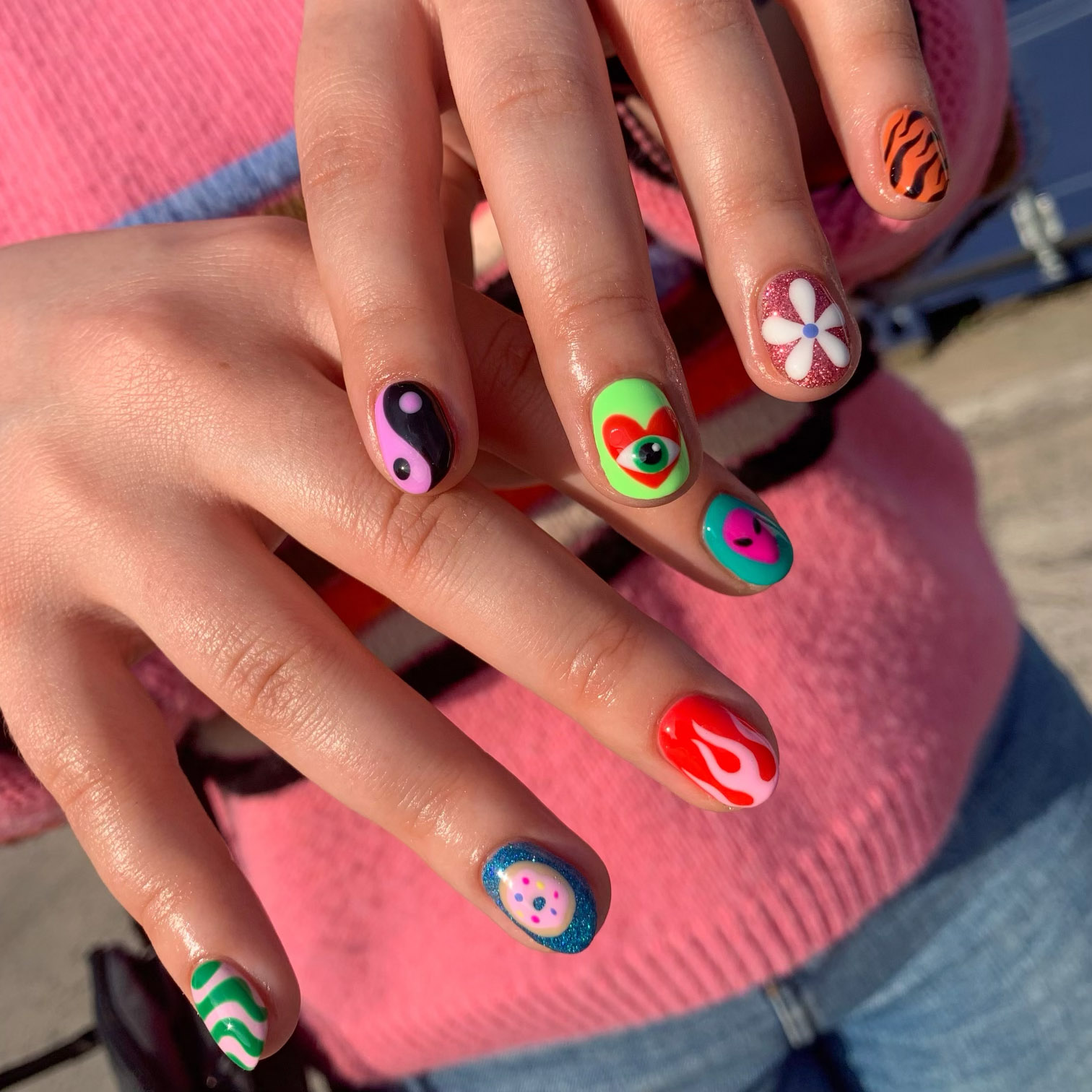 Completing the line-up of fierce creative females is Georgia Buckley / @nails.bygeorge. Georgia is a devoted art lover first and foremost, and no nail job is too big or too small! She’s painted even the smallest nails with detailed Keith Haring characters and 3D dice, as well as Chanel logos and dreamy sunsets. 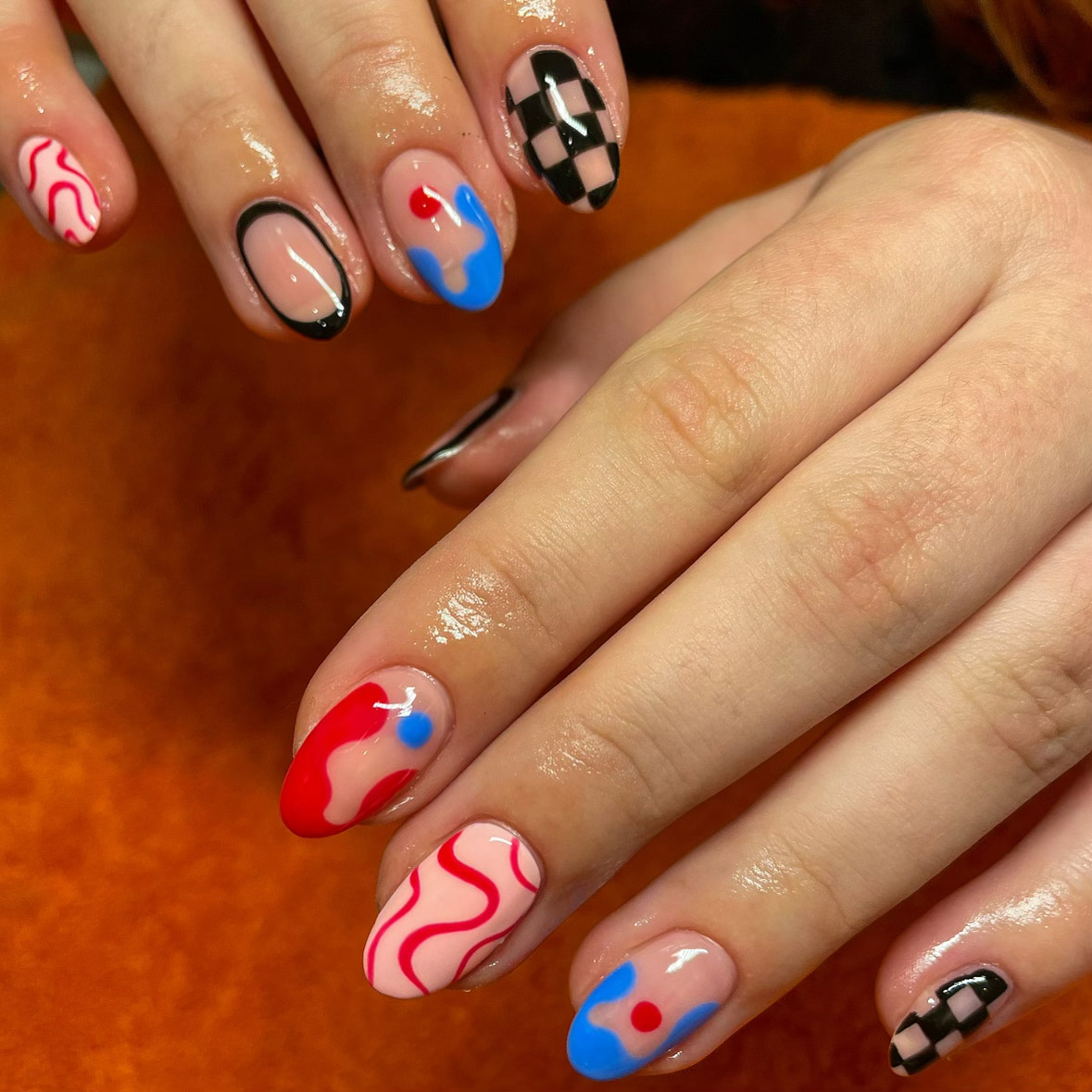 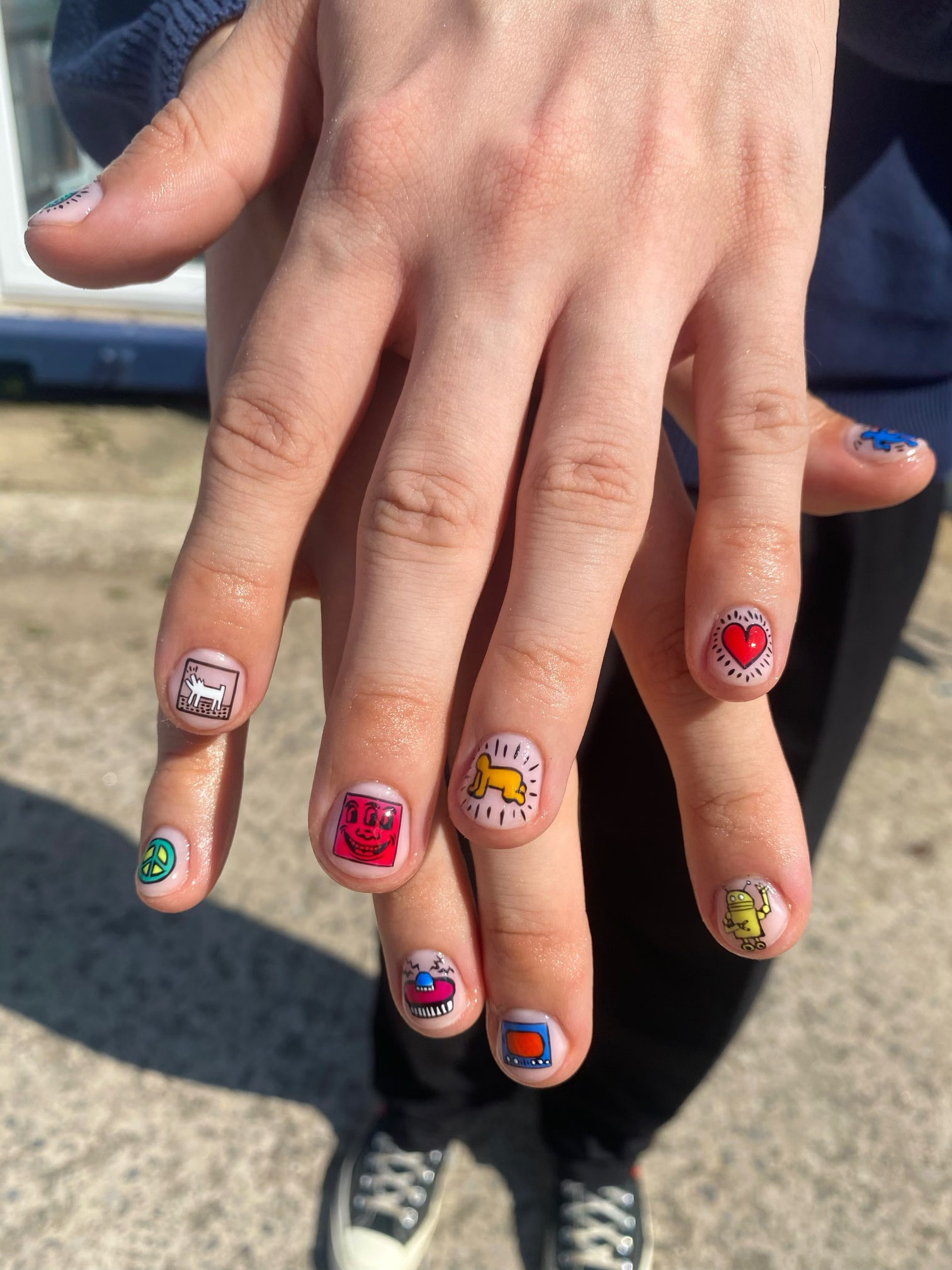 As much as their talents shine through their mind-boggling creations on the most minuscule of surface areas, every single one of the artists tell me that the main thing that made them fall in love with the job is their clients.

“You cross paths with people you may never have before, you literally make friends with absolutely everyone who walks through the doors,” said Chloe. “I love all of my clients, I even went to one of their weddings!” 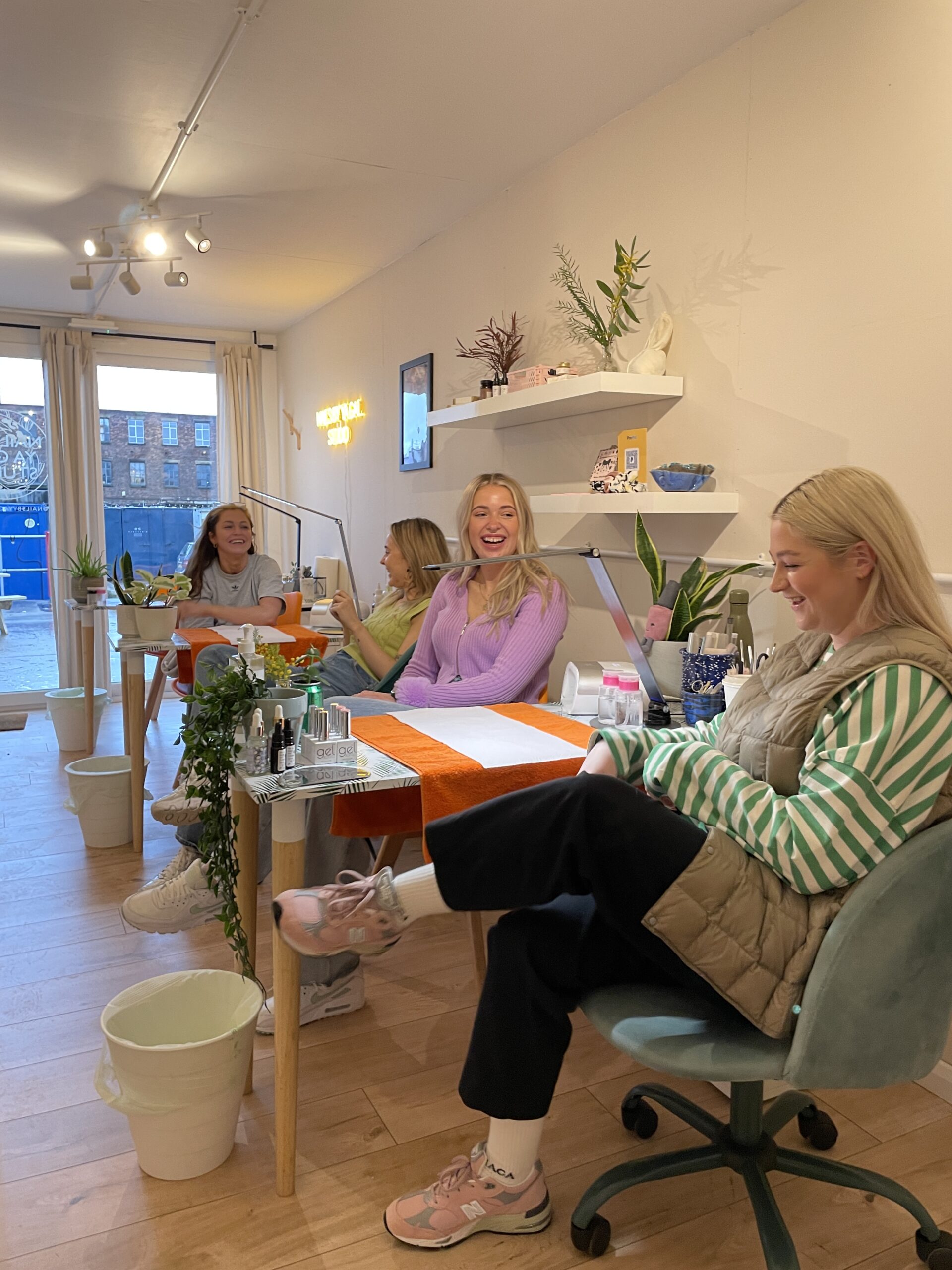 “It’s the same for me,” furthered Ned. “A lot of my clients are older, so I feel like I get a lot of their wisdom. They always give me the best advice from different perspectives, rather than just talking to your mates who are likely to have similar views.”

Nails By Ya Gal Studios is a welcoming and inclusive space for nail art and self-expression. The studio’s future plans, Ned tells me, is to open another space in another city that’s as homely as their base at Pollard Yard. If you’re lucky enough to find yourself in the comfort of a nail artist as lovely as these lot, just know that you’re probably making their day as much as they are yours.

Fitness, Yoga & The Secret to Happy: A Brand-New Wellbeing Festival is coming to Manchester in June