Made in Manchester: The Harrington Jacket

You know that jacket that's graced the backs of everyone from Elvis to Steve McQueen? Well, it's Mancunian. 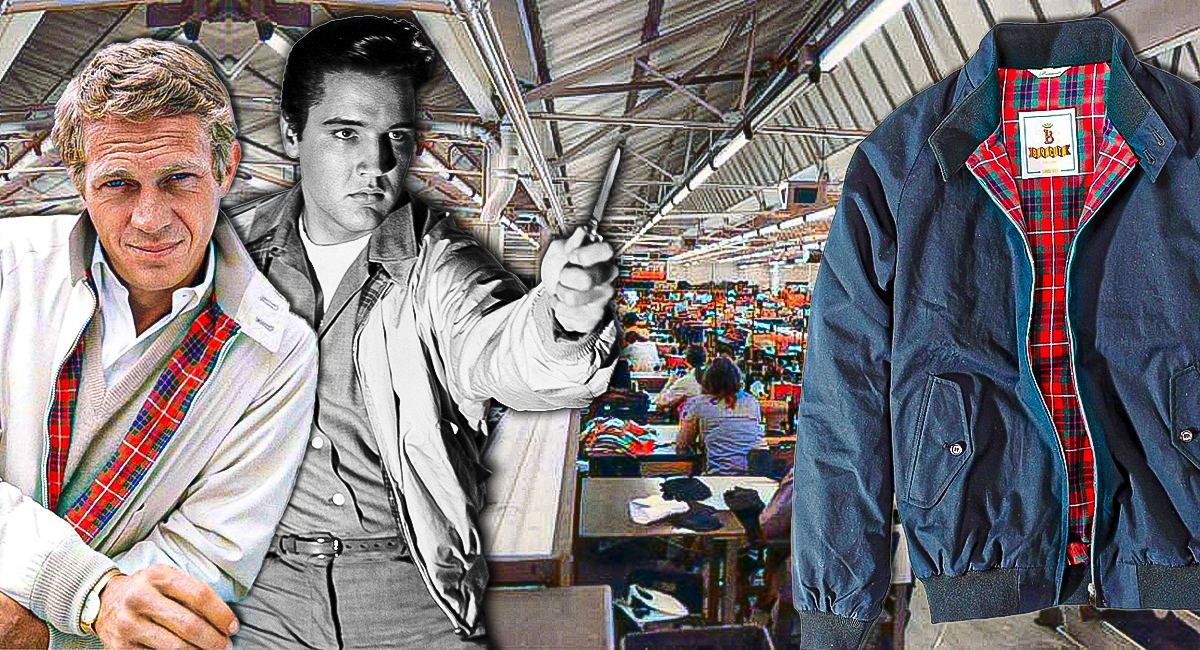 When I was a young, impressionable teenager, I used to flick through the fashion sections of FHM, Maxim and, when I had a particularly flush month of stacking shelves at Iceland, GQ – all in the hope that they’d solve the problem of my terrible clobber.

Apart from a little shop on Yorkshire Street in Oldham called Zutti – I didn’t have much to go off back then, with a wardrobe reduced to crap t-shirts from Matalan and the odd George at ASDA piece. The magazines opened my little mind into something much more exotic, interesting and generally just – better. 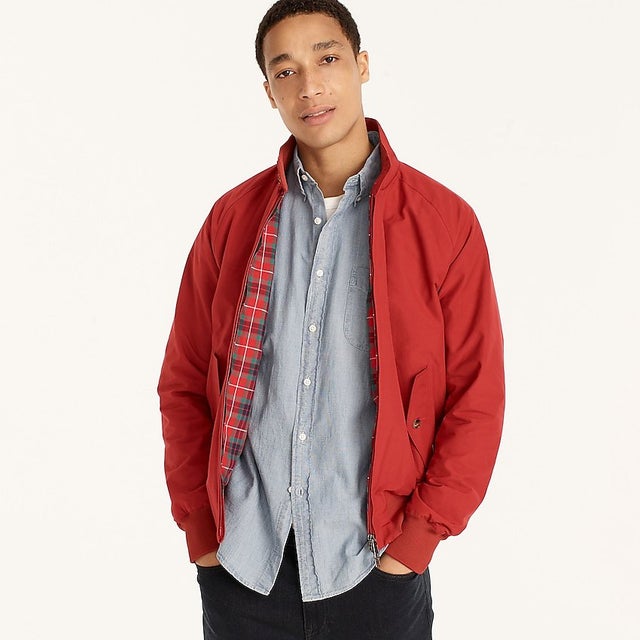 It’s at this point that I was introduced to the Harrington Jacket, which would find itself on lists called ‘The 10 Clothing Items You Must Have In Your Wardrobe’ and ‘The Only 5 Things You Need In Your Wardrobe to Look Good’.

You see, the Harrington Jacket is a truly timeless piece, a testament to the fact that it hasn’t changed at all in nearly 100 years, and the most interesting thing is that I only just found out yesterday that it was invented in Manchester! Get it added to the list of brilliant things that this city has brought to the world. 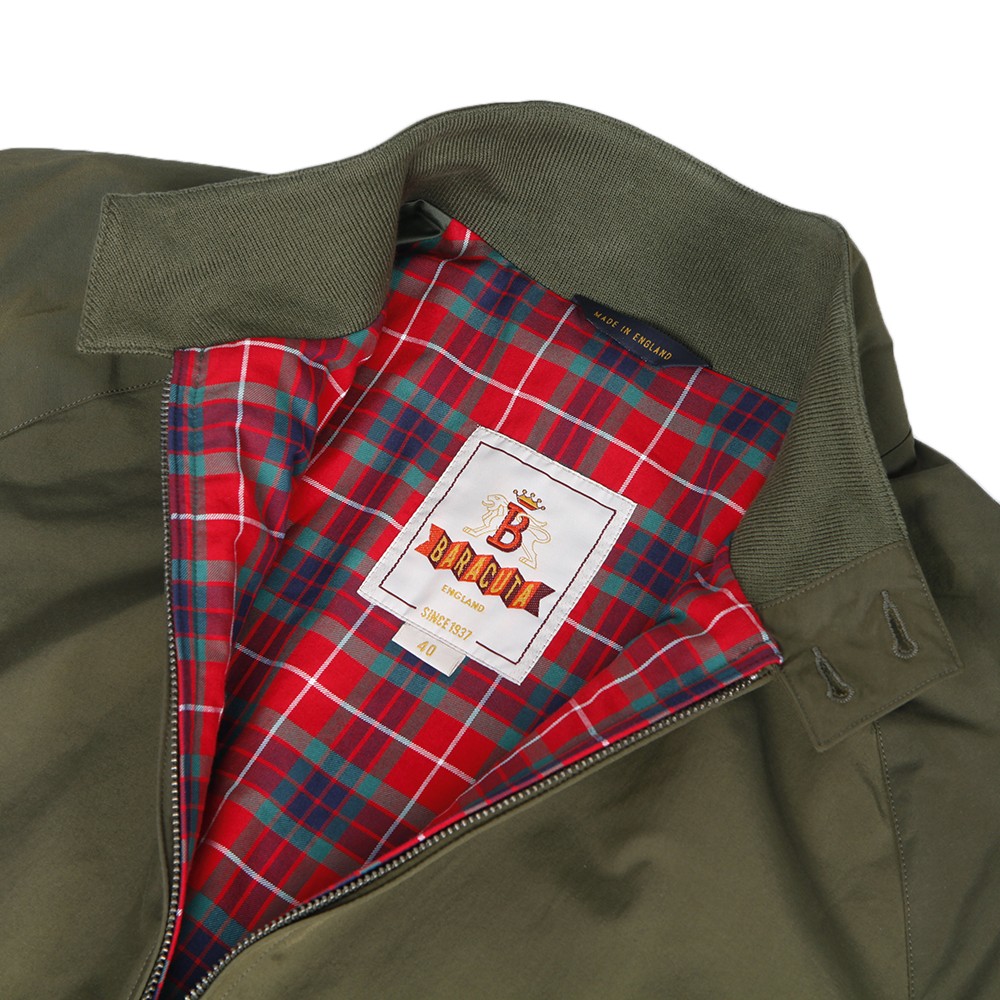 You might be wondering why in the world I’m talking about a jacket. And why you should bother reading an article that’s essentially just about a bit of cloth that sits on your back when you’re running about outside. Well, the Harrington Jacket isn’t just any jacket – this thing is ICONIC.

It’s a design classic, in the same vein as you’ll see an AK47 in a museum in Moscow, or a pair of Converse on display in the States; the Harrington Jacket is known the world over, and has adorned everyone from Steve McQueen, Frank Sinatra, Elvis Presley and most important of all, a spotty 17-year-old from Oldham. 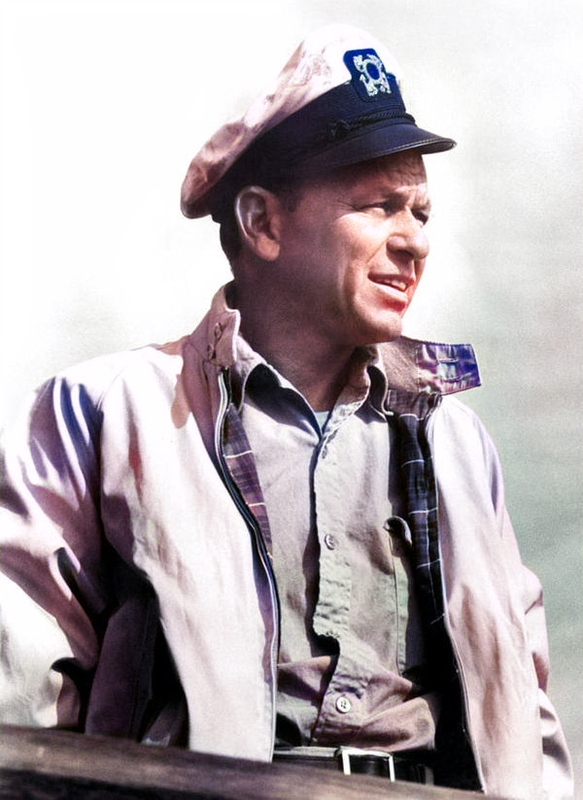 The story of the Harrington Jacket is rather interesting too insofar that there’s some serious beef between two clothing companies about who actually produced the very first one. Both Baracuta and Grenfell, previously known as Haythornthwaite and Sons, claim to have invented the jacket in the 30s – and the jury is still out about who is correct.

Due to the fact that neither business kept many records at the time, I suppose we’ll never know who was the first to make it, but the important thing to remember is that both companies were based in Greater Manchester – with Baracuta owning a factory in Chorlton, while Grenfell were based in Burnley. 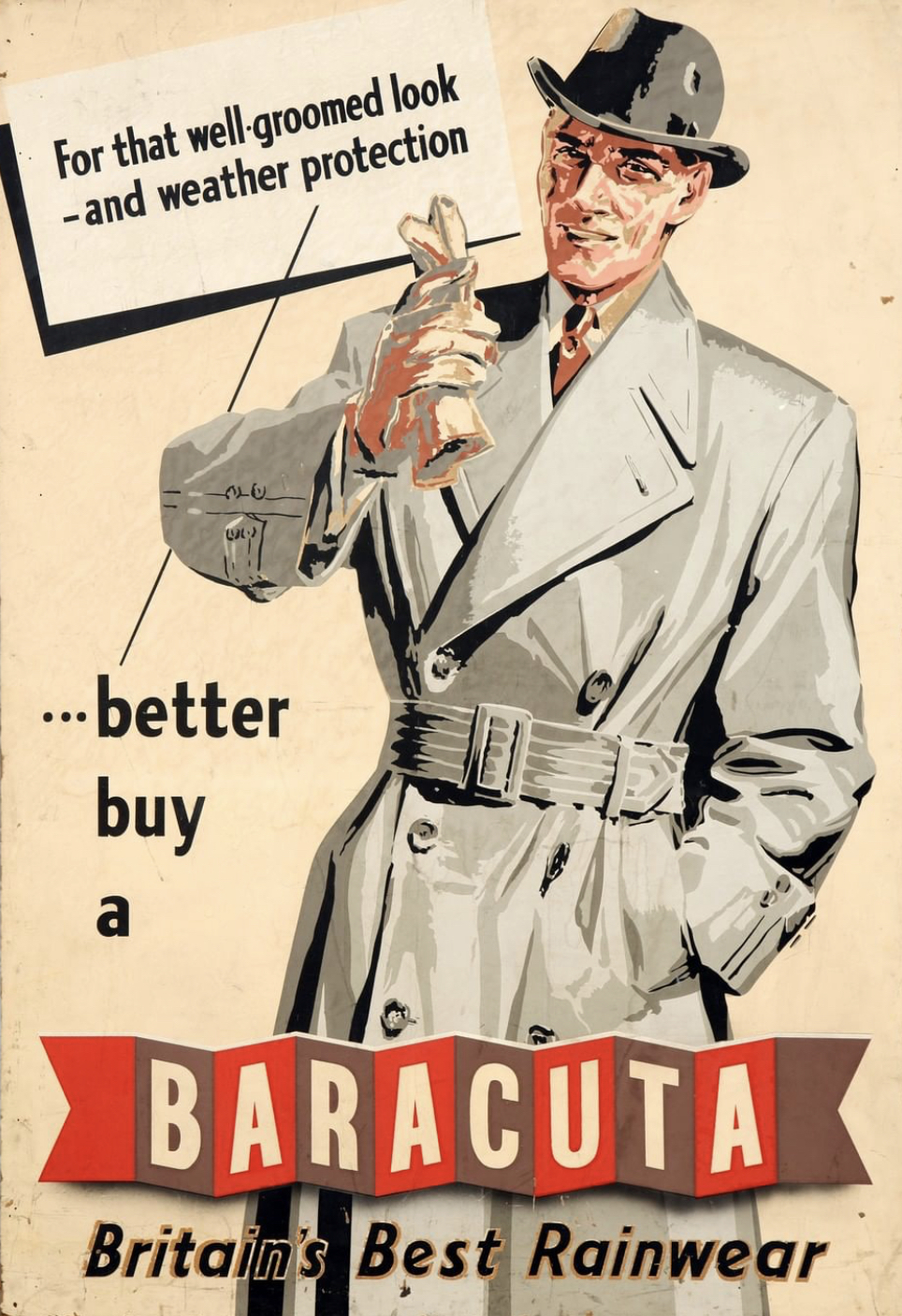 Due to the industrial background of Manchester, a city that was once the centre of the world’s cotton textile production, it’s only understandable that a number of clothes manufacturers would begin operating here. One of the many was Baracuta, owned by brothers John and Isaac Miller and producers of raincoats for brands such as Burberry and Aquascutum.

After a while though, the Miller brothers decided to develop Baracuta as an independent brand, and went about creating a number of unique designs – many of which were created for playing golf, which they’d both become keen players of as they rose up the ranks of the city’s bourgeoise elite. 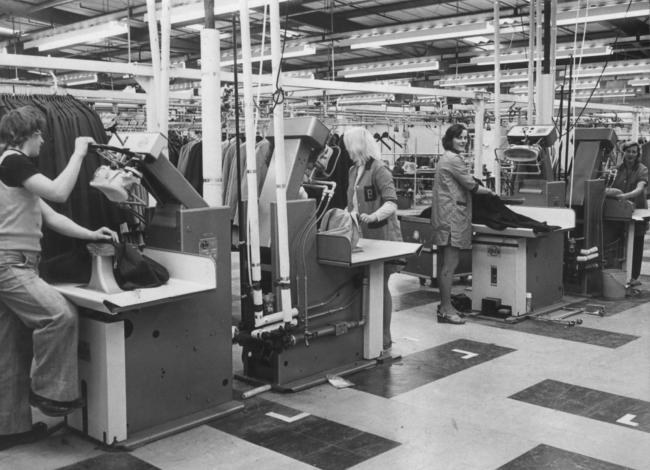 It’s at this point (around 1937) when the brothers claim to have invented the Harrington, which they called the ‘G9’ at the time (G stands for ‘Golf’). Grenfell on the other hand claim that they invented the jacket in 1931 – so did the Miller lads just rip off an earlier design? As I said earlier, we’ll never truly know for sure.

Regardless of who invented it first, the Baracuta G9 easily became the most successful jacket of the two, and one of the most important factors in this was the iconic tartan lining that the jacket has become well known for. 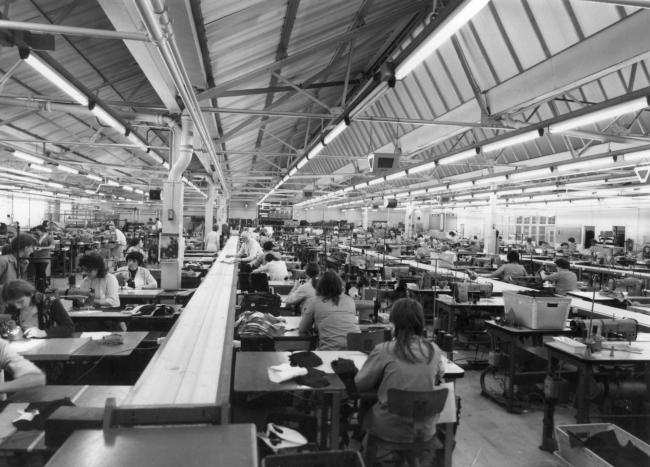 In 1938 John Miller tracked down a fella called Lord Lovat, who was the 24th Chieftain of Clan Fraser, and a prominent British aristocrat. Miller wanted to use the clan tartan on the inside of the jackets, and Lovat was very receptive to the idea – allowing the lads to re-produce the design for their jacket – a decision which proved to be integral in earning the Millers millions.

When war broke out a couple of years later, Lord Lovat became a huge public figure when he effectively created a Scottish group of shock fighting Commandos who would combine sea, air and land attacks using surprise as a key component of the fighting. Winston Churchill described him as “the handsomest man to cut a throat” and as the war went on, his heroism in battle certainly helped make Baracuta’s jacket a MUST HAVE clothing item. 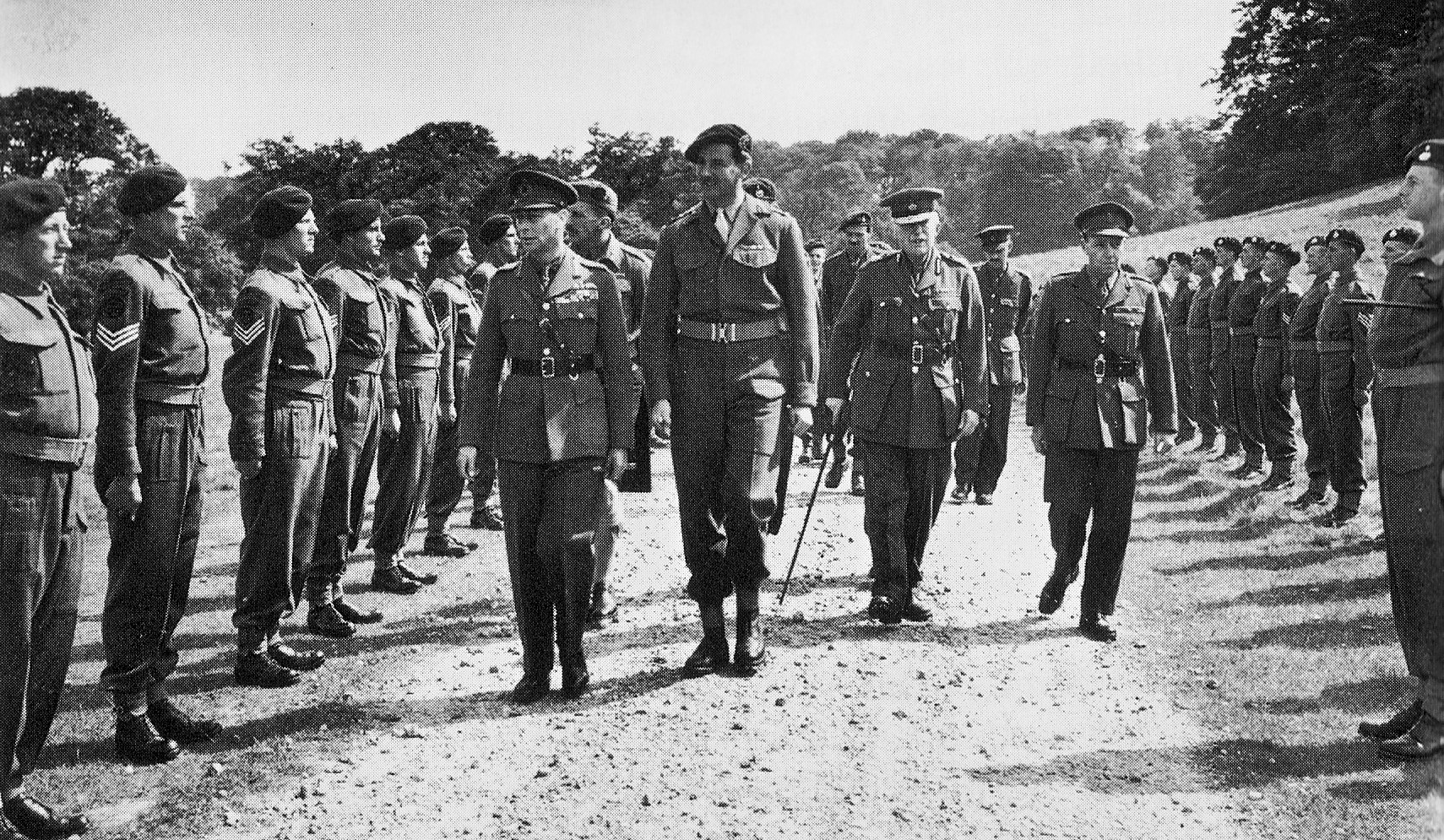 As the 50s rolled up, Isaac Miller decided that the United States was the new frontier, and began exporting his Harrington across the Atlantic, another seriously shrewd business move.

After war veterans saw the G9 jacket whilst stationed over in the UK, finally being able to buy it over in the states was a massive move. Quickly movie stars and A-listers such as Bob Hope, Bing Crosby and Ronald Reagan (the ACTOR!!?) were wearing them in movies and on the covers of magazines. 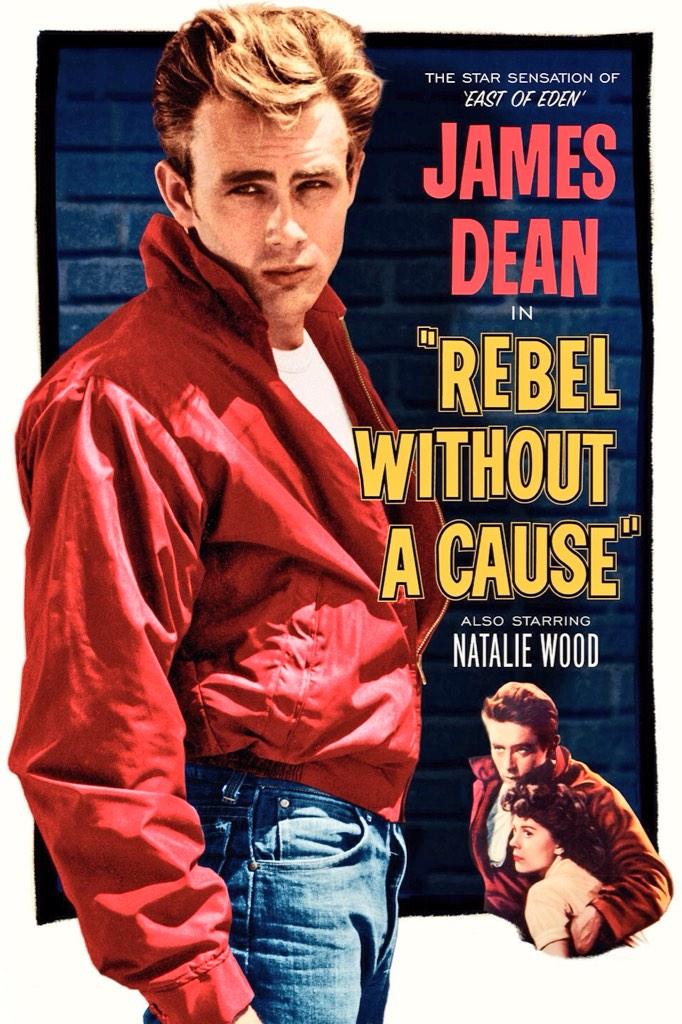 James Dean famously wore a red Harrington Jacket in the 1956 move ‘Rebel Without a Cause’, however, this wasn’t an official Baracuta jacket, but instead an eerily similar version produced by US company McGregor, called the “Drizzler”.

The appearance helped Baracuta achieve even more success in the US though, and just two years later, Elvis wore a G9 in the movie ‘King Creole’ – catapulting the piece onto everyone’s must-have lists and sticking this iconic design firmly into the history books.

The 1963 image of Steve McQueen on the cover of LIFE Magazine, seen wearing a Baracuta jacket, and appearances on golfing legend Arnold Palmer, actor Gregory Peck and Frank Sinatra certainly elevated the jacket’s reputation into the stratosphere. 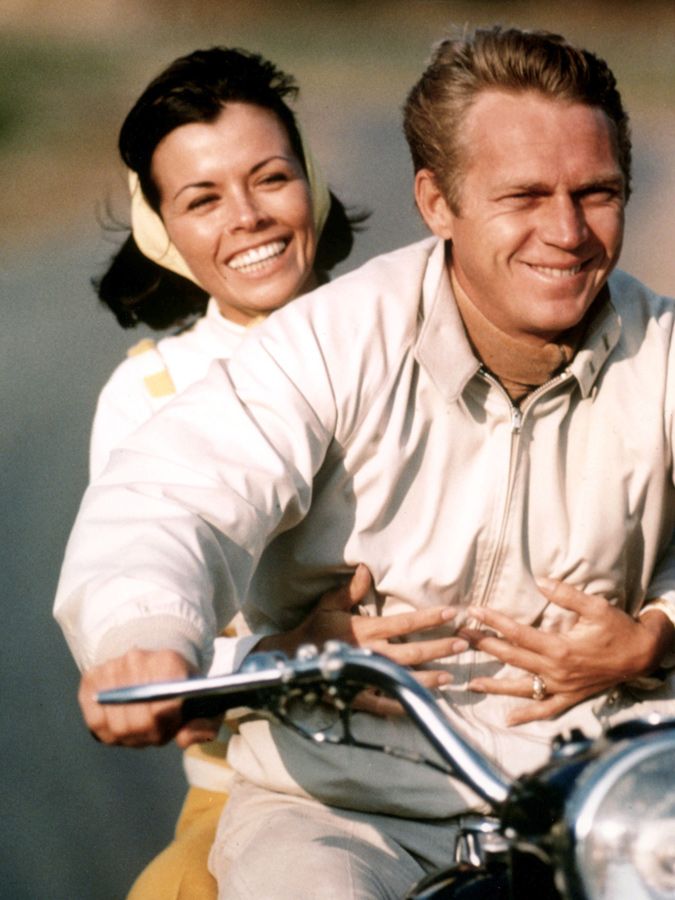 It also got its name ‘Harrington’ from an American 60s soap opera called Peyton Place, where the main star, Ryan O’Neill was always seen sporting one. His name in the show was Rodney Harrington, and it stuck.

The 60s and 70s in Britain were also massive for the Harrington Jacket as it was appropriated by the youngsters; first the Mods and then the Skinheads and finally the Punks. The popularity of the piece continued well into the era of Britpop and still to this day is one of the most worn, and most important jackets ever made.

Paul Weller himself put it perfectly when he said: “The Harrington is one of the most iconic jackets ever designed. It played such a huge part in my youth and is something I still wear today. It’s the perfect jacket – a real classic – it will never go out of style.”

Baracuta continued to make their G9 jacket in Chorlton, before moving to a huge factory in Bolton. They still make their iconic G9 in England, after they outsourced production to Asia in the 90s, they restarted manufacturing in the UK in 2012 at a factory in Leeds. 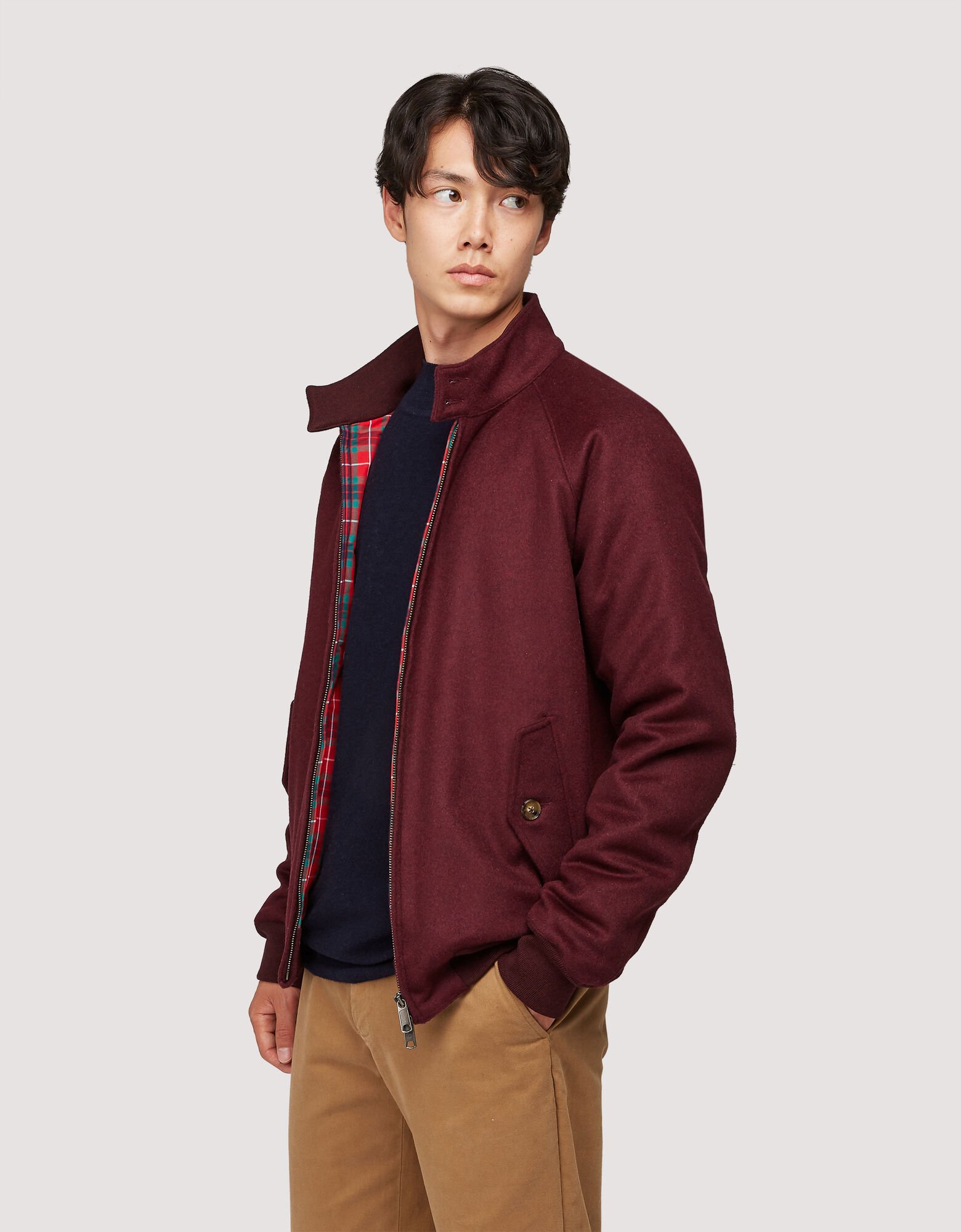 It’s still quintessentially an iconic Manchester piece, one which has conquered the world many times over, constantly re-inventing itself and appealing to young and old alike.

You’ll see people wearing a Harrington on the streets every single day, no matter where in the world you are – not bad for a couple of lads working in a little factory in Chorlton.