Martin Parr’s exhibition (dare we call it a Manchester retrospective?) opened at Manchester Art Gallery last week, with a launch attended by around 200 people.

Alan Murgatroyd, luminary of visual communication in the 70s and 80s (film director and founder of Multivison) and also tutor at Manchester Polytechnic, introduced Parr and regaled the 200 with stories of the “talented, eccentric and maverick” student who he took under his wing at that time.

Rather like a round announcer at a boxing match, an aide (perhaps less glamorous than would be seen at a boxing match) held aloft the photograph of a Bunny Girl that almost led to Parr being kicked off the photography course at Manchester Poly, because ‘the composition was all wrong, the Bunny Girl was too sensual, the background was too busy and the subject should never look at the camera.’

Murgatroyd saw only what he described last night as ‘a quizzical eye, a chronicler of reality.’

Maybe that is still the best description of Parr’s work during the subsequent four decades. Maybe the word ‘voyeur’ could be added to that.

Although it wasn’t all plain sailing. Joining Magnum Photos as an associate in 1988, Parr’s inclusion as a full member in 1994 was controversial, with iconic Vietnam war photographer Philip Jones Griffiths actively lobbying against his inclusion.

A look at Griffith’s stark reality photo journalism maybe explains why. Parr’s work is honest, not stark. Acceptable, not shocking. Poles apart. In 2014 Parr was elected President of Magnum Photos International, a position which he held for almost four years, so who was right?

Parr is often seen as a chronicler of the working class, but his breadth of work is much wider than that. He has recorded spontaneous and often whimsical moments of political and social change, charting the course of life, love and work through four decades.

Capturing moments which create the whole entity through his huge body of work, with no singular iconic image. Although I am sure he has his own favourites. Visiting ‘Return to Manchester’ will necessitate (if you are so inclined) looking at hundreds of images. Including the lady in the deckchair print on canvas made into, well, a photographic deckchair. Which made me smile.

The Martin Parr Foundation, founded in 2014 in Bristol, houses both his own huge archive of work and that of other photographers. Notably too, Parr’s extensive collection of his own published books. Maybe that’s the crux of the matter. Parr’s books, with simple, beautifully crafted typography are, to me, the best way to look at his work.

Just one image at a time, with the space to absorb a moment in time captured. 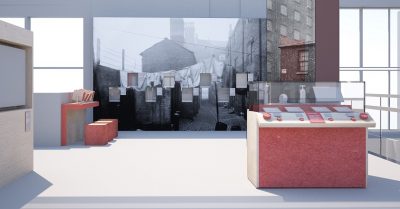 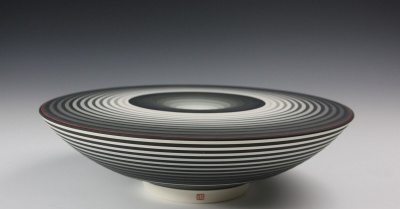