Matilda The Musical at Palace Theatre

Everyone's favourite Roald Dahl book (and Danny DeVito film) Matilda is coming to Manchester this September in the form of the multi-award-winning musical from the Royal Shakespeare Company.

Inspired by the beloved book, and featuring original songs by Tim Minchin, Matilda The Musical is the story of an extraordinary little girl who, armed with a vivid imagination and a sharp mind, dares to take a stand and change her own destiny.

Premièring at the RSC’s The Courtyard Theatre in Stratford-upon-Avon in November 2010, Matilda The Musical has travelled all around the world with productions on Broadway, the West End, and even as far away as Australia (where it managed to win every award under the sun).

The production is fantastic, and if you’re a fan of the book, you’re in for a treat. Harry Wormwood will have you laughing into your choc ice, and the scene with Bruce Bogtrotter eating that big chocolate cake is both technically and musically out-of-this-world good.

The production is now coming to the Manchester Palace Theatre from Tuesday 18th September until the 24th November. You can get your tickets below: 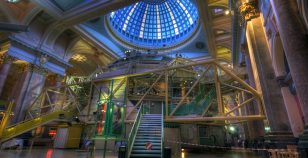 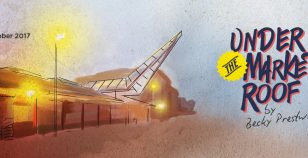 Under The Market Roof: Theatre at Chorley Market