Just 30 minutes from Manchester by train, we head to the most famous town in the stunning Calder Valley, renowned for its creative community and century-spanning history, to discover a surrounding landscape plucked straight from a postcard, complete with plunge pools, huge boulders, and lost mills.

Situated in the picturesque Calder Valley — long since prime commuter zone for both Manchester and Leeds — Hebden Bridge is hardly off the beaten track. In fact, we picked this as the starting point for the first in our new video series of Weekend Walks precisely because this mill town turned quirky artsy enclave lies right on the tracks, and can be easily reached by train in around 30 minutes from Victoria Station. 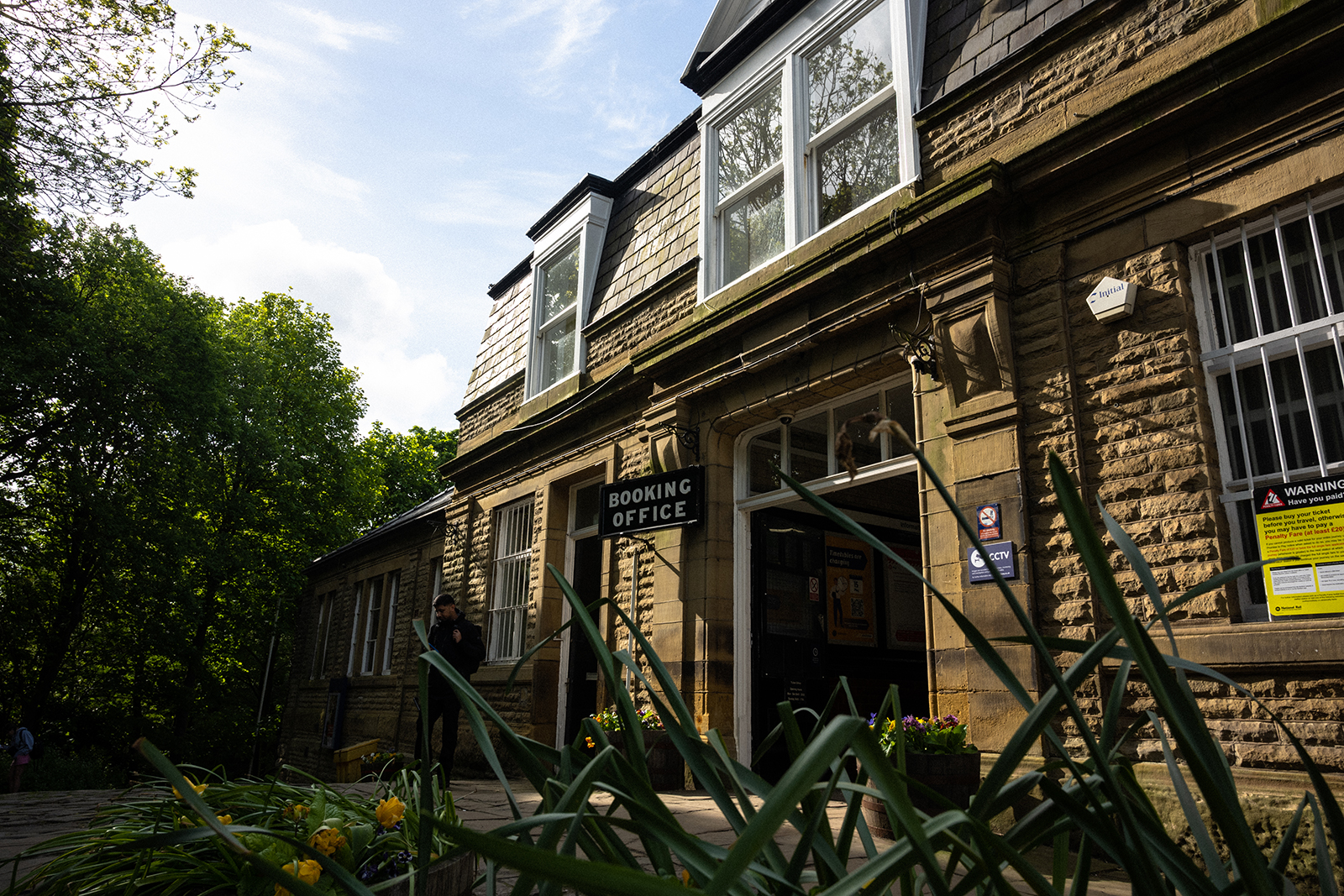 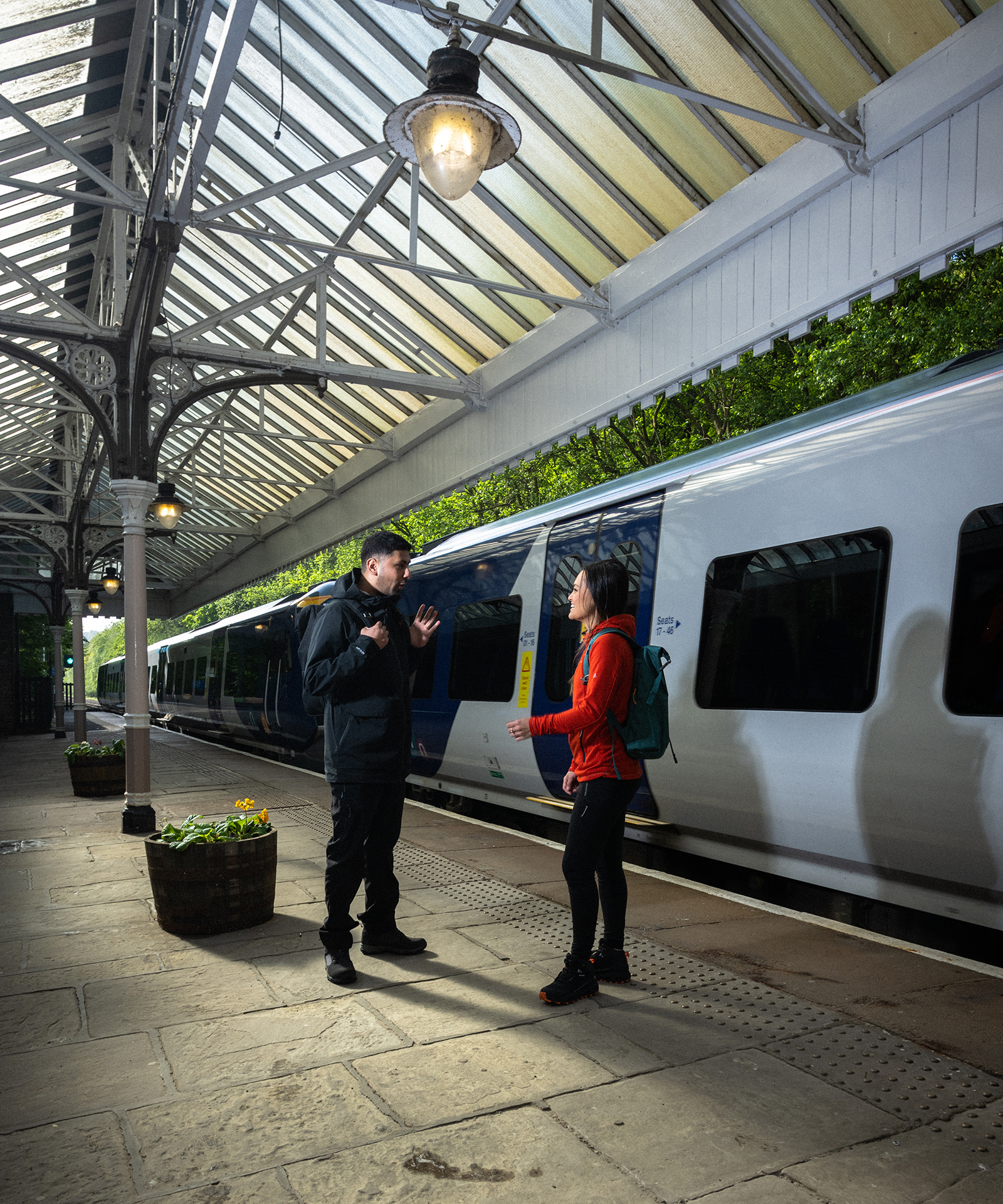 Don’t let the proximity of those two sprawling metropoles fool you, though. Our guest for this episode is the acclaimed North West NFT artist Numan, and the crypto-minded creative quickly tells his guide Hanna the place “feels like I’m on holiday” after the short walk from the beginning of our route — Hebden Bridge Railway Station — to the first waypoint, the iconic Old Packhorse Bridge in the centre of town, originally constructed way (way) back, circa 1510.

As the name suggests, this crossing over Hebden Water formed part of an extensive network of trade routes that criss-crossed our region long before canals, let alone roads. Mules were top-loaded with all manner of goods and items, taking them from producer to market, many of which were springing up at that time. Salt, coal, knitted goods — you name it, the horses would carry it at a pre-industrial benchmark setting average speed of three miles an hour. The world beyond has changed dramatically, but the location remains among the most photographed in the area, and a great place to stop and take five with a coffee and cake (head into nearby St George’s Square for a good choice of cafes and delis, and wander further for a plethora of craft stores, galleries and more).

From here, the journey follows the smallest of the town’s two little rivers, Hebden Beck, out to the aptly named Midgehole, where, at the right time of year, swarms of the little biters take up residence. Don’t let that put you off for a second, though — this is a stunning corner of a place renowned for its beauty, and also has its own packhorse bridge to discover. After that, our route edges deeper into the forest — our hiking pro and digital art expert visited mid-spring and the floor was covered in bluebells, but it’s spectacular year-round. 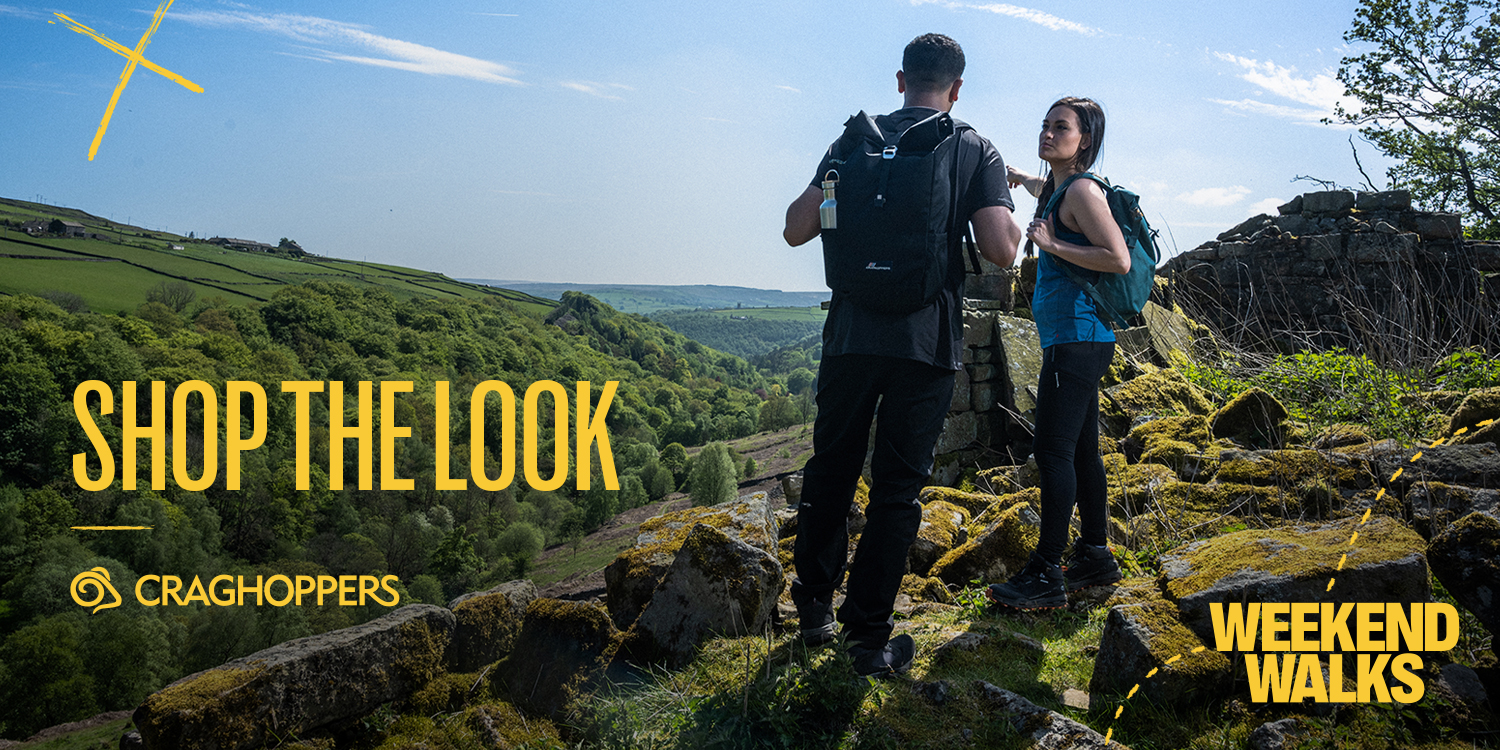 A while longer, with altitude gradually increasing, Small Shaw Lane will present itself, a narrow country road where Grade II-listed Wheat Ing Bridge can be found. Another perfect example of the architectural style this corner of the planet is known for. Next, a marked public footpath helps you climb the upland meadows of Charles Rough, at which point trees part and the sky seems to open, valleys behind and below.

Continue on the path and you’ll soon spot this adventure’s crown jewel — the “hidden” waters of Lumb Hole Falls. Like something out of a forgotten chapter (or scene) in The Hobbit, only on most days with more Yorkshire folk jumping off a rocky outcrop into the pool, you might not want to do like Numan says and get the laptop out for some essential non-fungible fiddling, but each to their own really.

While this is arguably the highlight it’s only halfway on our route. So once you’ve soaked up the sights and sounds of the waterfalls, or soaked yourself in the water itself, it’s on to the hilltop track known parochially as Sunny Bank. On the day our video was shot it certainly lived up to that name, offering uninterrupted views across Hebden Bridge and the valley to Stoodley Pike, the name of both a hill and the 121-ft monument sat at its summit.

Continue through some typically eye-catching northern English green fields — being sure to close gates to keep sheep in — and we eventually drop into the National Trust-owned semi-wilderness of Hardcastle Craggs, where an abundance of rock formations score the protected area, ideal for climbing on and over. Again, once up high the vistas are difficult to countenance, if not impossible, and really capture why so many people are opting to escape nearby cities and establish basecamp here. Well, maybe not right here, but Hebden and the surrounding villages.

Our penultimate stop is Gibson Mill, a little closer to Hebden Bridge. Set in this rugged mini-valley, the building was one of the first cotton cloth manufacturing sites established during the Industrial Revolution. Today, it often hosts events and is home to a cute secondhand bookshop and cafe situated in the old Weaving Shed. Even when closed — as it was when our team visited — it’s a sight to behold from the outside, ideal for photos as you draw nearer to town, where one last waypoint awaits: the centrally located and appropriately named Hebden Bridge Mill.

This landmark of blackened Yorkshire stone, covered in rich red and deep green Virginia Creeper, has a history dating back to the early 1300s, was abandoned in 1956 and saved from demolition two decades on. Today, it stands fully restored and is home to a number of businesses, including Innovation Cafe & Gift Shop. You’ll find arguably the best ice cream in town here, not to mention an original waterwheel powered by the river below. An ideal refreshing respite before the not-so-long trek back to where we began — that train station with regular, direct services to Manchester Victoria. Now, how’s that for a serene and spectacular single day escape?

The 2x Michelin Star Kebab available this weekend ONLY!