A giant footprint was discovered in Chorlton, and it has claws... 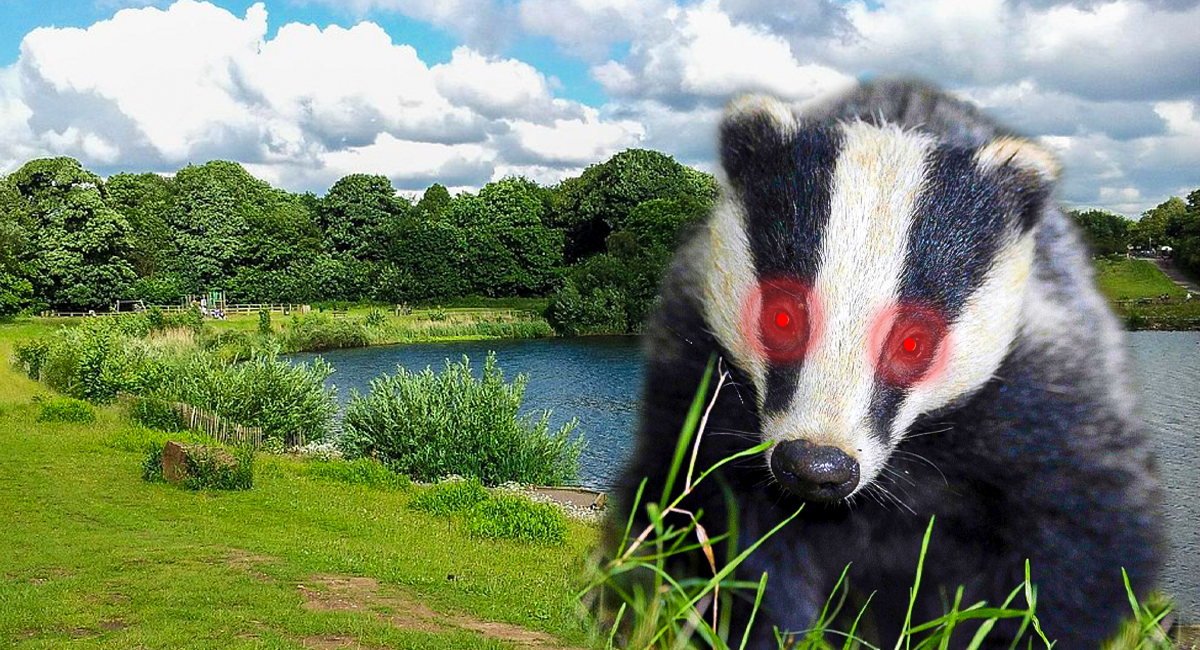 Not content with having to deal with light flooding and the rising cost of Merlot, the people of Chorlton now have a ‘beast’ to contend with – one with HUGE claws bigger than a grown man’s foot.

You’ll find all sorts of wildlife around the Water Park, from voles to mink and even the odd deer, but none of them can account for the discovery of a huge footprint by a bloke called Jim Salveson back in 2017.

He ended up in the Daily Mail of all places, and even though it’s an absolute rag and I wouldn’t even dab my bottom with it – that’s a pretty impressive feat in itself. All because he was “baffled” after spotting a giant footprint with claw marks while out walking his dog in the Water Park. 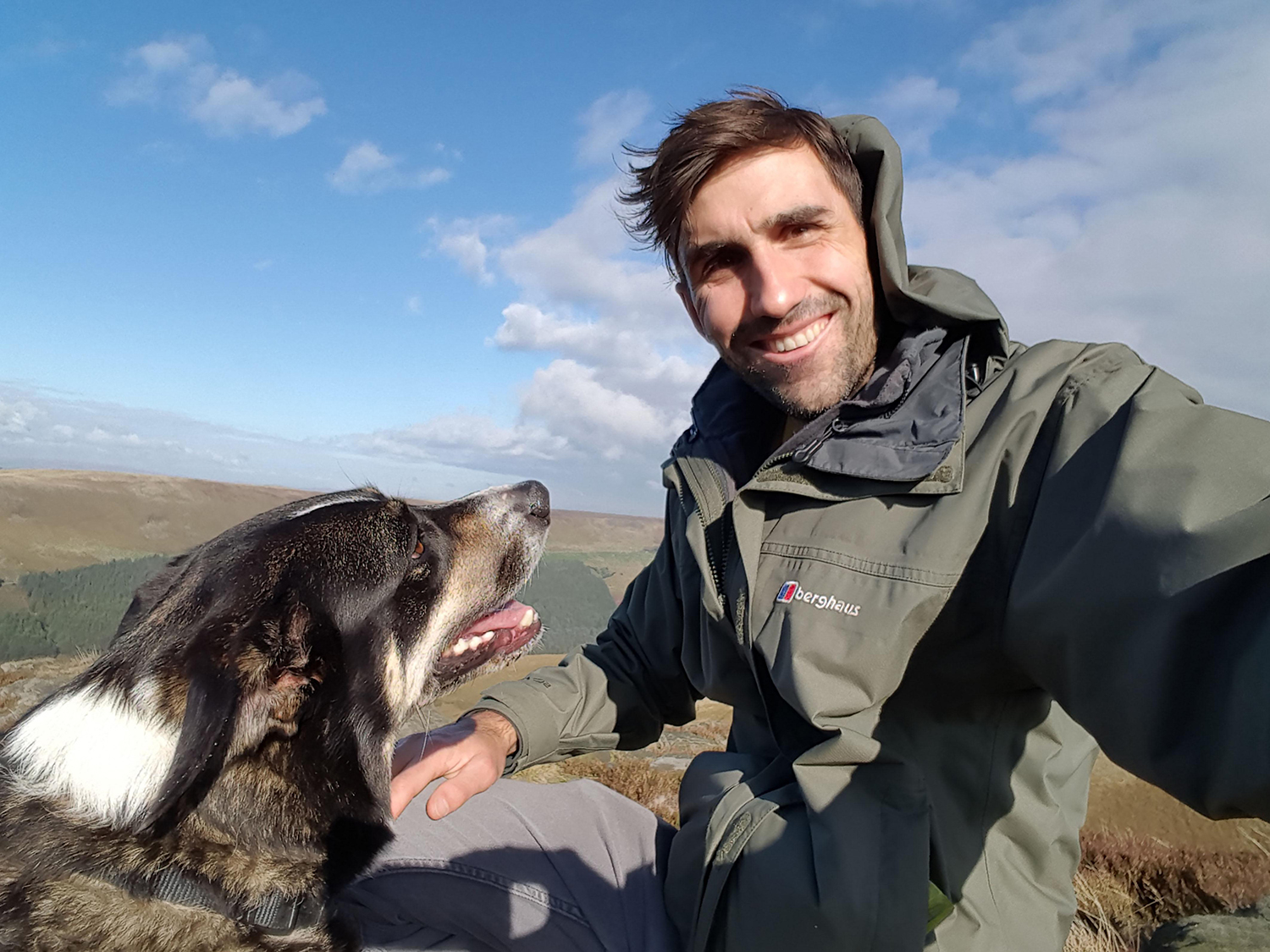 Now, I’ve only just recently got myself a dog, and he’s not been for a walk down Chorlton Water Park yet, but I can imagine that those little four-legged blighters absolutely LOVE it. As I said, there’s loads of wildlife, things to chase, grass, running water, sludges and slimes – everything a healthy dog needs.

But could Jim’s discovery all those years ago really make the Water Park a no-go area for your little doggy? Is there something sinister lurking in the shrubbery and bushes just waiting to jump out and pounce? 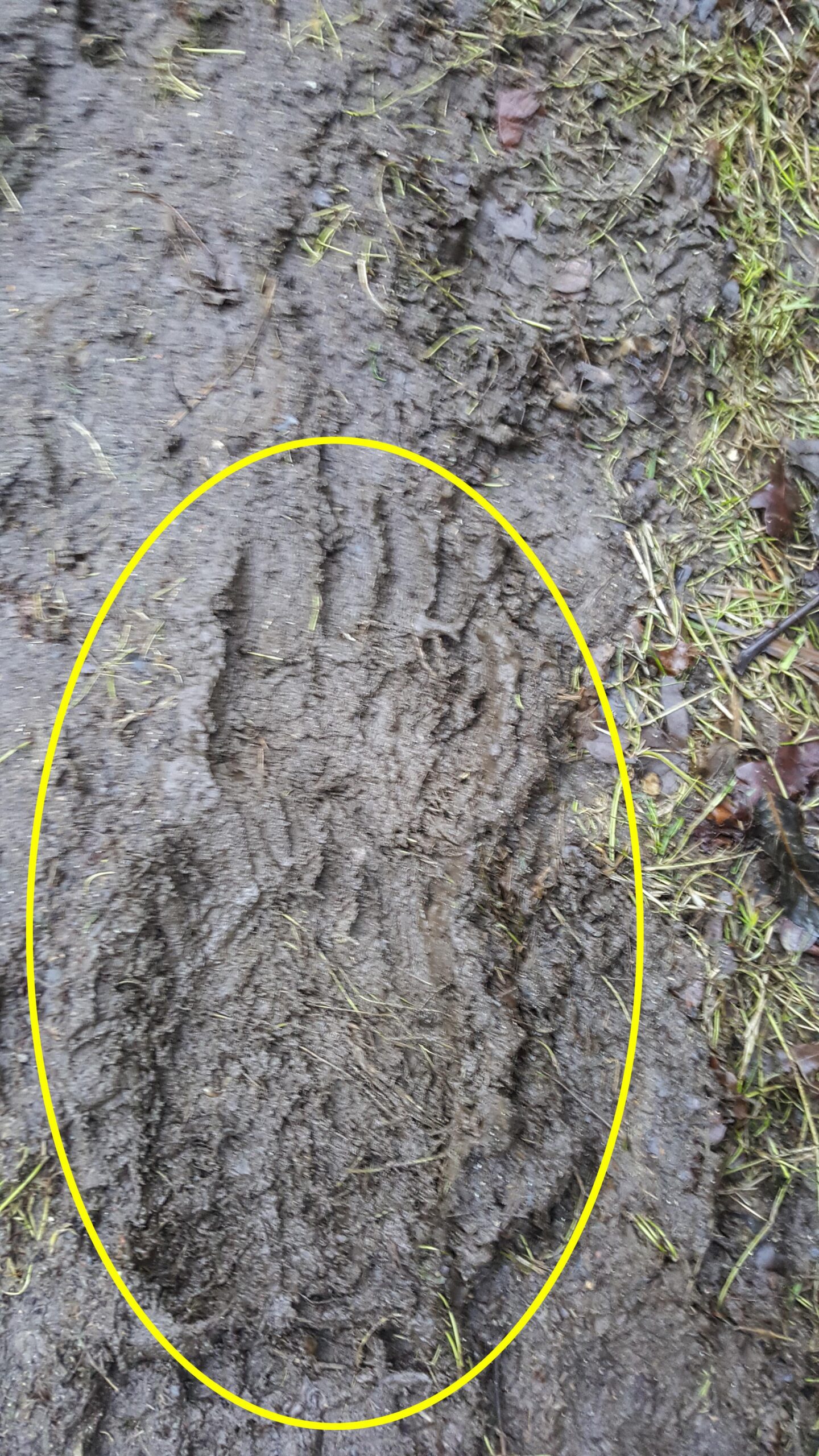 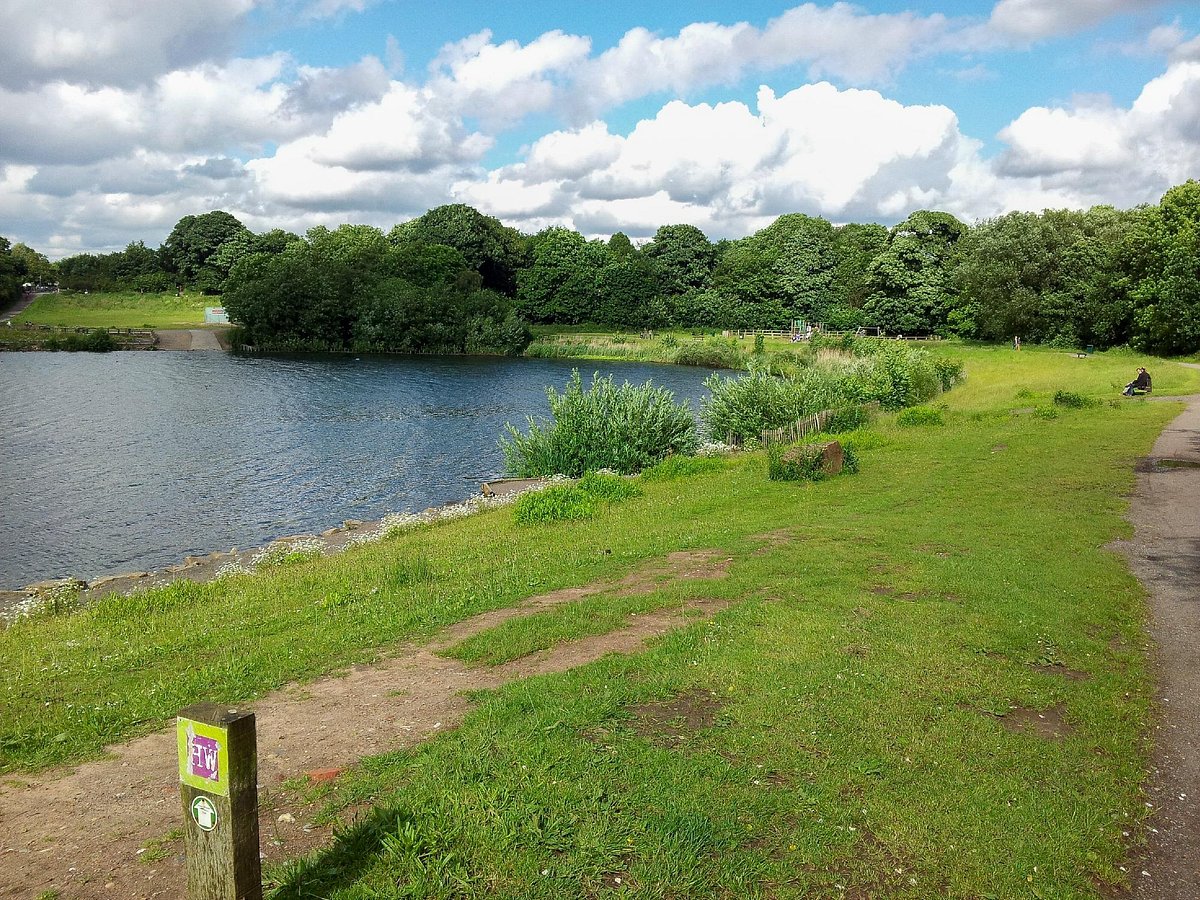 The Water Park itself was built back in the 1978, formerly home to Barlow Hall Farm and an offshoot of the construction of the M60 where there was a huge pit that had been used for gravel and sand extraction for the project.

It started life as a couple of big, manky holes, and when it first got flooded, the lake was an absolute mud bath – fenced off to stop people (and dogs) from going in it and getting stuck and drowning.

Eventually it started to improve though, helped by the introduction of different species of fish, which kickstarted a popular annual event throughout the 80s and 90s – the Fishing Match. Anglers would be given 5 hours to catch as much as possible – with the winner being announced by park wardens at the end of the day. 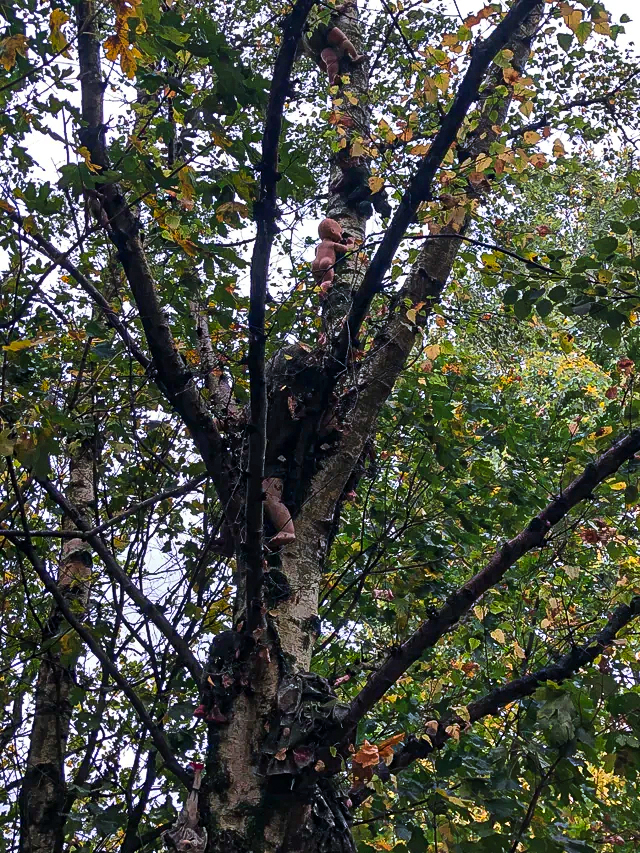 Back to present day now though and Jim’s footprint discovery isn’t the only time when something weird has been discovered or rumoured to be living in the park’s vicinity. Over the years there’s been a few odd things happen, including some rather weird “voodoo shit” as discovered by Reddit user ‘u/wobx’ – essentially some baby doll parts climbing a tree – the sort of thing you’d see in Blair Witch.

There was also the strange case of hundreds of cough mixture bottles which were dumped in the park back in early 2020, and even a ‘monster from the deep‘, a 25 year old 30lb carp that lurks under the waters of the lake, and has successfully evaded many a fisherman over the years. 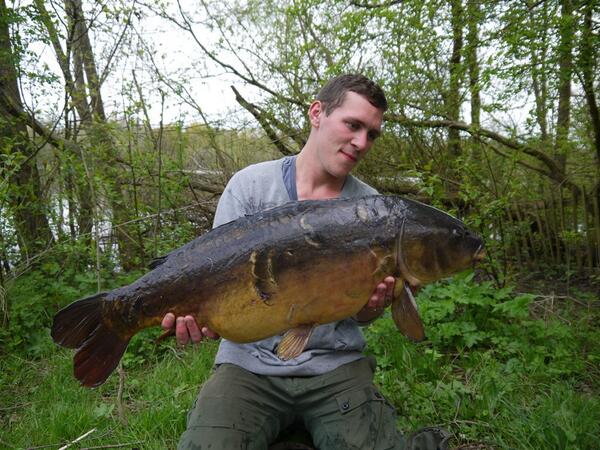 The area was also feared by children for years before it became Chorlton Water Park, as the old farm that was on site, Barlow Hall Farm, was home to a particularly aggressive and cantankerous bull, which would chase and frighten anyone who got too close.

As you’d expect from any park in the UK, weird stuff invariably goes on from time to time, but does any of this explain the large clawed footprint that Jim saw on his dog walk. Well, no – not at all. Nothing can explain the footprint. 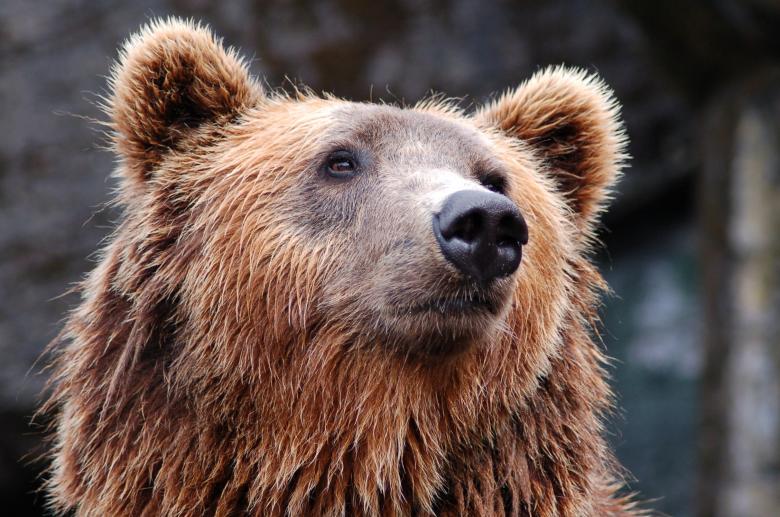 Could it actually be some kind of ‘beast’? Well, I’ve done some research on what animals leave footprints of that size and I’ve come up with the following possibilities; it’s either a big grizzly or brown bear, or a badger with big feet.

Here’s a grizzly bear print and a badger print side-by-side with the actual muddy one – it’s just got to be those two. 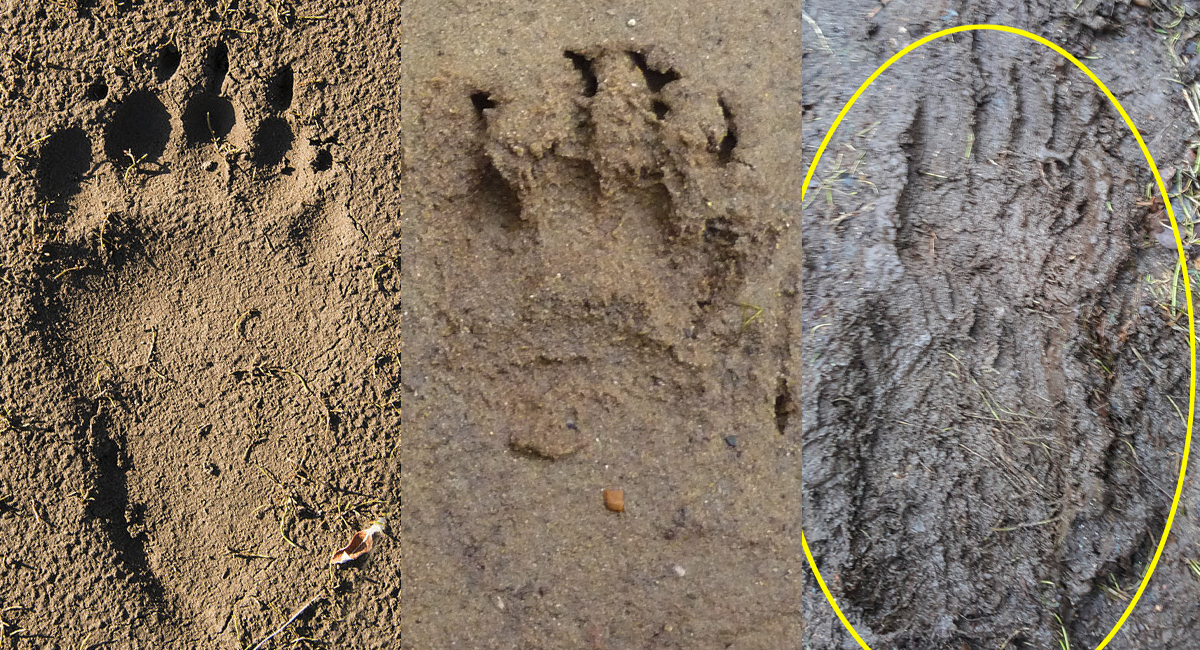 And considering the fact that a grizzly bear would have mauled around a thousand people in the park by now if it was living there, I’m going to go with the badger. Now, for those of you who’ve never seen one, apart from in Animals of Farthing Wood, badgers are actually really big – and a big daddy badger could definitely have made that footprint.

So, not very exciting I’m afraid. Unless you’re a fan of badgers, in which case, grab a torch, a Fraggle Rock thermos flask and head on down to Chorlton Water Park after dark. I’m confident you’ll see loads of them, and maybe even the biggest one of all – with its huge size 11s. 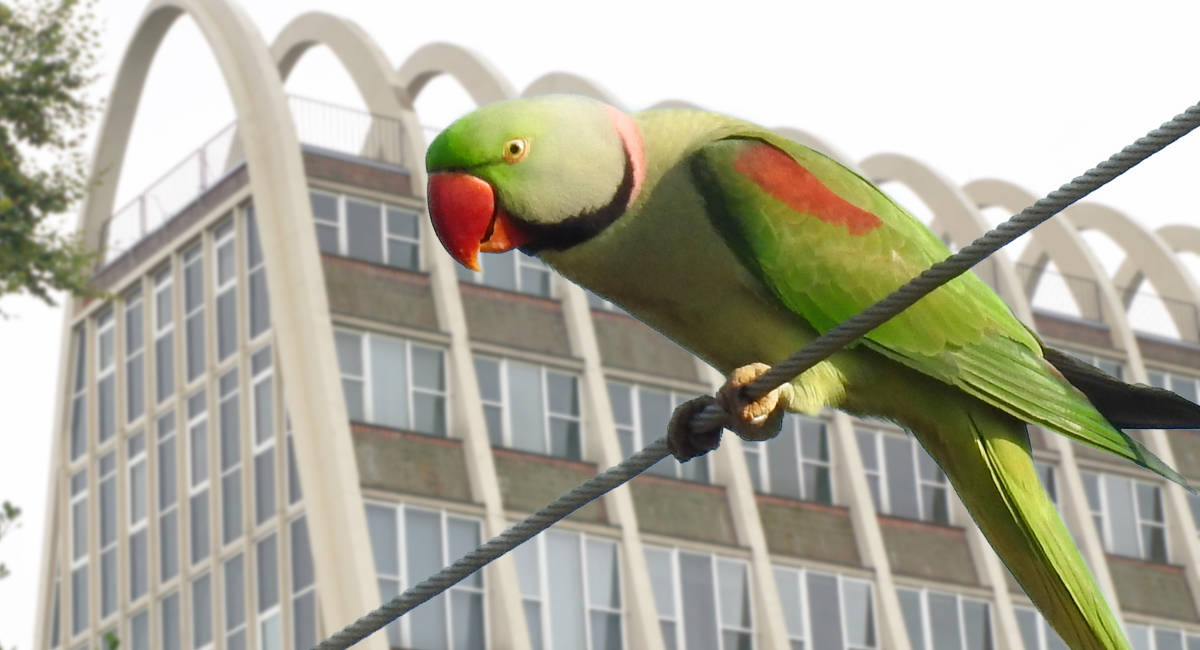 Instead you’ll have to be content with the parrots in parks across the south of Manchester, or the elusive terrapins of Alexander Park. At least they’re both real.