Strong Women, Juicy Pies & the Best Things to do in Manchester This Week

Also including new theatre at the Opera House, a science festival and Europe's largest sneaker festival...

This week (Tuesday 8th) sees International Women’s Day, a day celebrating all the wonderful women and non-binary folk across the globe. There’s loads of amazing events on in the city to celebrate, from art exhibitions, club nights and foodie events. 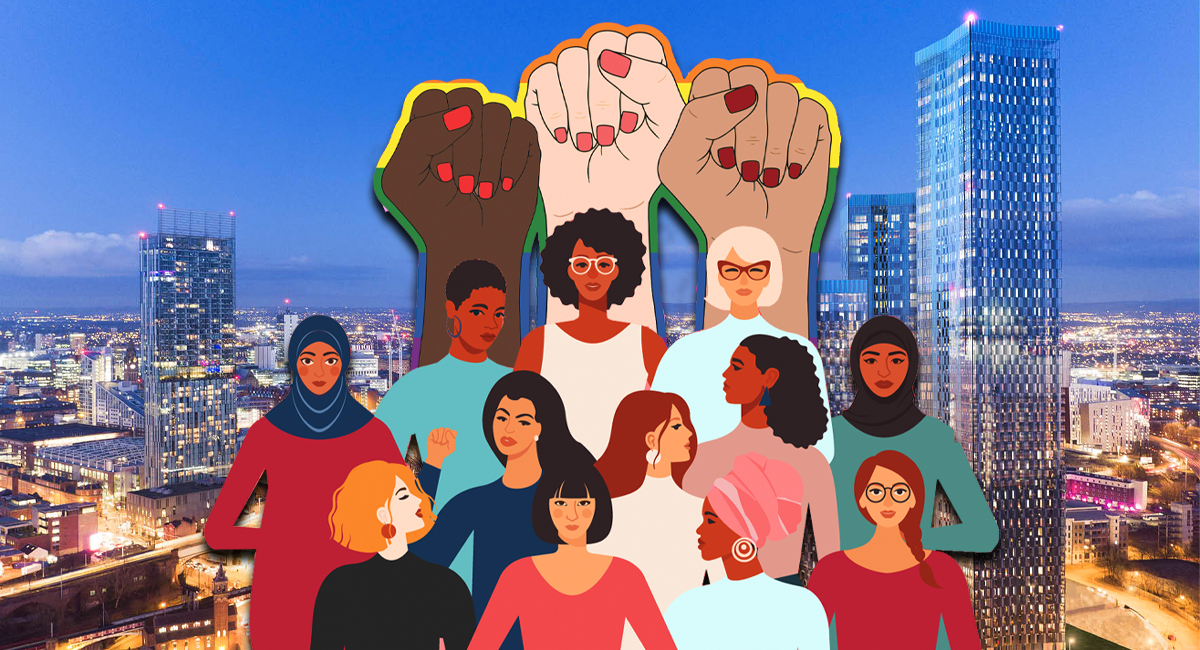 The best thing is that we’ve put together a very nice and very easy guide to all of the events happening in Manchester and further afield. Here it is:

Where to Celebrate International Women’s Day 2022 in Manchester

Billed as the ‘World’s Greatest Science Festival’, New Scientist Live comes to Manchester on Saturday 12th and Sunday 13th March. It’s a combination of both in-person events and online, where you can hear expert speakers discuss their research on ideas ranging from the mysteries of the galaxy to the intricacies of the human body.

There’ll also be loads of interactive games, exhibits and shows too, including a giant game of Operation, quizzes, VR and even the chance to experience what it feels like to have dementia. You can get tickets here:

Also on this weekend, on Sunday 13th is Europe’s largest trainer festival – Crepe City. Featuring hundreds of rare and exclusive shoes, there’s set to be more than 150 trainers, so bring your wallet if you fancy it. 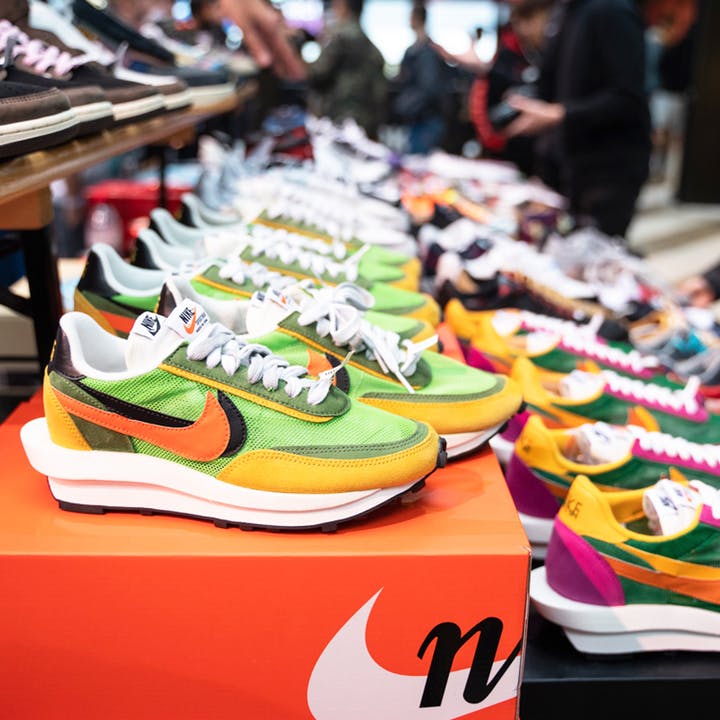 This week is National Pie Week, so there’s no better time to get yourself out there and try some of the city’s greatest pastry creations. There’s Pie & Ale and The Bay Horse Tavern in the NQ, Great North Pie Co in Altrincham Market, Ate Days a Week in Stockport and, of course Pieminister on Deansgate – to name just a few. 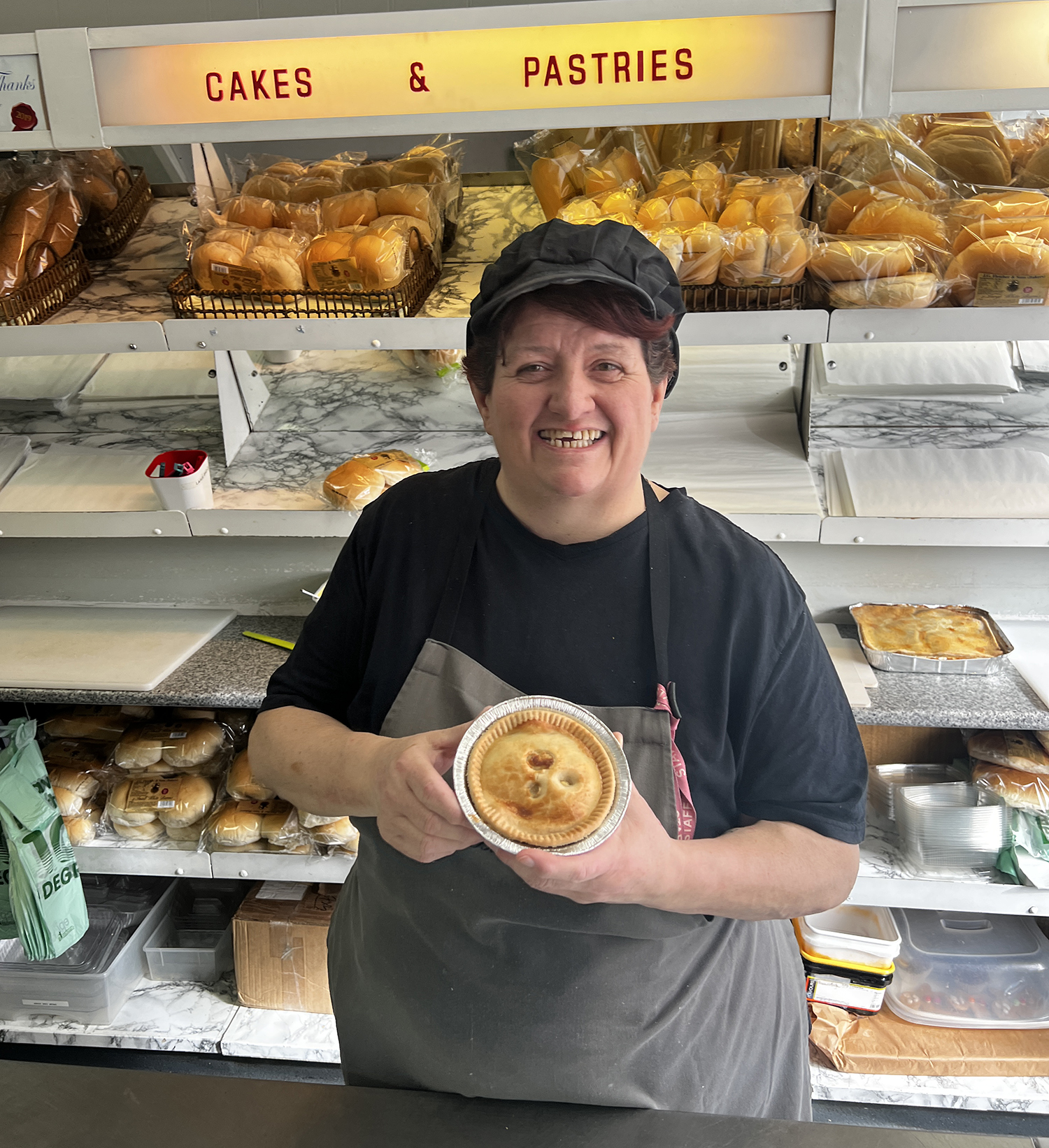 The Rolling Pin Bakery in Wigan

There’s also Patel’s Pies, HM Pasties, Potter’s Pies, plus a wealth of truly excellent places out in the suburbs and towns of Greater Manchester. Maypole Granary in Royton, Bradley’s in Ashton, Mettricks in Glossop and tonnes in Wigan – enough to make a ‘GREAT WIGAN PIE TRAIL’.

This weekend sees the huge Gin & Rum Festival arrive at Manchester Cathedral with three slots on Friday 11th and Saturday 12th. They promise over 120 of the very best gins and rums on the market, including the best of British, alongside spirits from all over the world. 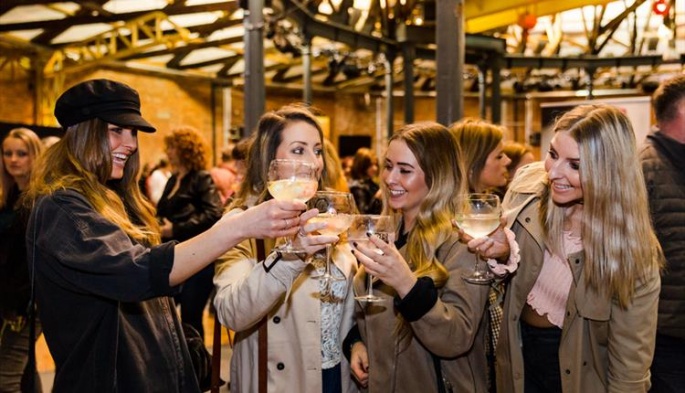 There’s also a brand-new Tequila Bar, with over 20 authentic tequilas and mezcals to try. Get your tickets here:

Finally, this Wednesday GRUB will be hosting a Ukraine Fundraiser Night from 6pm, a night of music, entertainment and food and drink, all in aid of raising funds for the International Committee of the Red Cross.

The ICRC respond to the humanitarian needs of those affected by the conflict, and help get food, medicine, shelter and water to those who need it most. 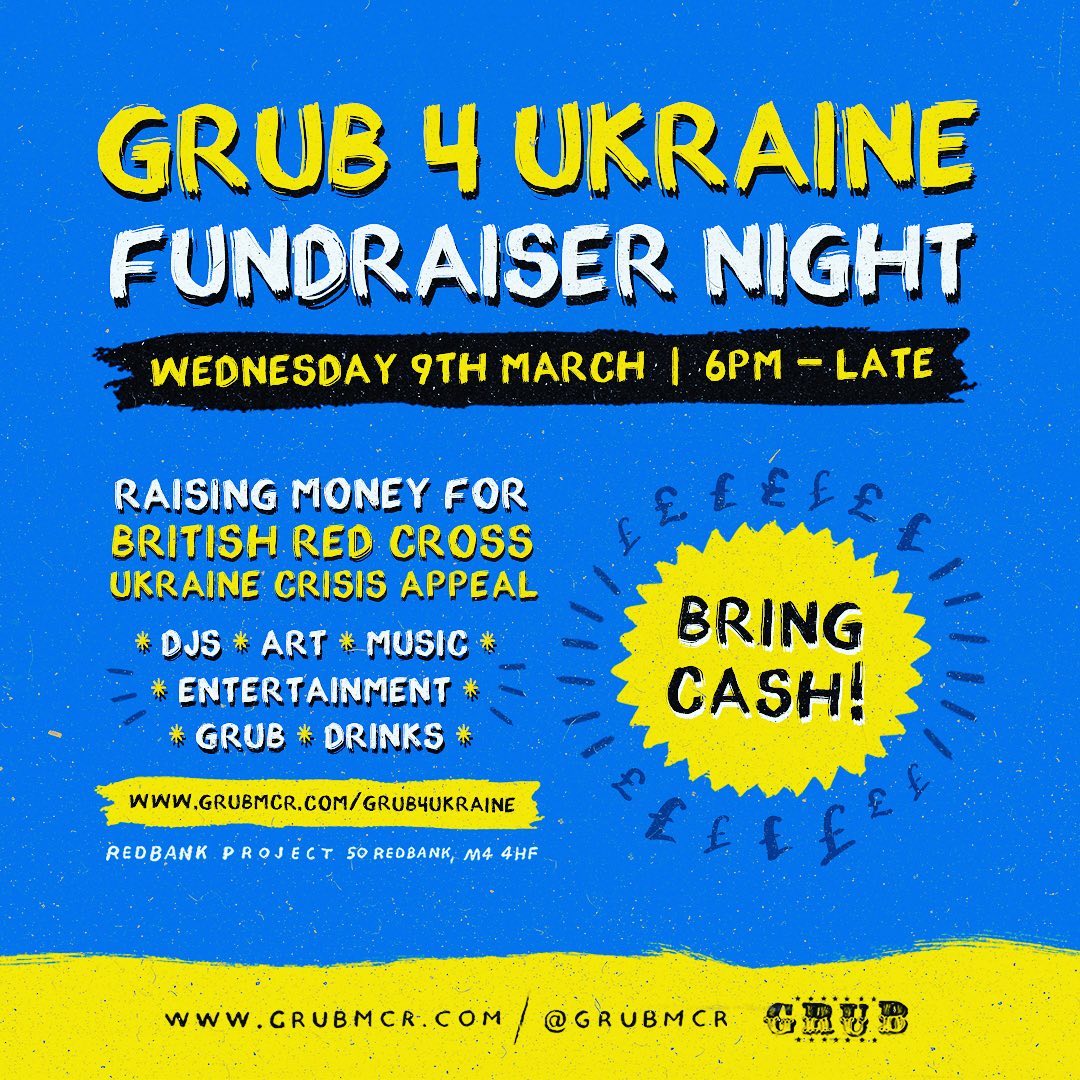 GRUB have asked partnering businesses to help and have already been pledged beer and prizes from many breweries across the city. 100% of the turnover from these drinks will be donated, alongside free entertainment and performances to encourage donations. 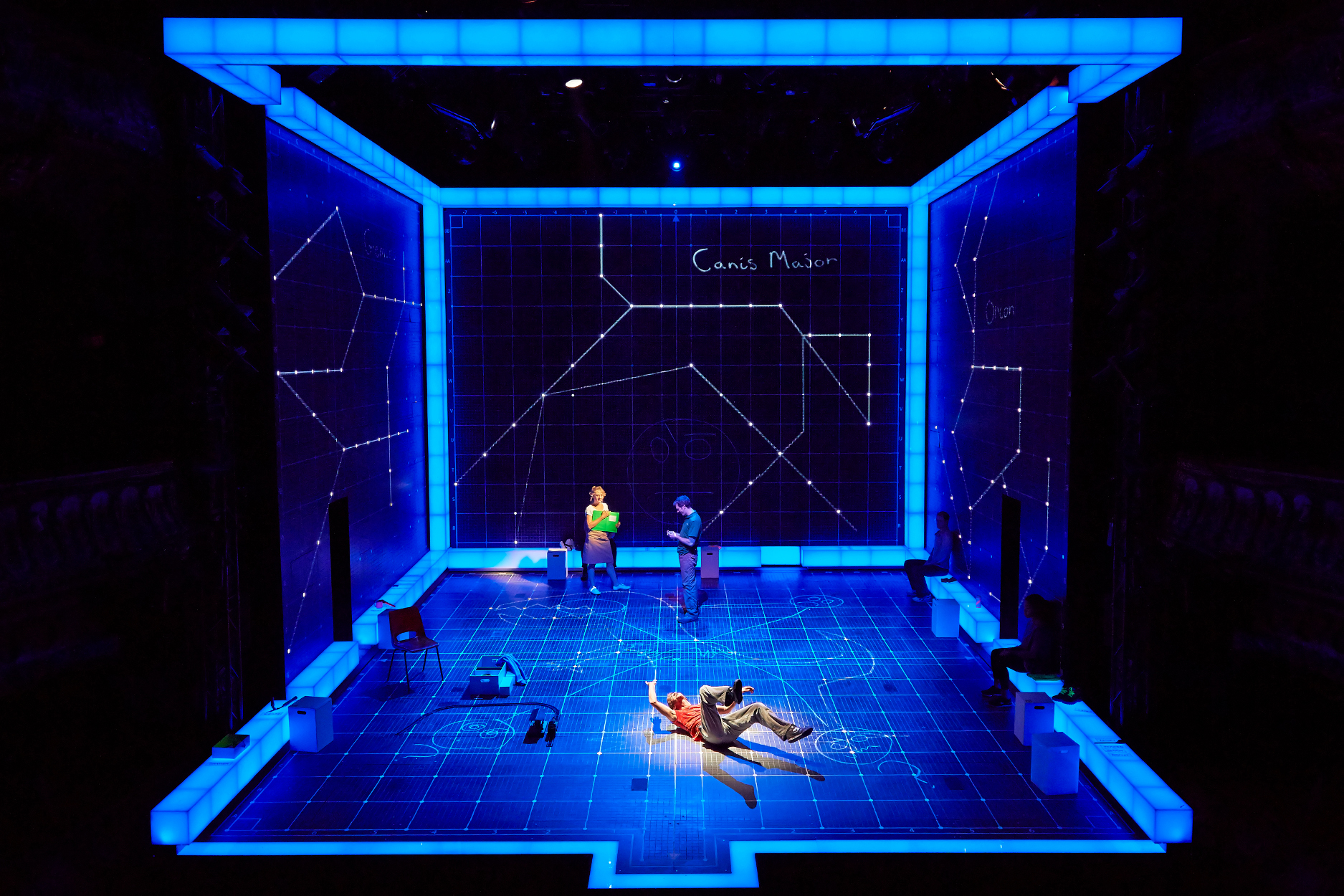 Curious Incident of the Dog in the Night-Time set

At the Opera House from Tuesday 8th until the end of the week is the fantastic ‘Curious Incident of the Dog in the Night-Time’ – the stage show based on the bestselling book.

This is the first time the show has ever been to Manchester, and it’s been hailed as ‘extraordinary,’ ‘dazzling’ and ‘unmissable’ by Time Magazine, a “theatrical phenomenon simply not to be missed.”

Typically seen as the worst of the trilogy, Godfather Part III is, rightly so – a bit rubbish. This week, though, sees HOME screen a brand-new version of the final film in the epic series – The Godfather, Coda: The Death of Michael Corleone.

It’s a re-edited and restored version by director Francis Ford Coppola, one which looks to achieve screenwriter Mario Puzo’s original vision for the finale. Does it accomplish it? I don’t know – I’ve not seen it. But you could this Sunday 13th at 1.30pm. 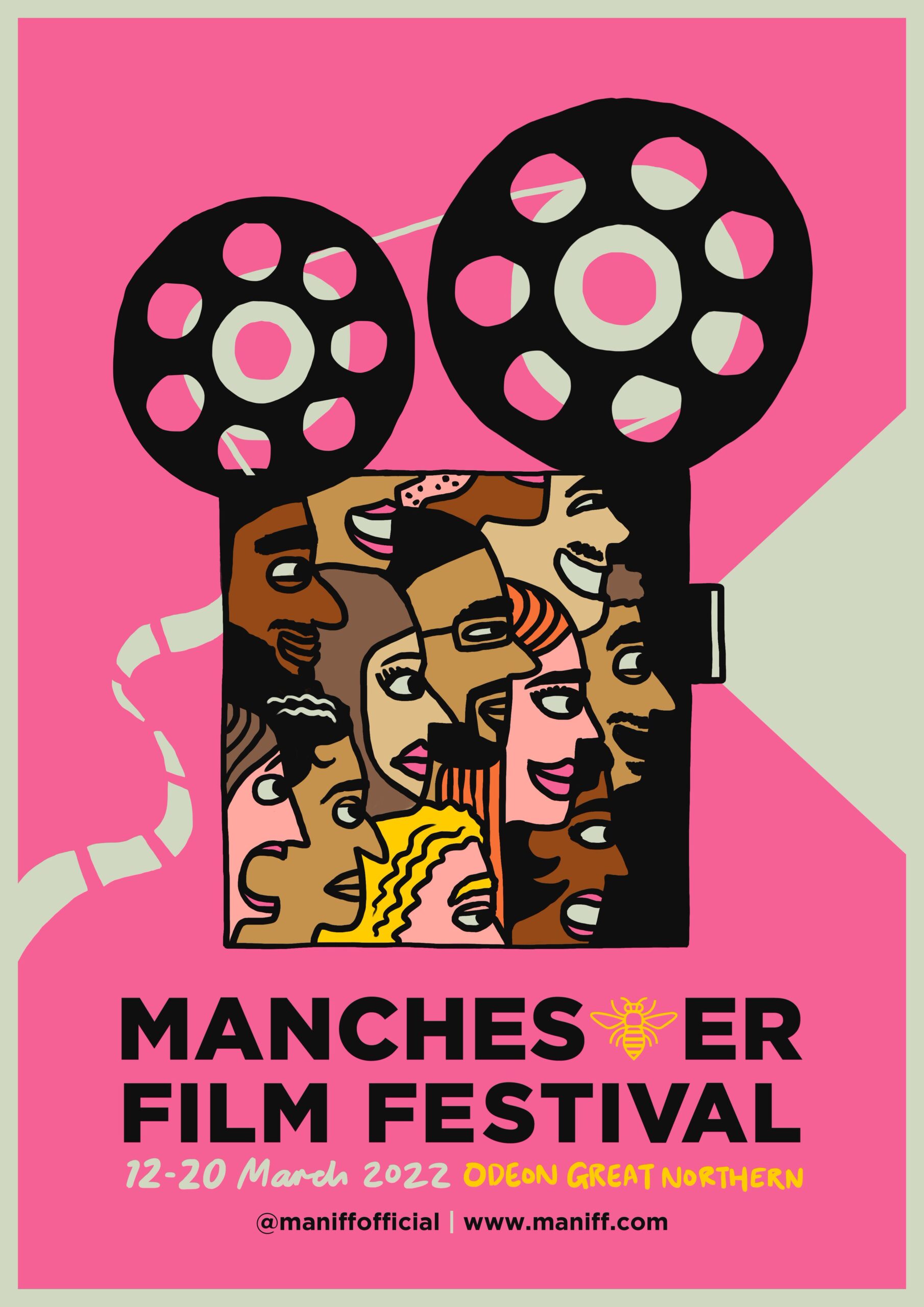 Talking of movies, the Manchester Film Festival opens this week, with over 130 film screenings from Saturday 12th until Sunday 20th March. All of the films will be playing in Manchester for the very first time, with 27 world premieres and 74 UK premiers across the festival.

There’ll also be Q&A sessions with many of the filmmakers after the screenings. There’s so much on that you’ll need to head to their website for a full breakdown. Do that here… 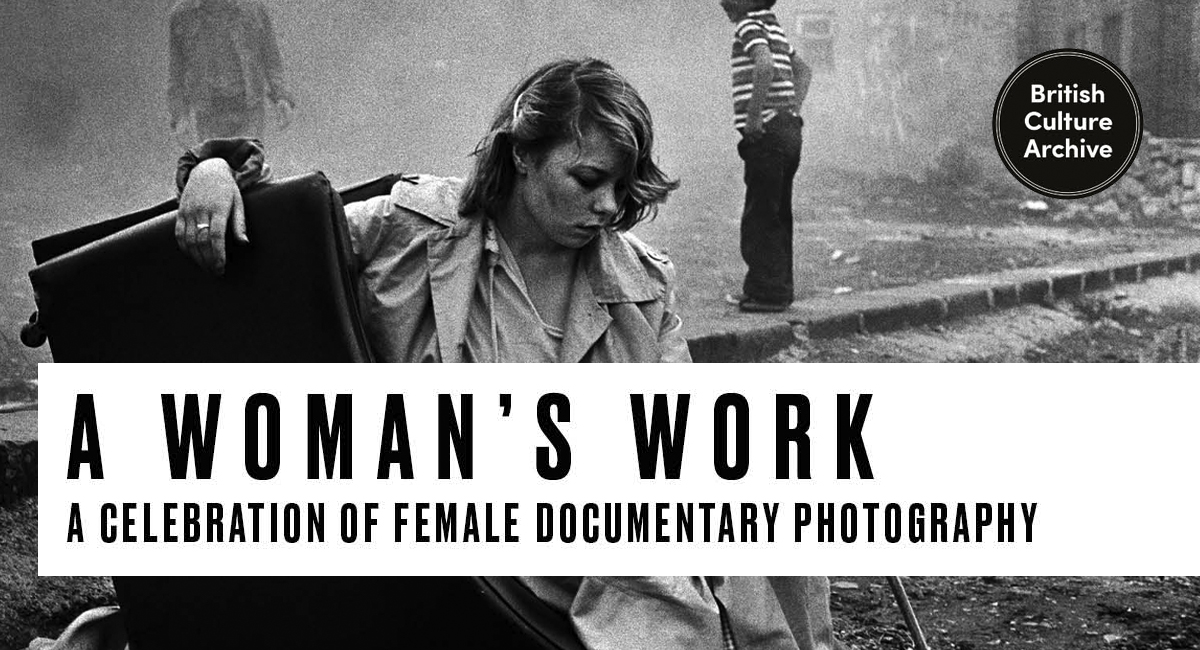 Opening on Tuesday 7th March is ‘A Woman’s Work’ the new FREE British Culture Archive photography exhibition at The Refuge.

Following on from the success of 2020’s ‘The People’s City’, this instalment will see a collection of photographs displayed on the exhibition wall from acclaimed female photographers in the North showcased together for the first time. 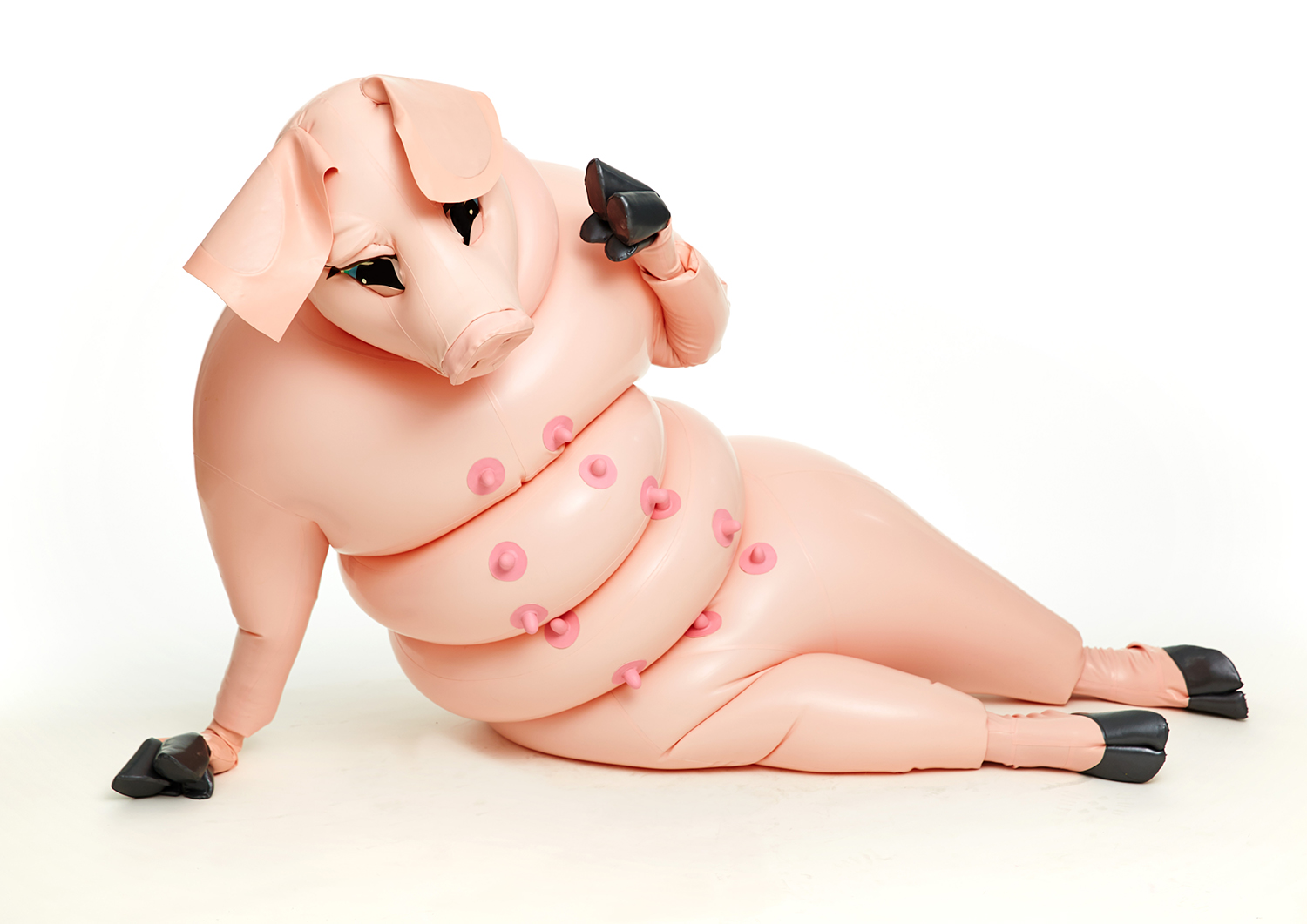 International artists from over 10 countries are bringing UK and world premieres to the first Submerge Festival in the North, from Tuesday 8th.

A Giant Latex Pig giving Birth to Human-sized Piglets is coming to Manchester!

Over at Albert Hall on Friday 11th is a massive club night ‘The Road to El Dorado’ headlined by Todd Terje, and featuring Laurence Guy and Dirty Channels.

The Road to El Dorado Tickets

This week sees the official opening of Band on the Wall, back open again after two long years. Even though I believe their music programme began last Saturday, there’s a packed calendar of events for you to get to grips with, and check out to see what they’ve done with the place. 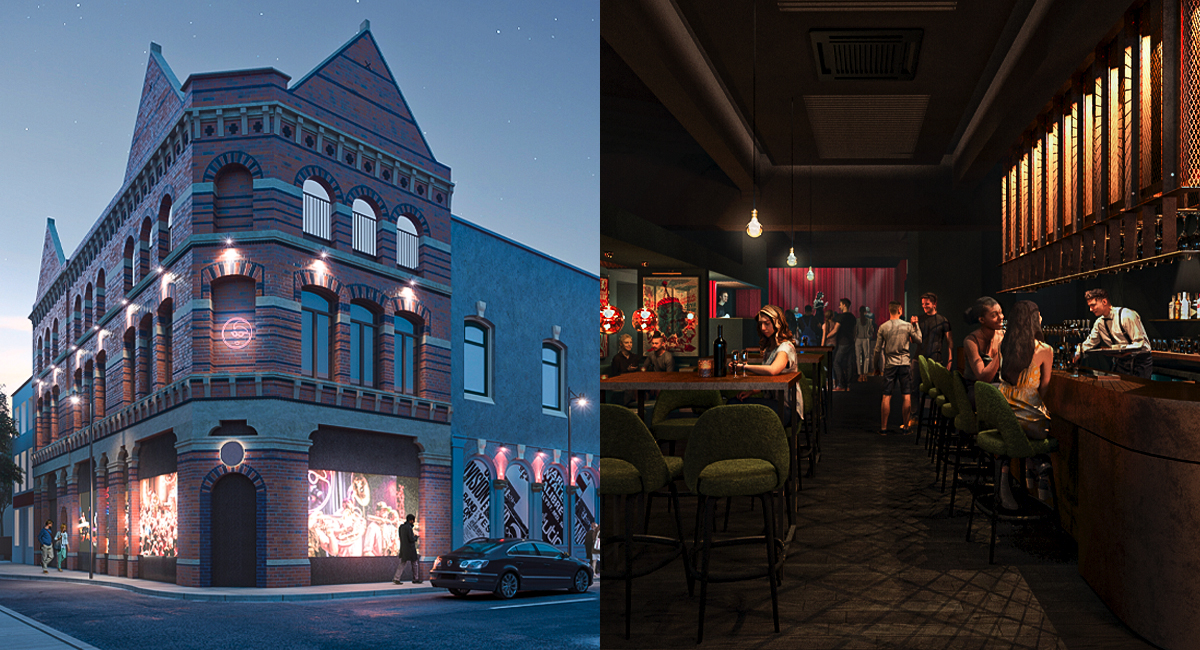 Happening on the day of International Women’s Day is Brighter Sound’s insane takeover of the Depot Mayfield – ALL THINGS EQUAL – a bold and brilliant new manifesto for gender equality in the music industry.

The project sees the premiere of a large-scale and immersive audiovisual installation created by multimedia artist Rebecca Smith, aka Urban Projections, and developed over the past few months with the support of a group of creative women (inclusive) from the North of England. 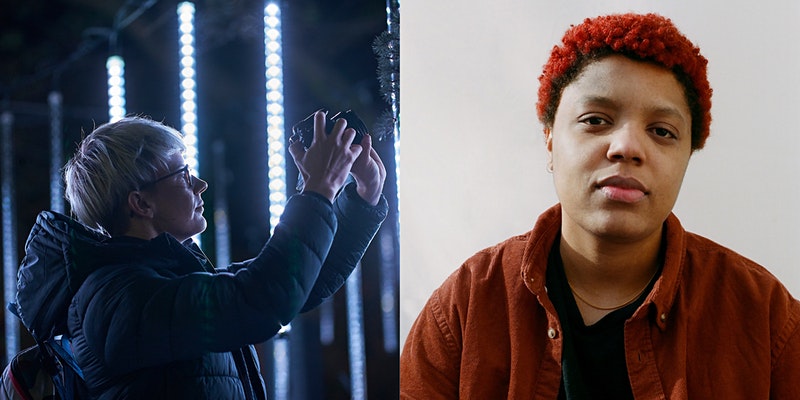 Running from 7pm until midnight, expect a phenomenal line-up of some of the best talent the city has to offer including the likes of Girls Don’t Sync and Shannen SP.

Get 50% OFF FOOD at Foodwell & Firefly this Spring