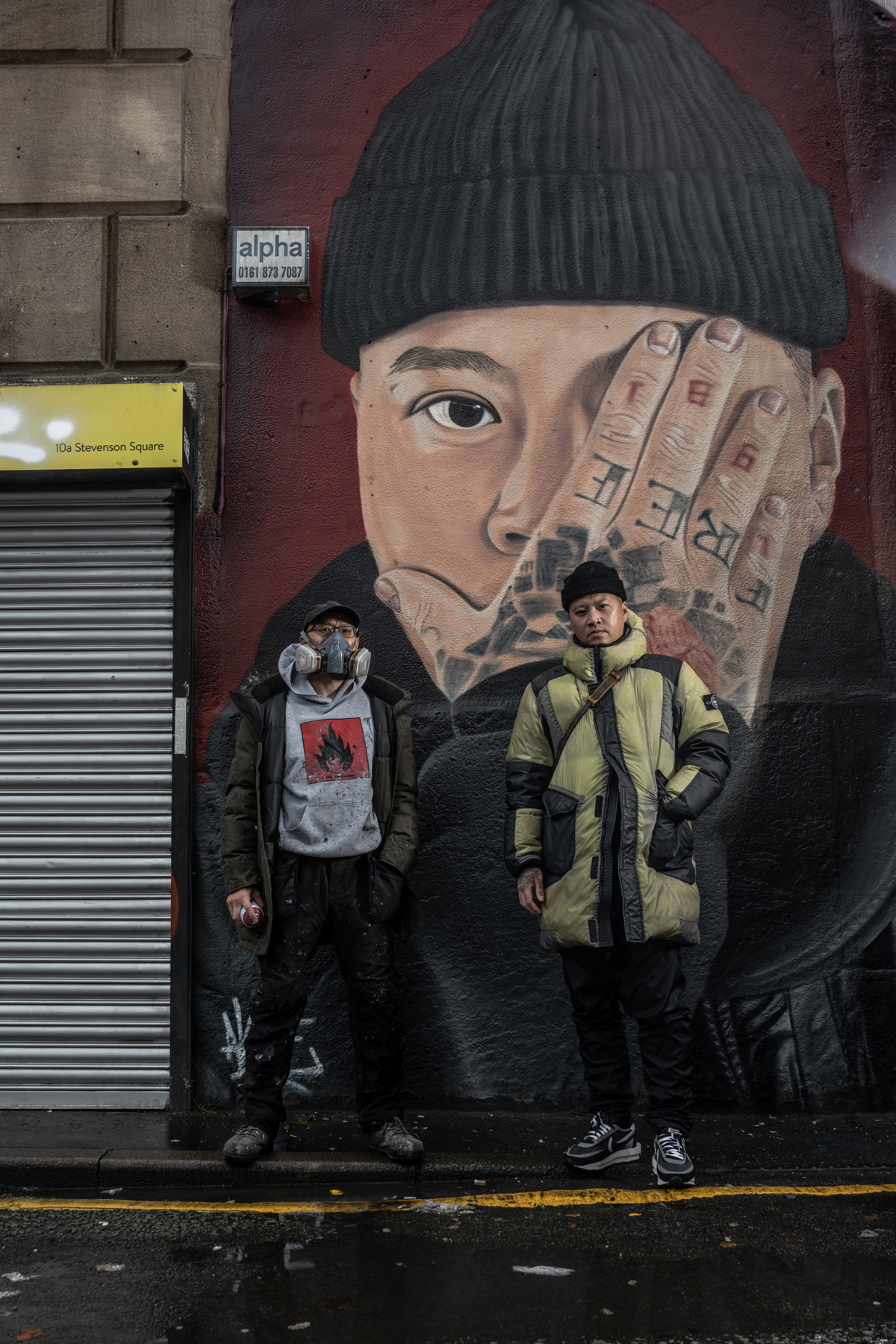 The 4 metre high piece named ‘Enigma’ is a portrait of Ste Wing, a born and bred Mancunian with over a decade of industry experience across fashion, sportswear, styling and culture. He’s the co-founder of creative agency Visionarism, which allows him to offer young creatives from the city a platform to showcase their skills and visions on a global scale.

As part of the ‘50 Windows of Creativity’ art trail that launched yesterday, Akse’s portrait marks a conscious effort to focus more of his works on local people who contribute to Manchester, whilst at the same time it gives a nod to both his and Ste’s Vietnamese roots.

Shooting this film we got an insight into Akse’s working process; starting with a fix of traditional Vietnamese food from Pho Cue to discuss ideas with Ste. From here, moving on to his private studio space to shoot initial photos, before then planning the project out on the chosen wall in the Northern Quarter (on Little Lever Street next to BAB).

‘Enigma’ runs alongside 49 other visual arts / crafts / fashion and performance pieces showcased on walls and in the windows of shops, offices, bars, restaurants and cultural venues around the city. Curated by Bee In The City MCR the goal is to bring together the creative sector and support businesses in the city centre as part of the lockdown recovery by stimulating and influencing footfall/navigation.

All 50 pieces of work are on display until the project culminates on 10th December 2020, which will see a selection of pieces auctioned with proceeds going to their artists and makers, and to The Lord Mayor of Manchester Charity Appeal Trust We Love MCR which aims to help improve the lives and life chances of people in Manchester.

Download the 50 Windows of Creativity app or view a pdf map of the trail here.

The New Mexican Brunch down at Southside Tequila Joint in Withington