Behind the Photo: The Biggest Photo EVER Taken of Manchester

The Manchester Mega-Photo was exhibited at Urbis for just shy of a year... 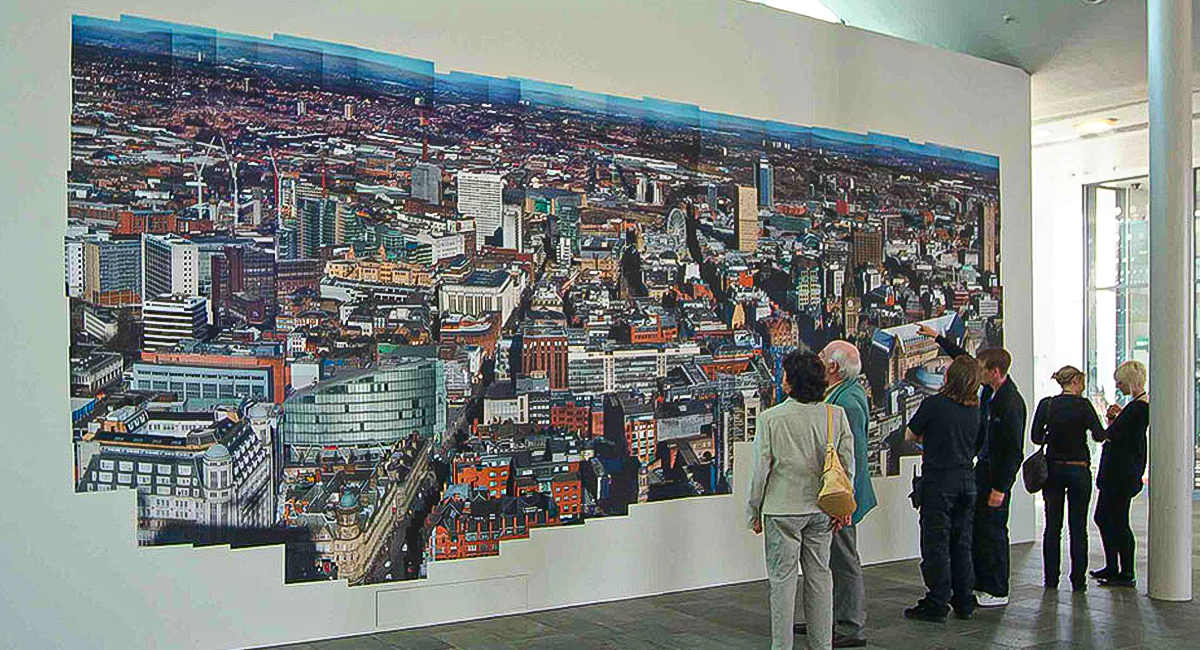 The largest photo ever taken of Manchester, the ‘Mega-Photo‘, exhibited at Urbis from July 2008 to May 2009 was actually a collage of 300 individual pictures – making up a HUGE 8-metre long view of Manchester’s skyline.

The Mega Photo was a panoramic view from the top of Beetham Tower – featuring the city in the foreground, and spreading all the way out to Bury, Middleton and Rochdale in the distance.

The man behind the photo is Aiden O’Rourke, who took the images from the roof of the city skyscraper, each one overlapping using his 300mm zoom lens. It took well over an hour to get every picture, and he headed back home with a memory card with over 1000 highly detailed pictures on it. 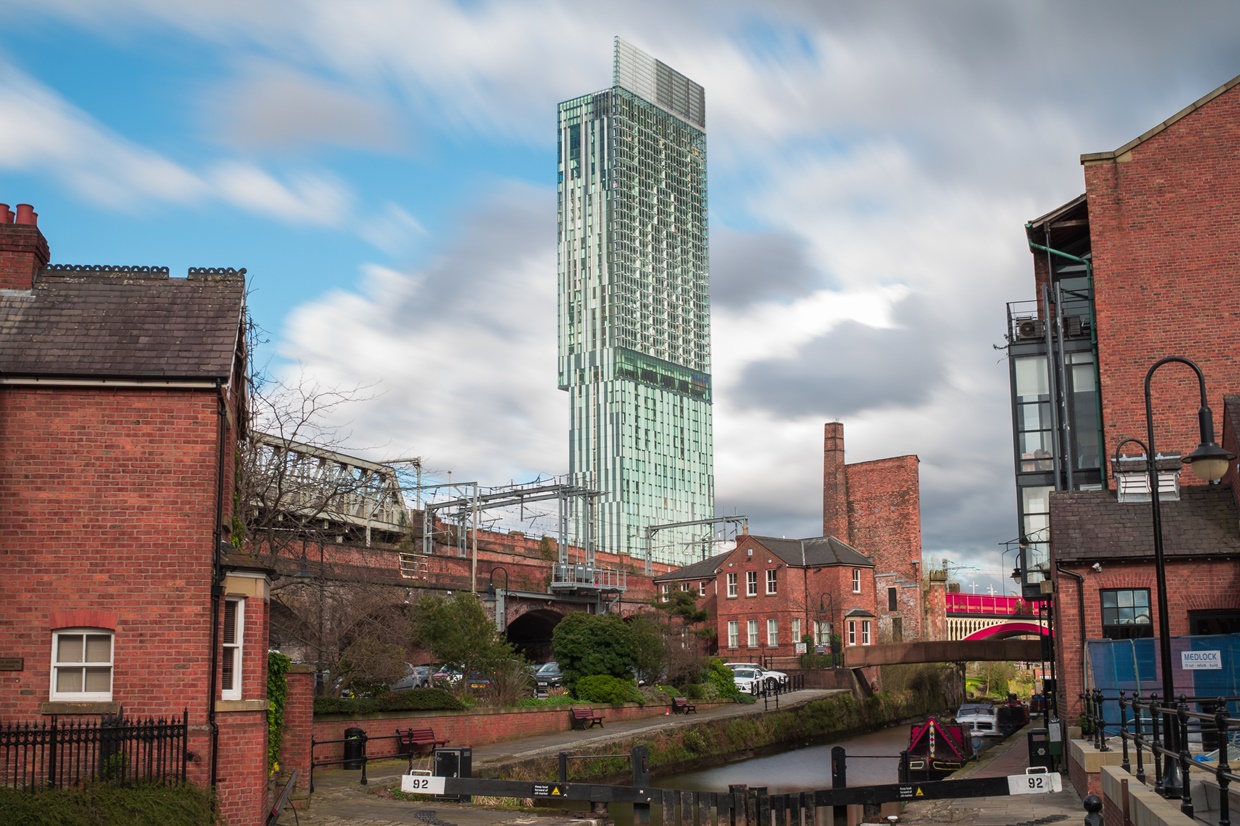 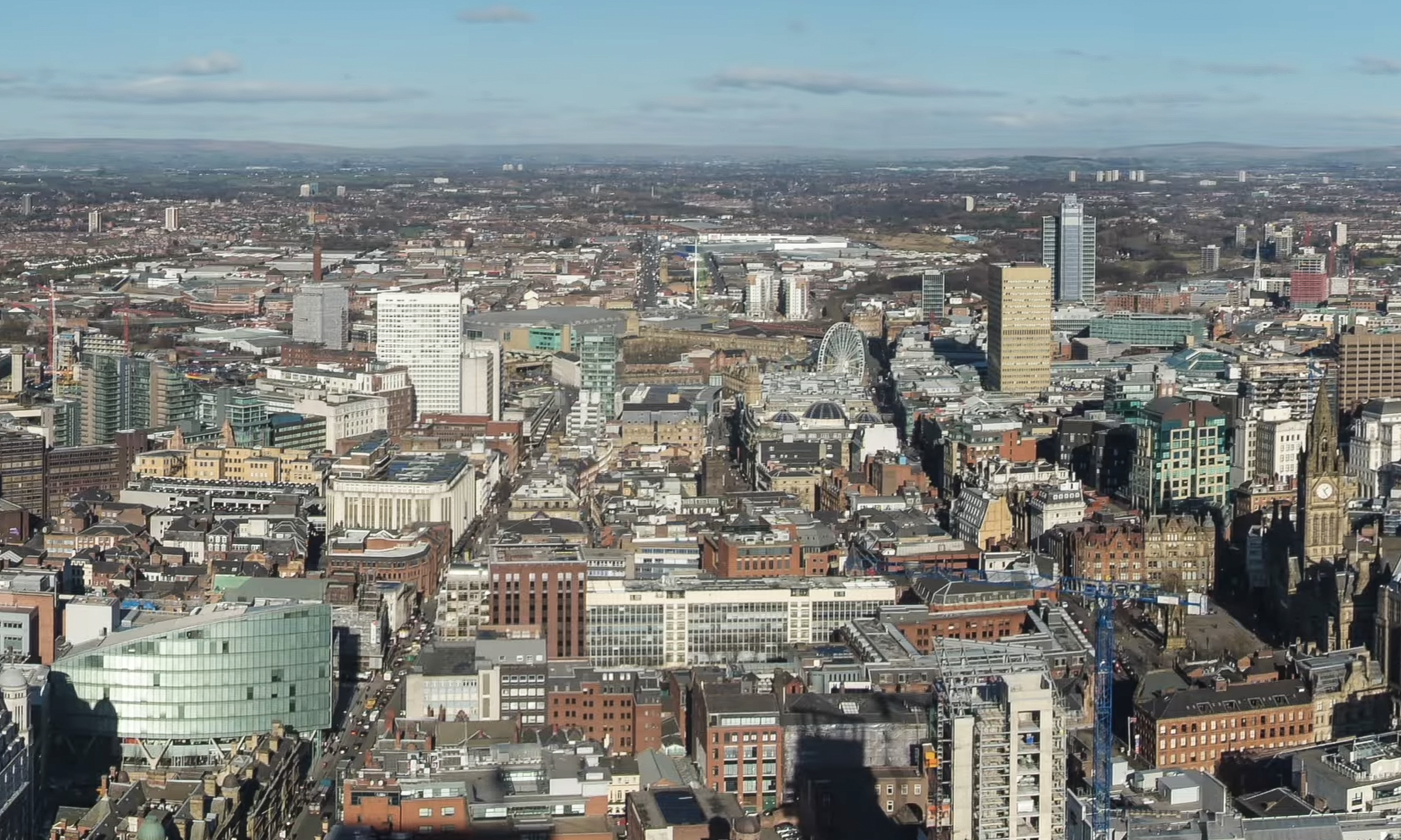 He initially began using a tripod, but it was quickly discarded because he didn’t have enough control over the camera. Freehand it was, working in the freezing cold taking columns of images until a complete 180-degree panorama was completed.

Aiden tried merging a few of the pictures on Photoshop, but found himself running out of memory pretty quickly. As a result, he shelved the project – awaiting an improvement in technology or at the very least – winning the lottery and managing to buy a shit load of RAM.

Around a year later, Aiden struck upon the idea of simply printing out each picture instead, to create a massive photo collage of the city’s skyline – and the people at Urbis were more than happy to provide him with a space in which to display it. 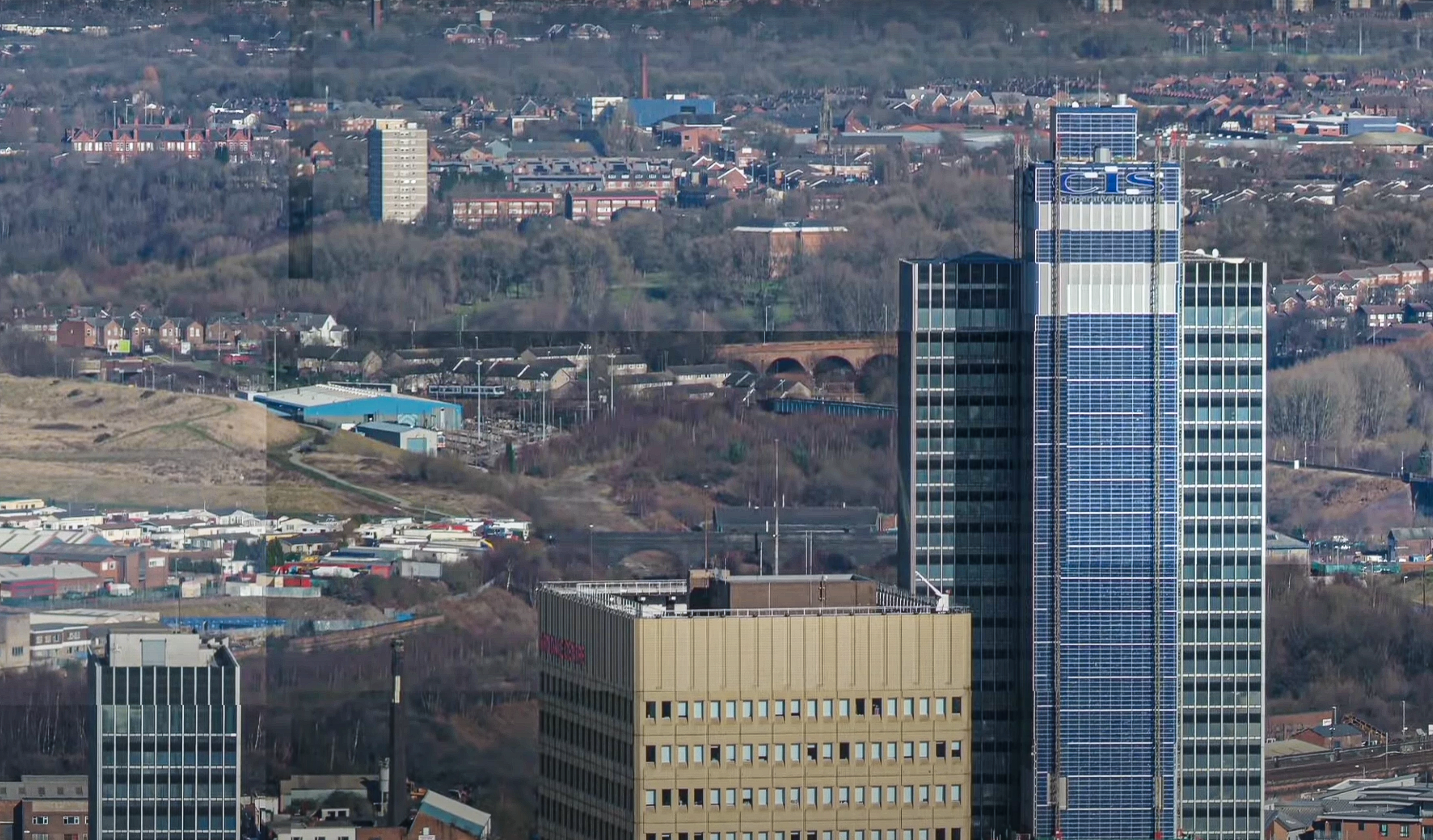 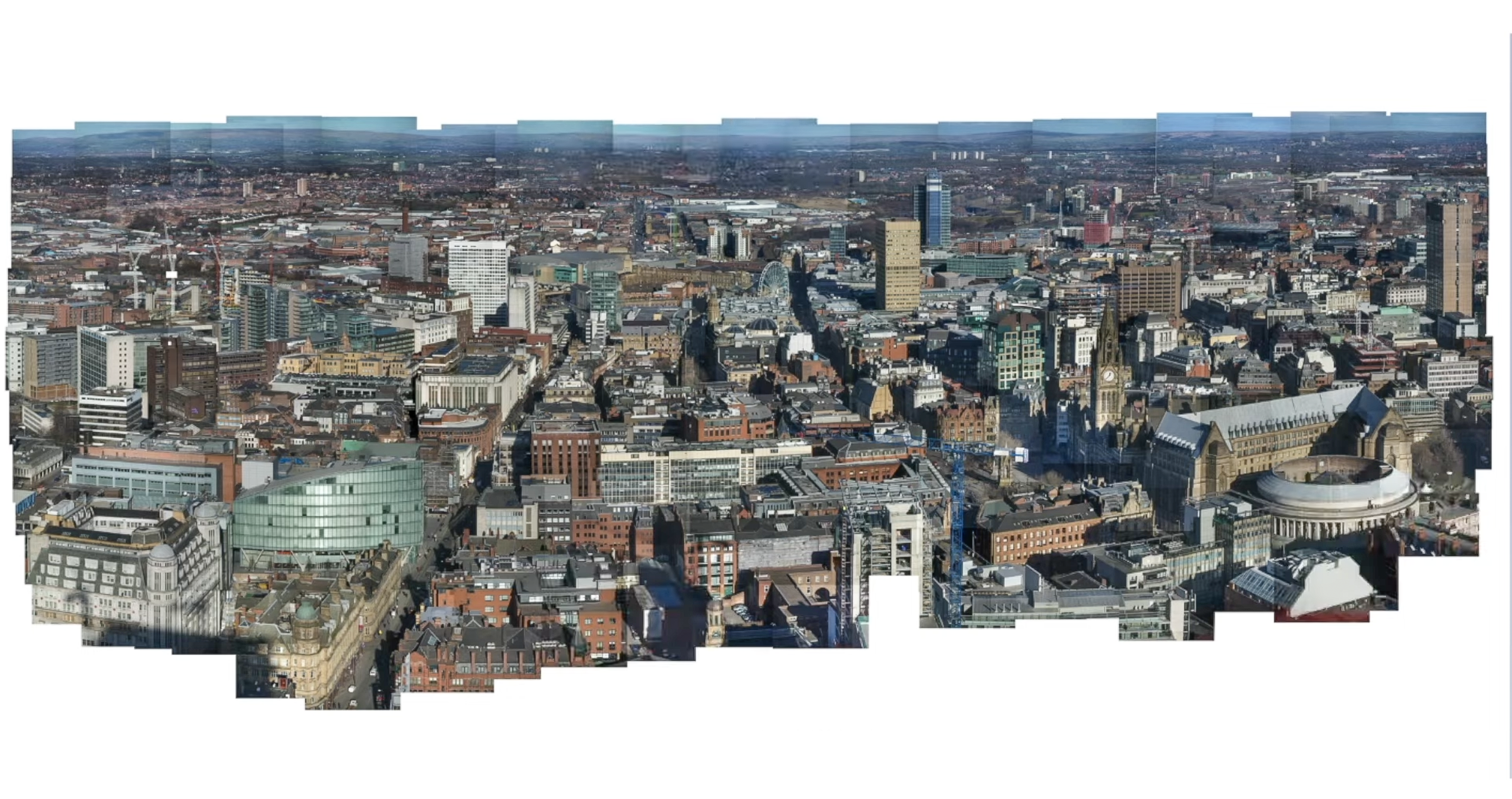 Roughly 8m wide and 4m high, the Manchester Mega-Photo was the largest megapixel image of Manchester ever created, finally going on display on Friday 4th July 2008.

The initial plan was to keep it on the wall at Urbis for a few months, however it proved so popular – it stayed for just shy of a year.

A big hit with visitors, the photo was also a great educational resource for visiting school children, with people seemingly just standing in front of it and staring for a long, long time – studying the details and pointing out the features within the cityscape.

The Urbis display was actually only a third of the true size of the photo – they couldn’t find a wall big enough for it so they chose just a section of the landscape to display. 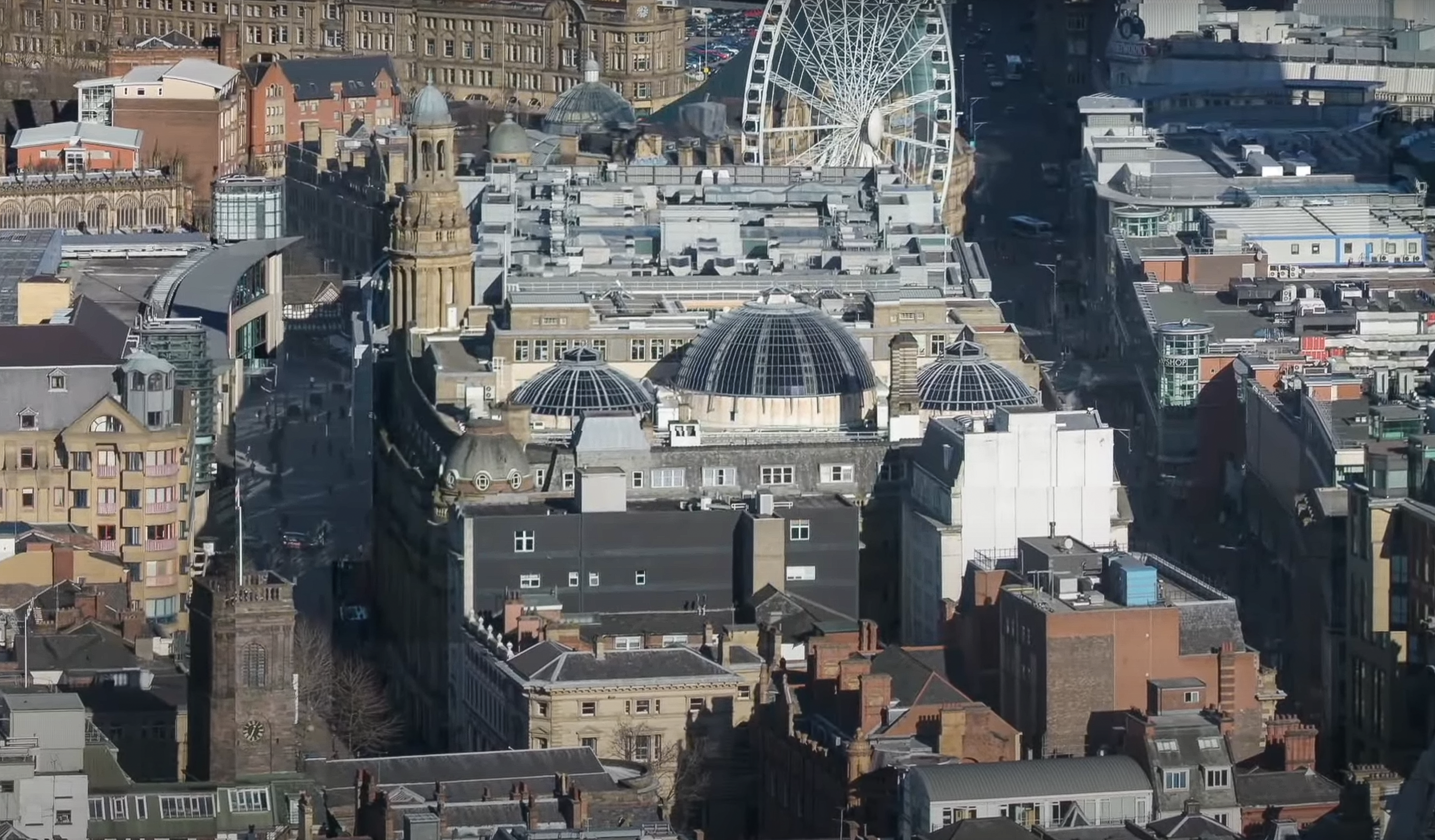 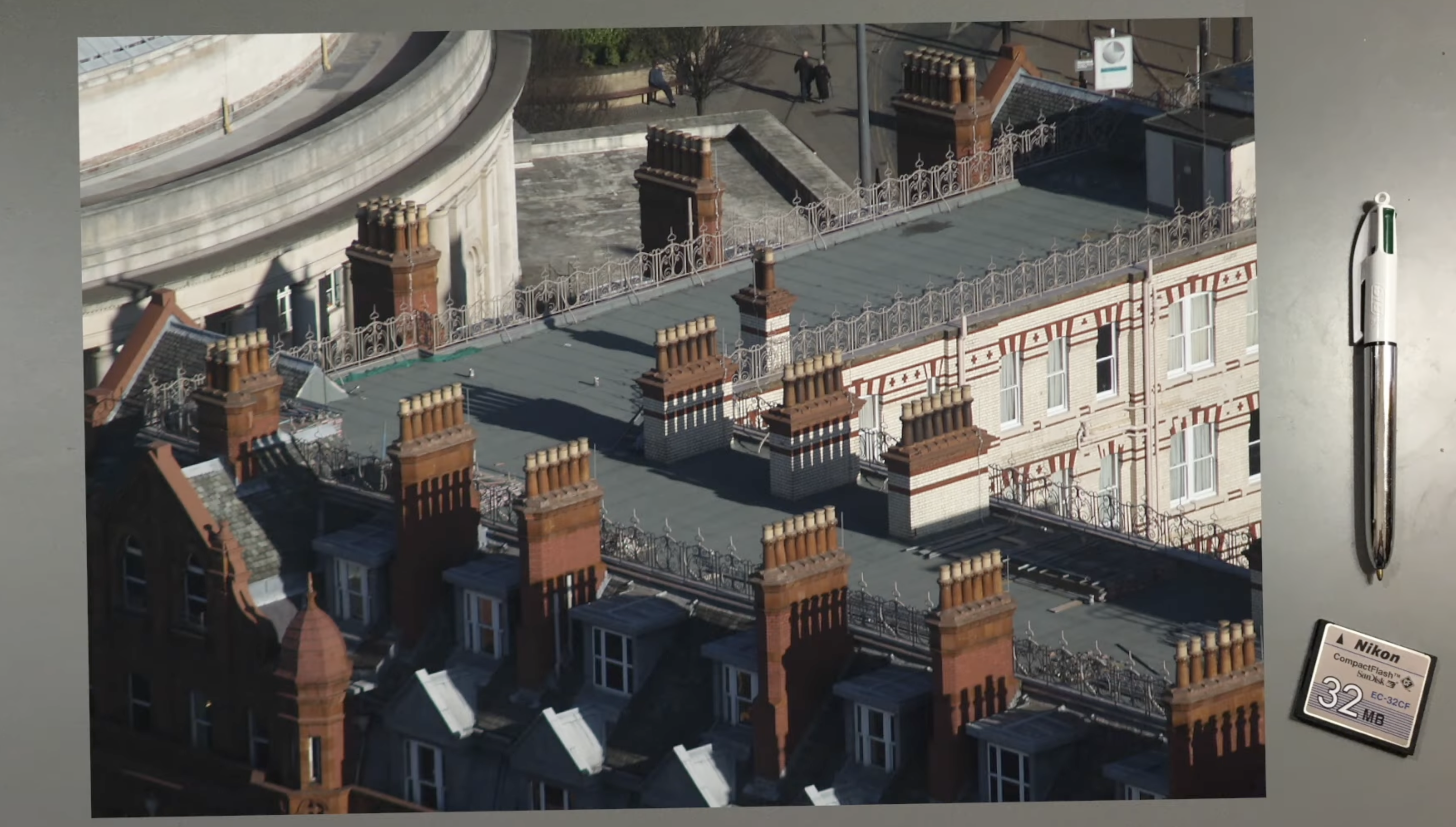 Aiden told BBC News back in 2008 that he “used the mega-photo format to really grab peoples’ attention, producing an image so big, so massive, complex and intense, that the effect is jaw-dropping.”

“If I hear people come out with expletives when they see the photo for the first time, then I think it’s achieved what I set out to do!”

The mega-photo was taken down in 2009, and when you look at it now – you could almost say that the city is almost unrecognisable. Sure, there’s still plenty of landmarks that you’d notice – but the last 13 years has seen an explosion in the number of construction projects popping up in the city.

Beetham Tower is no longer even the city’s tallest tower, with Deansgate Square taking the crown a couple of years ago, so we reckon Aiden should get himself up there and do a 2022 version of the Manchester Mega-Photo – and with better processors – this one could be even bigger!

Aiden continues today with his photography, as well as managing his own YouTube channel focusing on Liverpool, Manchester and connecting cities. He typically looks at architecture, urban development, public transport, aviation, city identity, and campaigns to save buildings and places at risk.