The stunning Grad-I listed building has secured an £8.3m grant for a revamp... 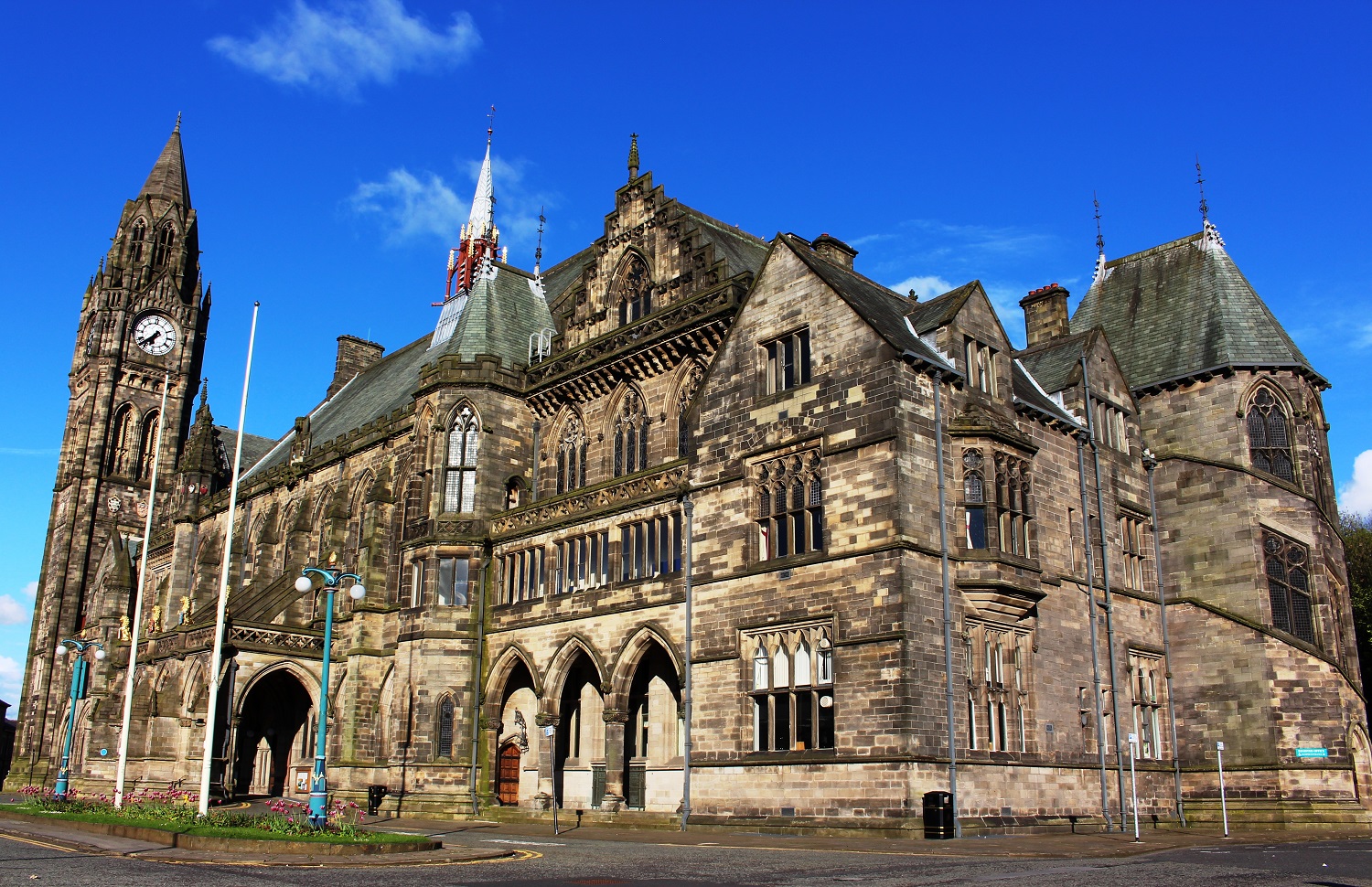 Called “one of the most historically significant buildings in the country“, Rochdale’s stunning Town Hall is set for a major restoration after The National Lottery Heritage Fund approved an £8.3m grant to redevelop the Grade I listed masterpiece.

But what makes it “one of the most historically significant buildings in the country”? Let’s have a look…

The year is 1856 and a new borough has just been created. It’s called Rochdale and all of its residents would like a big shiny town hall in which to have meetings and generally celebrate their newfound standing in the world.

The town has already had a rather interesting and industrious past at this point, with settlers here dating back from the Roman invasion of Britain when the area was the site of a castle which was built to stop attacks from the Saxons. It was mentioned in the Domesday Book as Recedham, and was just a small, insignificant market town for hundreds of years until the 18th Century. 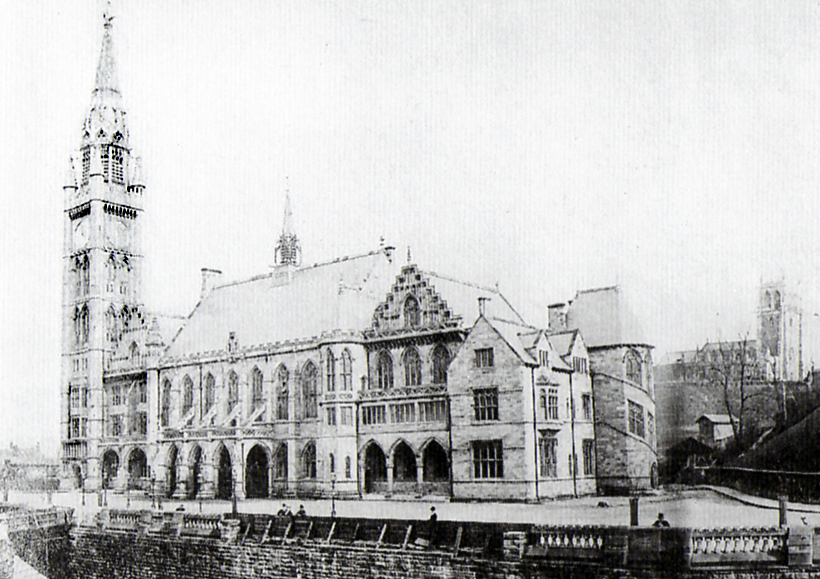 Rochdale Town Hall in 1874 (with the original clock tower)

We all know that this is the point when the Industrial Revolution kicked in, taking the small market towns of the north out of obscurity and into the great rolling cogs and pistons of the modern world. And it’s here where Rochdale became a borough and the life of its world-famous Town Hall began.

A competition was held to find an architect for the building, and narrowly beating off one submission by a 5-year-old lad who smushed some crayons onto some paper, William H Crossland from Huddersfield was chosen. His only other major project was the Gothic revival Founder’s Building at Royal Holloway College in London so it was seen as a bit of a gamble at the time.

The gamble paid off though and the building was officially opened on 27th September 1871 to high praise and fanfare. Unfortunately, just 12 years later, the original clock tower was destroyed in a fire, so the council roped in old hand, Alfred Waterhouse, designer of the Town Hall in Manchester and the Natural History Museum – to create a new one. 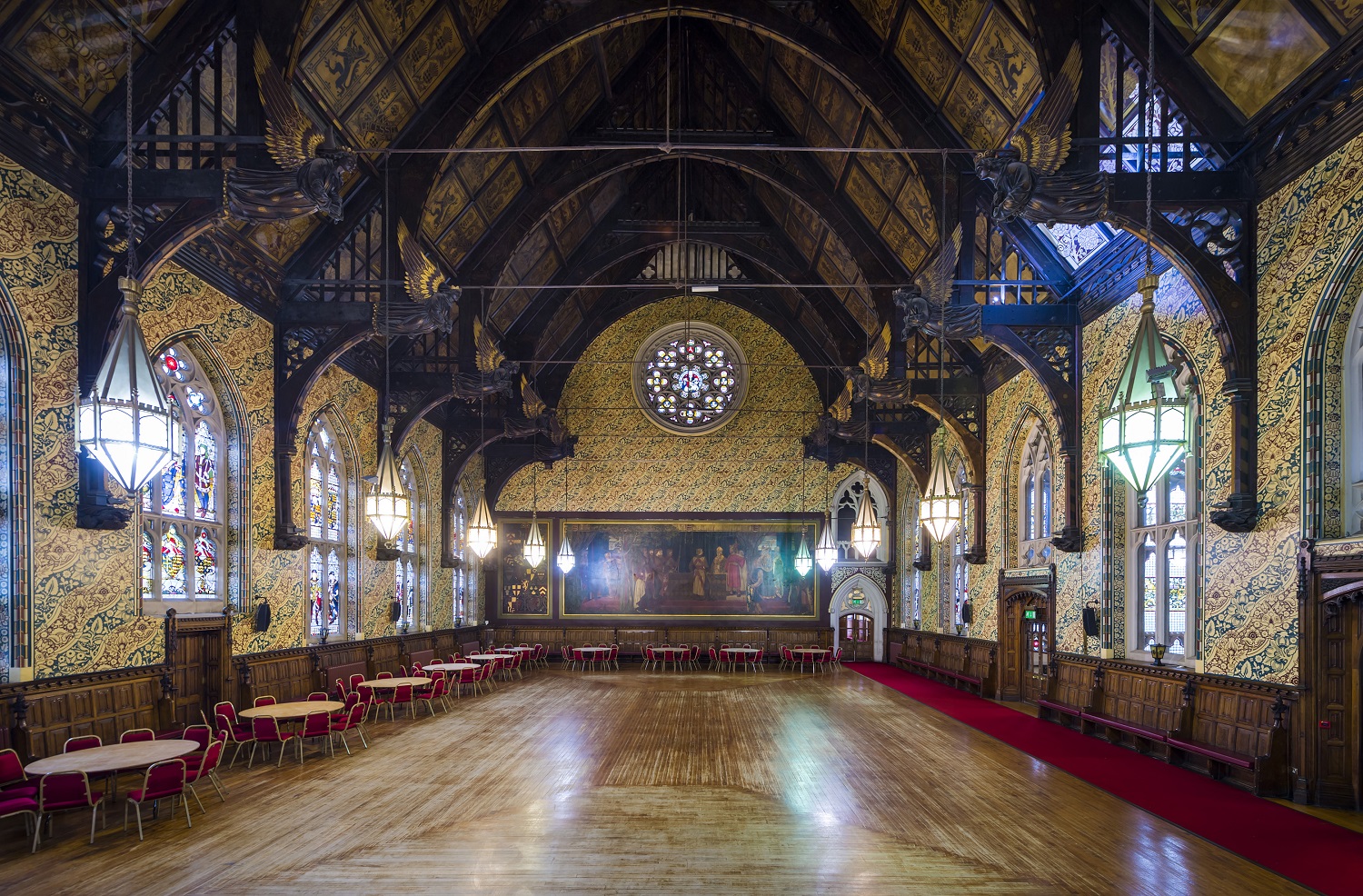 The bells in the clock tower have actually recently since been used as a replacement for Big Ben, when the gongs rang out “over the land” while the famous chimes in London were being repaired. Oh, and there now lives a family of Peregine Falcons in there, who even have their very own webcam which you can watch right here.

One of the most famous features of Rochdale Town Hall is the organ, which was installed in 1913 and was subject to an opening recital in the presence of King George V and Queen Mary. 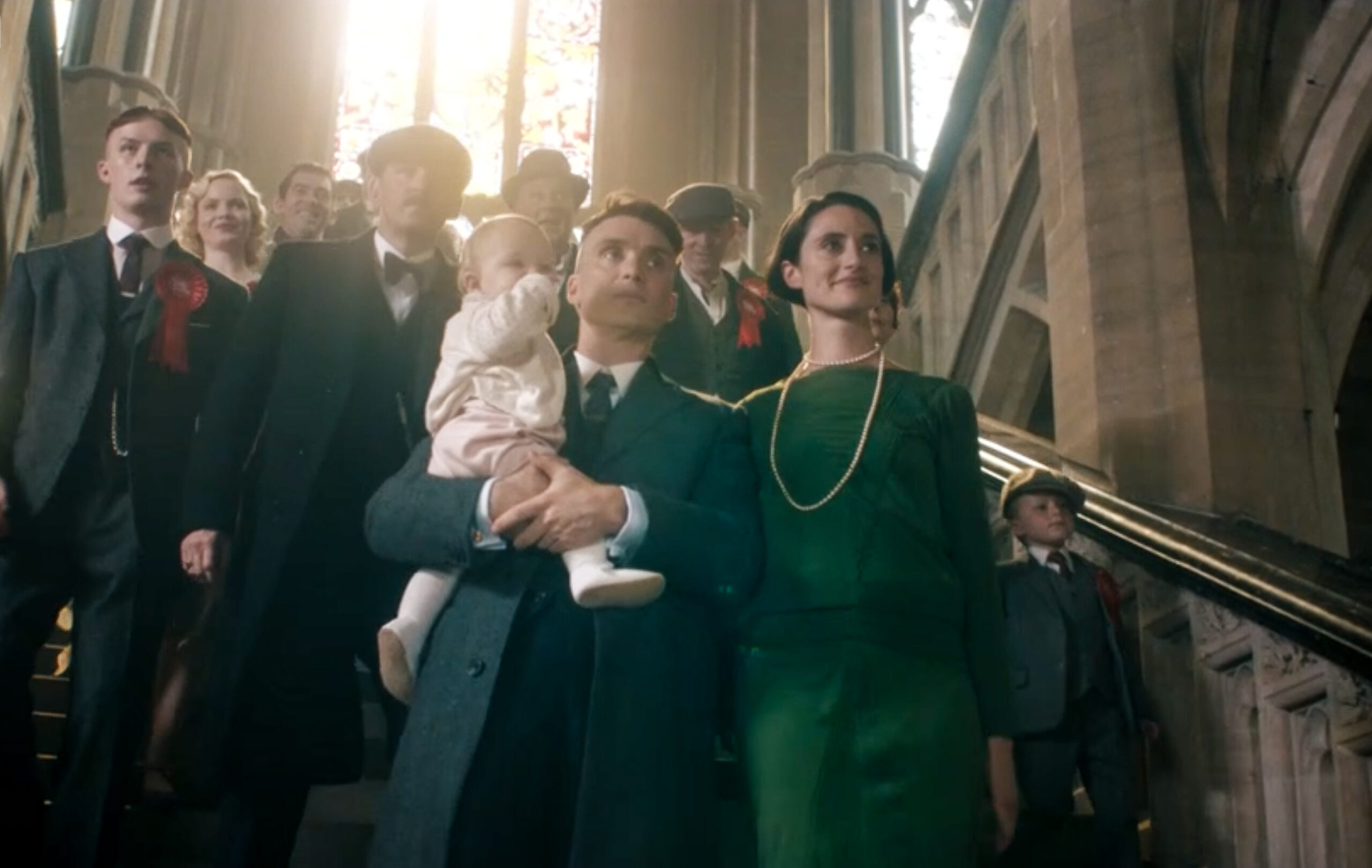 Built by quite possibly the most prolific organ builder of the time – James Jepson Binns – it stood pride and place for over 60 years, until it was rebuilt by J.W.Walker & Sons Ltd in the late 70s. It remains still one of the finest musical instruments in the world as well as a superb example of J.J. Binns’ craftsmanship.

The Town Hall has also been used during the filming of a few famous TV shows and films, most noticeably Peaky Blinders (the bits that are supposed to be the Houses of Parliament), Coronation Street and Tolkien. The balcony was also used most famously by Rochdale lass, and worldwide superstar, Gracie Fields in 1947…

Finally, no mention of the Town Hall in Rochdale is complete without mentioning Adolf Hitler, in what seems to be the most unlikely of relationships. The story goes that Hitler was a massive admirer of the Victorian Gothic architecture and he loved it so much that he wanted it to be taken, brick-by-brick, back to Germany – so he could admire it on his own doorstep.

Word was that he perhaps saw intelligence or reconnaissance photos of the building and wanted it for himself, or, more likely, the Nazi propaganda and fascist politician William Joyce (nicknamed Lord Haw-Haw) told him about it – because his mam was from Shaw & Crompton just up the road in Oldham. 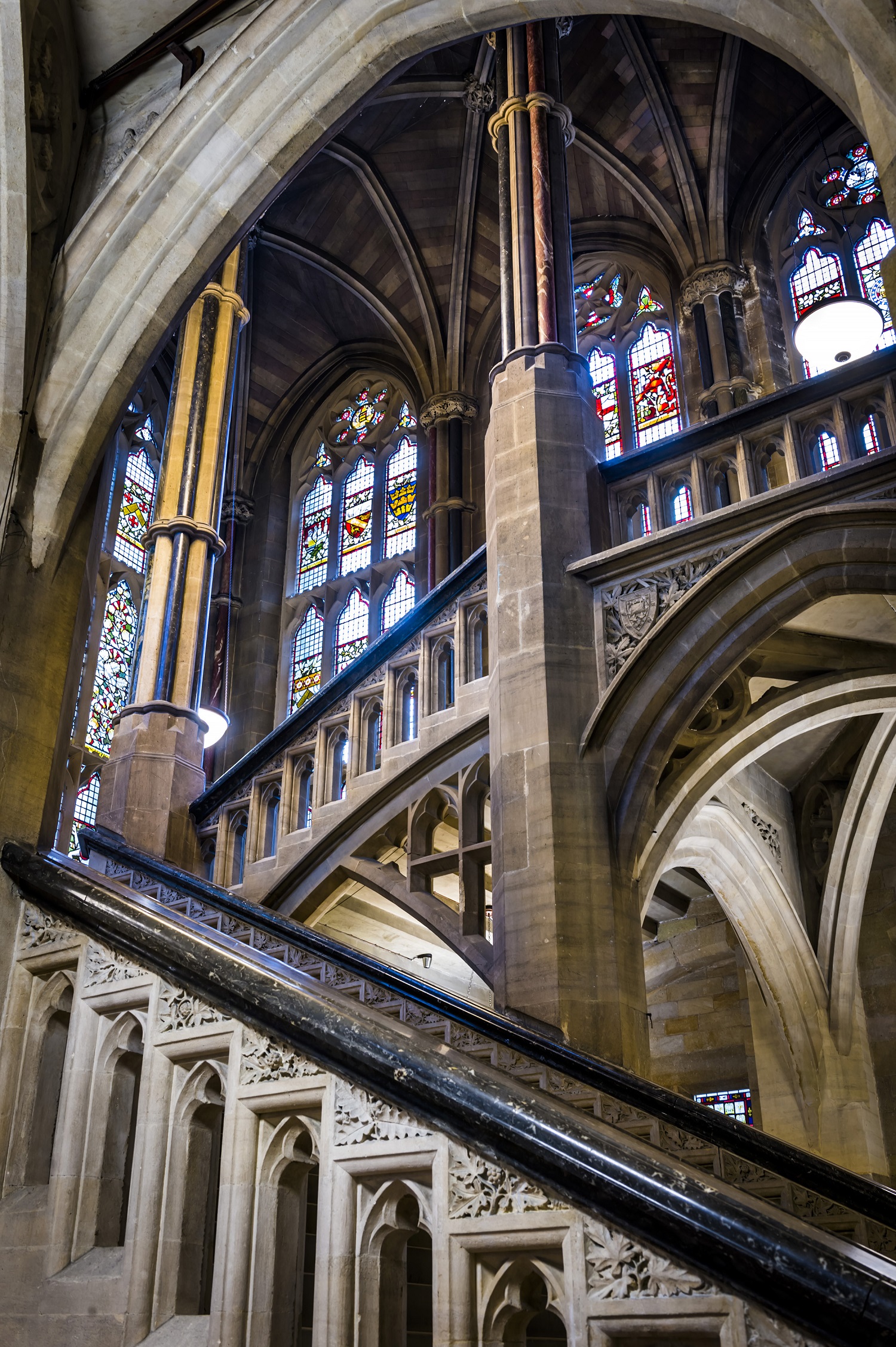 Of course, there has been word of Hitler also being impressed with the Midland Hotel in the city centre of Manchester too, but instead of wanting to transport that building brick-by-brick the idea was that the Luftwaffe would just try not to bomb too close to the hotel itself.

Luckily Rochdale (or the Town Hall) didn’t get bombed at all during the Second World War, with the closest bomb being dropped on the Dunlop Mill at Sudden by a returning bomber.

Getting up to the modern day now and, as mentioned earlier, this week has seen the Town Hall receive an £8.3m grant to develop from The National Lottery Heritage Fund. 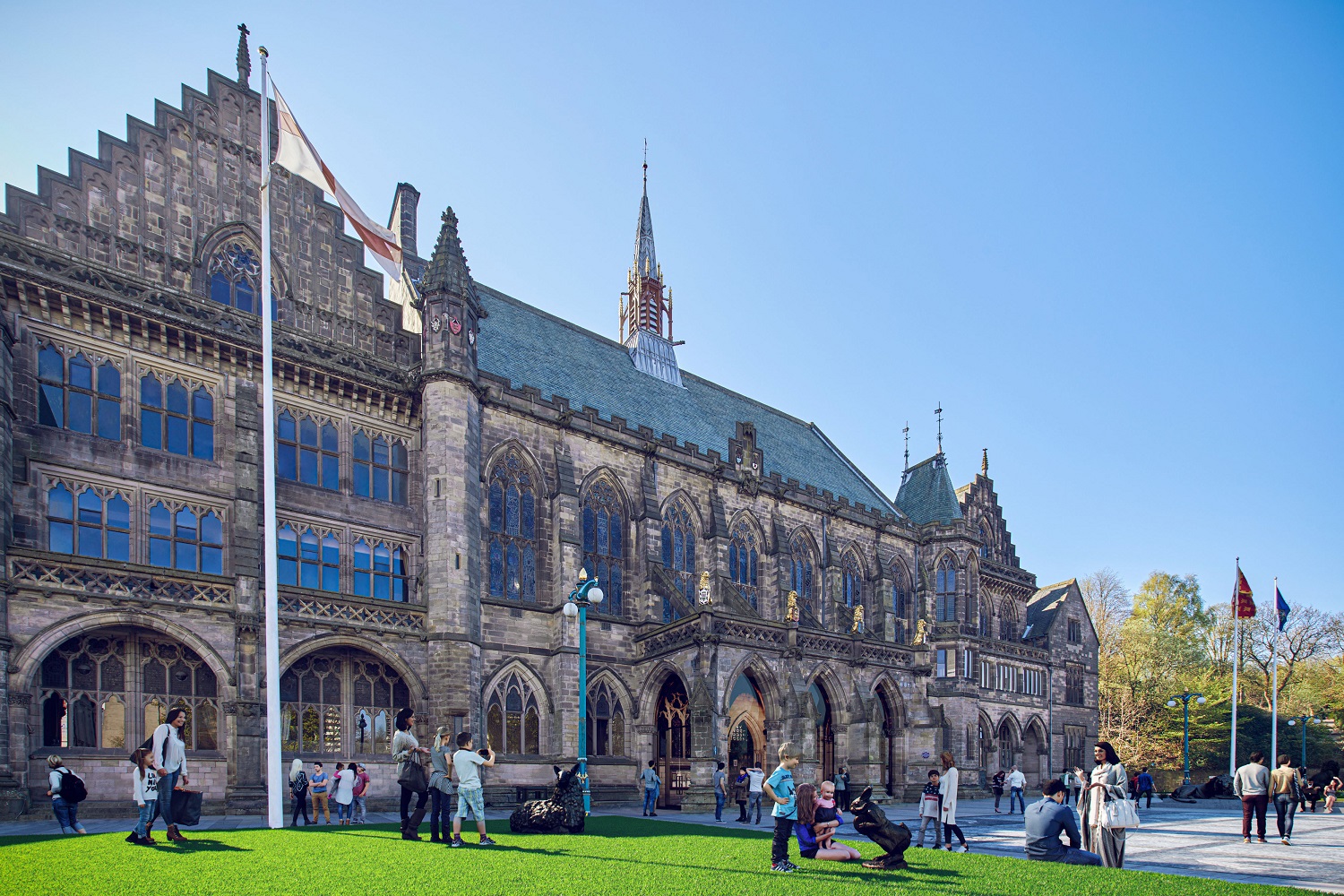 David Renwick, Director, England, North at The National Lottery Heritage Fund, said: “We’re delighted that, thanks to money raised by National Lottery players, we are able to support the restoration of the magnificent Rochdale Town Hall. Grand and impressive town halls like Rochdale’s are an iconic part of the north’s rich heritage and signal the splendour and importance of our towns’ and cities’ role in the Industrial Revolution. 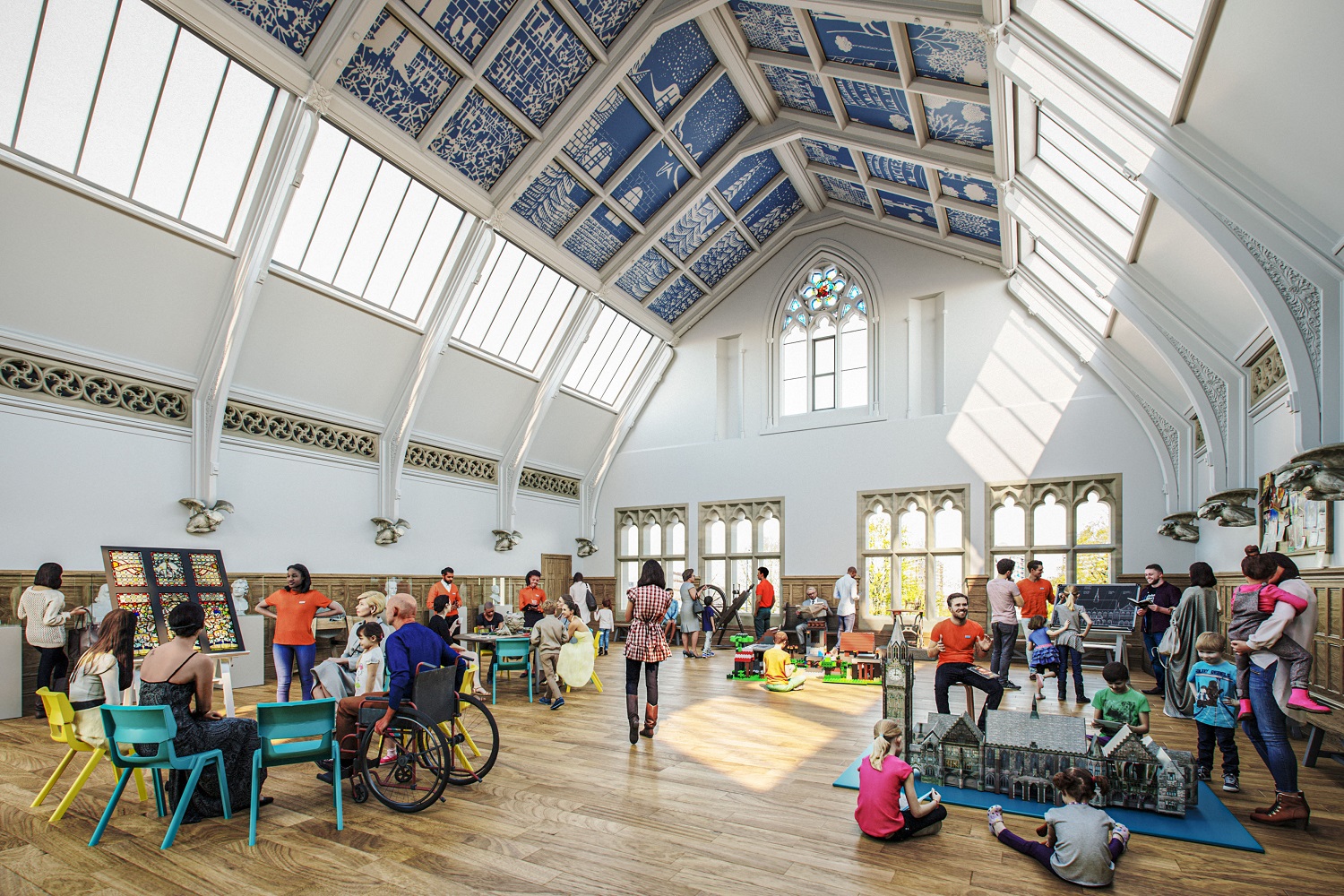 “But as well as being a sign of past glory, they can be a crucial part of how heritage can inform and enrich our futures – boosting the local the economy and reaching communities through the opening up of these special civic spaces. Rochdale Town Hall is one of the country’s finest examples, and we’ve been impressed by plans to use the building as a hub for engaging diverse audiences and celebrating the fascinating heritage of the town.

“We know that investment in heritage can have a tremendously positive impact on local economies and the revamp of Rochdale Town Hall will provide a further boost to the ongoing regeneration of the borough.”