Launching this weekend, the Muslim Women's Arts Festival is a real world and online celebration of female empowerment and creativity. We talk with the founder about what audiences can expect.

The new Muslim Women’s Arts Festival is produced by MACFESTUK.

Next Tuesday, 8th March, is International Women’s Day 2022, but ahead of that global celebration a brand new event opens in our city shining a light on Islamic female creatives from across the world.

Introducing the Muslim Women’s Arts Festival, which opens Saturday 5th March at The Whitworth on Oxford Road. Brainchild of the team behind the newly-formed Muslim Women’s Arts Foundation and longer-standing MACFESTUK (Muslim Arts & Culture Festival, founded in 2017), the launch date will see a series of ‘cultural hub presentations’ with work from countries including Afghanistan, Pakistan, Libya, and Sudan.

A screening of ‘My Name Is…’, a documentary exploring the experiences of people who do not have English-sounding first names, is also on the cards. Artwork by Ukrainian-born, Trafford-based practitioner Natalia Stefurak, Bolton’s Asma Jadakara Desai and Ayesha Yilmaz, and Birmingham-based Hanna Ihsan will be on display. Meanwhile, face, silk and ebru marble painting, card making and calligraphy workshops will also form part of the day. 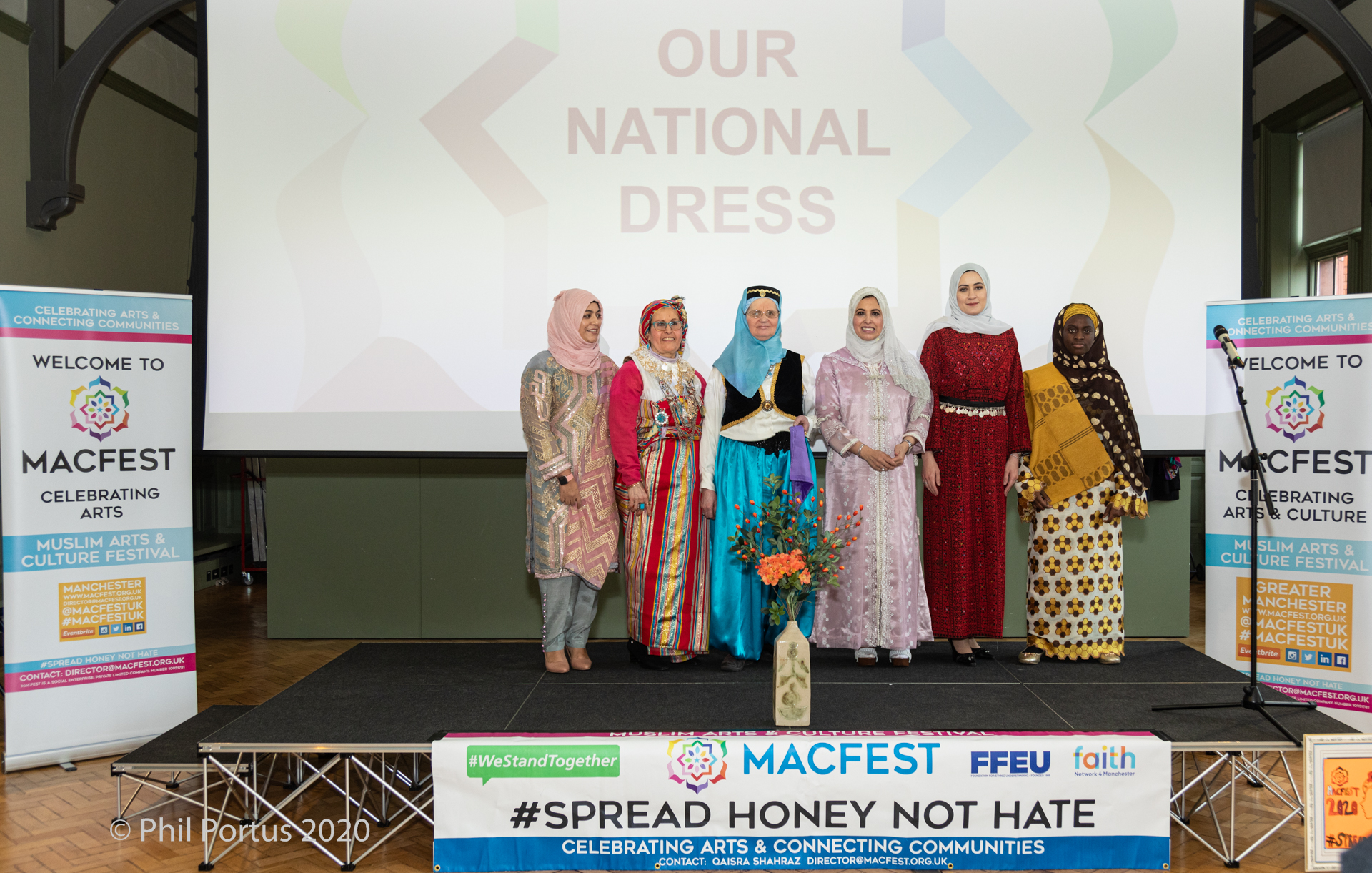 From there, the Muslim Women’s Arts Festival goes digital for the majority of its remaining programme, which runs through to 20th March. Events touch on fashion, empowerment, free speech, food, history, bookmaking, and much more. Live dates are also scheduled for venues including Elizabeth Gaskell’s House, Longsight Library, Museum of Science & Industry, and The Lowry. A full calendar can be found here.

Keen to learn more about these plans, Finest looked to Qaisra Shahraz MBE — founder and executive director of MACFESTUK, prize-winning and critically-acclaimed novelist, scriptwriter, peace and gender activist. Not to mention one of the central team at the core of the Muslim Women’s Arts Festival. We start by asking how significant this programme actually is. 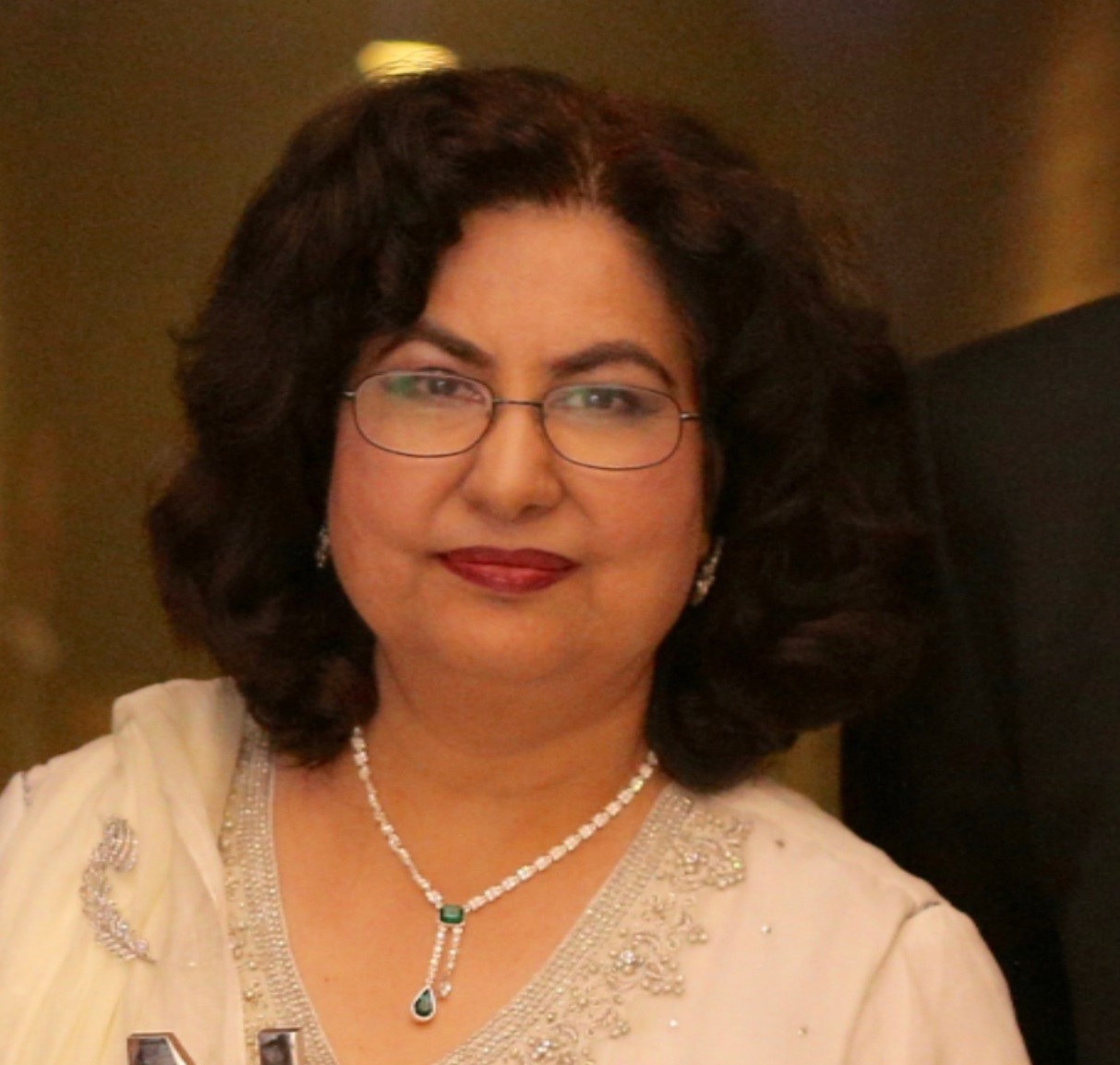 “Its the first festival of its kind — I feel passionately about women’s welfare, their lives, achievements and the challenges they face. This includes Muslim women who are often portrayed in a negative manner by the media. My aim in setting up this festival is to debunk some of those myths and negative perceptions about Muslim women. To go beyond the veil,” says Shahraz.

“As an author myself, I wanted to provide a platform to showcase and celebrate women of Muslim heritage from around the world who are working or aspiring to work in the creative industry,” she continues. “During the pandemic, creativity was one fantastic medium of coping with stress and depression. I managed to write quite a few chapters in the first few months of the pandemic.”

With so many artists and creatives involved in the inaugural edition, visitors and online audiences can expect to discover plenty of talent over the coming weeks. Fun as that is, though, we couldn’t help ask the women behind it all for some recommendations on the practitioners people shouldn’t miss. 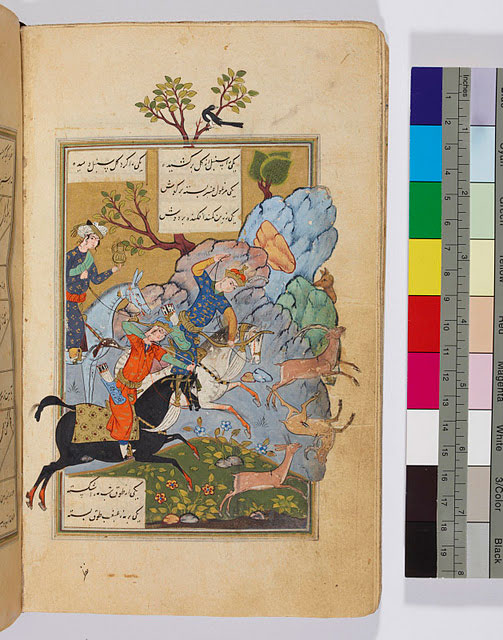 A miniature painting from the extensive Persian, Turkish and Indian collection at Manchester’s John Rylands Library

“The festival celebrate the richness and diversity of the Muslim world. We are hosting local and national artists, and global — from Nigeria [Haneefah Adam], a Yemeni photographer [Boushra Almutawakel], a Somali/Australian ceramist [Idil Abdullahi], a Turkish/German writer [Kubra Gumusay], an Indonesian publisher [Sari Meutia], and a British Moroccan comedian [Fatiha El Ghorri]. As well as Engy El Shazly, an Egyptian ballerina,” Shahraz replies.

A packed list to say the least, Shahraz is equally clear on what she and the team want attendees to take away from their time at the Muslim Women’s Arts Festival. “We want to entertain our audience and enjoy the rich feast we are offering of multi-media arts. Also, we want our non-Muslim attendees to learn more about Muslim women and their success in the creative industries, thus enhancing and providing positive perceptions about these women,” she says.

“The Foundation, and the festival, in partnership with MACFEST, hope to inspire and celebrate women in the creative industry as well as providing a platform for them. This includes both those aspring to enter into the industry as well as established creatives, who will share their success stories from around the world,” Shahraz continues. “After the women’s festival, including a celebration of International Women Day with four famous writers from around the world, in April we have a Ramadan festival, in July an African heritage festival, and for September an Arabic heritage festival.”

The calendar of events for MACFESTUK and Muslim Women’s Arts Foundation can be found here. Most events are free to attend, but registration is required.

Find out more about the Muslim Women’s Arts Foundation here.

Find out more about MACFESTUK here.

The Stoller Hall kicks off 2023 with a season of classical, jazz and folk stalwarts
Arts & Culture

From Tim Burton to Wes Anderson: The life of Manchester’s Mackinnon & Saunders documented in new exhibition