as Manchester's Reform Radio X Jäger takes over the turntables...

Manchester’s Reform Radio will be bringing the noise to Wilderness Record Store next Thursday.

Wilderness, the neighbourhood record store that has turned Withington into an essential spot for a dig and a drink, has put some of Manchester’s most exciting and promising acts on the radar.

The perfect spot to catch a live gig from a number of live acts, DJ collectives and crews.

On Thursday 27th of Feb, join Wilderness for a genre-spanning evening of cutting-edge selections from some of the Reform Radio residents.

Recently announcing Annie Mac as their official ambassador – Reform Radio started in a basement in South Manchester circa 2013 and have been building their reputation as one of the world’s most respected online stations and social enterprises since.

On Thursday, they’ll be easing in with some leftfield and experimental cuts from Doe & DR MYSTERY, followed by Heliocentric’s Chandé with a bag of Jazz-Funk gems, bargain-bin House and Garage bangers and finally a trip to the Broken-Beat outerworlds with Alga-Rhythms to close with.

This year we kicked off #JagerReform, definitely one of the highlights of 2019. Massive thanks goes out to all the artists who graced the space with their music and art, to everyone who attended our events, danced and sang. You’ve made this year very special. And to everyone at @jagermeisteruk and Reform Radio who worked very hard to deliver these amazing events. Watch this space in 2020 Music in the video by the amazing @flowtheory band

What’s even better, the night will be fuelled with FREE Jäger Mule!

It’s free entry, but capacity is limited – so make sure you get down there early to avoid disappointment. 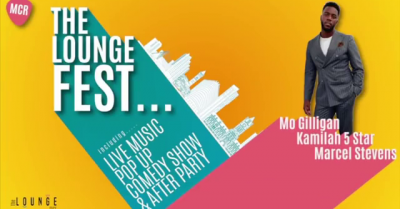