A look back at Joy Crookes’ Intimate Gig: A night of brand new musical talent on Portland Street

This week I was fortunate enough to head over to Portland Street and catch Joy Crookes’ intimate performance as part of ibis Hotels new music programme.

I first heard of Joy in December 2017, when YouTube channel Colors uploaded a video of her performing ‘Mother May I Sleep With Danger?’ The video has since been viewed over 8 million times – more than any other video on the channel.

Since then, Joy has burst onto the music scene and released three EP’s, resulting in 25M+ streams. Joy ended last year tipped for great things in 2020 with highlights including Jools Holland, Glastonbury and Maida Vale to name just a few. She’s 21!

After recently being featured on the BBC Sound of 2020 list and receiving her nomination for the BRITS Rising Star Award, Joy is most certainly on the up and is receiving some much-deserved attention for her raw talent and candid songwriting.

Alternately soulful, her jazz-influenced sound is playful with the power to make your heart ache, with her talent often drawing comparisons to musicians like Amy Winehouse and Sade.

“That’s a lot of weight to carry, but I think of it like, people like what I’m doing, so I’ll keep doing that.” Joy told gal-dem last year.

Supported by emerging artists Tobi Sunmola and Velvet Shakes, this performance was the second instalment of the ibis music series.

The hotel bar area was transformed into a live music venue and was packed out to the brim.

Joy’s honesty is buoyed for her natural ability to tell stories. Something which was highlighted through her intimate performance.

She was chatty and animated, she talked with her hands and connected with her crowd from the moment she stepped foot onto the stage.

After a gentle and funky acoustic performance of “No Hands” for her first track, she laughed into her microphone and let us know what was what.

“We’re not going to have a dry night, you’re not just going to stare at me like you are now, you’re going to make some noise!”

The night blurred the line between lyricism and poetry as she took us on a journey with her anecdotal lyrics.

Her charm was infectious, and it felt impossible not to have a good time and fall in love with her and her music, all over again.

There was a host of familiar Manchester faces in attendance including Creator and Designer Meme Gold, who Joy candidly thanked on stage for designing her sweatproof top “clever, right girls?”

ibis, which has supported new music talent around the world for many years, also gave two emerging artists the chance to perform alongside Joy on the night.

Tobi Sunmola’s sound was genre-hopping and leant into hip-hop, R&B and grime. His charm and energy was powerful, with Joy even joining the crowd with her entourage for his last song, videoing Tobi for her Instagram story whilst singing along.

The direct contrast between the two highlighted the breadth of Joy’s music taste and gave the intimate crowd perfectly curated big energy before her performance.

“Finding your sound takes a lot of working out and I’m proud to be a part of these artists’ journeys as they grow” she told us.

These 3x intimate performances from Joy are giving fans a perfect taste of what to expect before she embarks on her upcoming tour and bigger stages throughout the UK and Europe.

The last instalment of Joy Crookes tour with ibis will be taking place next Wednesday in ibis London – Shoreditch.

Powerful Female Artists You Need to See in Manchester this Year 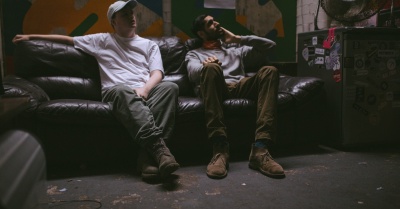