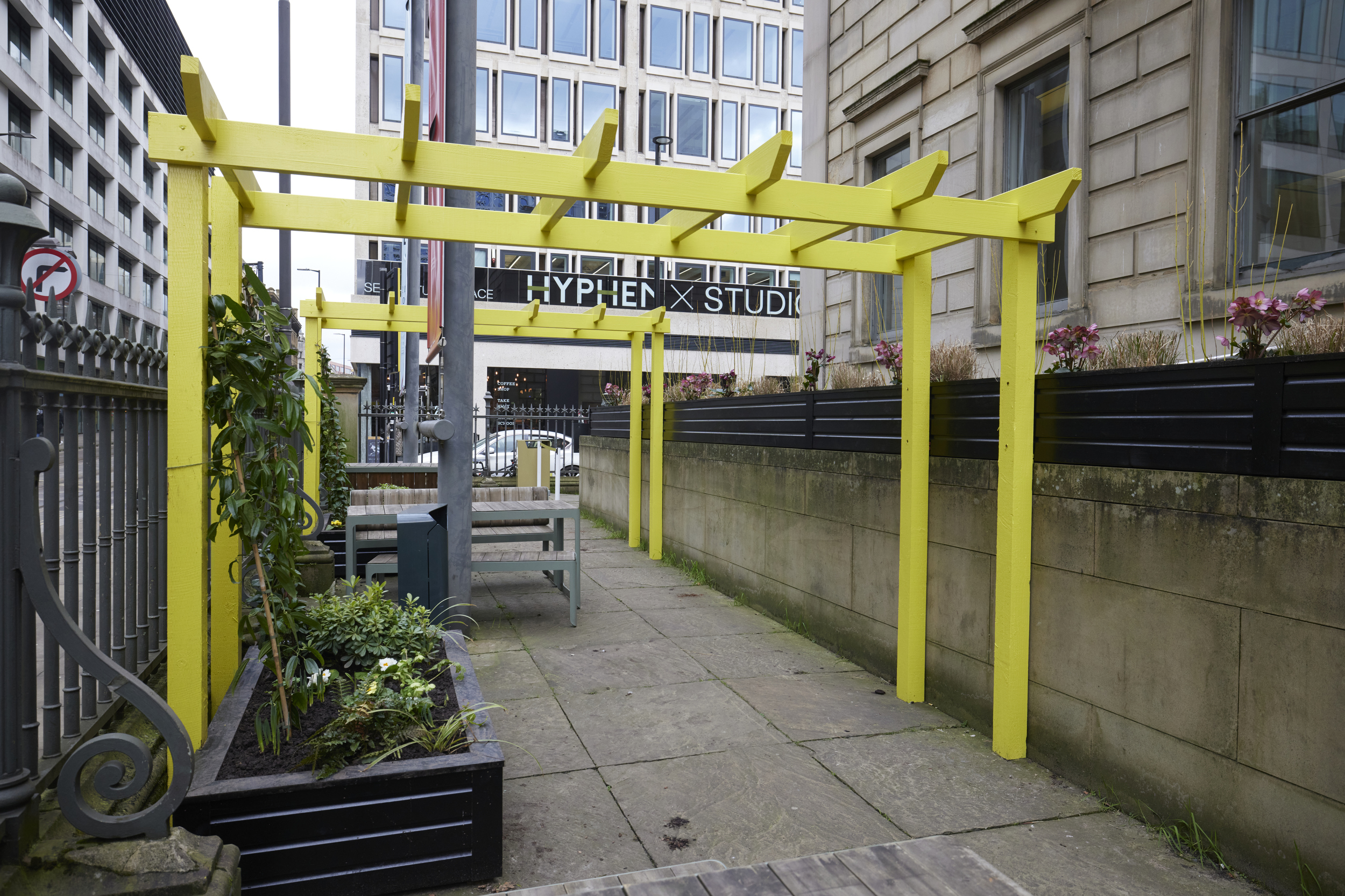 Drawing its inspiration from artist, filmmaker, activist, and gardener Derek Jarman, the project to establish a Pocket Park at the gallery was devised in partnership with to complement the Jarman exhibition Protest! which opened there in December last year, after a delay of nearly 18 months due to Covid.

The park’s creation has been a labour of love for a group of volunteers who are all members of Pride in Ageing – a programme launched by the LGBT Foundation in Manchester to ensure the voices of LGBTQ+ people over the age of 50 are heard when it comes to ageing policy and activity in Greater Manchester. 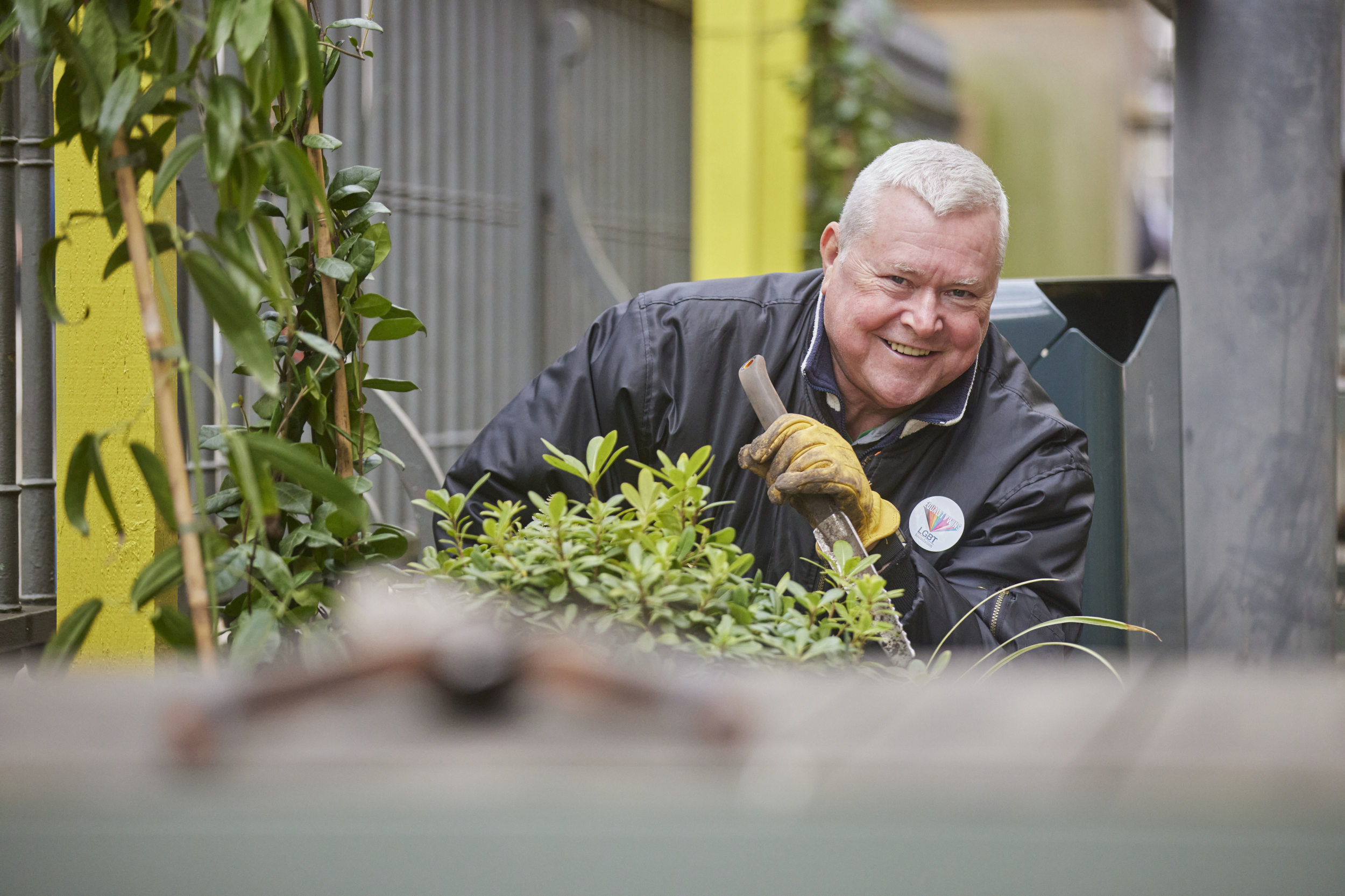 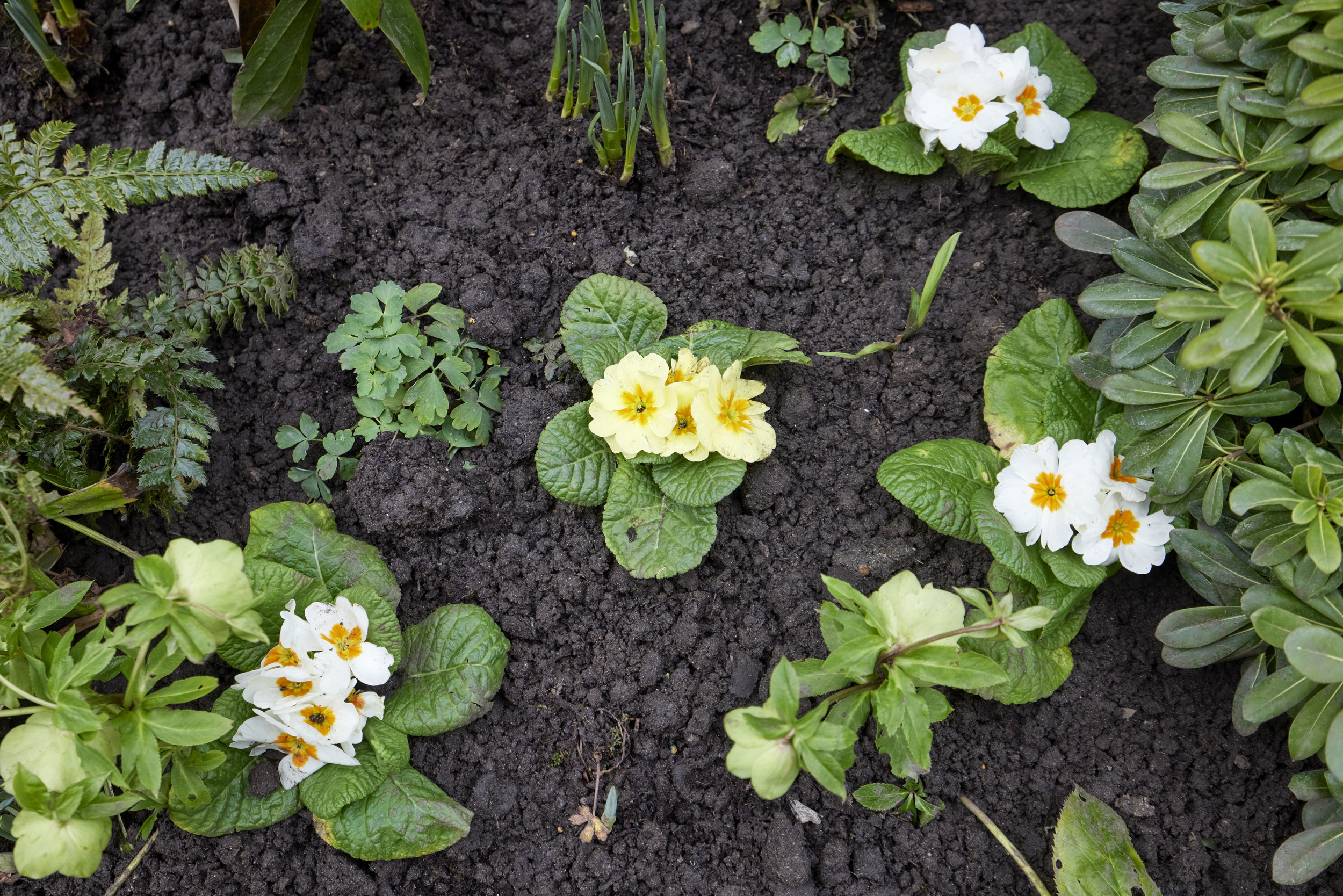 The green-fingered group worked with the artist Juliet David-Drufayard, landscape architects from Exterior Architecture, the community team at RHS Bridgewater, and a gallery curator to develop the design and planting scheme for the outdoor space that surrounds the gallery.

The unique garden design and planting scheme they came up with references Prospect Cottage, Jarman’s own cottage and garden at Dungeness in Kent, where he spent the last few years of his life working and developing his iconic garden, before dying of AIDS related illnesses aged just 52 in 1994. 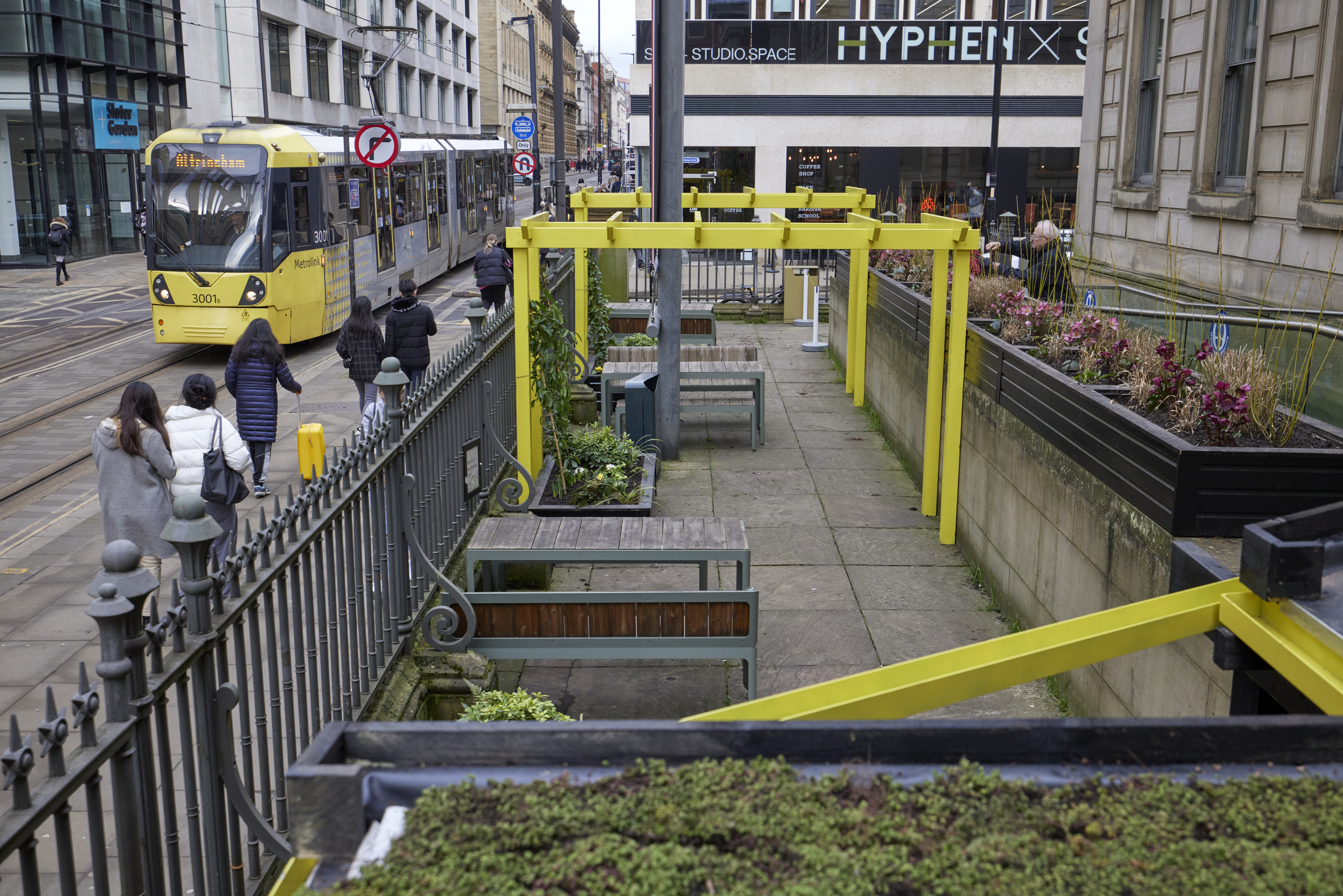 The plants used in the garden have all been chosen as plants that will thrive in the urban environment of city centre Manchester, as well as featuring some of the volunteer gardeners’ own favourite plants.

The yellow and black structural design of the garden, with its echoes of Prospect Cottage in its yellow and black colour scheme, includes quotes within the design that reflect Jarman’s writing and LGBTQ+ history.

The garden contains a number of innovative urban solutions to combat the effects of climate change, including planting to encourage biodiversity, sustainable planters, and other elements to provide ideas to visitors to encourage green initiatives at home. There’s also a sustainable shelter that includes a water feature to re-use rainwater to water the Pocket Park plants. 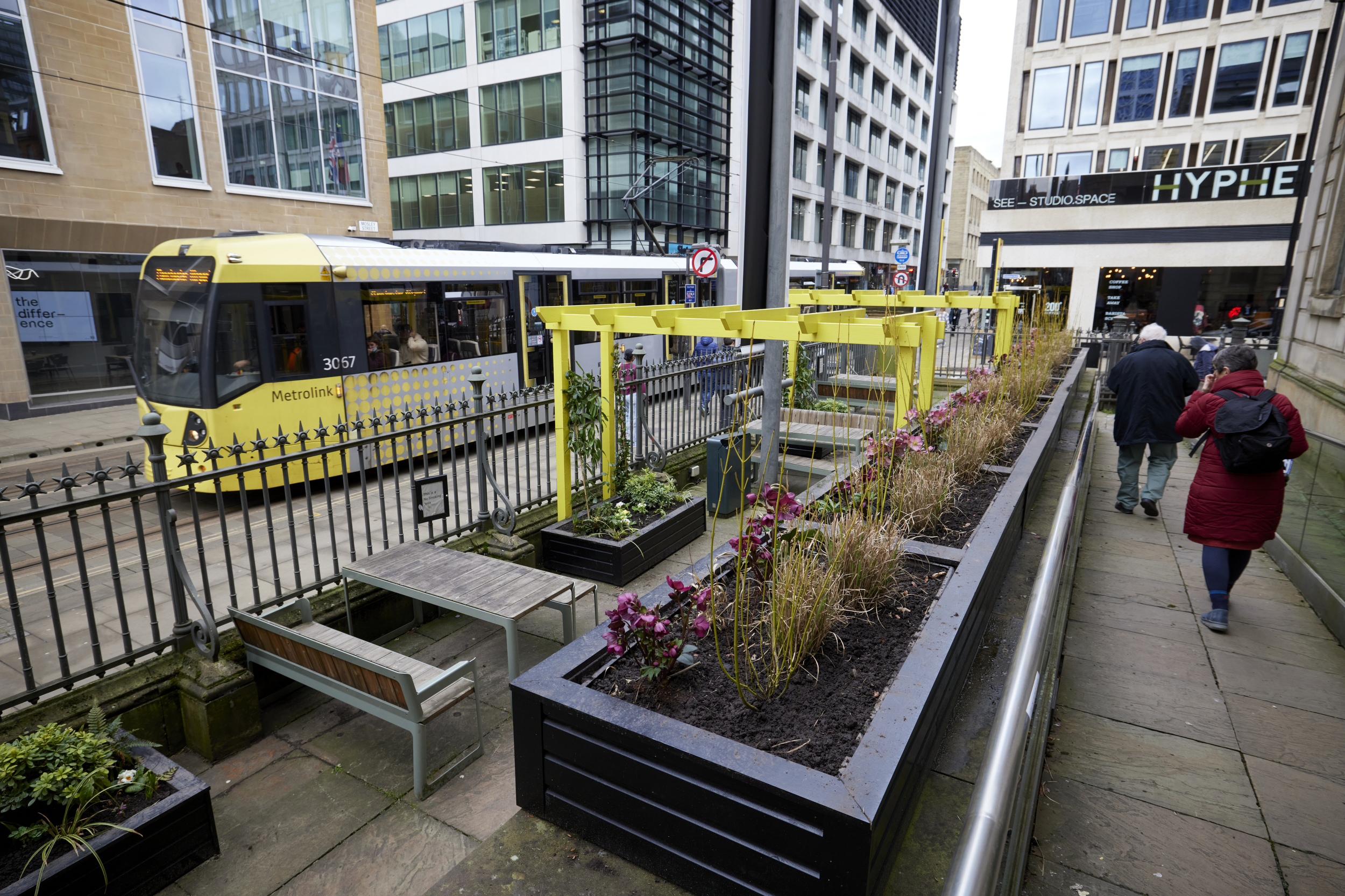 Derek Jarman was one of the first public figures to be openly HIV positive in Britain. He had always been openly gay in his work but after being diagnosed, he took on a leading role as a campaigner against the prejudice that proliferated in Britain as HIV/AIDS, along with huge amounts of misinformation, began to spread.

Almost 30 years on from Jarman’s first landmark exhibition at Manchester Art Gallery ‘Queer’, the Pride in Ageing group, many of whom also campaigned for gay rights and against homophobic policies and attitudes, continue to be inspired by the messages and movements for LGBTQ+ equality which Jarman and others started in the 1980s. They are now supporting LGBT Foundation to continue their work towards a fair and equal society where all LGBTQ+ people can achieve their full potential.

On until 10 April, the latest Jarman exhibition at Manchester Art Gallery Protest! has proved really popular with new and returning visitors to the gallery, who now also have a brand-new outdoor space to enjoy and spend time in. 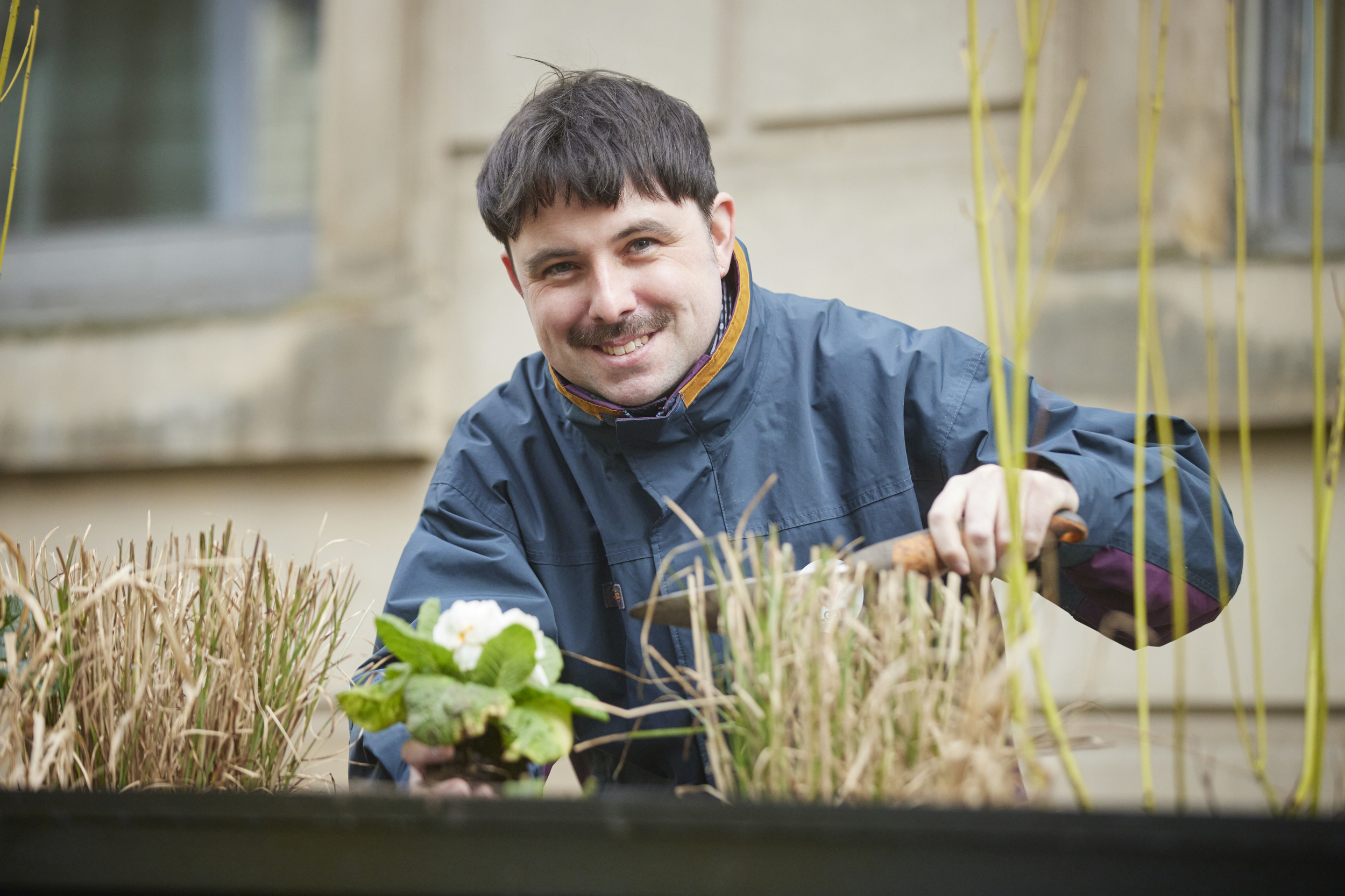 Councillor Luthfur Rahman OBE, Deputy Leader Manchester City Council, said: “We hope this wonderful Pocket Park will continue to grow and flourish in recognition of the living contribution to our city of our over 50s LGBT communities, as well as being a reminder and living legacy of Jarman and his peers who fought so hard for an equal and fair society for all LGBTQ+ people.

“It’s the perfect nature-filled addition to our art gallery which is otherwise surrounded by the hustle and bustle of city life.

“As well as providing a new space for the gallery’s community and well-being programmes and for its climate emergency work, it also provides an inspirational place for people to come together, share ideas and spend time in a tranquil and uplifting place for nature in the heart of the city.”

Many of the Pride in Ageing Pocket Park gardening group had their lives touched by Jarman’s work and activism in the 1980s and early 1990s, and revisited his legacy and influence through workshops and discussions via video calls during the Covid-19 lockdowns of last year, before getting to work on the Pocket Park project. Now the urban garden is complete, volunteers plan to stay on and maintain it through the seasons. 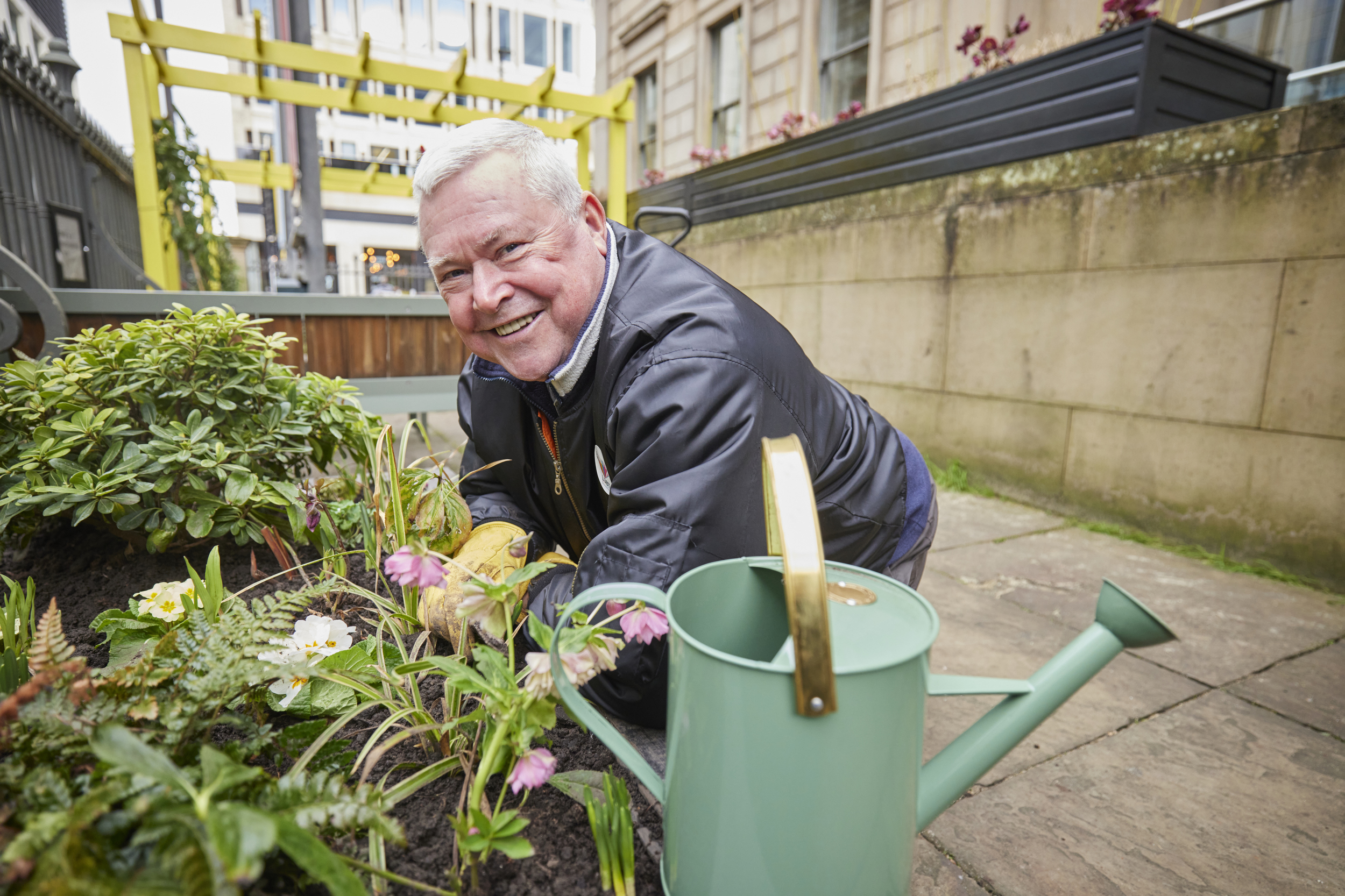 Lawrie Roberts, Pride in Ageing Manager at LGBT Foundation, said: “It’s been an honour to work in partnership with Manchester Art Gallery to open this brand-new Pocket Park, which has been designed and planted by volunteer gardeners from LGBTQ+ communities in Manchester and the city region who are of the same or similar generations to Derek Jarman.

“LGBT Foundation exists to continue to work towards an equal and fair society for all LGBTQ+ people, which is something that activists such as Jarman and his peers brought to wider public consciousness in the 80s and 90s.

“We’re delighted to be celebrating his legacy and historic links to Manchester through this project and to have created this fantastic new green space in the city centre for everyone to use and enjoy.

“As we all know, a gardener’s job is never done, and now the garden is finished, our volunteers will be staying on to help maintain the garden through the seasons.” 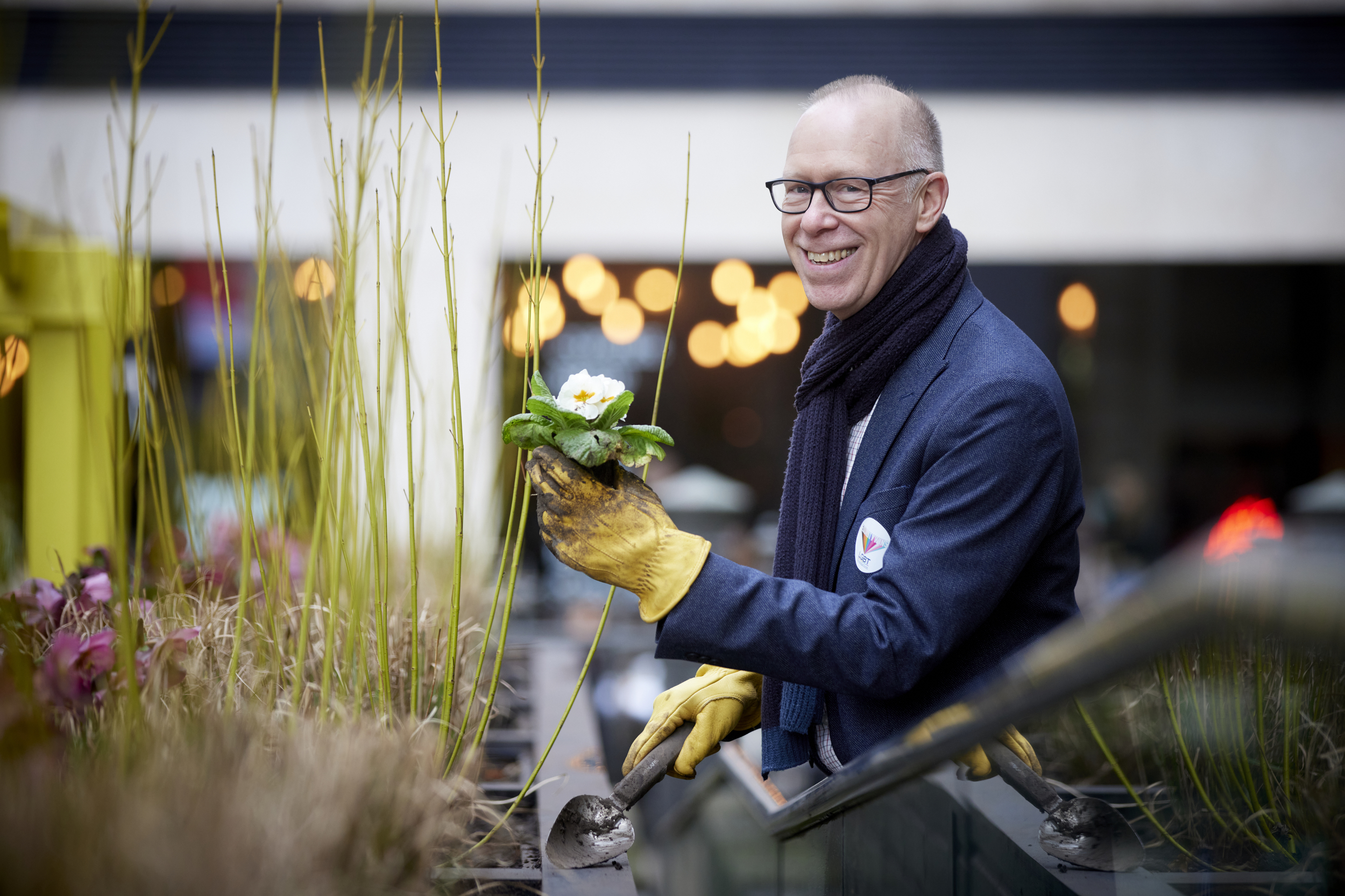 Paul and Hazel, Volunteer Gardeners, said: “We’ve come together as a collective of Greater Manchester’s over 50s LGBTQ+ communities, a bunch of knowledgeable, and not so knowledgeable, amateur gardeners, and a group of people who all share a passion for the beauty and power of gardens, plants and nature. It’s been great to have worked with so many partners to create a Jarman-inspired garden, a new green space in the heart of the city which everyone will be welcome to use”

The development of the Derek Jarman Pocket Park has been supported by The Ministry of Housing, Communities and Local Government Pocket Parks, Pride in Ageing at the LGBT Foundation, United Utilities, The Postcode Lottery Trust, RHS Bridgewater, Exterior Architecture, Manchester Wellbeing Fund, and The IGNITION Project – which is a partnership of local government, universities, NGOs and businesses to help to build the city region’s ability to adapt to the increasingly extreme impacts of climate change.

The BYOB Burlesque Show in a Northern Quarter Attic this Week