The Manchester born and bred artist will be showcasing his new solo show in London this December... 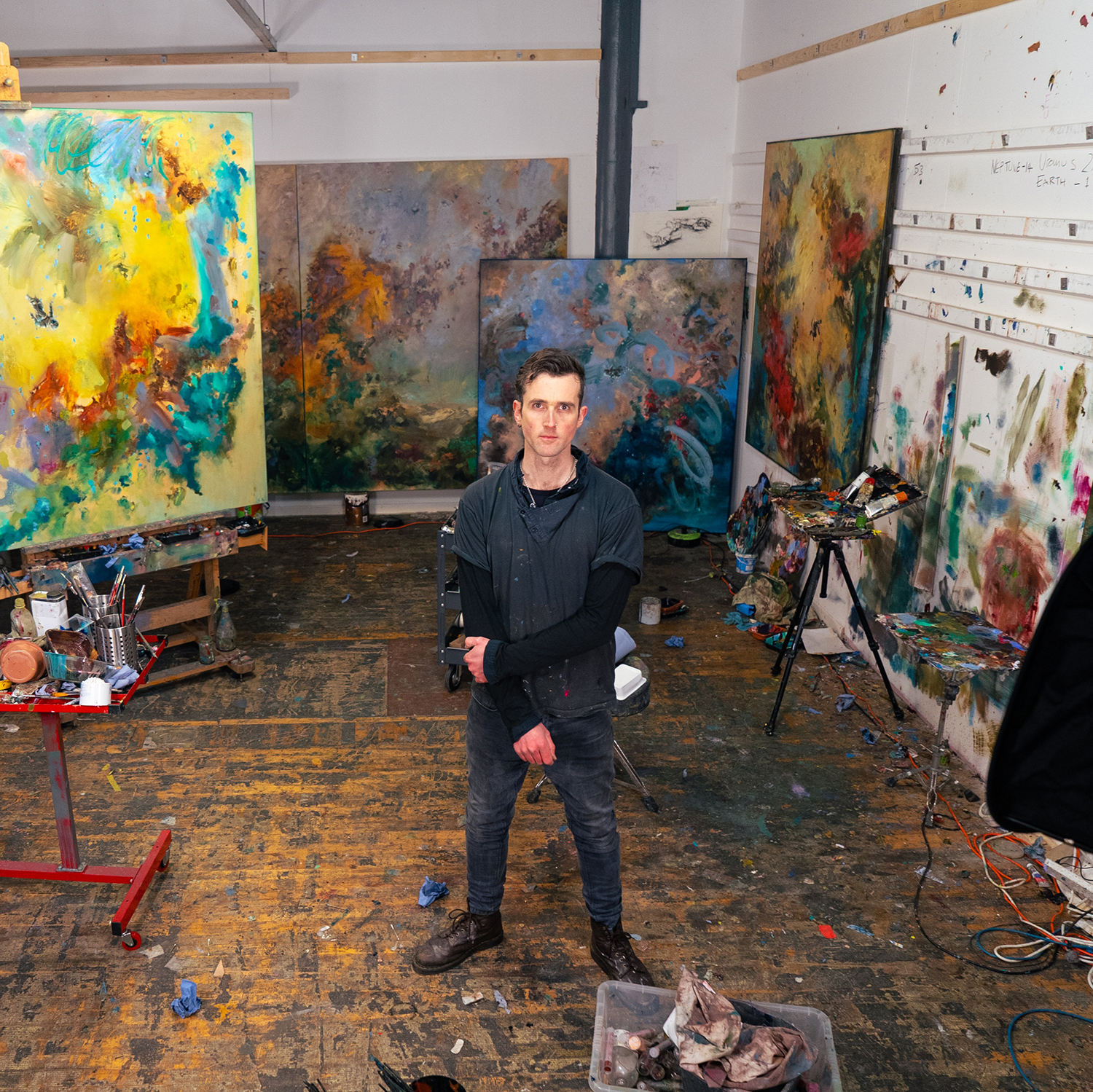 Mancunian artist Chris Rivers’ new solo show has opened today at the Pontone Gallery in London, a showcase of 20 new paintings with the focal point being ‘Angels are Astronauts‘ a selection of ten pieces each referencing a planet in the solar system.

Inspired by the idea of bringing harmony to the conflict between science and religion, ‘Odyssey’ is a reflection of Chris’ signature style, typified by emphatically gestural handling, a sumptuous colour palette and a dramatic evocation of pictorial space. 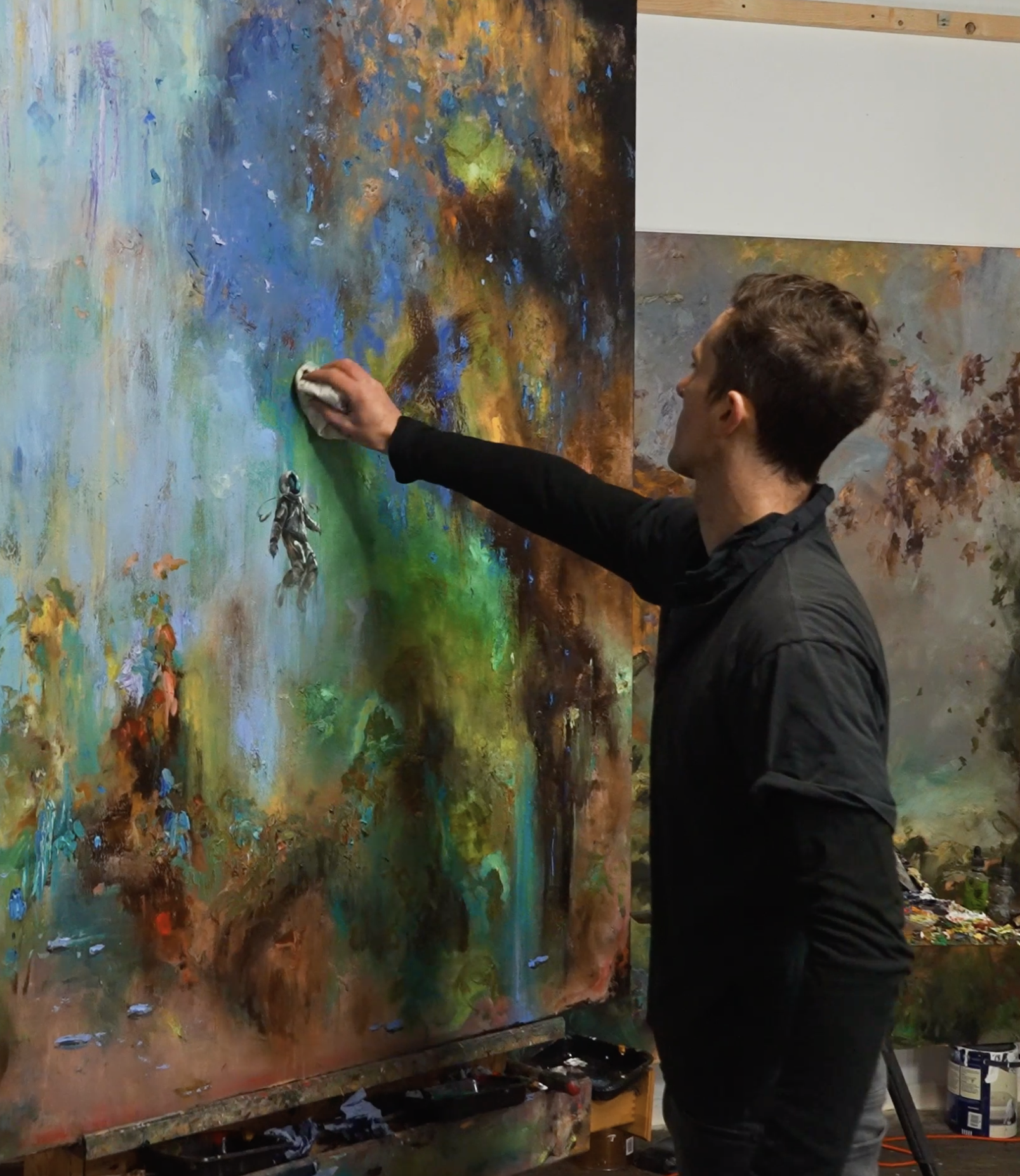 Each ‘Angels are Astronauts’ picture references a particular planet of the solar system, as well as the Sun. The scenes are swirling vortices of turbid colour, allusive to the popularly- perceived characteristics of each subject: for example, Mars, Jupiter and the Sun are hot- hued, Earth watery and Mercury darkly fluid.

Small figures in spacesuits tumble through vaporous skeins and veils of paint. These are interstellar landscapes, fantasy worlds, which read as surreal collisions between the sci-fi images of Kubrick’s ‘2001 A Space Odyssey’ and Monet’s lily ponds. 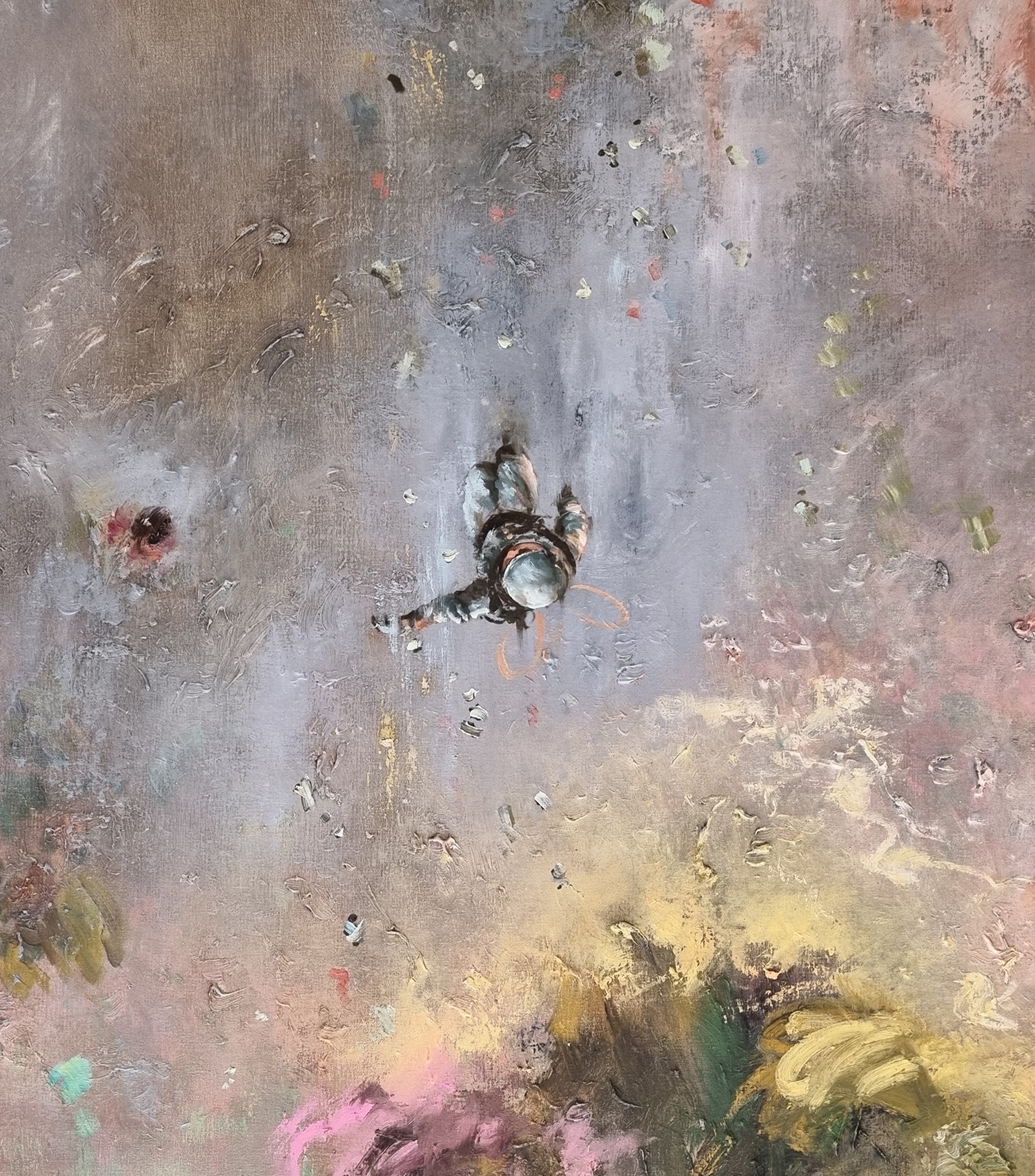 ‘Sleeping Fairies and Savage Unicorns’ takes us into a terrestrial world of pastoral reverie. The focus is on landscape and its abstractions. Rivers’ expressive manipulation of oil paint makes turbulent, shifting panoramas.

Cursive brush marks and graphic scribblings describe succulent vegetal forms and half-seen fragments of land, sea and sky. This is where you may well see mythical creatures, conjured from fevered dreams. 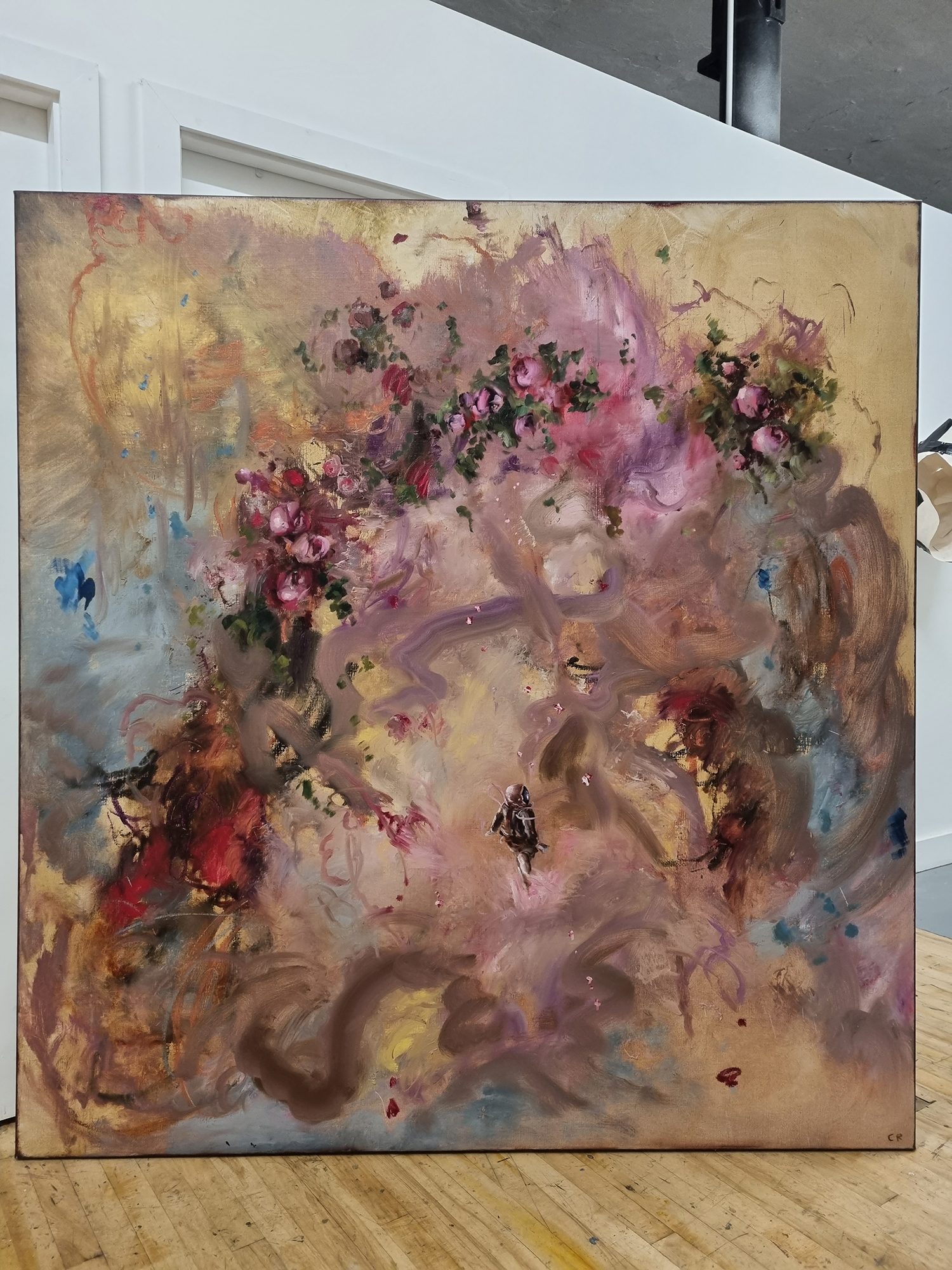