The statue highlighting a very important moment, and group of women, in Manchester’s history. 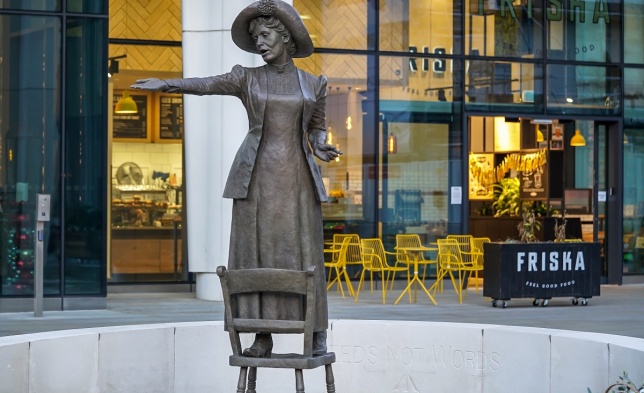 Friday 14th December 2018, exactly 100 years since the first woman voted in the General Election, saw the unveiling of Manchester’s first statue celebrating a female since 1901 and that woman was Emmeline Pankhurst.

As young women growing up in a world where the discourse of feminism is widely acknowledged, we are taught a few key names of women who forged the way. Mary Walstencroft, Frida Khalo, Marie Curie, Virginia Wolfe are some that come to mind, but the name that holds the most power, for me personally anyway, is Emmeline Pankhurst. 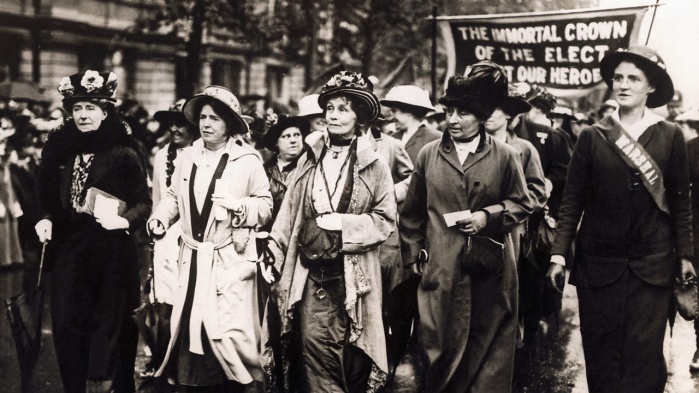 And, best of all, is she is a Mancunian lass.

Born in 1858, Emmeline Goulden was born in Moss Side to a family who was not unfamiliar to politics which were rather radical for the time. Emmeline stepped into the same mould from an early age and developed an undying passion for Women’s Rights.

In 1879, she married Richard Pankhurst who was also a keen supporter of the Women’s Suffrage Movement and was even the author of the Married Women’s Property Acts of 1870 and 1882 which were designed to allow women to keep money and property acquired before and after marriage- a pretty forward thinking task for the time.

Emmeline and Richard were a force to be reckoned with, but after his sudden death in 1898, Emmeline did not lie down and prepare to play the role of the poor, helpless widow. If anything, it spurred her on further. 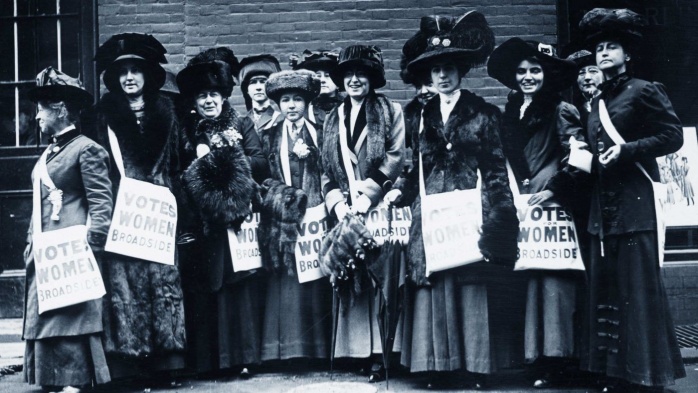 In October 1903, Pankhurst took her radical politics further and developed the Woman’s Social and Political Union (WSPU). By this time, things were serious, and the WSPU became notorious for its activities and militant tactics towards the cause.

The WSPU, lead by Emmeline were known for their dramatic and extreme demonstrations which eventually led to them gaining their nickname of the ‘Suffragettes’ in the press.

Drastic action was what was needed to make a point and draw attention to what they were trying to say. Emmeline and the other women fighting for the cause were arrested on numerous occasions and all this activity started right here on the streets of Manchester. 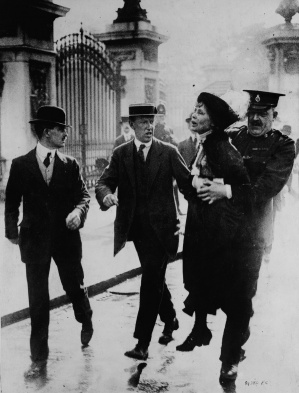 This passionate group of women were famous for their marches, smashing windows, tying themselves to railings and hunger strikes. No one protested quite like the Suffragettes and were unafraid to break the law to make their long-subordinated voices heard. Emmeline on the subject once said:

‘The condition of our sex is so deplorable that it is our duty to break the law in order to call attention to the reasons why we do.’

Their efforts were not in vain. In 1928, women above the age of 21 were granted equal voting rights to men – something that perhaps today we take for granted, but it is poignant to suggest that Emmeline Pankhurst was solely responsible for finally giving women a voice – something we should be thankful for every day.

Designed by Heather Reeves, this statue depicts Emmeline, standing on a chair, arms outstretched as if to address us. This is a scene which would not be unlike gathering to listen to her speak about the Suffrage movement at the time. 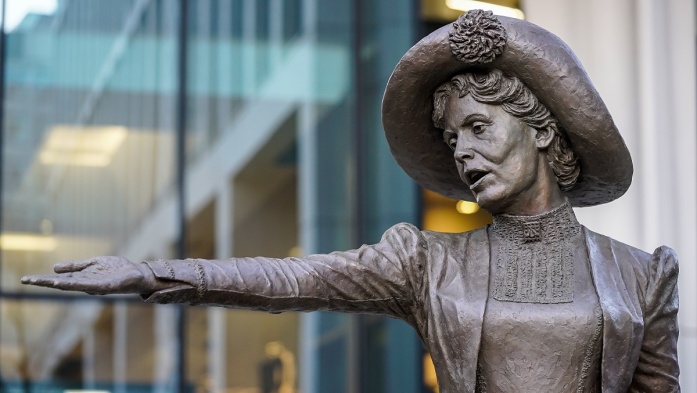 Reeve’s Pankhurst is so lifelike and is almost as if viewers are waiting to hear the words that look as if they are going to utter from her lips at any moment. It is safe to say it is quite moving.

Emmeline Pankhurst was one of the greatest leaders of a political movement this world has ever seen. Yes, her tactics were drastic, but they were charged with a rational passion to change the way women have been treated in the millennia before her and a need to make sure it did not continue in to the lives women who would follow her.

This statue is a stark reminder of everything we should be thankful for, and I don’t know about you, but I am honoured to finally have her effigy here in Manchester.