The Comedy Night that Discovered Mo Gilligan Returns to Manchester this Saturday!

The Lounge Entertainment is Manchester’s infamous urban entertainment event platform, most known for bringing Channel 4's Mo Gilligan to the stage many years ago. 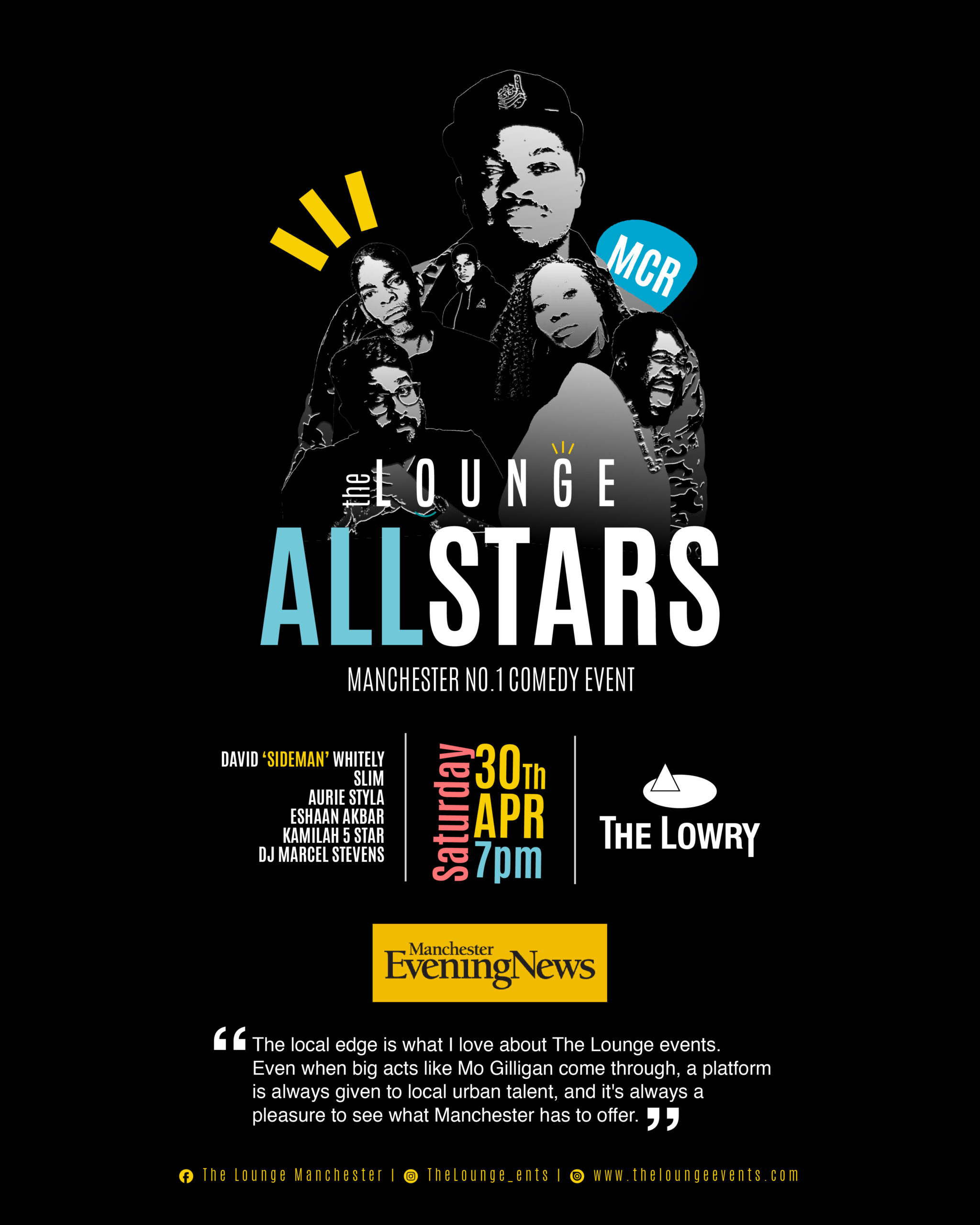 This Saturday will finally see The Lounge Allstar comedy event return to Manchester, making its debut at The Lowry Theatre.

With a line-up of five incredible comedians on the bill, the evening is set to be a true celebration of urban comedy, brought to you by the team that discovered social media superstar and Channel 4 Celebrity Comedian, Mo Gilligan. 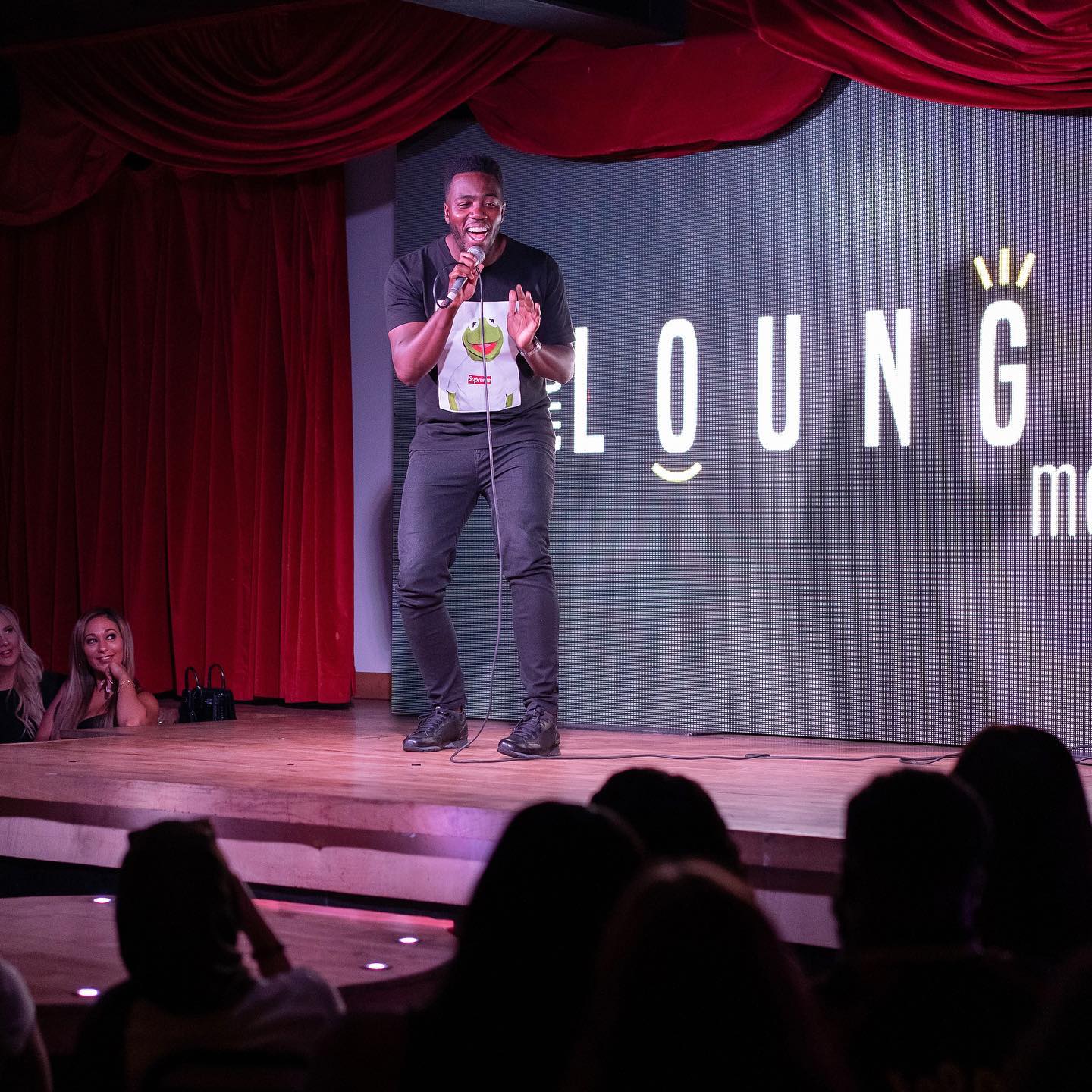 The Lounge Allstar comedy night has also given a platform to the likes of Richard Blackwood and BGT’s Axel Blake, and the event on Saturday will be headlined by critically acclaimed comedian, Slim.

Slim is currently one the UK’s biggest stand up stars and the undisputed king of the Black British comedy circuit. Physical, ebullient and unashamedly for the people, his multi award winning 20-year career has seen him perform to thousands all over the world including supporting Kevin Hart. 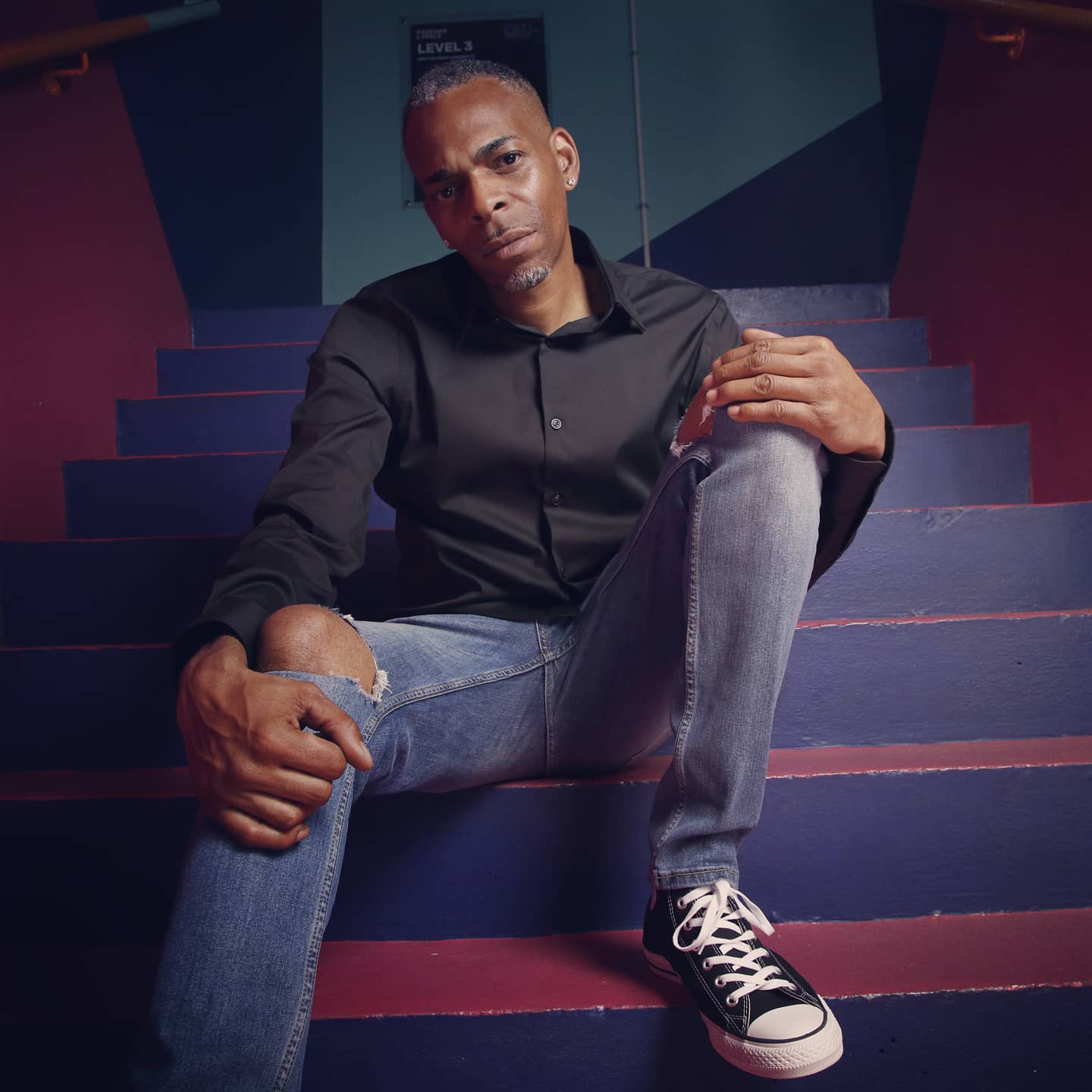 Slim was also one of the stars of Black, British and Funny (Channel 4), a ground-breaking documentary showcasing legends of the Black British comedy circuit.

The event will be hosted by Kamilah5star, a young woman who enters the stage with energy and charisma, charm and confidence with humour to convince even the toughest audience. 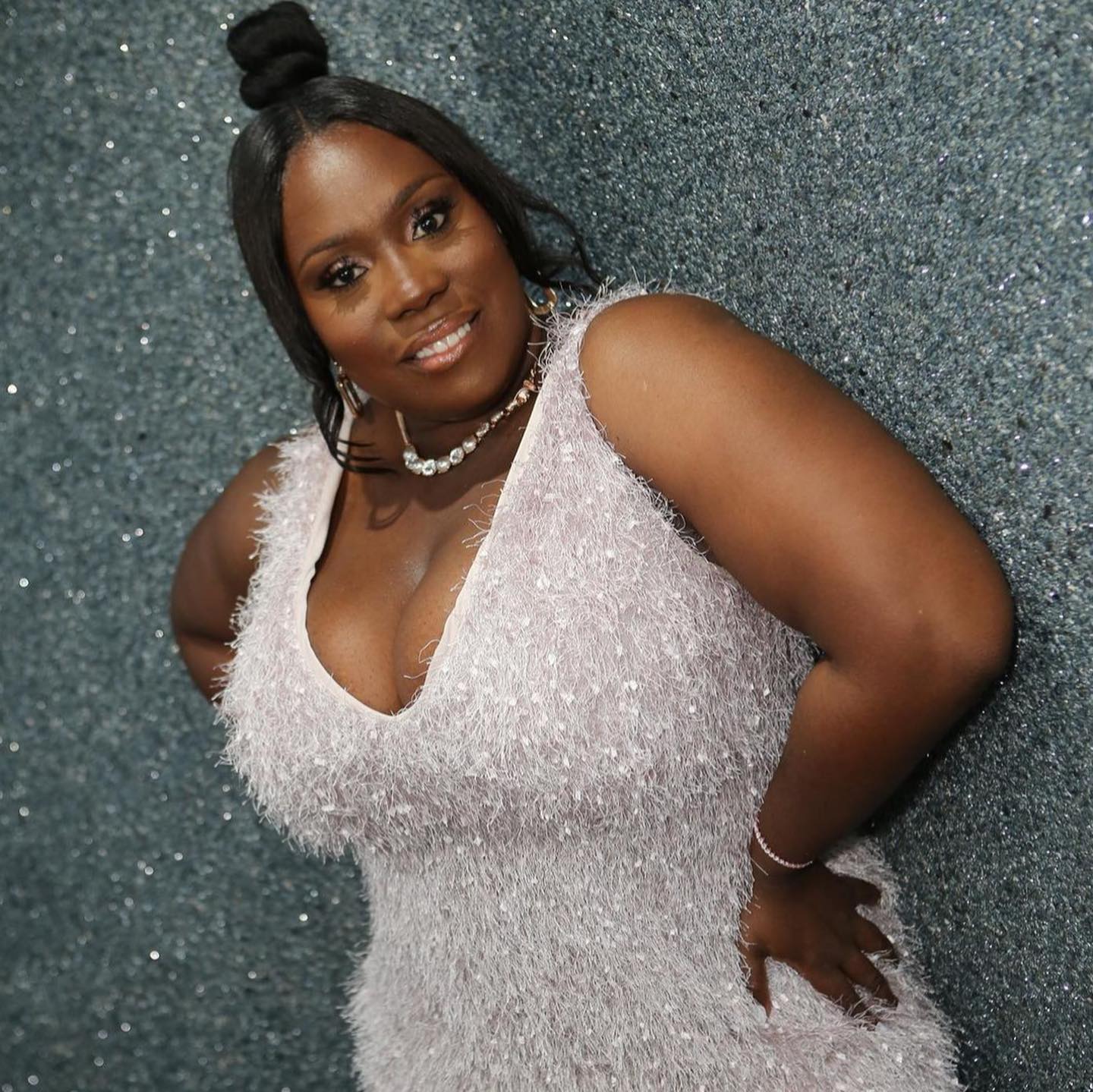 She has over ten years experience in the urban circuit, hosting live music events, comedy shows, talent nights and even international holidays. Presented alongside the major names in the industry including Eddie Kadi, Kojo, Kane Brown and more along with Red Carpet sessions at the UK, MOBO Awards where she has interviewed artists including Wiley, Bashy, Chipmunk, Florida and Kano.

Kamilah5star hails proudly from South London but calls home wherever a good crowd is!

Joining Kamilah5star is special co-host, Sideman who now goes by the name David Whitley. First renowned from building his Instagram following of more than 130,000 and millions of views thanks to his stand up comedy and regular slot on the Charlie Sloth radio show on BBC Radio One and 1Xtra, Sideman has gone from strength to strength. 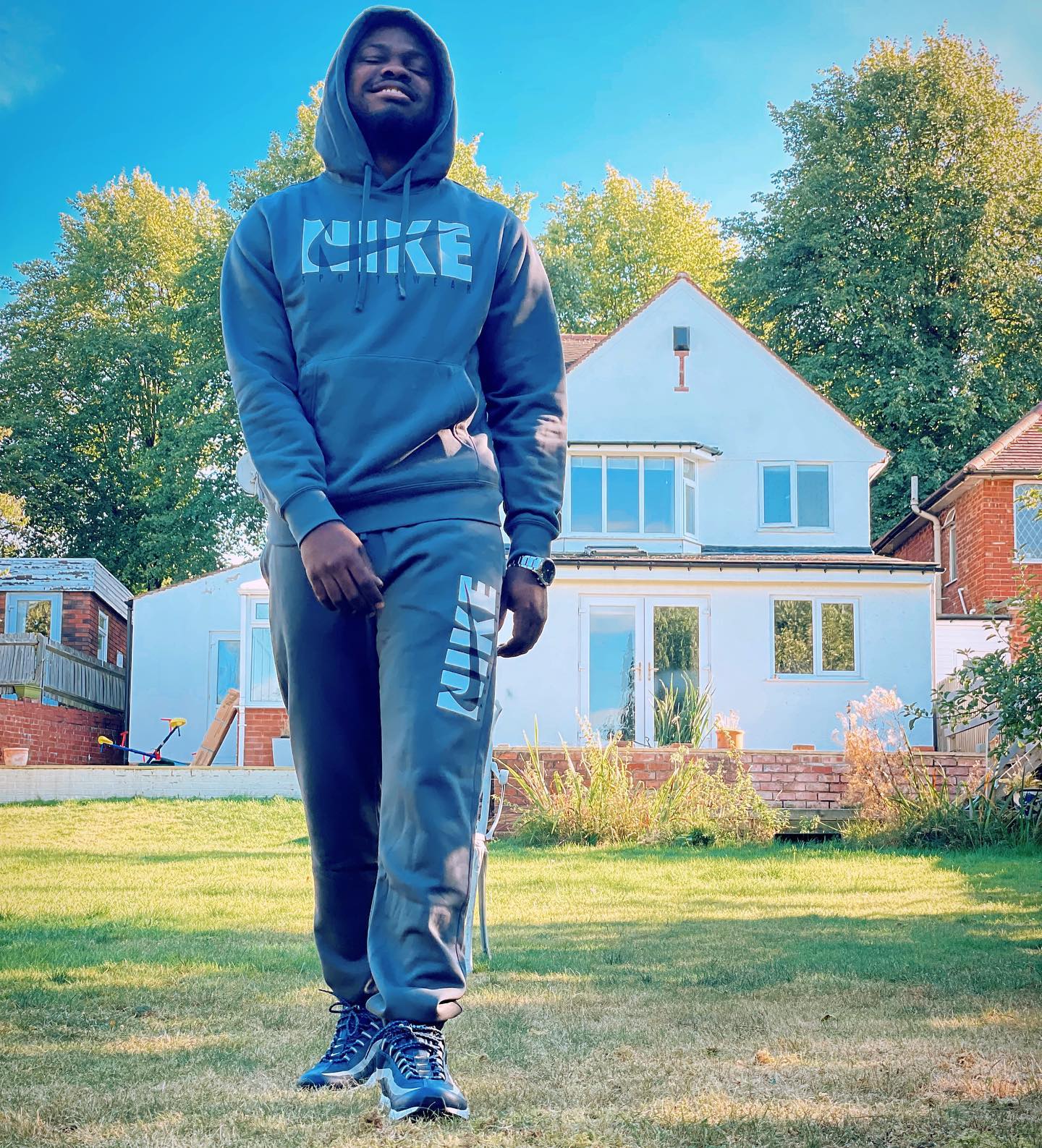 He’s been involved with the +44 podcast with Zeze Millz and been at the forefront of anti-racism activism in the UK after the death of George Floyd. Since leaving the BBC, David has been at the centre of many major topics within the culture, and isn’t shy to put his opinions out there.

London-based comedian, Aurie Styla is also on the bill, alongside Eshaan Akbar, an English comedian, actor and writer who’s often referred to as the ‘Bangladeshi Michael McIntyre’. 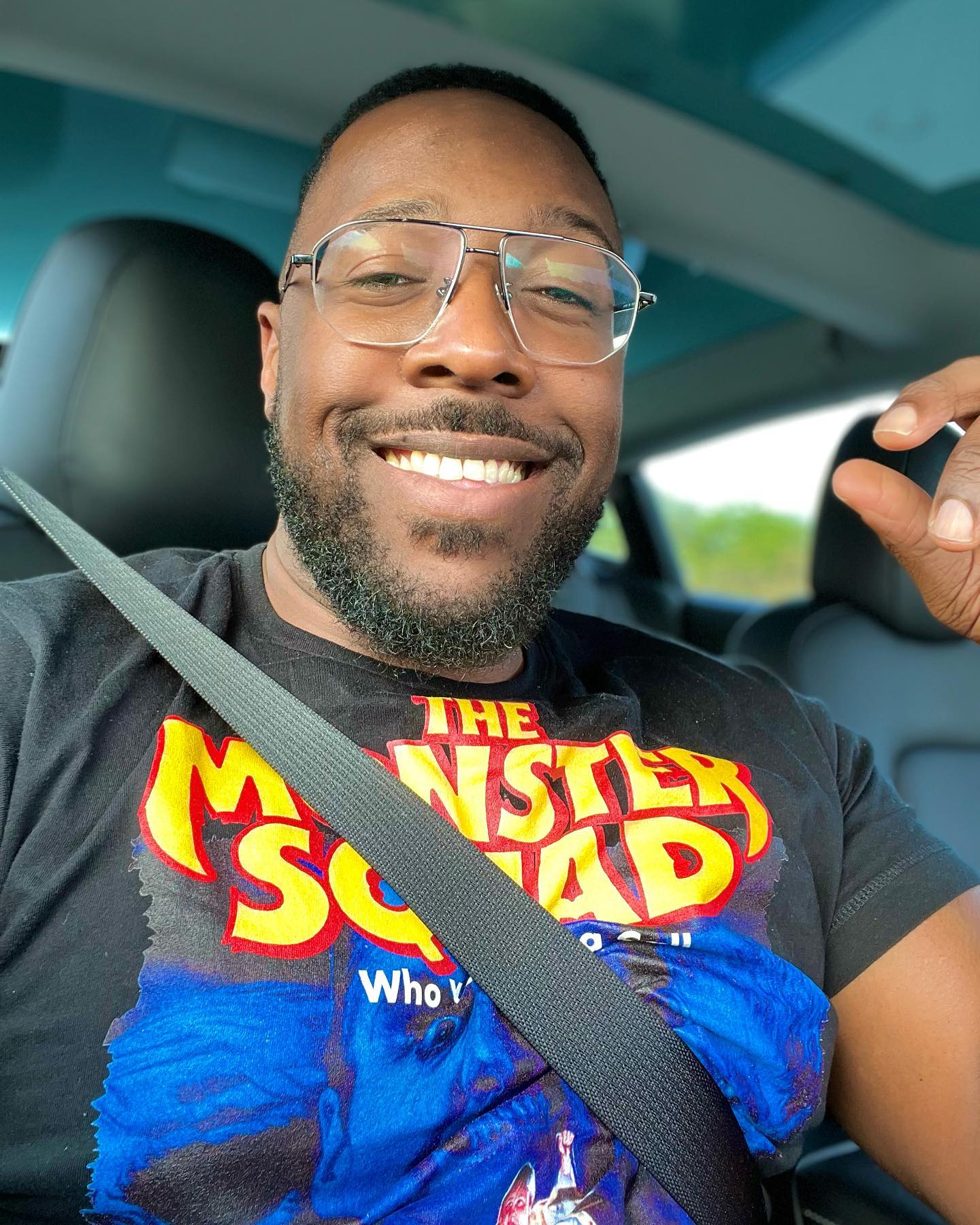 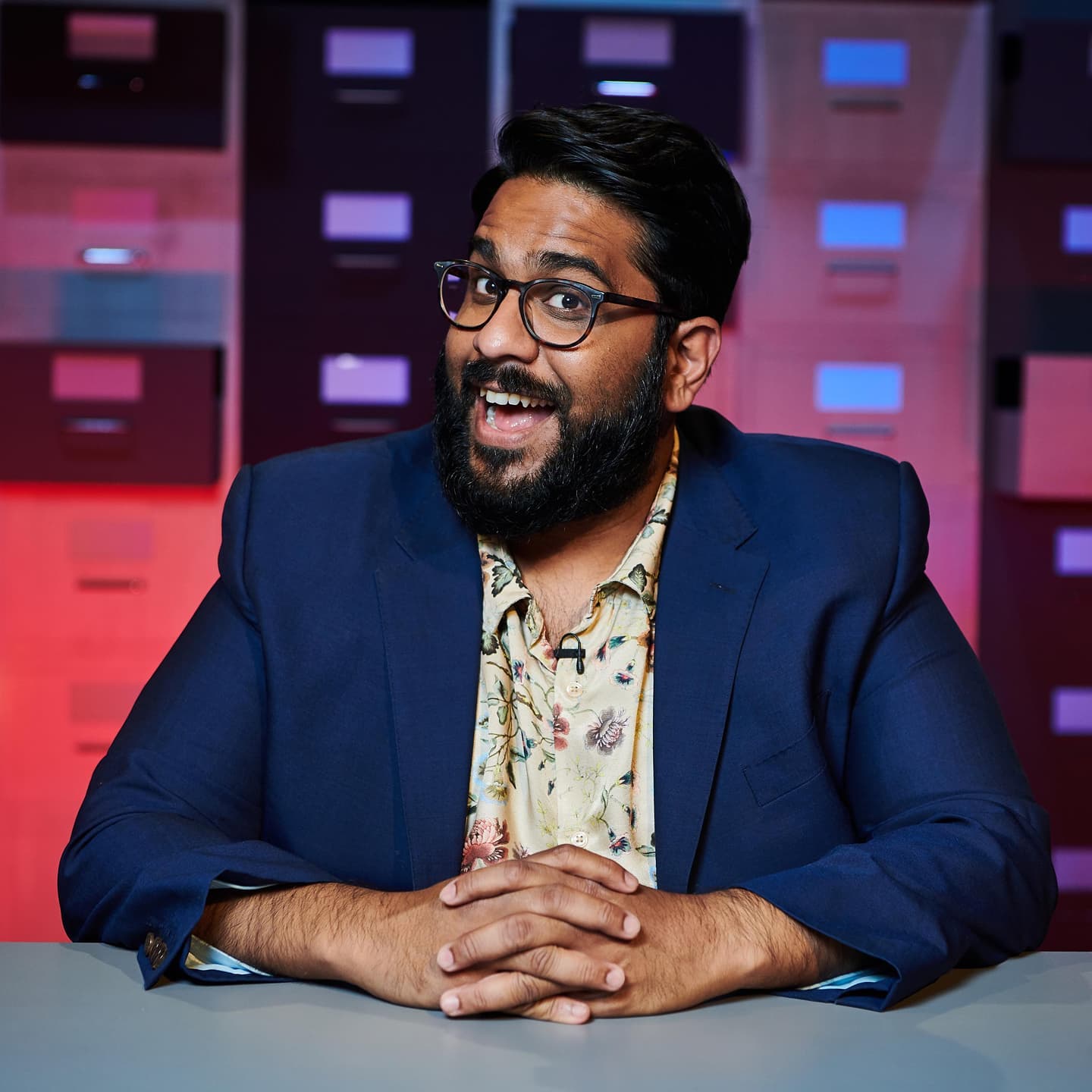 With a variety of events under their belt, The Lounge Entertainment have successfully created a brand known to bring good vibes and fun times to guests. The Lounge has now evolved into more than just a comedy show – with pop ups, barbecues, and live lounge events all taking place over the past few years, too.

Tickets for Saturday’s show are £29.50 and are selling fast! You can grab one now via the link below.