Tim Foley's religiously futuristic play will be on at the Royal Exchange until 14th May... 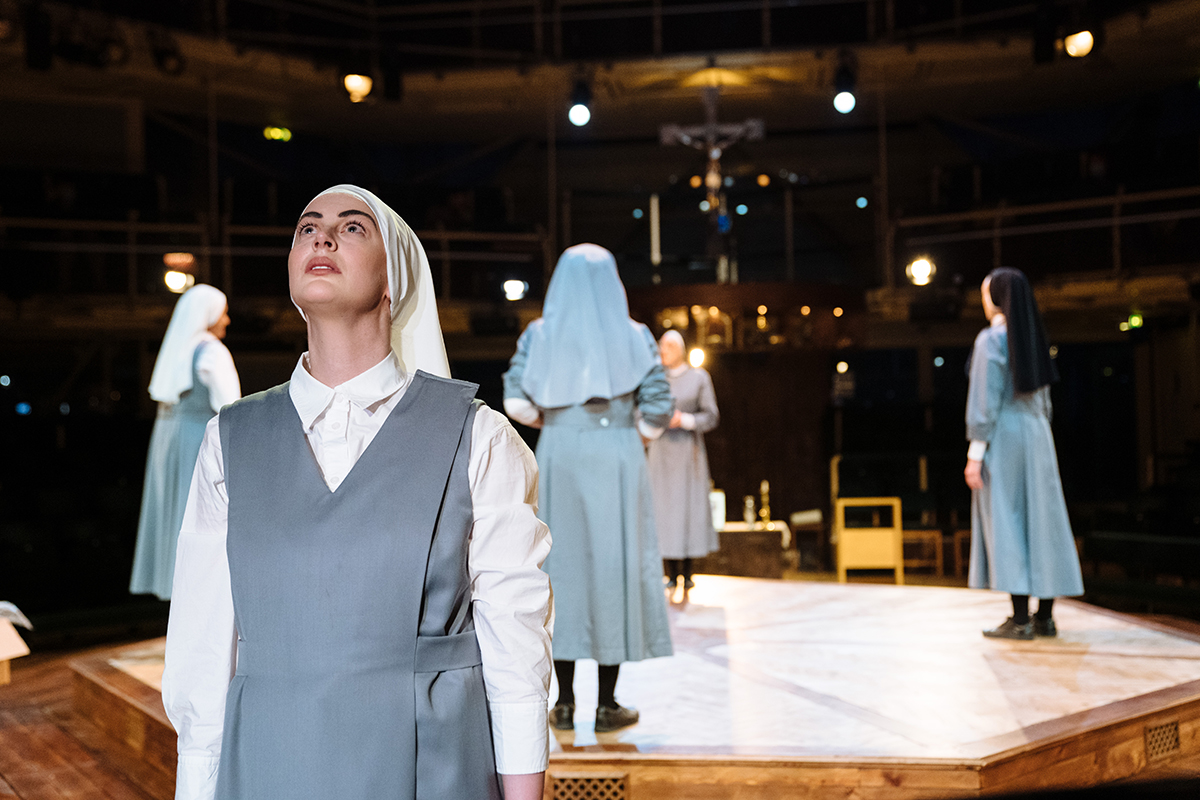 When it comes to most things I watch at the theatre, I invariably always find myself comparing it to other things, especially when it’s wholly unique. It may be my attempt to bring order to a certain level of chaos, whittling something new into a combination of things that I’m more comfortable with. Usually films.

So last night I was left with my attempt to categorise Electric Rosary, a new award-winning production at the Royal Exchange Theatre. The best I could come up with was ‘Black Mirror meets Sister Act’. 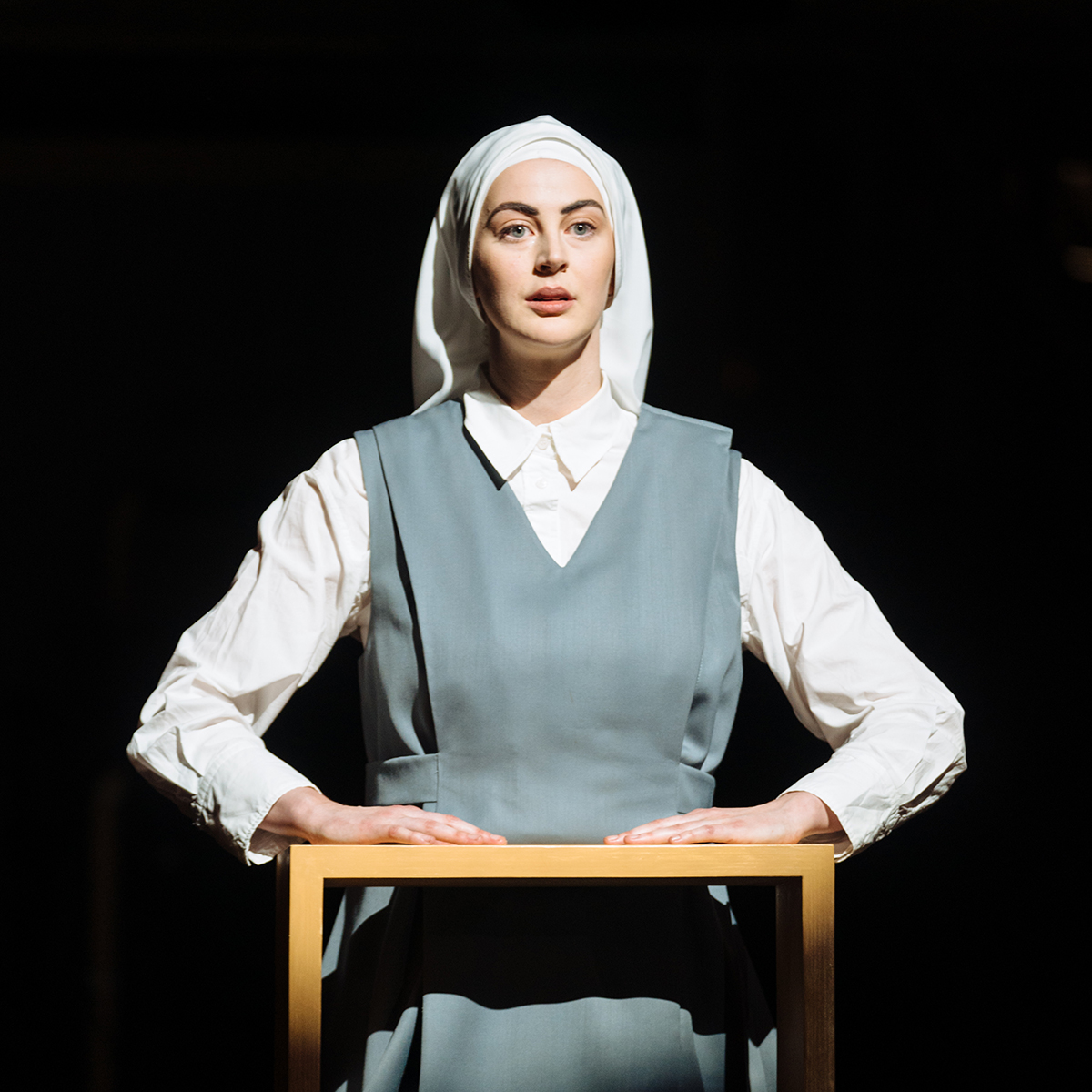 Whilst watching it though there were flashes of The Terminator, Powell & Pressburger’s Black Narcissus and strangely a bit of Wall-E in there for good measure. This totally unique play is none of these though – except in the way that, like each of them (except maybe Sister Act) it flirts with many of life’s biggest existential and philosophical questions.

In it you’re confronted with concepts such as the development of Artificial Intelligence, organised Catholicism, and technology encroaching into our day-to-day lives. Electric Rosary looks to tackle them all, and in many ways – it succeeds. Other times, not so much.

The play takes place in a non-disclosed future where a crumbling convent, now home to just 5 nuns, welcomes a council-funded robot – Mary. As you’d expect, initially hilarity and high jinx ensue and it’s here where the story really shines, with a wicked humour that’s helped considerably by the immeasurable talents of the cast – most noticeably Breffni Holahan as Mary. 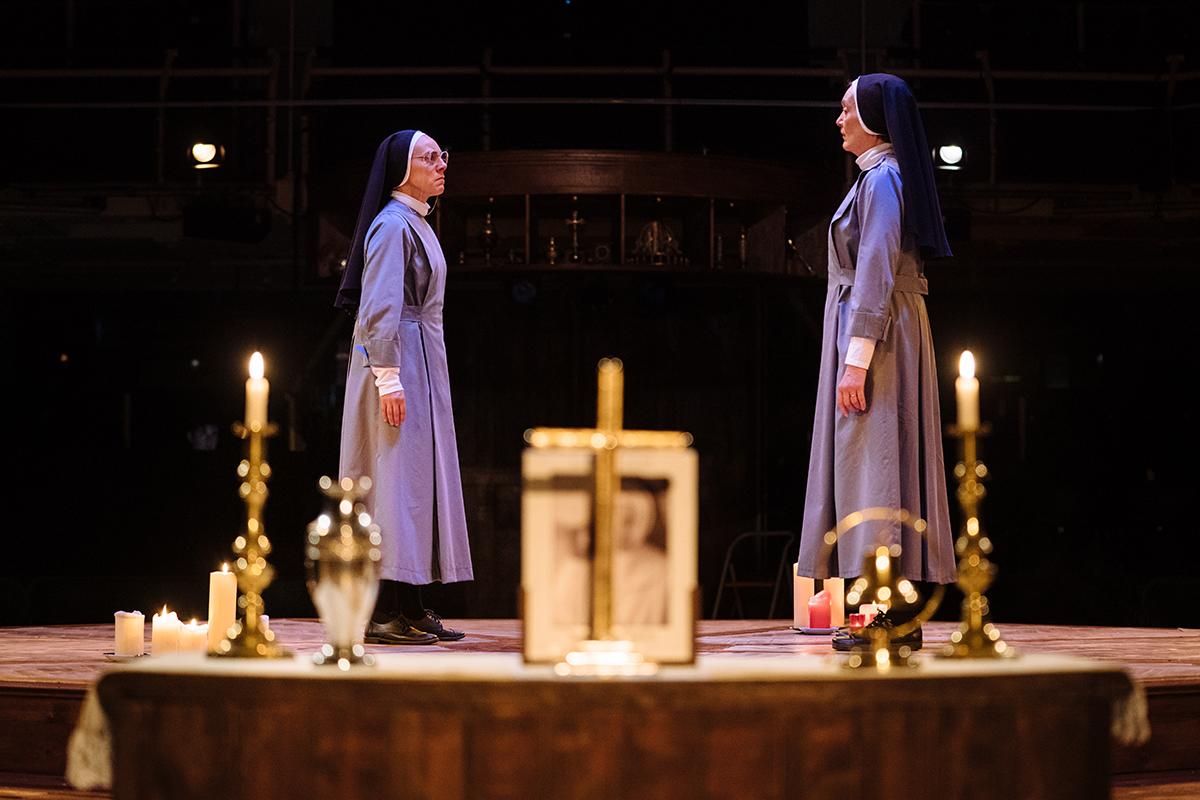 Her robotic interactions, movements and demeanour are almost enough for you to believe that she isn’t really human, with a deadpan delivery and a series of sharp-witted retorts that will keep you giggling in your seat throughout.

Holahan is supported by a talented roster of actors playing the convent’s nuns, each one with their own distinct personality, grievances and, as we find out later – demons.

Of particular note is Saroja-Lily Ratnavel’s young Thereasa who is imbued with an infectious optimism and energy, in perfect contrast with Constance, Olwen May’s staunch older disciplinarian. 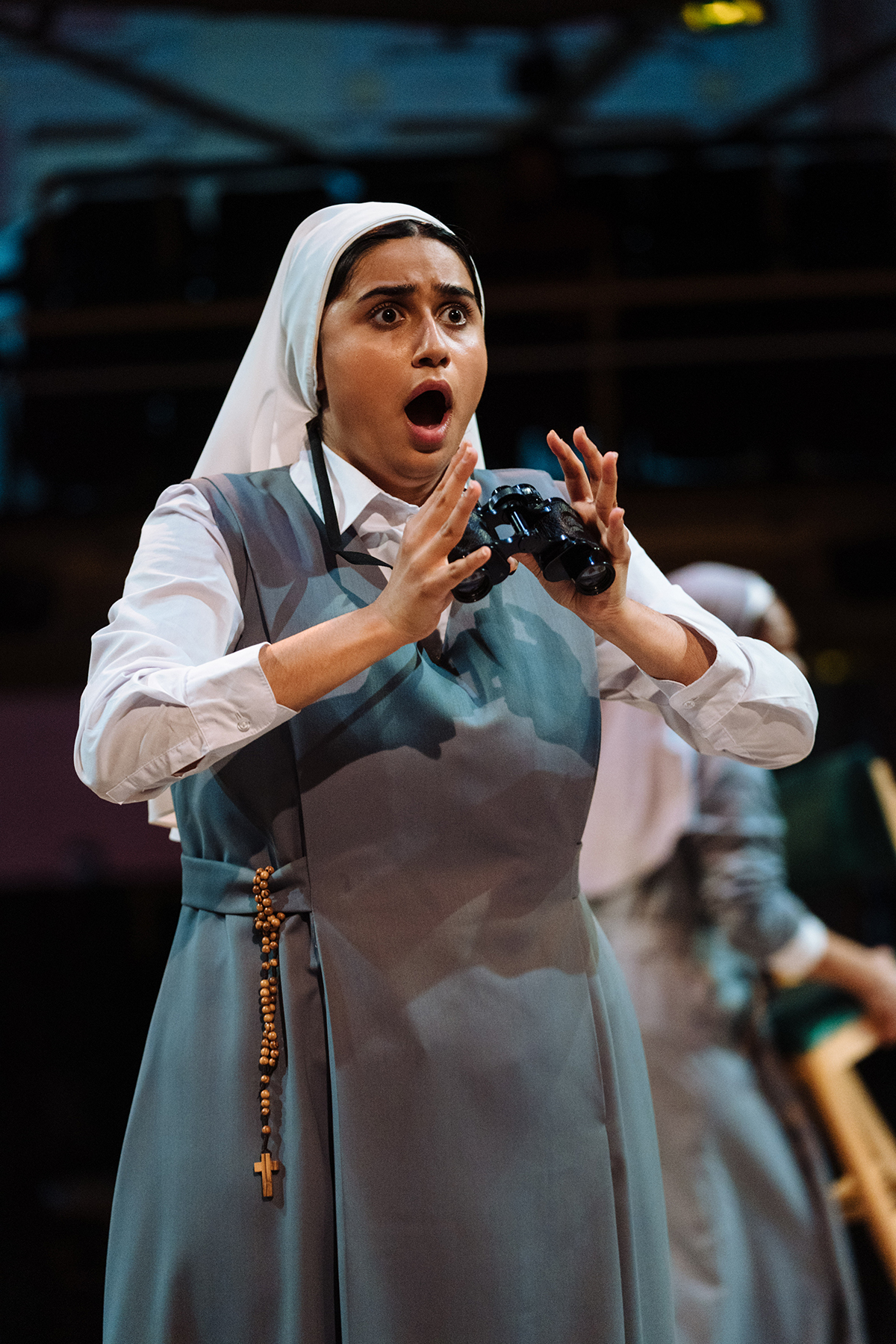 The second half attempts to address some of life’s bigger questions, and even features a full-on civil uprising by violent Luddites who are looking to take the world back to a pre-technological dark age. They, rather naturally don’t look too favourably on Mary and her fellow robotic creations.

This is where things get all a bit much for not just the nuns but also the story, as it begins to unravel and struggle to address these massive themes – of which each one could be a piece entirely on its own. 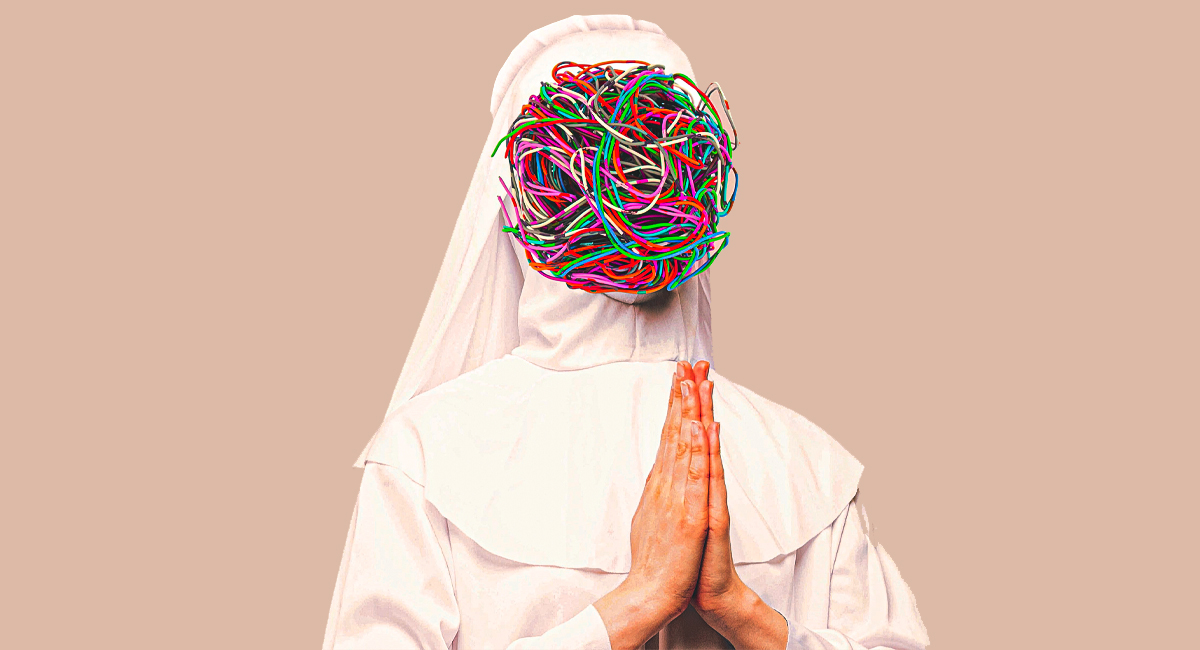 It gets a bit chaotic but due to the time we’ve spend with the characters in the first half, you can’t help but still be enthralled as we glimpse visions of the afterlife and ponder the greater questions in life.

Overall, Electric Rosary is wholly unique, bold and extremely entertaining. A funny, often poignant and meticulously put together production – one which you should try to watch as soon as you can.

Electric Rosary is on at the Royal Exchange Theatre until Saturday 14th May.