The Ru Paul’s Drag Race legend cements themself as a rising theatre star in the darkly humorous stage show that’s a reflection of intimate love and self acceptance. 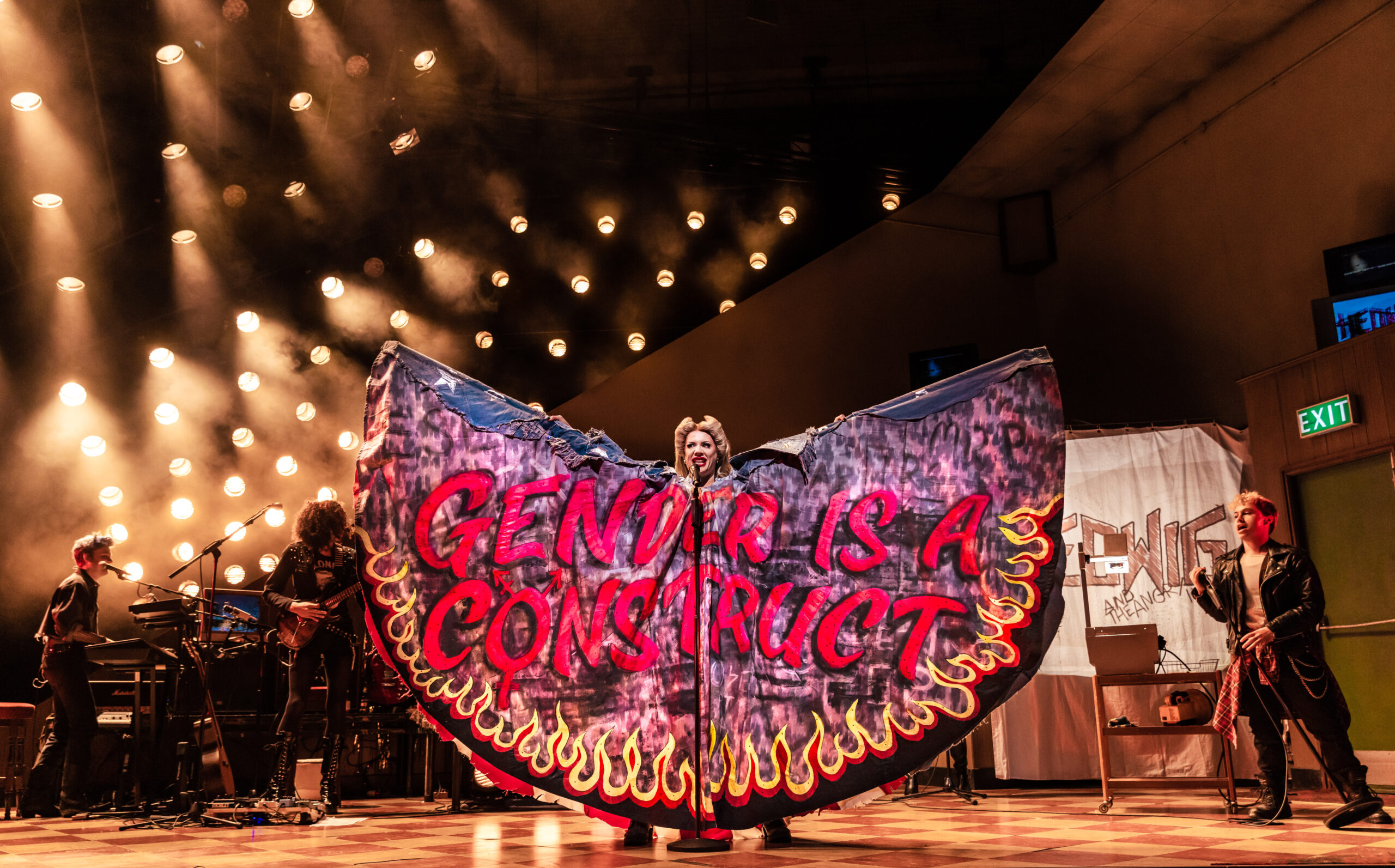 HOME is, in no doubt, the perfect setting for Jamie Fletcher’s adaptation of the original 1998 screenplay, Hedwig and the Angry Inch.

With a huge focus on LGBTQ+ culture and inclusive events, the venue was packed out with women, men and ‘those smart enough to be neither’, and, in the words of Hedwig themselves, ‘when it comes to huge openings, a lot of people think of me’ – so who better to headline HOME?

The production follows suit of the original stage show by John Cameron Mitchell and Steven Trask, a lengthy but captivating monologue given by Hedwig, soundtracked by their live band of leather clad misfits. 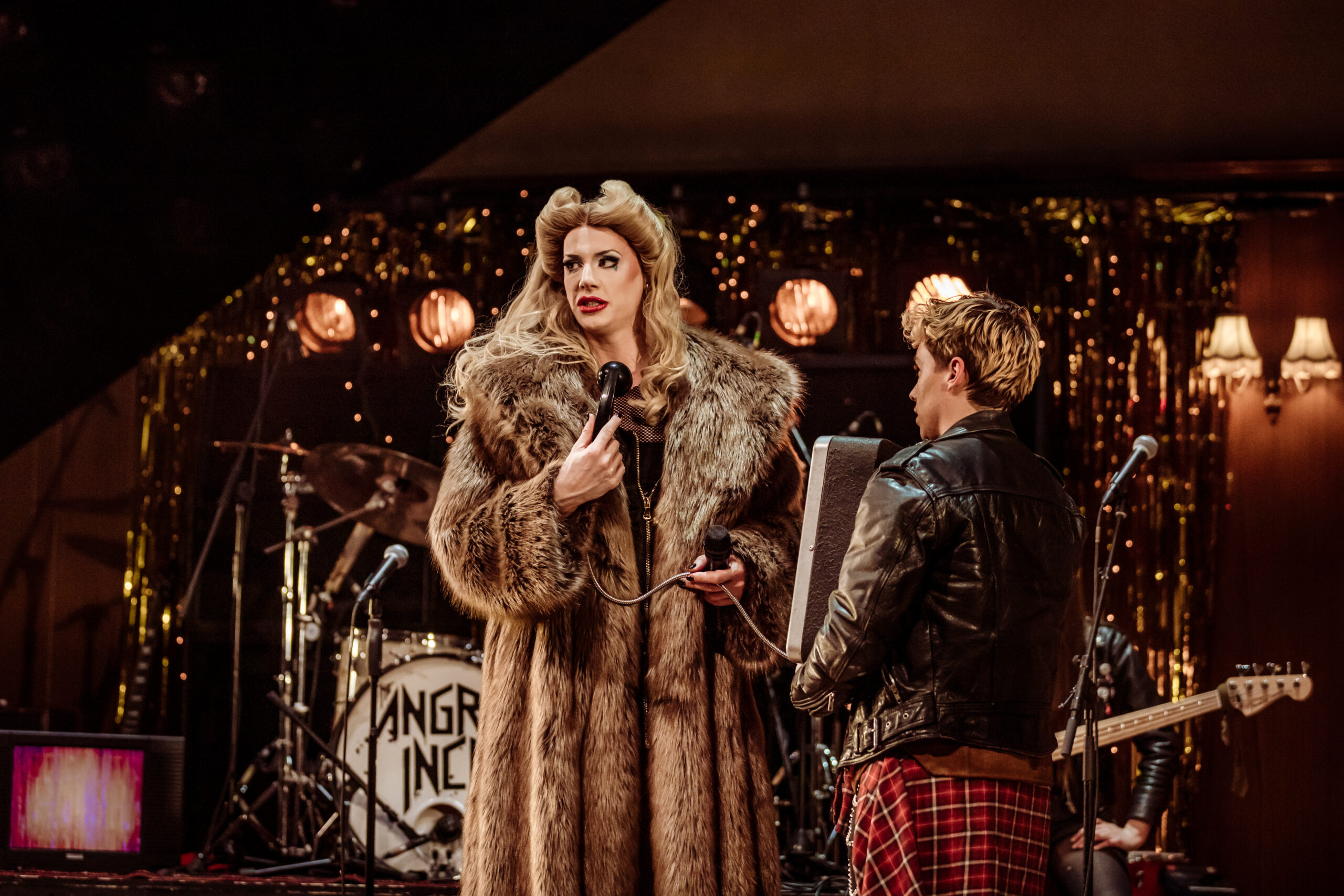 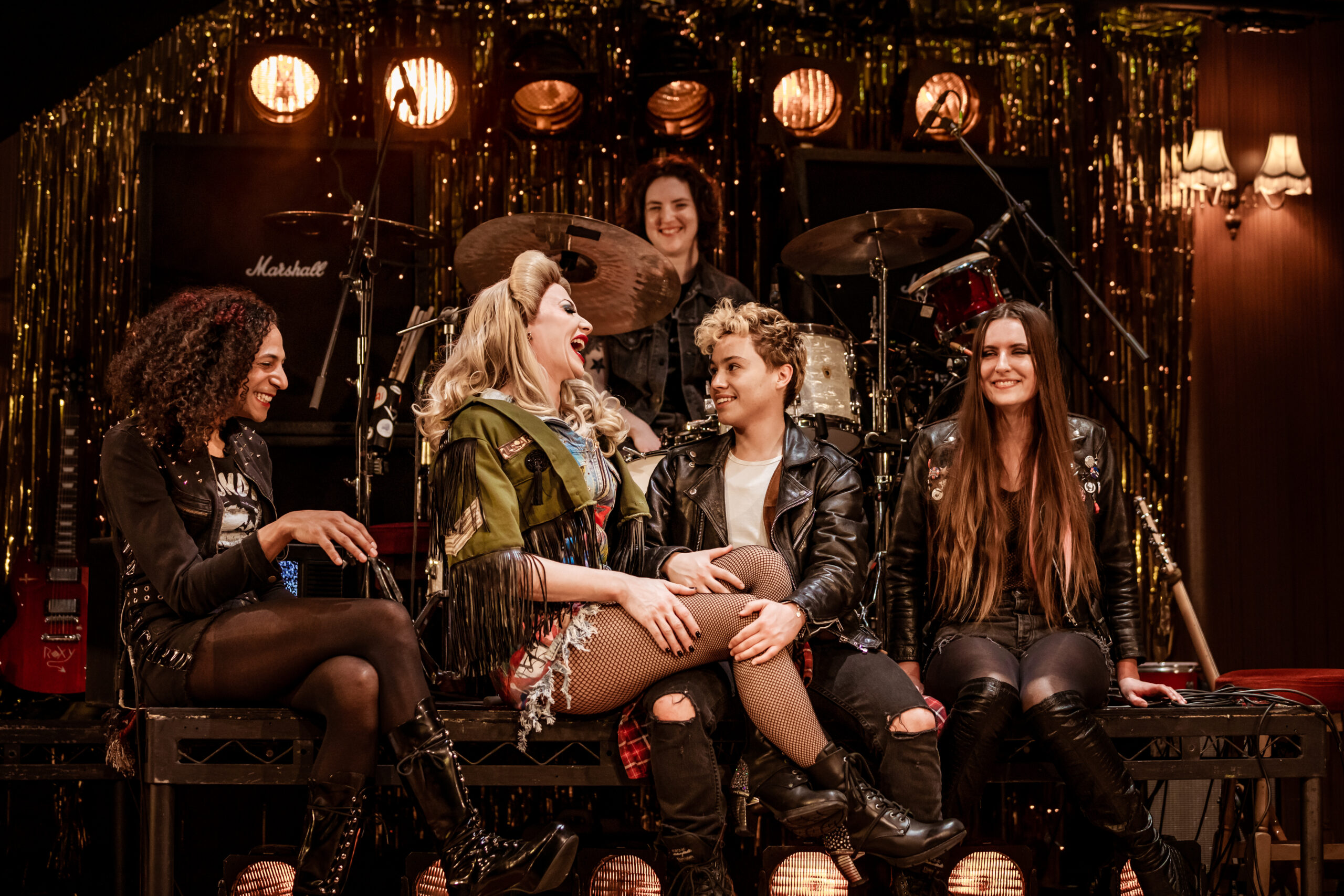 Divina De Campo didn’t hold back on their performance of Hedwig, she was truly dazzling – managing to keep the audience captivated throughout even though she was the only one narrating the story.

Joined by their live band, consisting of Musical Director, Alex Beetschen on keys, Frances Bolley on lead guitar, Isis Dunthorne on drums and Jess Williams on bass guitar – the performance is truly brought to life. You feel like you’re sitting in the band’s rehearsal room, fully immersed and involved in the story of alt-hero Hedwig.

There’s no denying that the music makes the show. The band effortlessly smash their way through cult classic tracks such as ‘Tear Me Down’, ‘Origin of Love’ and ‘Angry Inch’ as Divina De Campo charges around the stage in their truly electrifying performance of a drag queen’s dream. 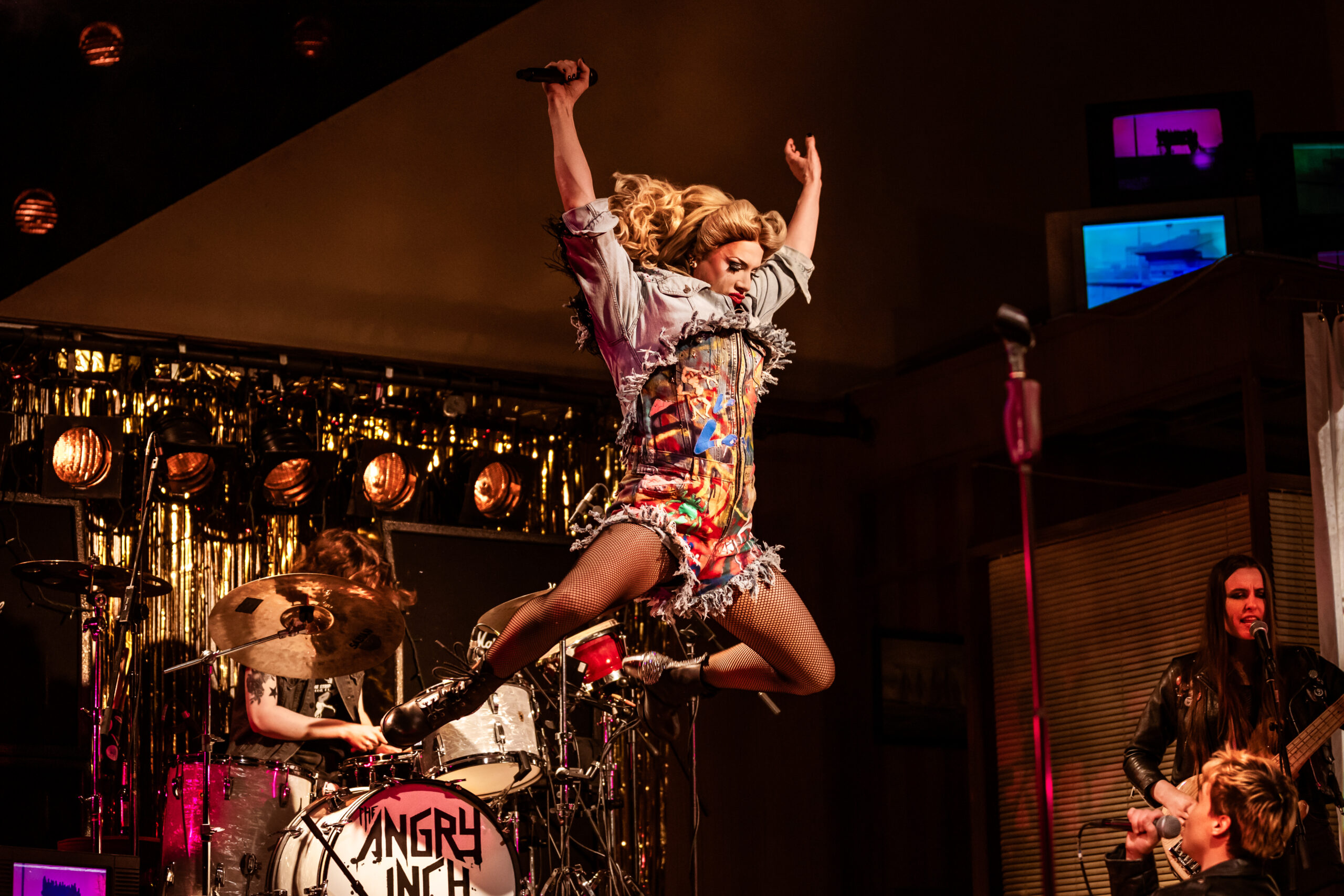 There’s guitar solos, stage dives and a plethora of punk attitude, not just through the songs but also the quintets costumes that channel everything great about the stars of 80s metal, with fishnets, big hair and studded boots celebrated in plain sight.

Ben Stones, the brains behind the brilliant styling, has channelled the angst of queer punk energy throughout. The set design, also by Ben, only encompasses this even more via Judas Priest style jagged lettering and a DIY garage band feel to the whole set.

The show is darkly humorous, not shying away from any of Hedwig’s usual gags and uncomfortable jokes, but its most humbling moments are when Hedwig is joined by husband and roadie, Yitzhak, played by Elijah Ferreira. 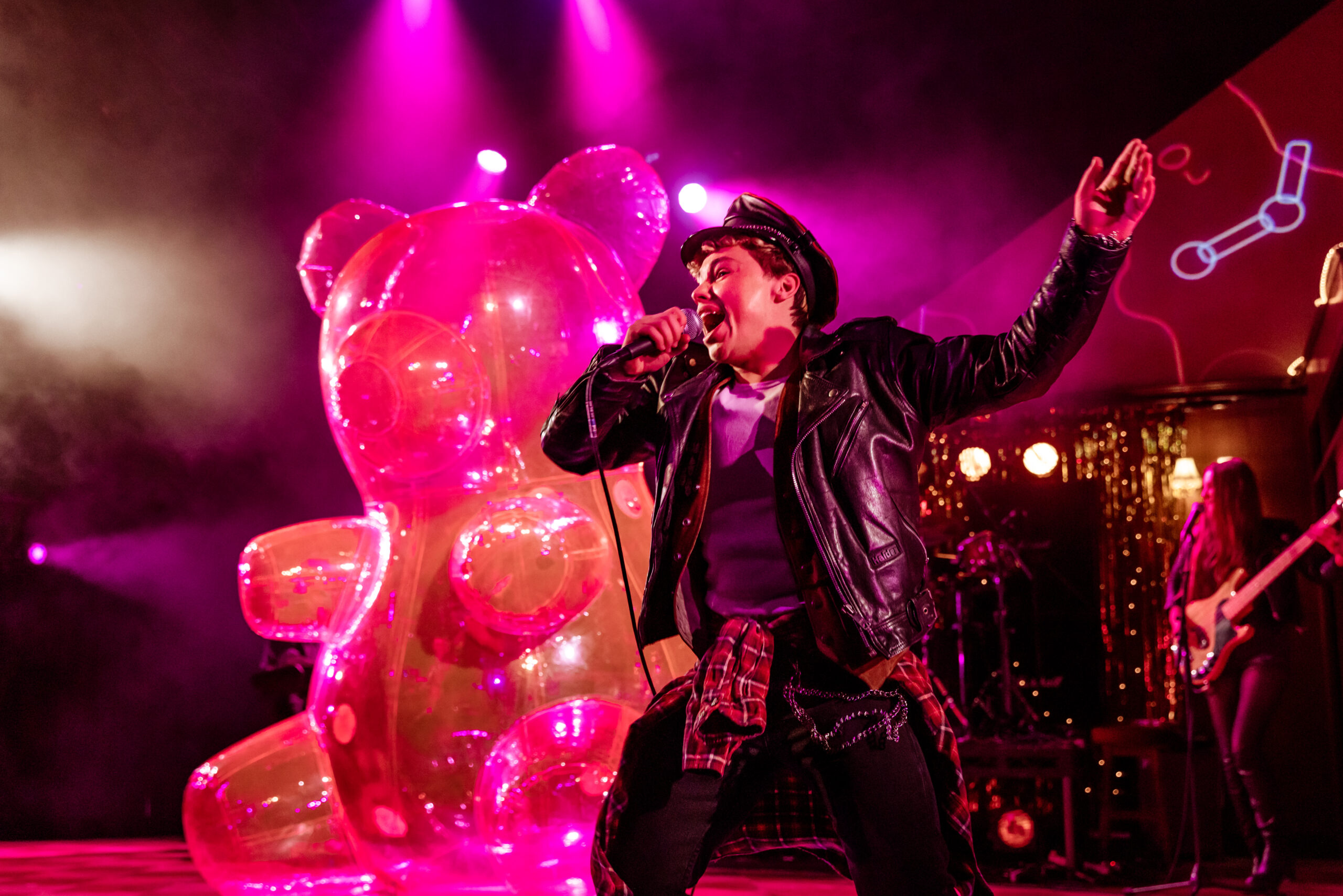 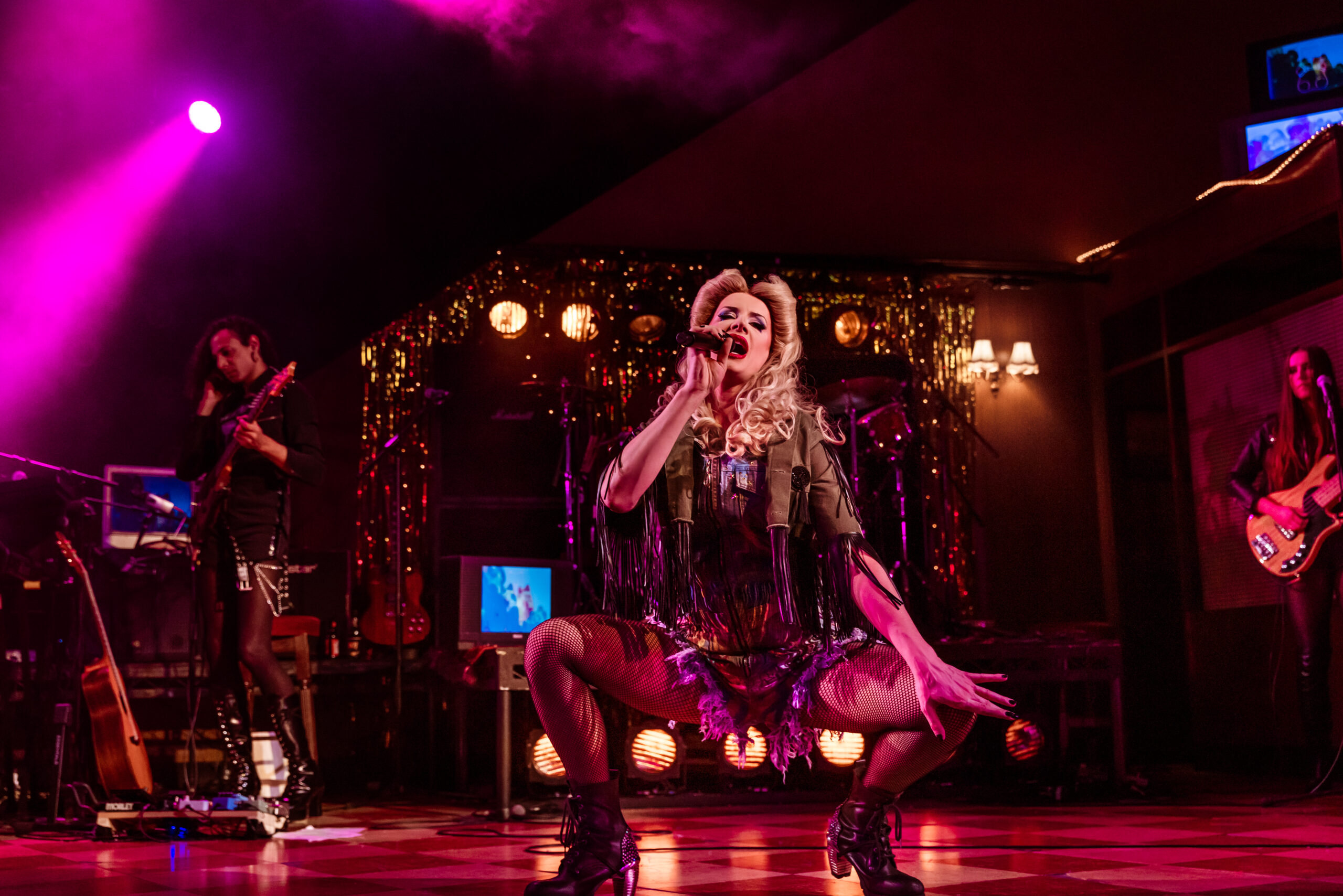 Their dynamic is lustful and honest, you want the best for them but notice the toxicity of their relationship, only prevalent through both actor’s outstanding interpretation of two iconic characters.

Hedwig and the Angry Inch is no stranger to the stage. The character has passed through the hands of theatre and film greats such as Neil Patrick Harris, but it was genuinely made for Divina De Campo.

If you make the trip to HOME to see Hedwig in all their glory, there’s no doubt that you’ll be singing all of the way home and for the weeks following, too. But, you won’t be mad about it – you’ll feel part of the production and part of the extensive and accepting Hedwig family that was made to be celebrated live on stage.