1858 Grade II listed market building, on the edge of Mcr's NQ. Reimagined by all the people involved in Alty Market and Market House. 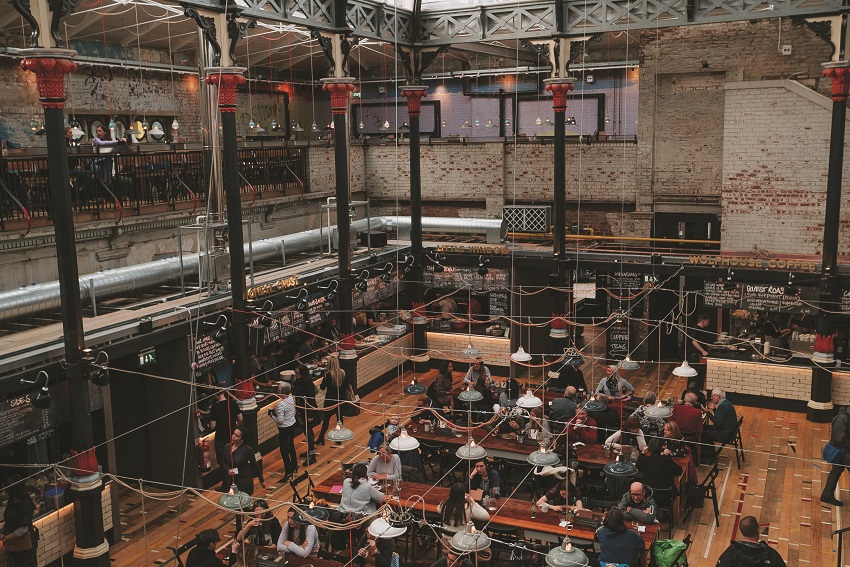 Located in the long-abandoned and sadly neglected Market House over on Swan Street, Mackie Mayor succeeds in frequently feeding and watering 10,000 hungry and thirsty Mancunians with some of the best independent food & drink retailers in the city.

Both the interior and the food is utterly Instagrammable as well as being dog-friendly and quite frankly one of the coolest spots in town.