An Evening of Nordic Cuisine at Harvey Nichols

We were lucky enough to be invited down to Harvey Nichols last week for their kitchen takeover by Norse Restaurant in Harrogate for an evening of the most exquisite Nordic cuisine.

Head Chef at Harvey Nichols, Matthew Horsfield joined forces with Norse Head Chef Simon Jewitt to create a seven-course tasting menu, inspired by traditional Nordic cooking methods for one evening only. We enjoyed seven, yes seven, delicious Scandinavian courses and it is safe to say that we could have eaten seven more if we weren’t quite so full.

Things kicked off with a welcome drink from Hops Grape Spirits before sitting down and discovering the Scandinavian techniques of curing, pickling, fermenting and dehydrating that have been used to create an array of dishes.

Appetisers consisted of a Crispy Jerusalem Artichoke with Pickled Mussel and Burnt Cream and Puffed Pork Skin with Lovage Emulsion. These were the perfect size to really wet the appetite. I’ve got to say, you cannot really go wrong with crispy pork crackling- it is just one of those dishes which spans cultures, and I presume, time because I can’t imagine a single society or civilisation thriving without it.

Moving on, we enjoyed Braised Ox Cheek which was formed into a delicious little crispy bonbon type thing and served with smoked beetroot and woodruff broth – which I have just learnt is a sweet herbaceous plant. Top marks.

Next up, and this was one of the highlights for me, Confit Egg Yolk, Smoked Bacon Jelly, and Grilled Gem Lettuce. We were told that the egg had been cooking for a number of hours, but somehow it remained perfectly runny and combined amazingly with the crisp smokiness of the bacon. My mouth as ablaze with a flavour that was both familiar and more intriguing with each spoonful.

We then enjoyed a couple of dishes, which to me, felt incredibly Nordic.  Norwegian Skrei Cod with Salsify, Lovage and Buttermilk couldn’t be any more Scandi if it tried, which I guess was the point. The fish was expertly cooked and paired with such fresh flavours which did not disrupt the delicate texture of the fish.

The final mains was Venison with Jerusalem Artichoke with Stout, Onion and Kale – which was another stand out for me. Venison is my favourite meat and it isn’t very often you see it on a menu so I was rather excited by this dish and the only thing I could possibly fault it with was the fact that it wasn’t reindeer, which would be perhaps more authentic- but I guess there would be a lot of unhappy children if that was the case.

Pudding was a two-parter- which is always a plus in my books. First up a Puffed-up Rice Cake flavoured with almond and covered in a gorgeous cherry sauce and followed by a more avant-guard choice of Birch Sap, Buckwheat and Cultured Cream. What was it? No idea. But I imagine it is what the realm of the Norse gods tastes like.

All in all, it was a fantastic gastronomic experience without the price tag for a plane ticket, so a big round of applause to both Harvey Nichols and Norse for an incredible evening. Harvey Nichols plans to host a few of these pop-ups, collaborations and take-overs over the next year or so, so please keep an eye out for them. I can’t wait to see what they have in store. 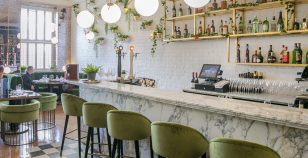 British Dishes with a World Influence at the NEW Masons Restaurant 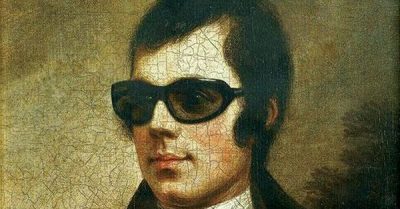