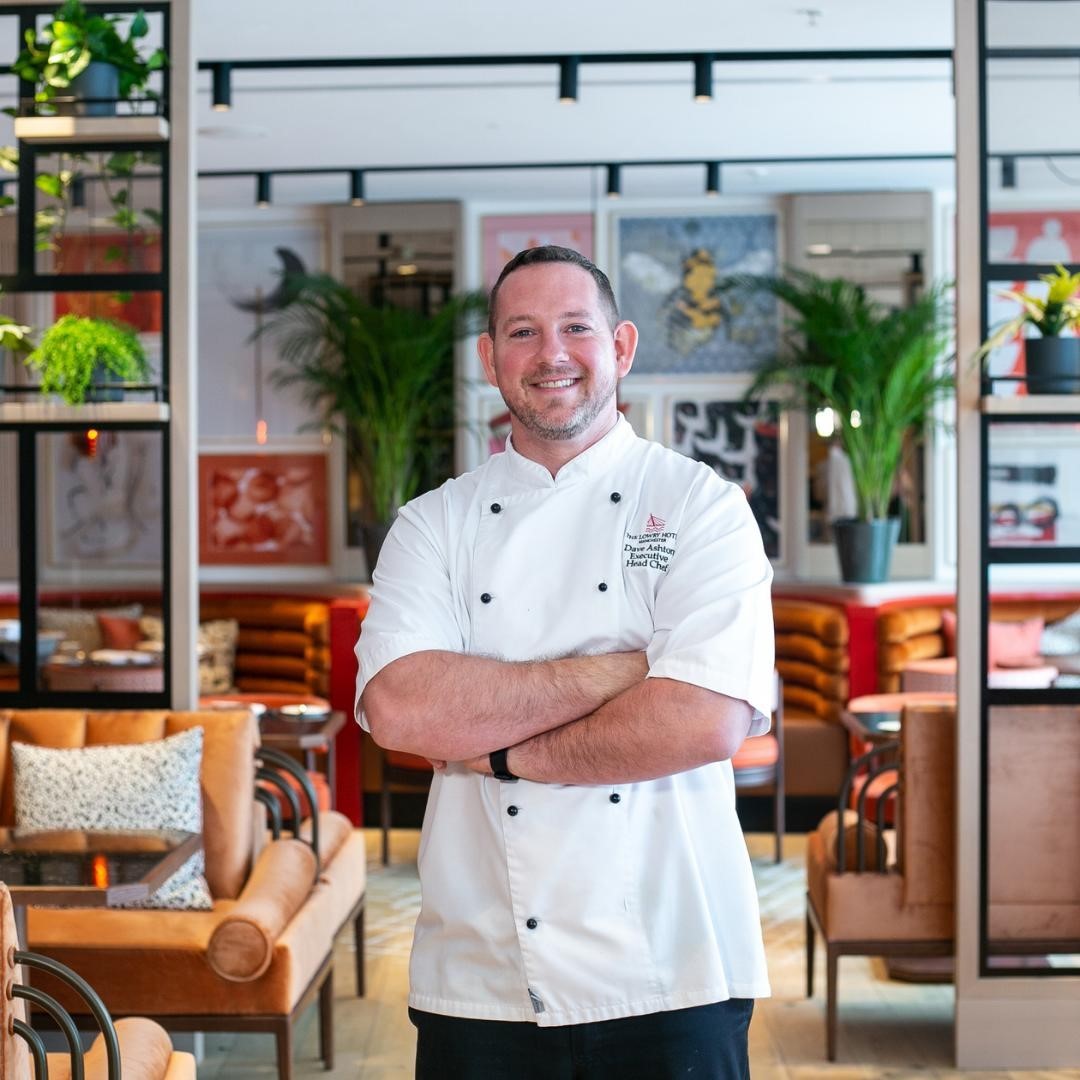 Dave Ashton, Executive Chef at The River Restaurant, has released a new Autumn Menu – and so naturally, all excited, we headed down to the 5* Lowry Hotel to see what he’s come up with.

I’ve never not been thoroughly impressed with the food over at the River Restaurant – it’s exceptional quality, the level of service and the sheer elegance of the place is befitting its location within one of the city’s most premier 5* hotels.

The menu in the restaurant, and indeed any menus to speak of – whether it’s for Bar Snacks or Gin & Tonics – they’re all extensively poured over, refined and polished by the dedicated, experienced team down there – and the results are truly excellent. 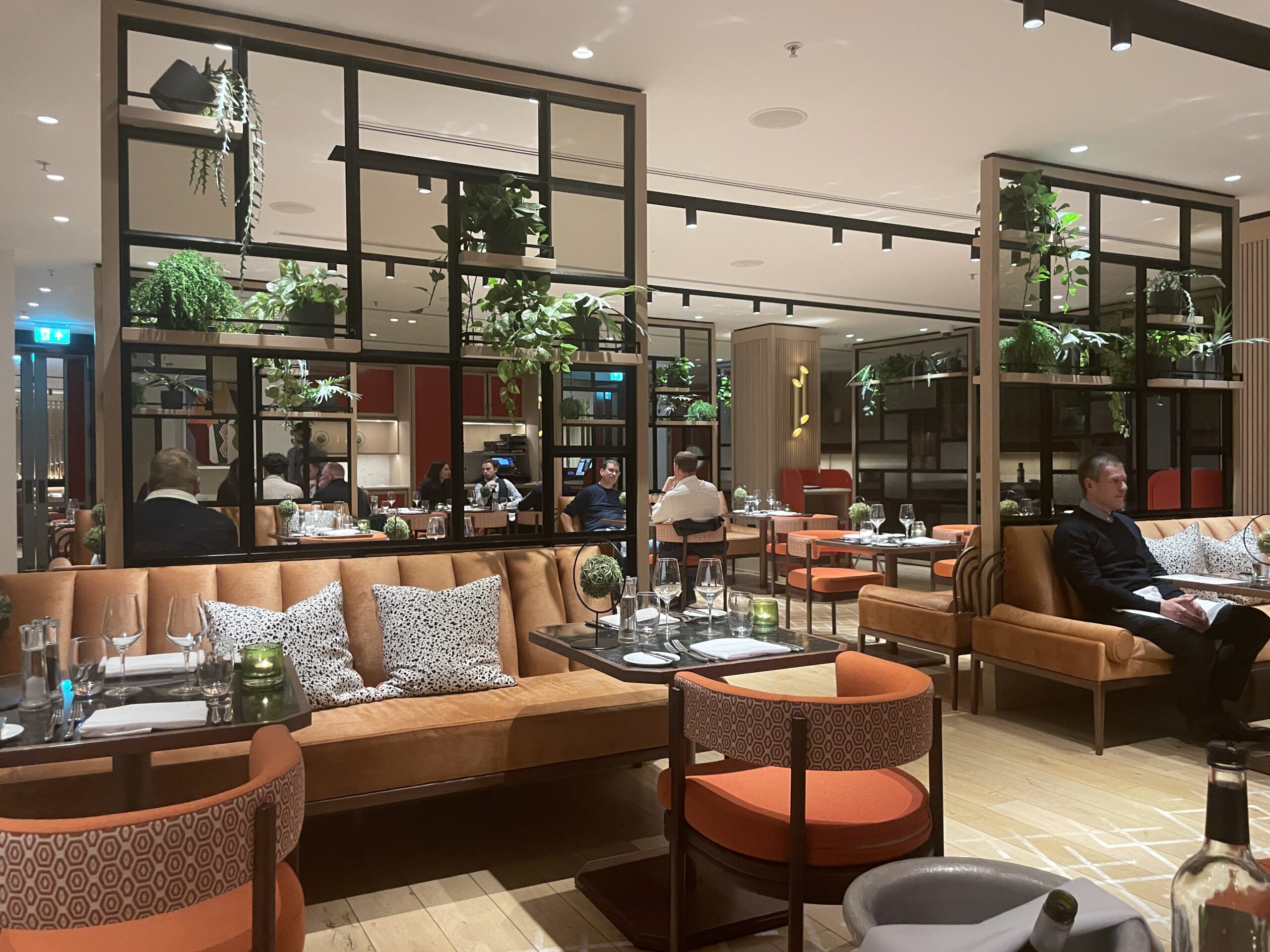 Something as simple as, say Bread & Butter – well, you’re getting into the territory where you can start saying that it’s “the best you’ve ever had” – and it’s all down to the quality of ingredients and a healthy dollop of imagination in there too.

This is perfectly reflected with Ashton’s new Autumn Menu, which, on the surface looks rather simple – but behind this façade is a succession of highly complex, intricate dishes that surprise and delight when they’re expertly placed in front of you at your table.

Dave himself explains that this time of year is his favourite; “cooking hearty dishes that really feed the heart and soul.” 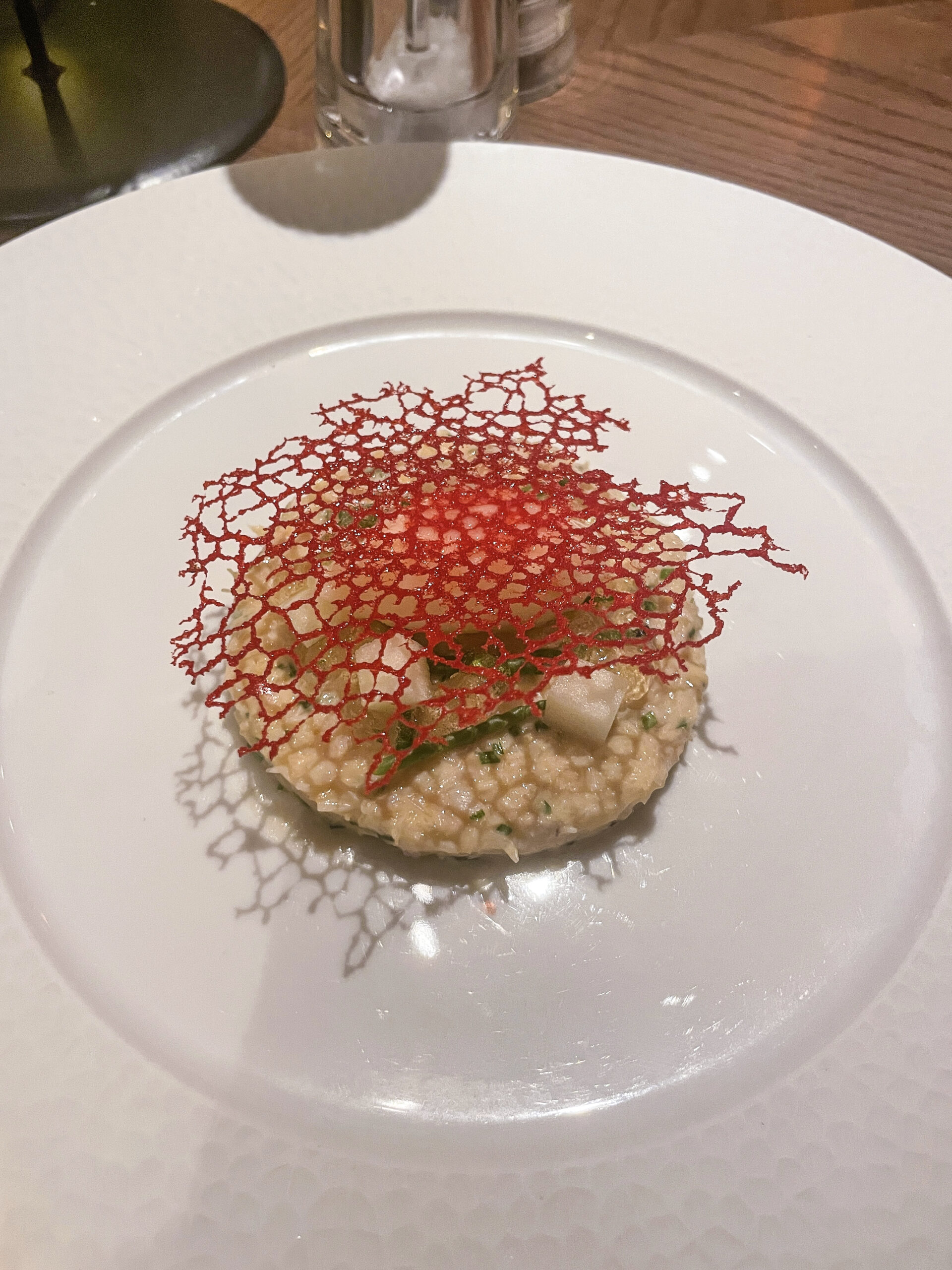 We started things off with the Miso Crab (£10.50), a delicate, chilled starter which was super fresh – not just with the crab, which will have been walking sideways on a beach just a few hours earlier, but with the inspired addition of cubes of frozen pickled lemon sorbet – adding a burst of citrus and a shot of intense cold to the already busy party in your mouth.

The vegan Truffle & Sweetcorn Ravioli (£8) was not what I was expecting at all – which was quickly becoming a running theme for the whole meal. The plate was adorned with a rather large ravioli, surrounded by a homemade cashew cheese sauce and crispy capers. 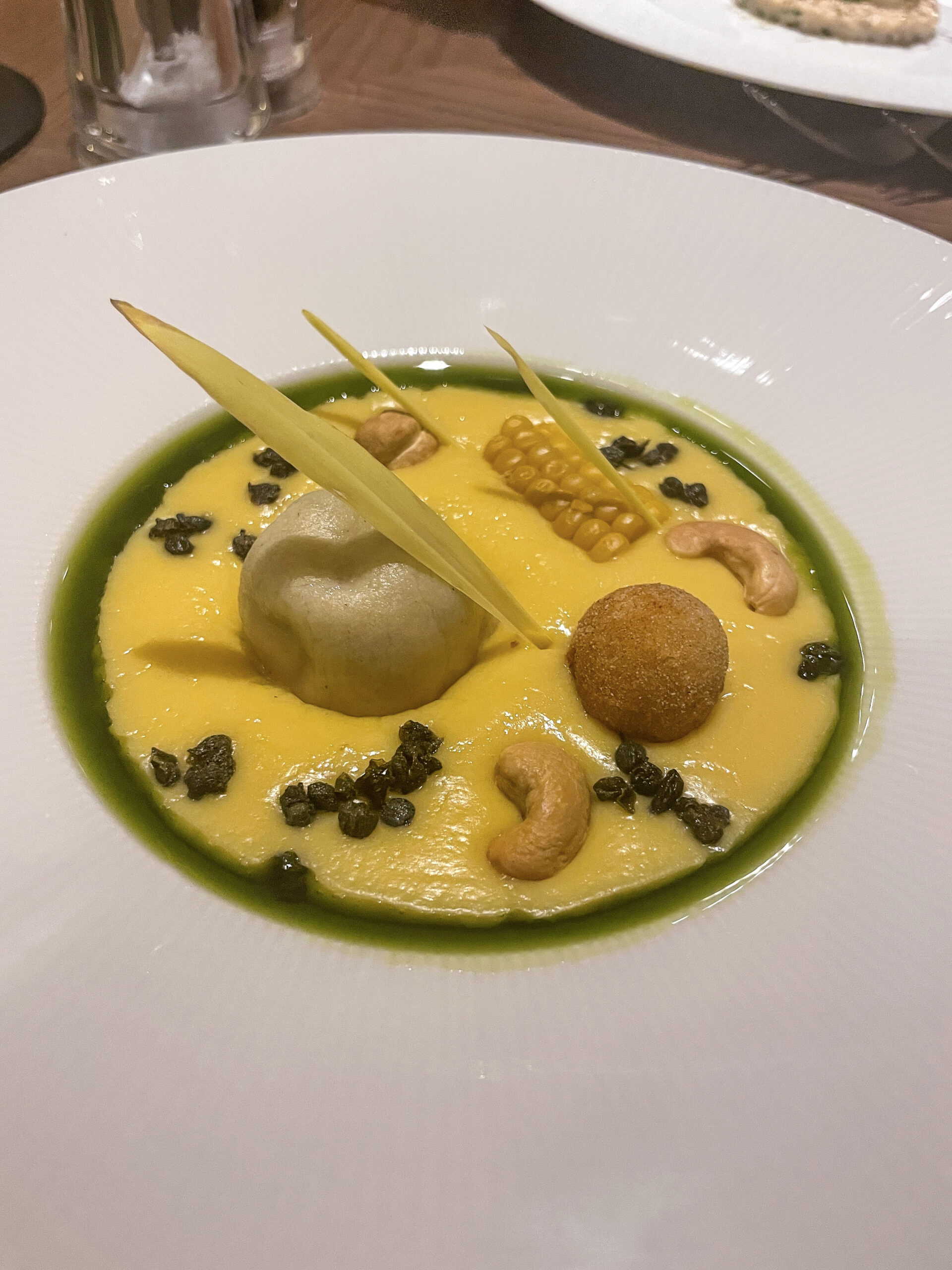 There was a lot going on that plate but it all seemed to work wonderfully well – and the contrast of crunch from the capers, the subtle yet fulfilling truffle flavourings and the outstanding vegan cheese sauce all came together to create a truly excellent dish.

It’s not traditionally a habit of mine to order chicken in a restaurant, however – at the River Restaurant – I’m very glad that I did. 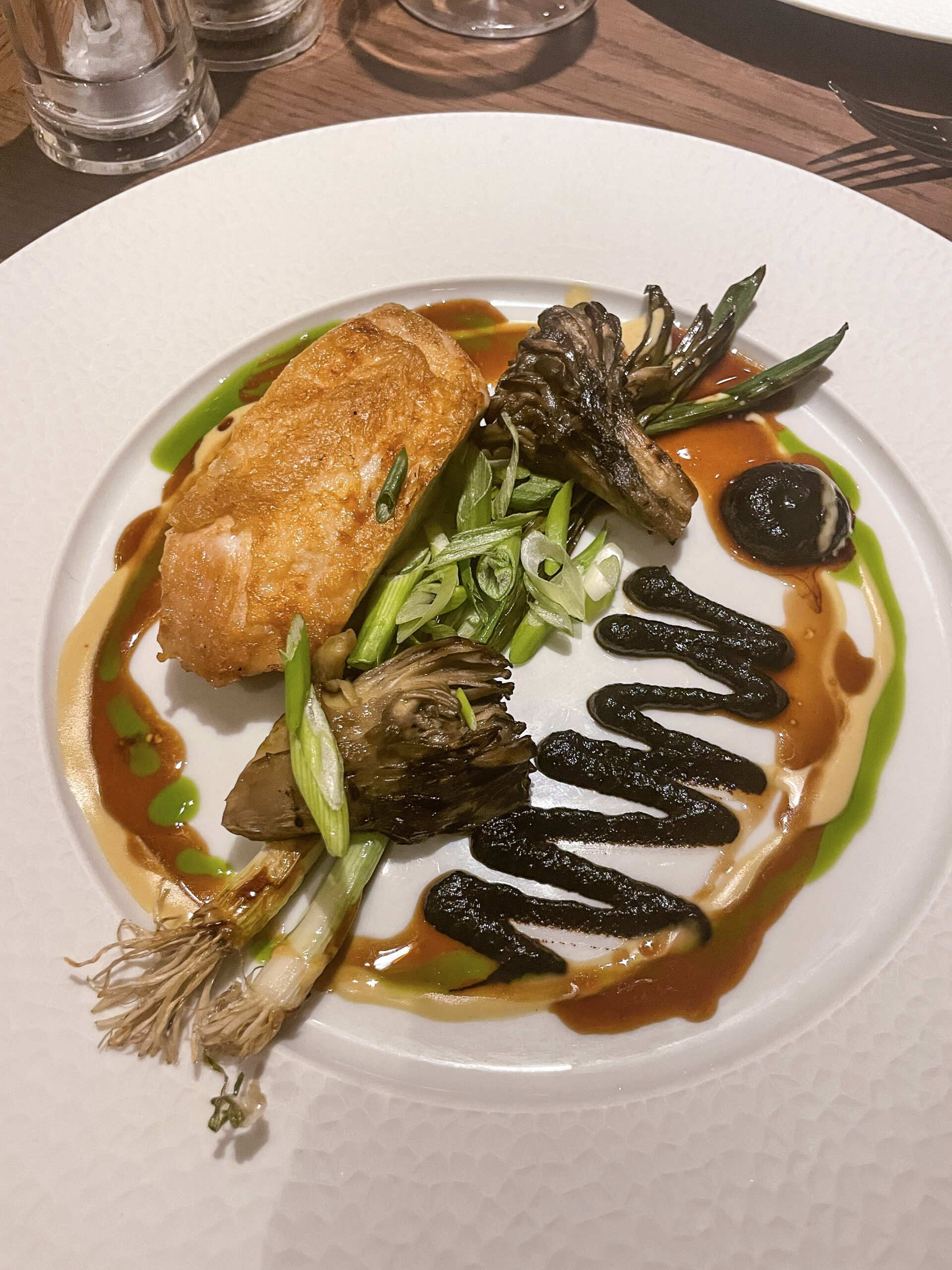 I was attracted to the Organic Chicken Breast (£21) because of the inclusion of the rather sensational Hen of the Woods mushroom, and with two huge chunks of meaty fungi perfectly seasoned and seared on the plate – I was a very happy man indeed.

The chicken itself was perfectly prepared, not even a tiny bit of dryness in the house, and it was accompanied by an exquisite black garlic sauce that was in equal measures potent and treacle-sweet. 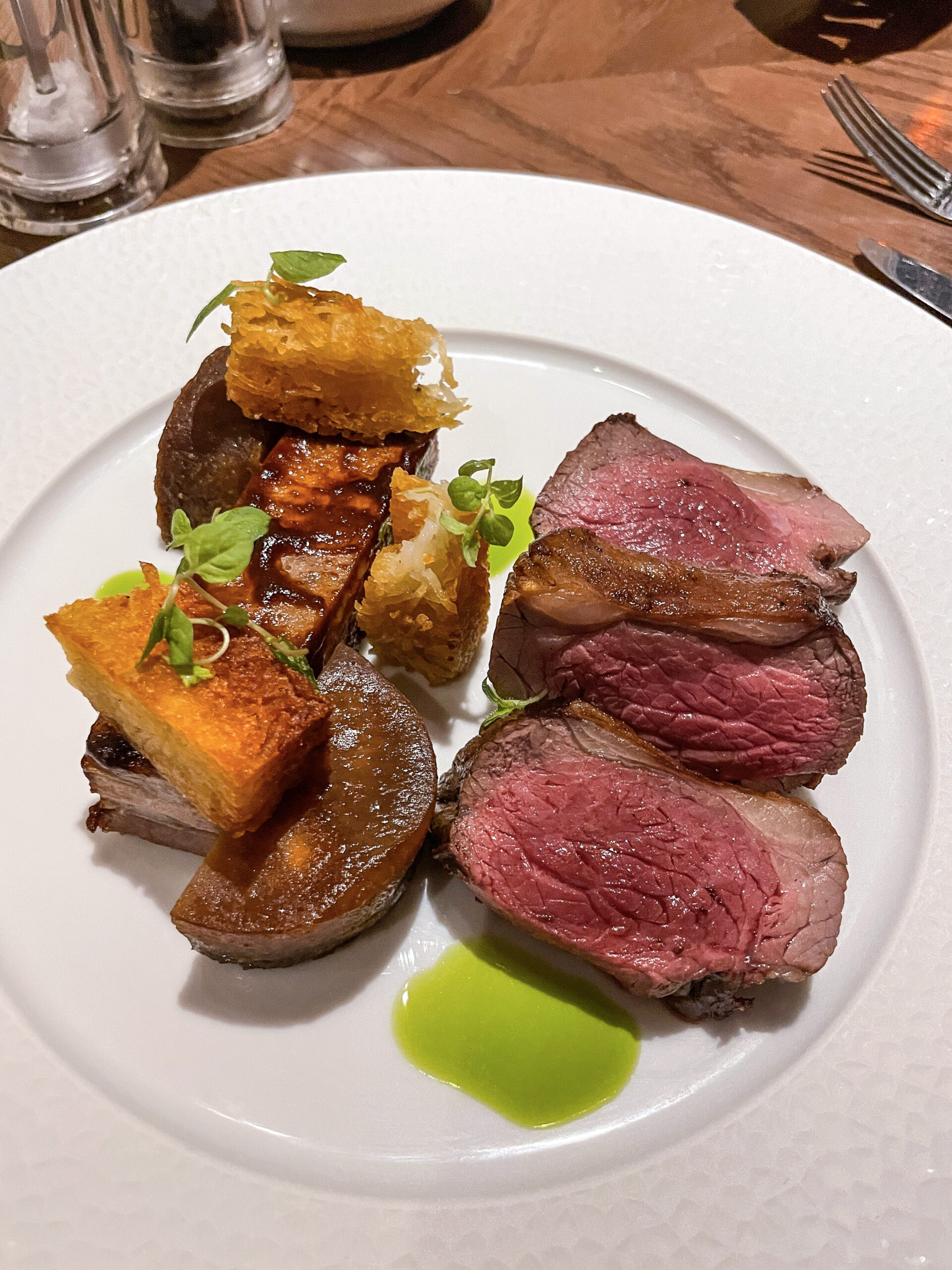 We also went for the Herdwick Lamb Rump (£28) – a masterclass in the different ways in which you can cook, and present, this often overlooked meat. Sourced from Yew Tree Farm up in the Lake District, there’s hefty chunks of rump, set alongside Fermented Chilli Glazed Rib and a couple of indulgent Lamb Fat Rosti. 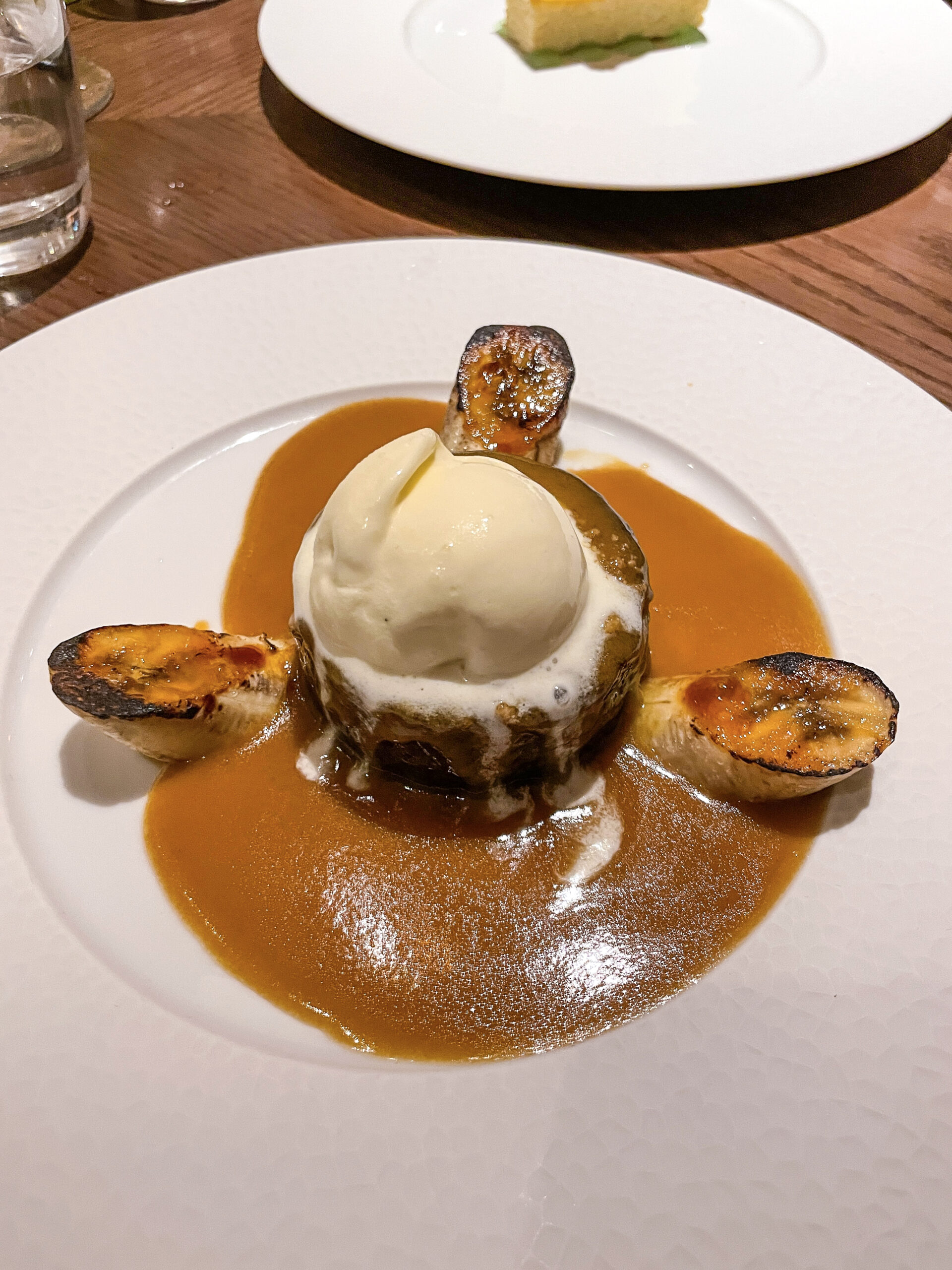 For dessert, we chose a truly gorgeous Sticky Date Cake with caramelised bananas, rum and a mega clotted cream ice cream. The whole thing was better than 99% of all Sticky Toffee Puddings I’ve ever eaten.

The Grilled Pineapple, which came topped with a mandarin sorbet and perched on a coconut sponge, was also exceptional, and the perfect end to a truly impressive and wonderful meal. 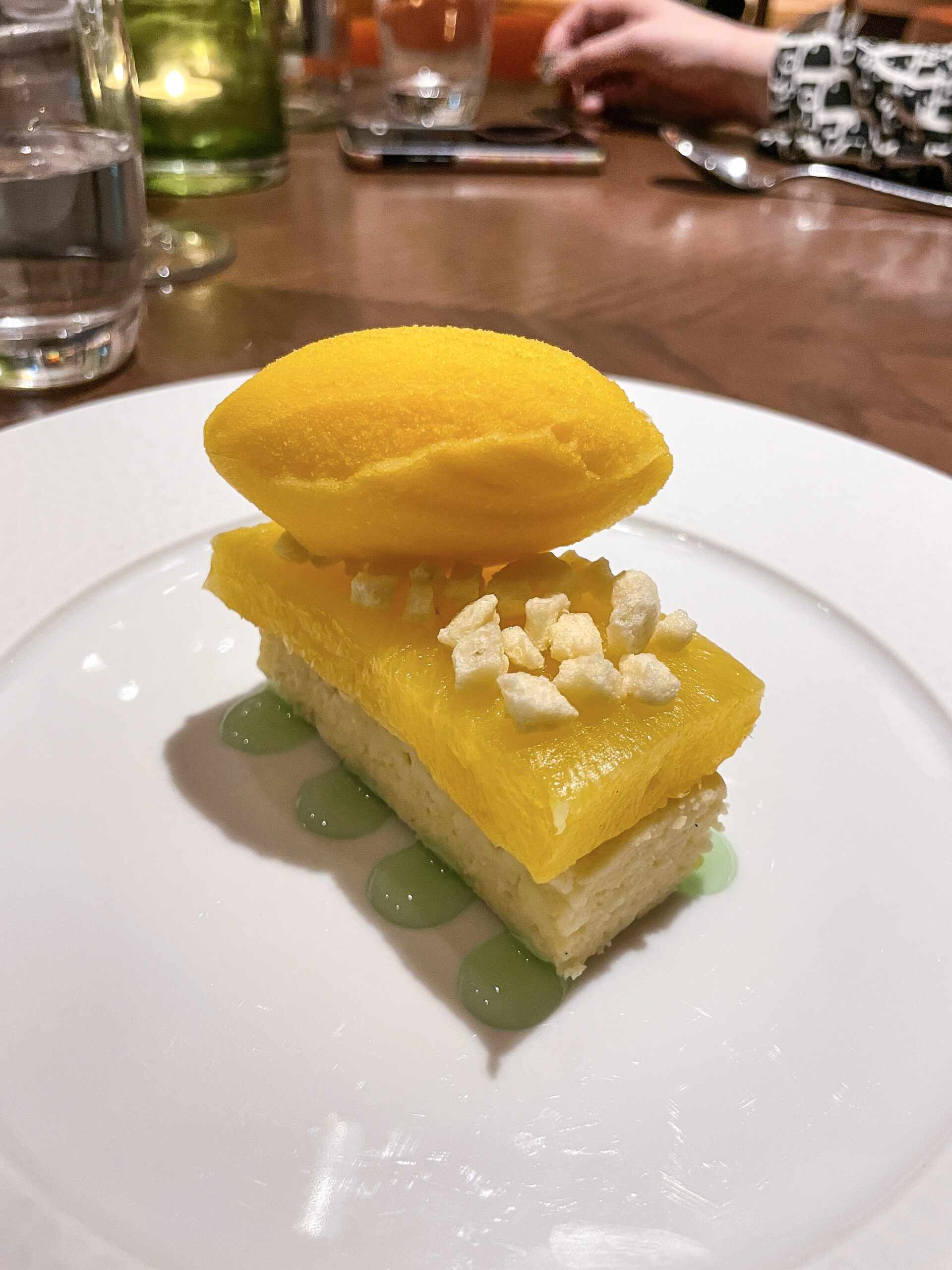 Lightopia at Heaton Park, FREE Kebabs & The Best THINGS TO DO in Manchester this Week