BAB have added some belting new kebabs to their menu, plus a couple of extra treats... 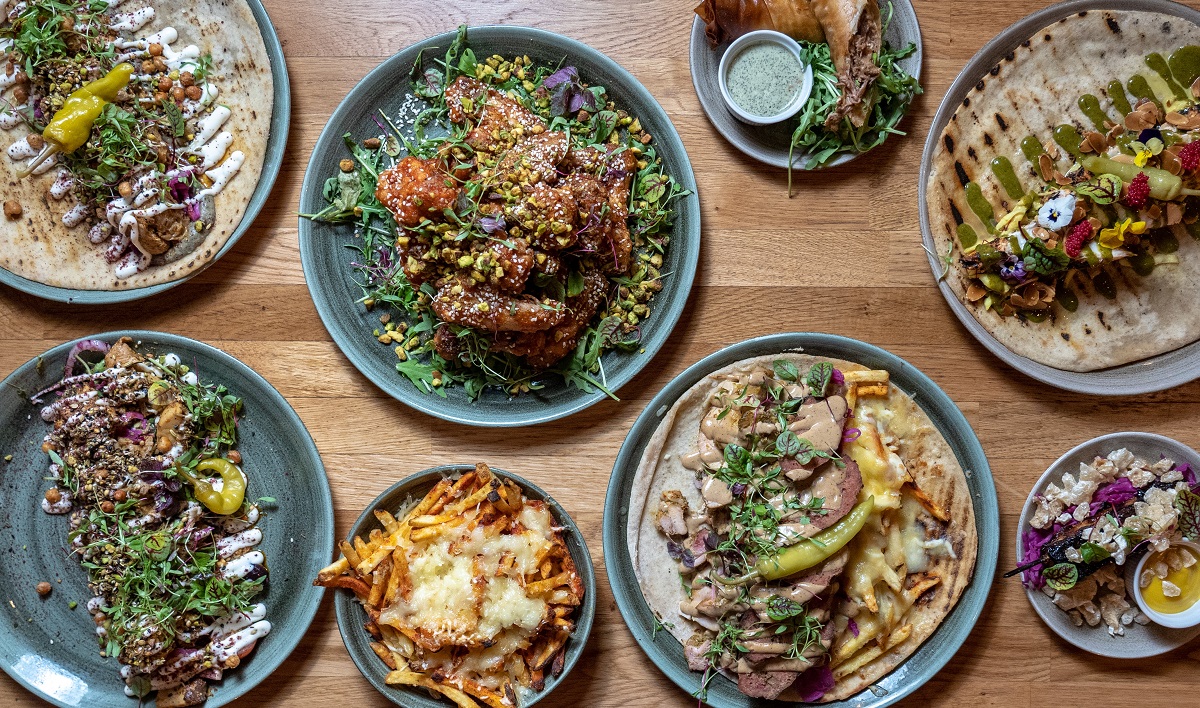 Every 3 months or so BAB in the Northern Quarter switch up their menu and everyone in the Finest office gets excited. What new kind of gourmet kebab will they think of next? Well, they’ve certainly outdone themselves with this one…

The menu launches this Tuesday 1st September and included 3 new gourmet kebabs, a couple of new Mezze dishes and the inclusion of some really rather special chicken wings, which come all presented in a tower like Ferrero Rocher at the Ambassador’s Reception.

So what have you got to look forward to? 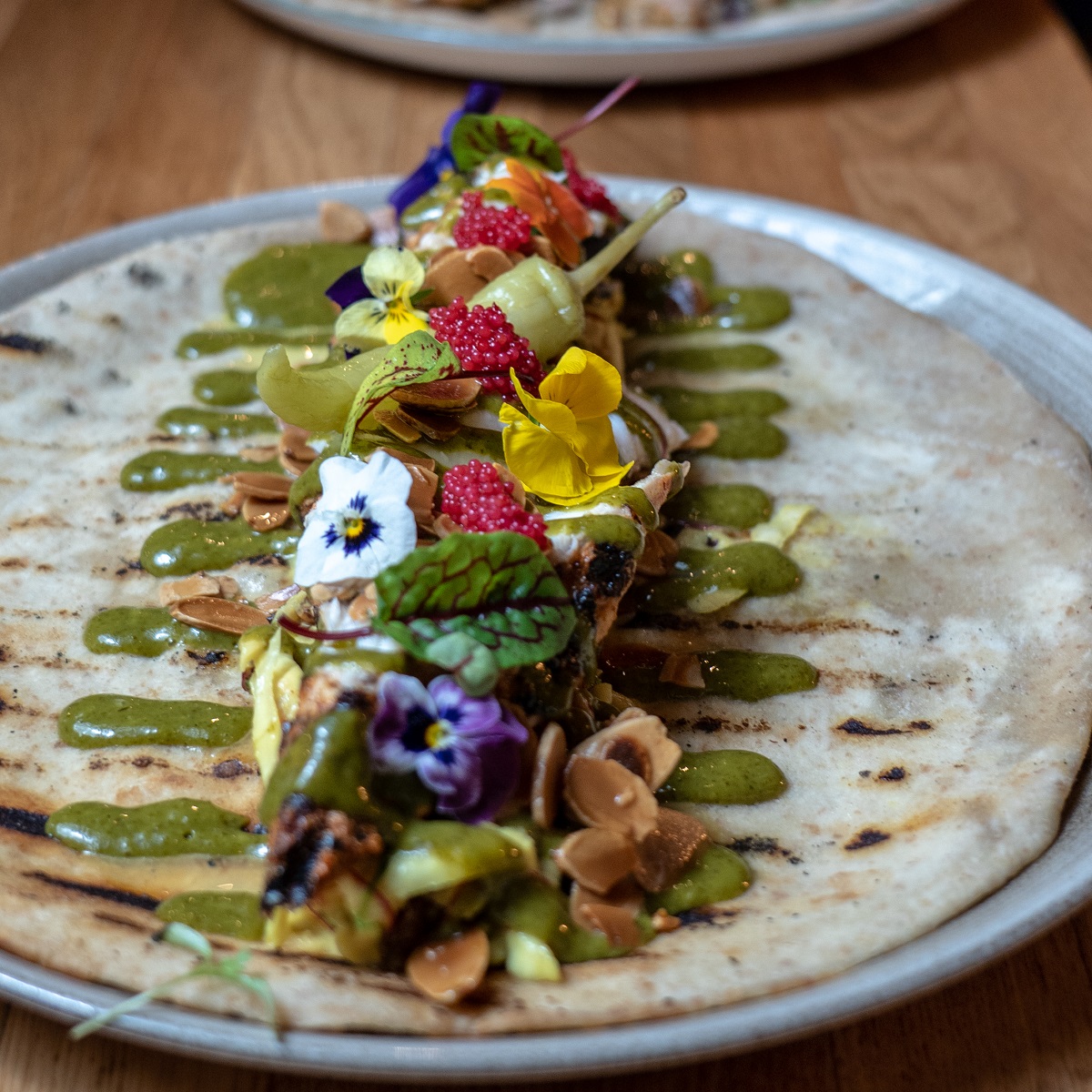 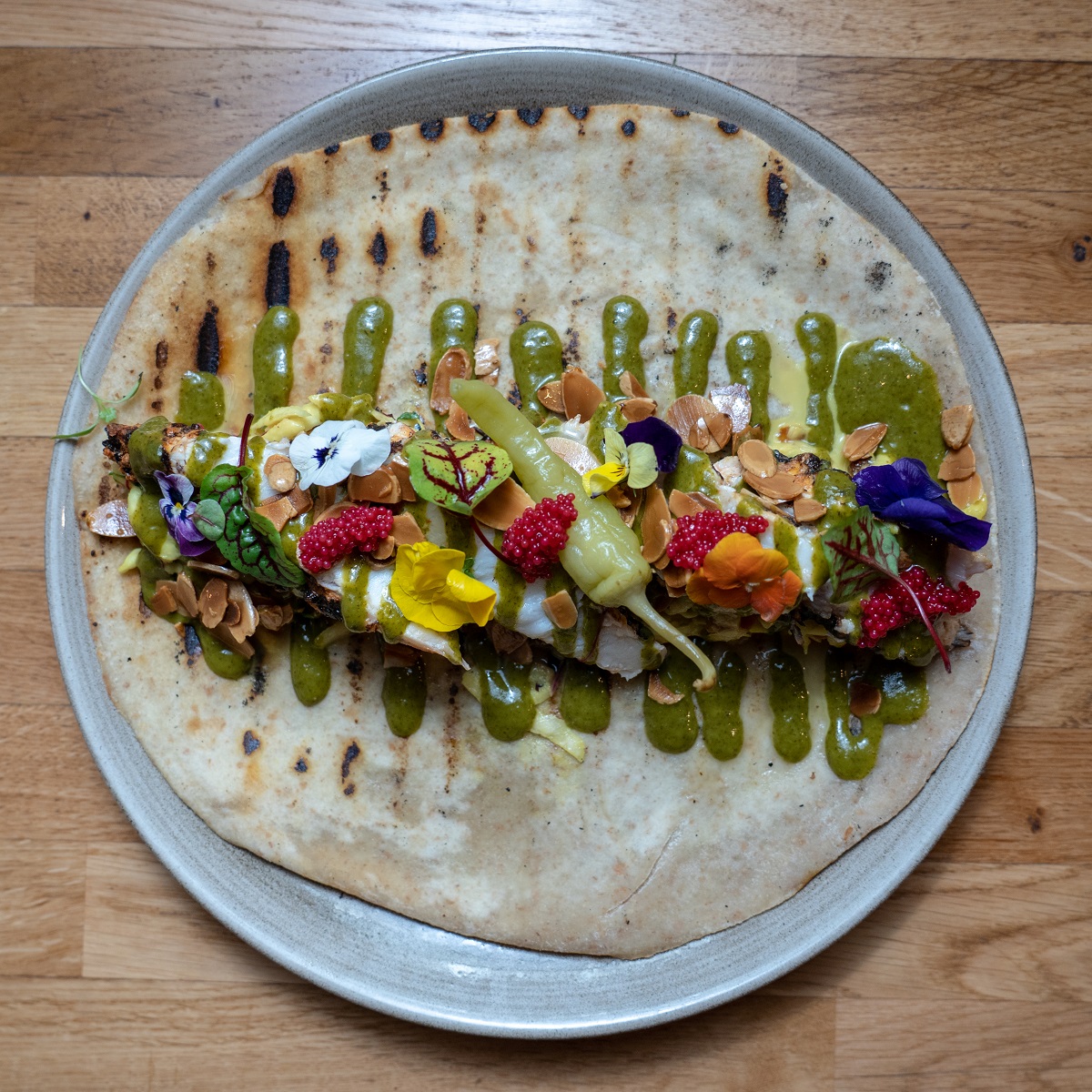 Well, the first one is this – the Monkish Kebab which comes with monkfish tail, coronation celeriac remolade, fermented jalapeño and kaffir lime, Monkifish Caviar and almonds. It’s colourful, it’s got a kick to it and the monkfish is cooked to absolute perfection.

On the vegan side of things is the Wild Mushroom Shawarma, which comes loaded with vegan cheesy chips, kebab shop salad and vegan mayo. This one is also available without the freshly grilled flatbread too. 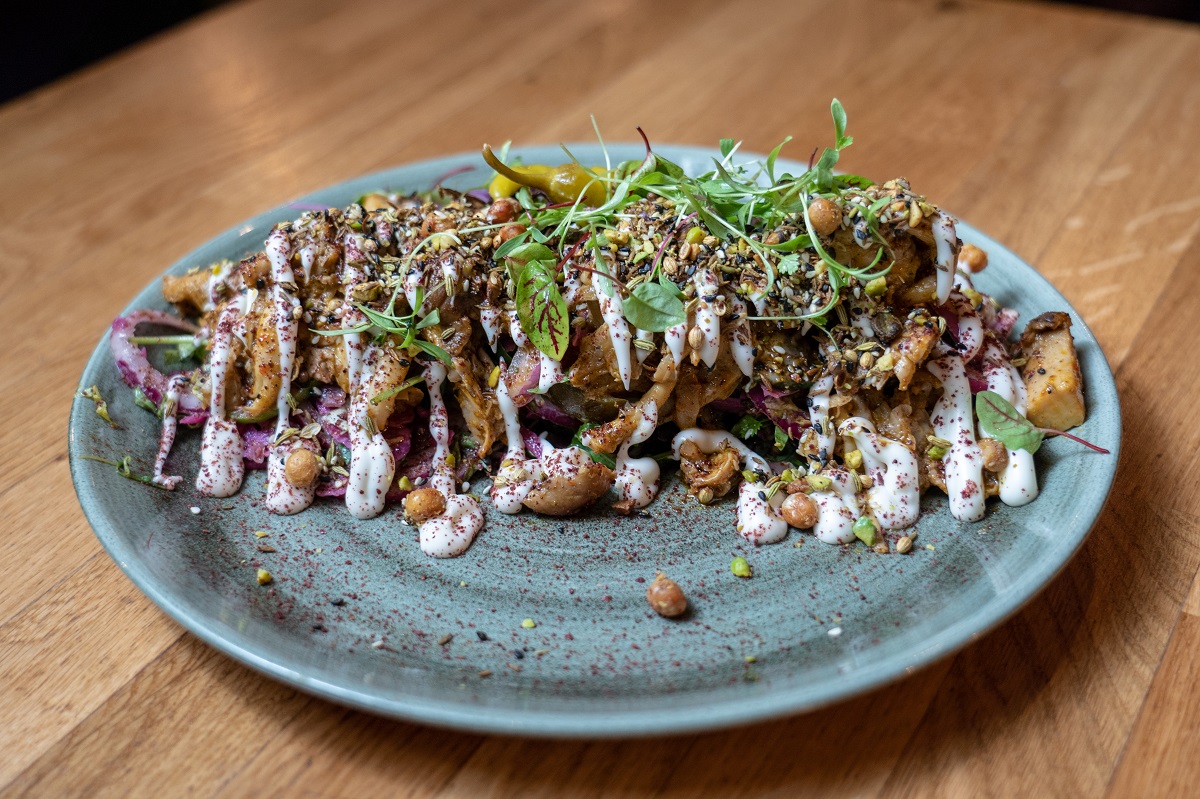 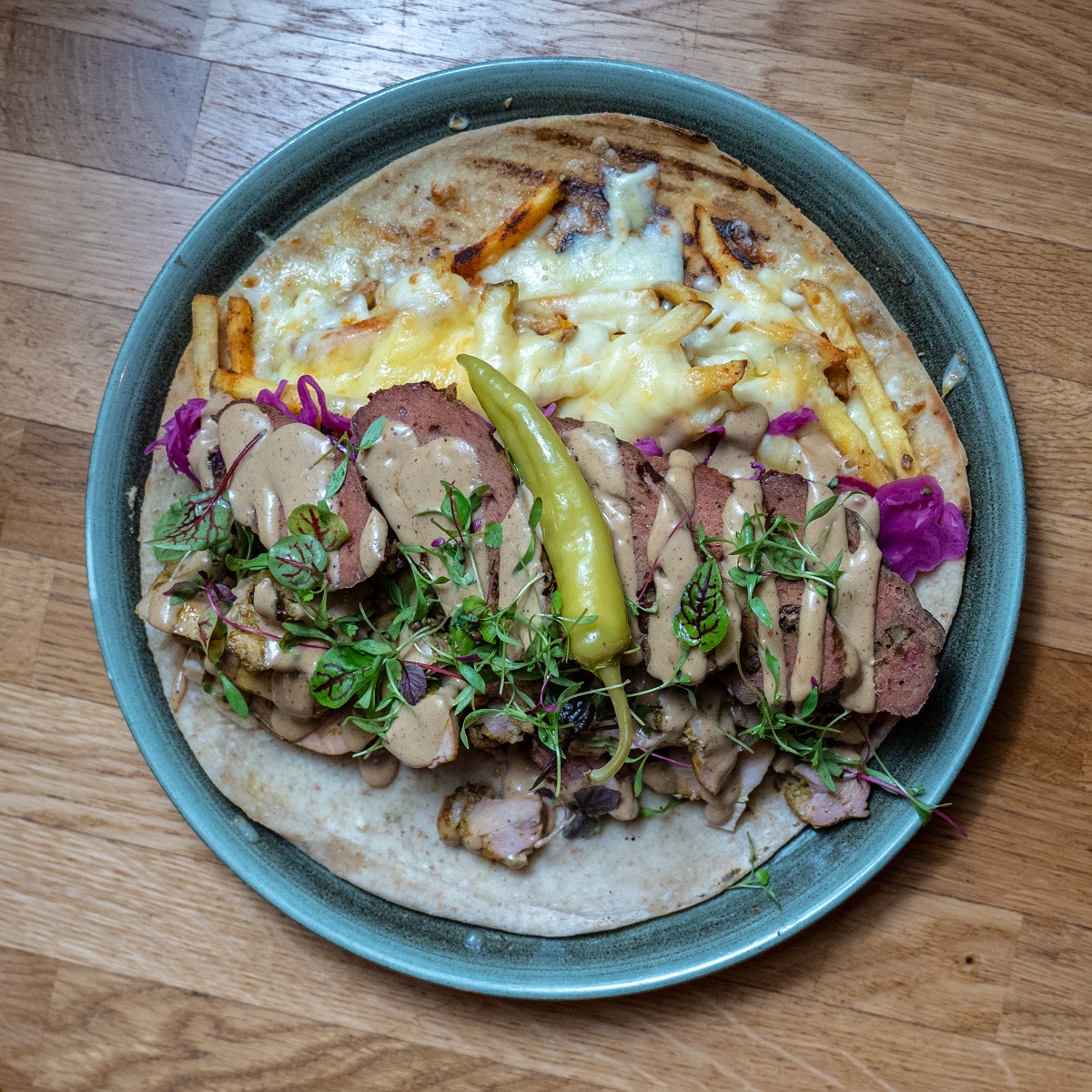 Finally, leaving the most impressive ’til last is BAB’s brand new Mixed Kebab – something we’ve all been waiting for and something that has certainly been worth it.

Mixing their two most popular kebabs onto one flatbread is a genius idea, so you’ve got Lamb Adana and Allepo Chicken, alongside some cheesy chips (a 2am classic), sumac onions, thoum and some of BAB’s homemade Special Sauce. Pretty much every kebab-lover’s dream. 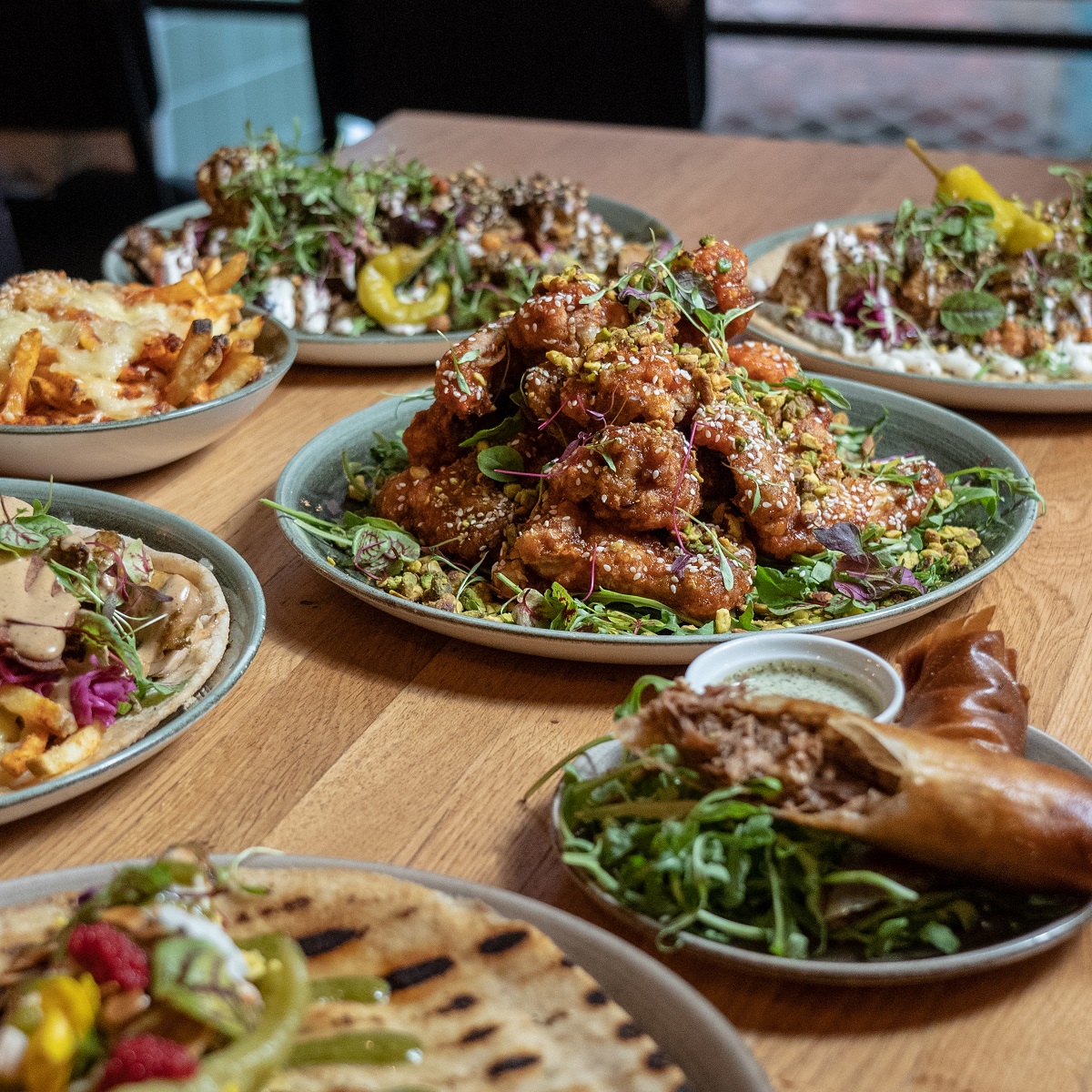 It’s not just the kebabs that they’ve changed though, they’ve also added a few new Mezze dishes and my word – they’re good. 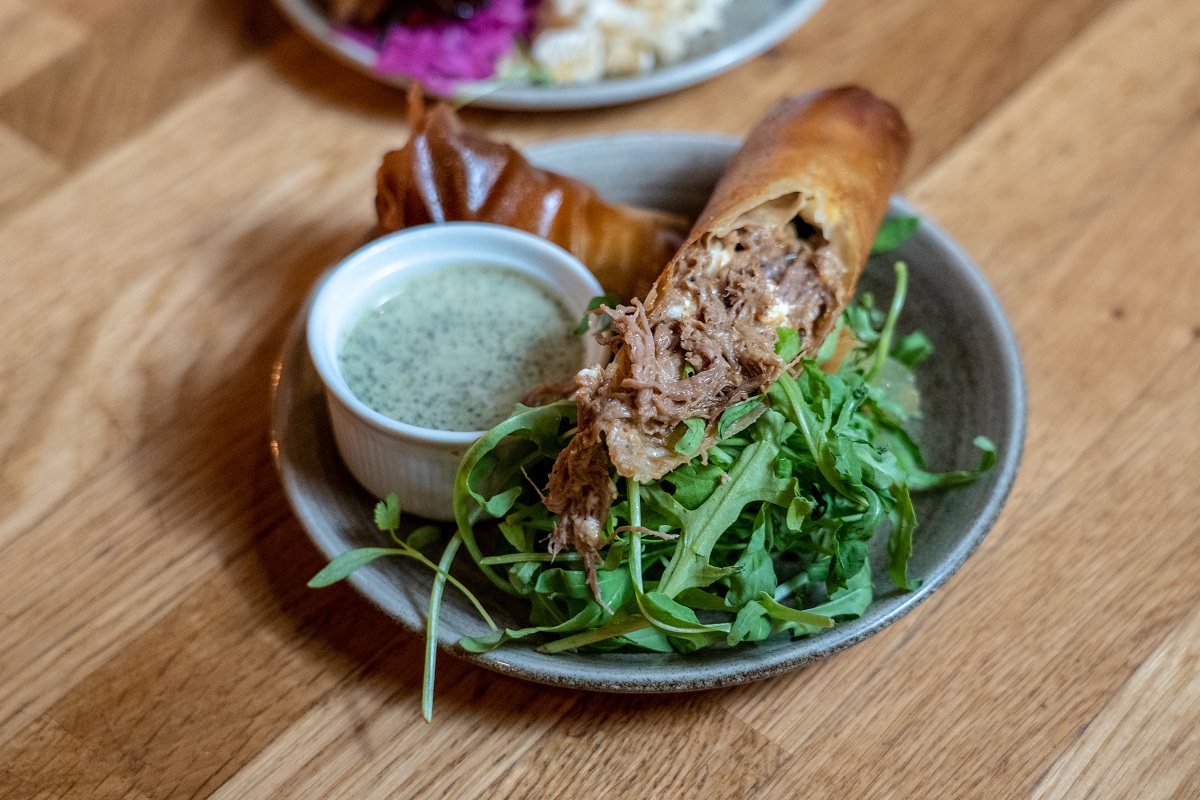 Their Lamb Shawarma & Feta Filo Rolls are truly outstanding, while their Honey Glazed Pork Belly with pork scratchings and mustard is a must-have. 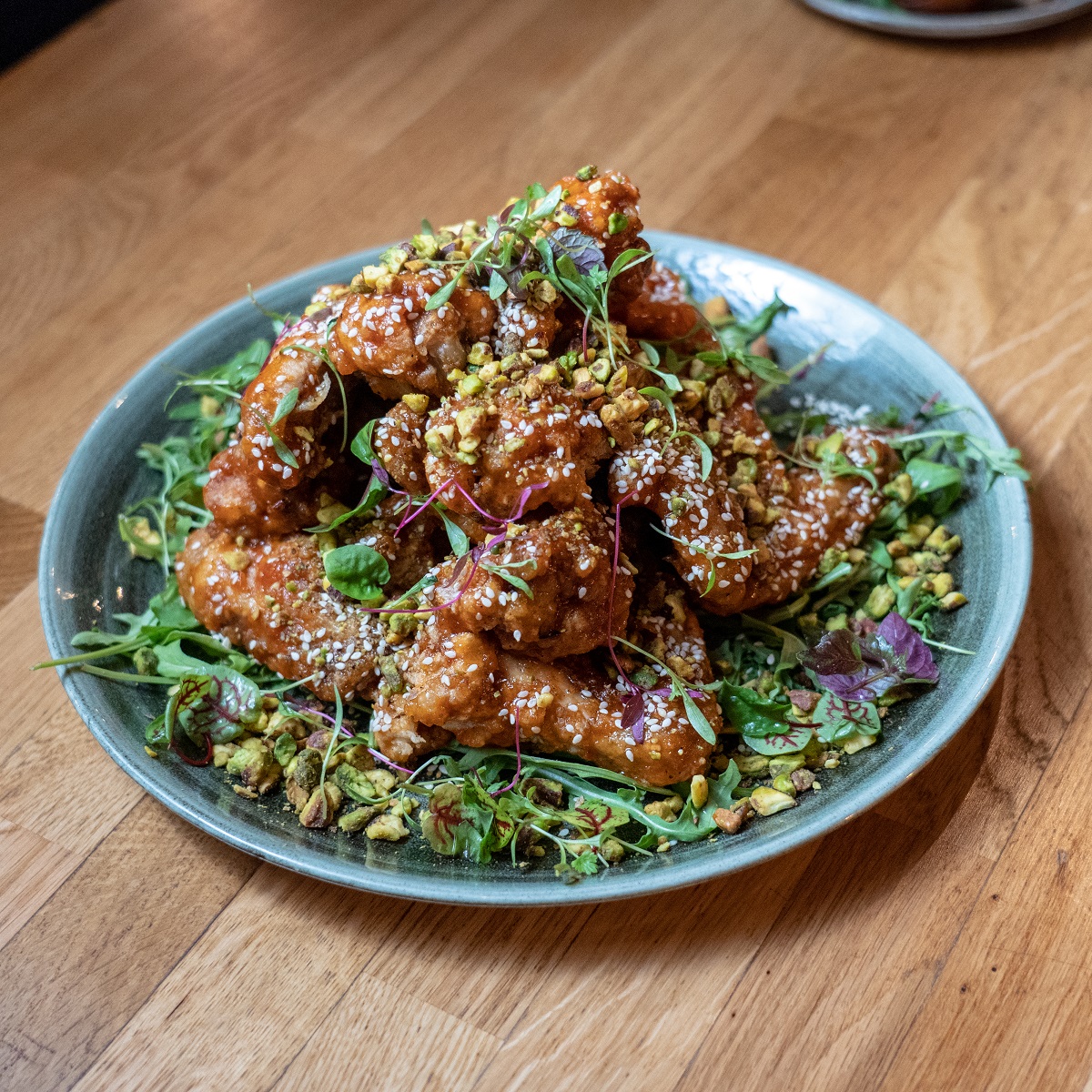 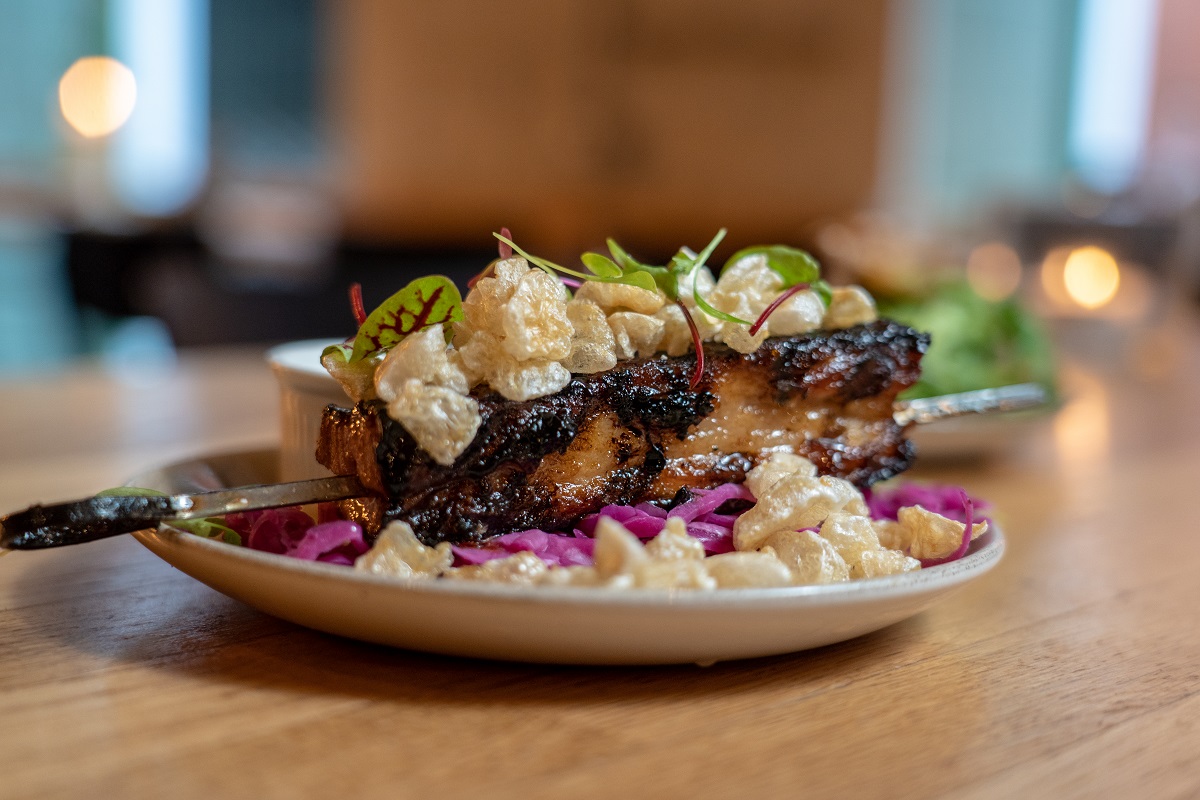 Dessert-wise, you can now tuck into a Chocolate Chip and Date Cookie Skillet or the classic Italian Affogato. I didn’t get chance to try them or take any pics last week though so you’ll have to watch this space to see them. Judging by the rest of the menu though – they’ll be fantastic.

The new menu at BAB is available now.