From Levanter up in Rammy to Porta down in Alty, and with a hell of a lot in between, Greater Manchester has far more than its fair share of tapas. Which is, incidentally, just how I like to have mine.

Altrincham Market has done more than just woo us with its heavenly pies, pizzas and the seriously gossip worthy Tender Cow steak benedict, it’s created a real buzz in the local area that’s persuaded a whole host of vendors to set up shop nearby. One of them is Porta Tapas, a cosy little Spanish restaurant which made the short hop over from Chester to open a second venue in the revitalised locale. Right now the town feels like a real culinary place to be, so the other day we went for stroll and a couple beers then popped in to Porta for a bite to eat.

A portion of Croquetas Jamon is about as good an accompaniment you can find for a cold beer, in my humble opinion, and so seem a pretty sensible place to get any meal underway. They’re such a simple little creation but yet still manage to loom large on a nation’s cuisine. Like a proper roast potato or a good Yorkshire pud – everyone swears their mum’s are the best. Seeing as my mother isn’t Spanish I can happily give these the thumbs up though- crisp, piping hot, slightly spongy, saucy balls of salty pleasure, I’d say.

Another real classic dish of Chorizo and lentil was our next tapa, and the rich, hearty stew took minds away from the grimmest of winter evenings outside. The combination of garlic and paprika from the sausage slices and nutty little al dente lentils always serves you well.

Next up a contender for the best thing I’ve had on a piece of sourdough toast in a long while- forget smashed avocado, I want this for brunch from now on. Plump chunks of swordfish, brought to life with punchy, briny anchovy alioli and a lively fresh tomato salsa. On as a special, this was probably the pick of the bunch for me, I hope for everyone’s sake it makes a return.

The only dish to disappoint was the aubergine rolls. Still a little tough and stuffed with a stingy amount of mozzarella it didn’t quite work for me, no complaints if this special doesn’t make the menu.

Our final savoury morsel was another real favourite though, Secreto is the revered cut of shoulder meat from prized Iberico pigs. It’s fair to say what Spaniards don’t know about pork ain’t worth knowing, and this is their secret and favourite bit, the wagyu beef of the swine world. It’s shown its due respect too; seared but pink in the middle and served with a simple mojo verde.

Anyone who’s been to Lisbon will no doubt have fallen in love with Pastel de Nata, the perfectly flaky, light sweet custard tarts that proliferate the Portuguese capital. If you haven’t been lucky enough to try visit, these little treats are good as most you would find over there. Finally chocolate mousse with honeycomb, like a sort of Crunchie bar in a tumbler, brought our meal to close nicely alongside a couple of sweet sherries.

Expect a warm atmosphere, sociable service and some stand-out food. 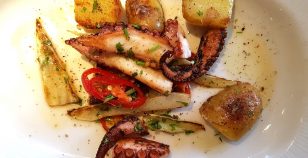 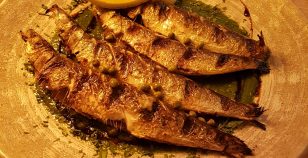 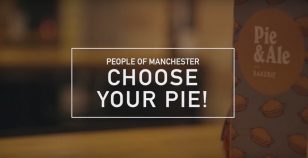 People of Manchester! Choose Your Pie!