Just in time for national chilli day, the best place to get a good old curry in town...

aIt goes without saying that Manchester love’s Indian food, from your traditional curry, to a new wave of tiffin restaurants, there are plenty to choose from. It’s hard to pick a favourite in the city, but we’ve pulled together a selection of the best of Manchester’s Indian restaurants. 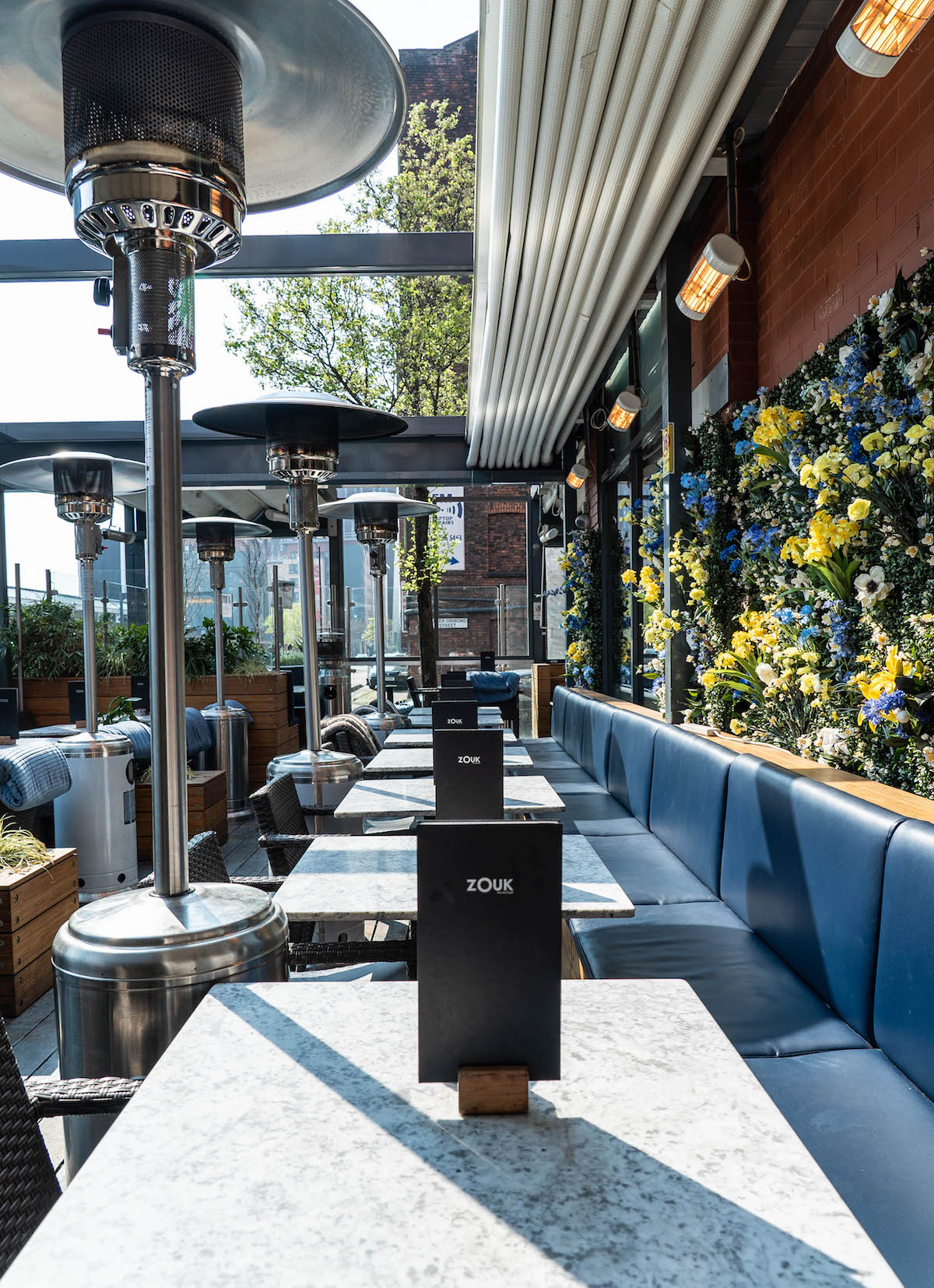 Zouk
Zouk Tea Bar and grill On a sunny evening, the terrace gets packed with people enjoying a variety of flavoured shishas in the late evening sun. The tea bar & grill seems to be as much a venue for Saturday cocktails, as it is for dinner, with an extensive cocktail menu for customers to choose from. The Zouk menu focuses on authentic cuisine, with individual dishes to showcase their unique style rather than traditional customer favourites you’d expect to see on an Indian menu. There were options for traditional curries including Karahis, Handis, and Biryanis, as well as burgers, steaks and special roasts, where a party could choose to order a whole roast chicken or leg of lamb. 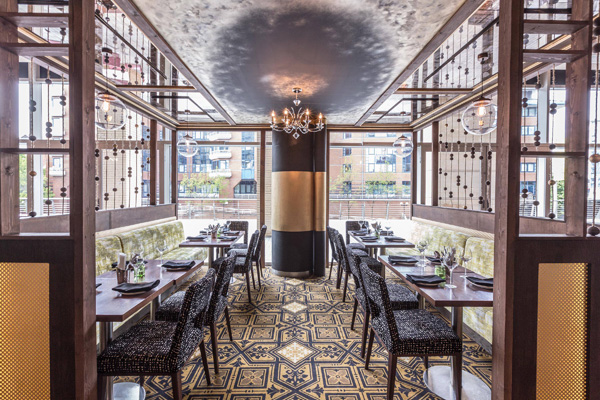 Scene: Indian Street Kitchen
There’s a lot more to Scene than just meat in spicy sauce, with a selection of street food style favourites, shishas and a heated terrace overlooking the River Irwell. Open for just over a year and located in Spinningfields, Scene is quickly becoming one of Manchester’s go-to Indian restaurants. Scene excel at their starters and sides with tandoori grills, and delicately spiced chaats prepared in the open plan kitchen. With a selection of street food and smaller Indo-Chinese dishes to choose from, as well as a huge selection of curries and grills,  there’s something on the menu for everyone. 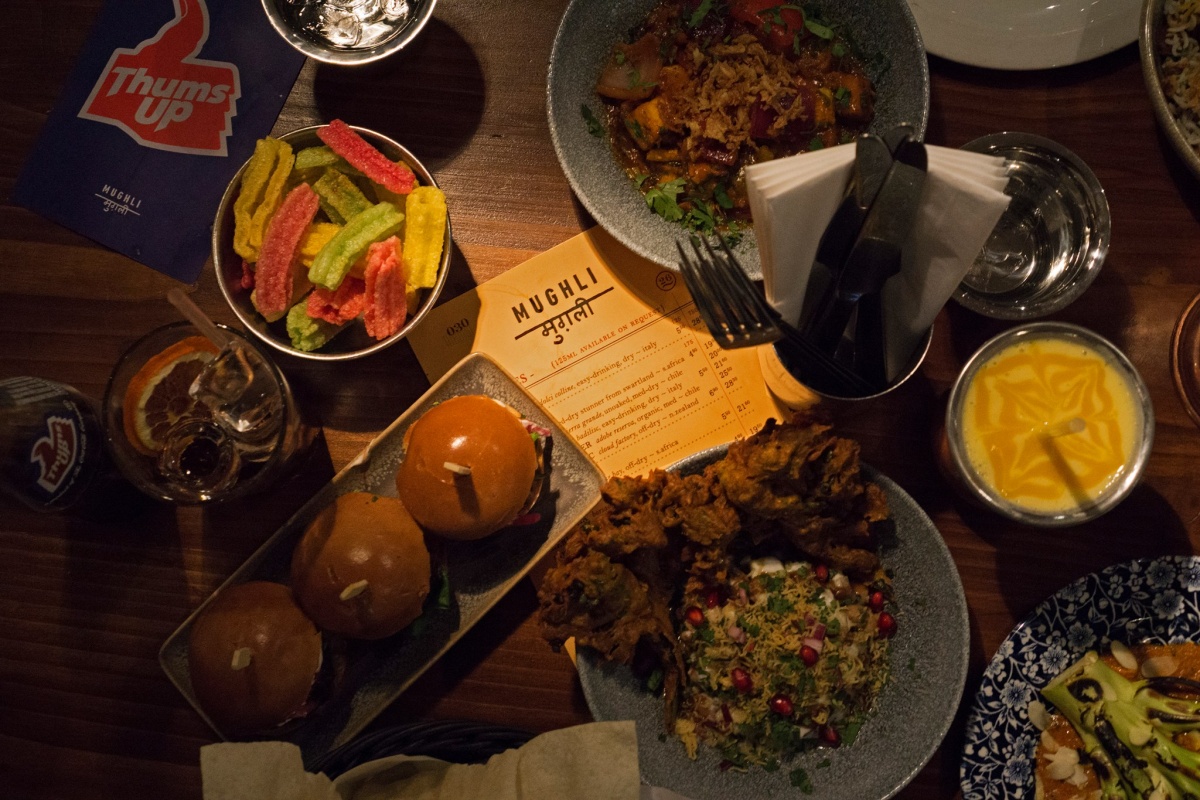 Mughli
If you’re heading into Rusholme for an Indian feast, then Mughli is definitely one to try. The restaurant has been open for almost 25 years and attracts a host of Manchester foodies and bloggers with their street food style menu. On one side of the menu is a variety of street food and snacks, designed for sharing, including Kati Rolls, Pau and Chaat, with influences from all over Asia. On the second side of the menu, there’s curries and biryanis to choose from, as well as slow-cooked stews and grills from the charcoal pit. A real highlight of the menu is the Mughli lamb chops, straight from the grill. 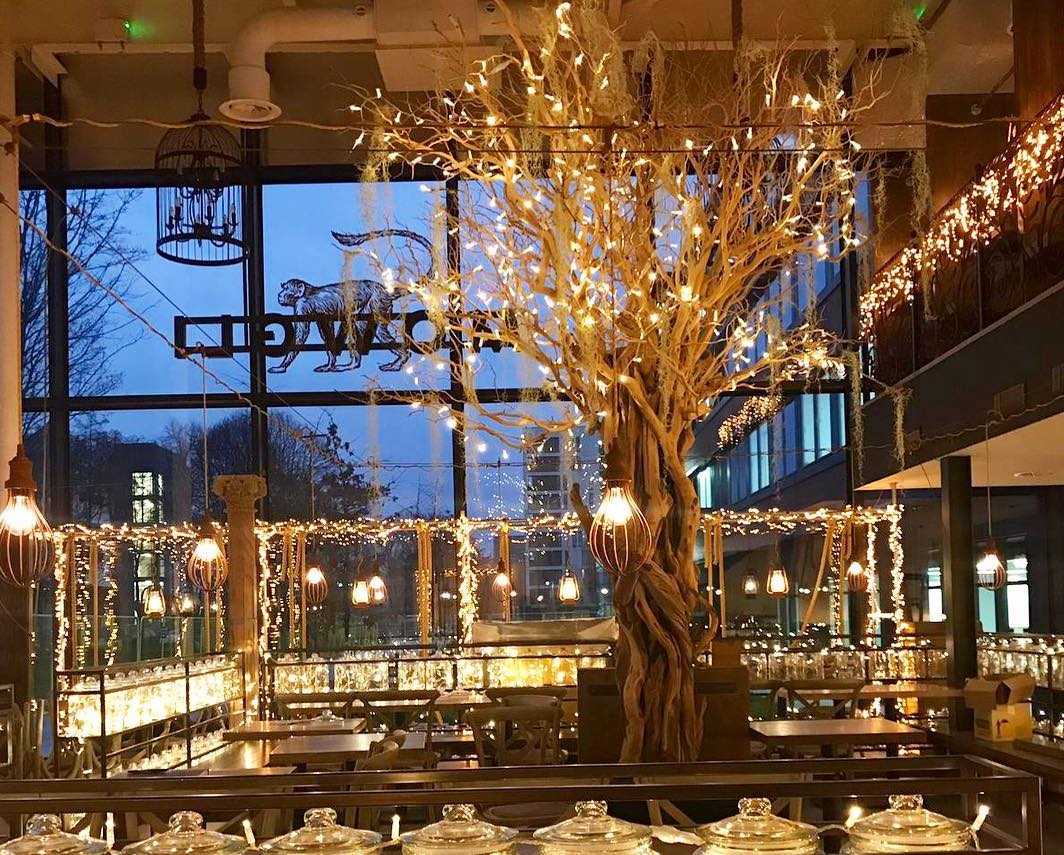 Mowgli
One of Manchester’s newest additions to the Indian restaurant scene, Mowgli opened in the Corn Exchange in 2015, bringing with it all the charm of the original Liverpool restaurant, which is just over a year old. With food served in mini tiffin tins, and inspired by Calcutta roots, a huge selection of the menu reflects the dairy and meat-free diet of millions of Indians, making this a great option for vegans & those looking for gluten-free options. The tiffin style menu is designed to order a few dishes per person, with options of Gunpowder chicken, Bombay chip butties, as well as a small selection of curries from the house kitchen. While Mowgli is a great addition to Manchester’s ever expending Indian restaurants, if you’re after a proper comfort curry rather than fresh street food – this one might not be for you. 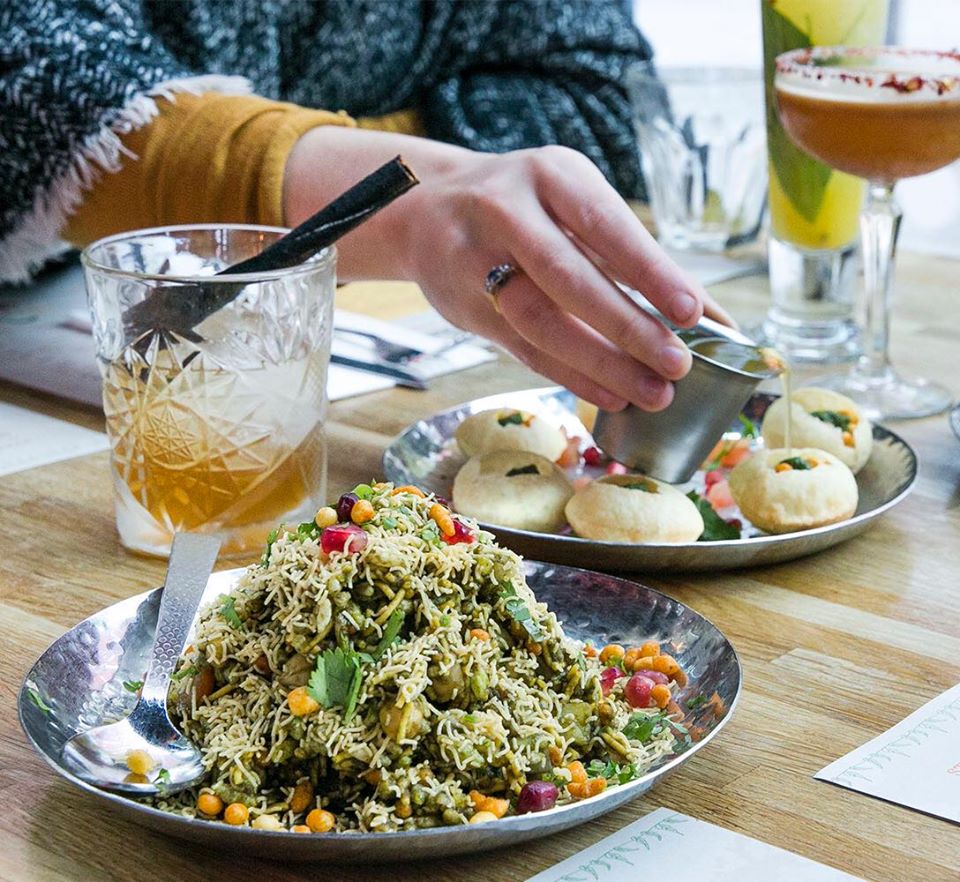 Indian Tiffin Room
Around 4 years ago the small restaurant ventured from Cheadle into the city centre and it came with a spicy bang. One of our favourite things are the Indian-inspired cocktails including spicy twists on all the classics. There’s also a full vegan menu that is definitely not an after-thought, this menu is the full shebang with loads of options including tiffin, street food and kebabs. 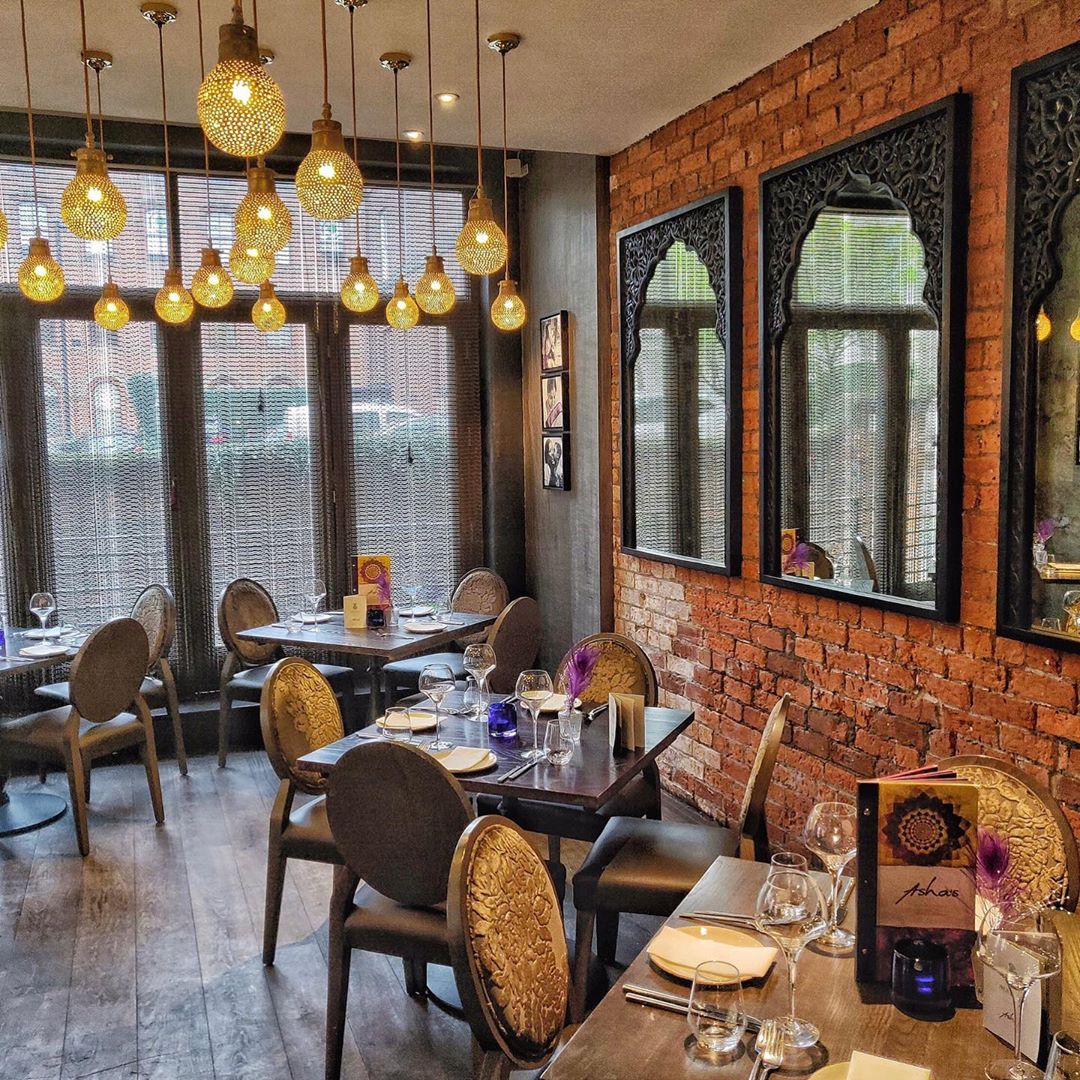 Asha’s
Asha’s opened the doors to their new venue on Peter Street back in September of last year, and it has to be said the place feels a bit different from your usual curry house. With beautiful gold fittings, opulent booths and the Bolli bar downstairs it all feels rather special. Starters exciting variations on the usual favourites including guinea fowl hariyala tikka, duck seekh kebab, and venison samosas, while the contemporary main courses include salmon biryanis, duck vindaloo as well as classic curries served with naans with truffle oil. If you like the sound of enjoying dishes using some quality local meats you might not be used to, tasty cocktails and home made chutneys and desserts all in ornately decorative setting, Asha’s might just be the one for you. 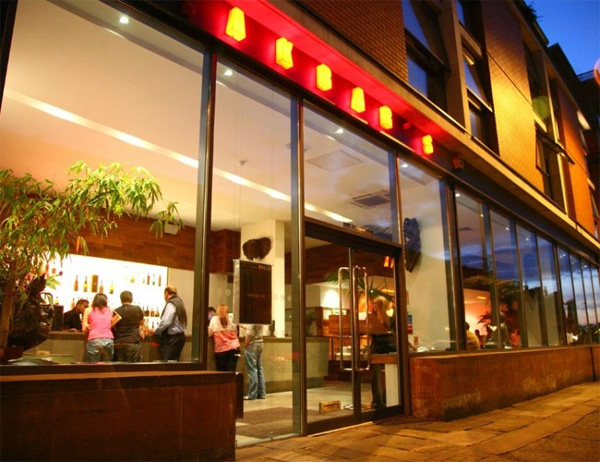 Akbars
As anyone who has ever walked down Liverpool Road will be able to tell you, Akbars is definitely one of the most popular Indian restaurants in the city centre. With a no booking policy for tables of six or less, you’re likely to always have to wait ten minutes for a table in this busy Manchester venue, and longer at the weekends. Akbars has a great atmosphere and is as popular through the week as it is on a Saturday night. The menu is exactly what you’d expect from your local takeaway, with starters including Seekh kebabs, special veg pakora, followed by old school curries such as Dopiazas and Rogan Josh, with a selection of special baltis. Akbars offers no-frills Indian dining, perfect for soaking up a hangover at a reasonable price. 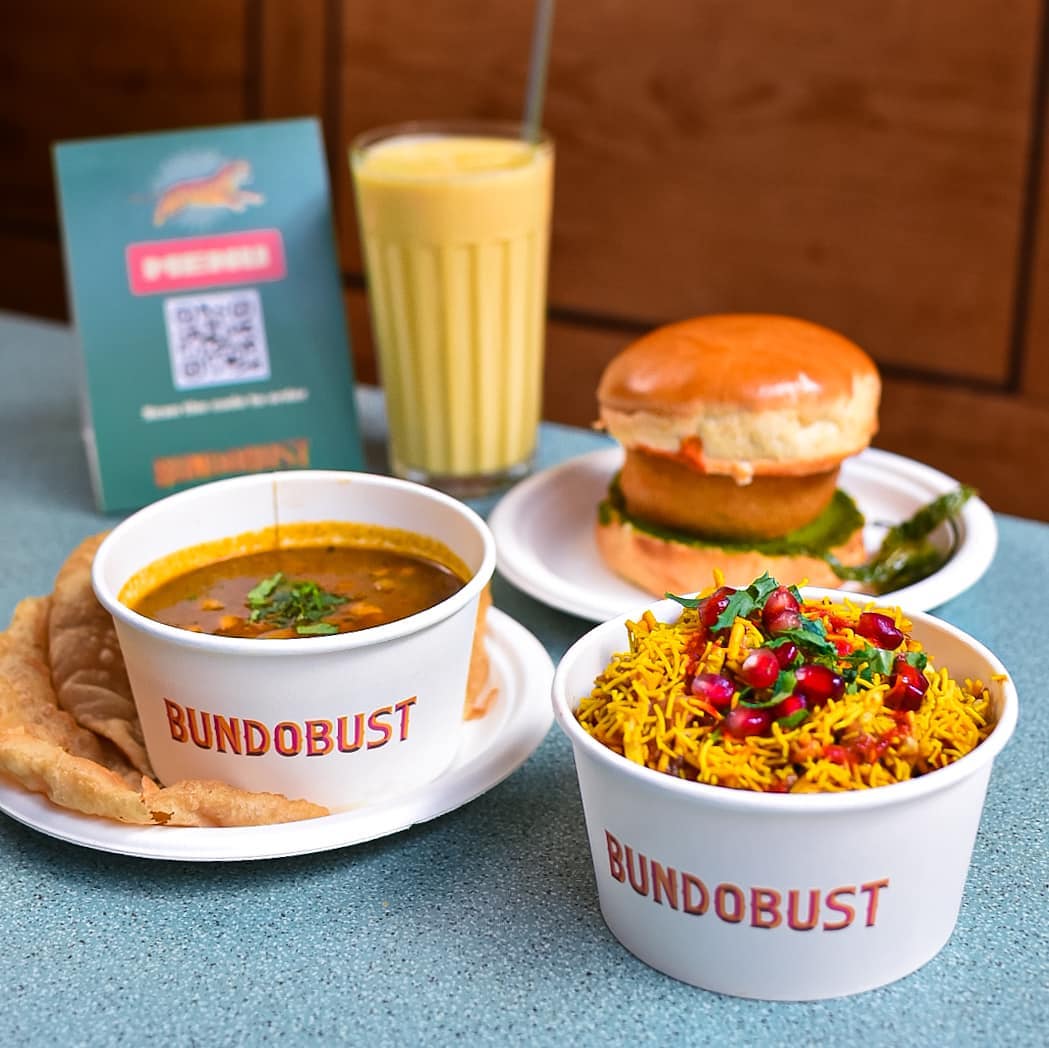 Bundobust
Nearly everybody’s favourite street food-style restaurant is Bundobust. The fact that it is significantly Instagram-friendly might have something to do with it. Or perhaps it’s because it’s entirely veggie. Either way, the food is banging, the beer is incredible and you will definitely have a good time. 100% the best thing is the paneer kebabs, or maybe the daal, or could it be the okra fries. GOD I can’t decide. It’s proved that popular in Manchester that they’re set to open their second shop later this year down on Oxford Road. 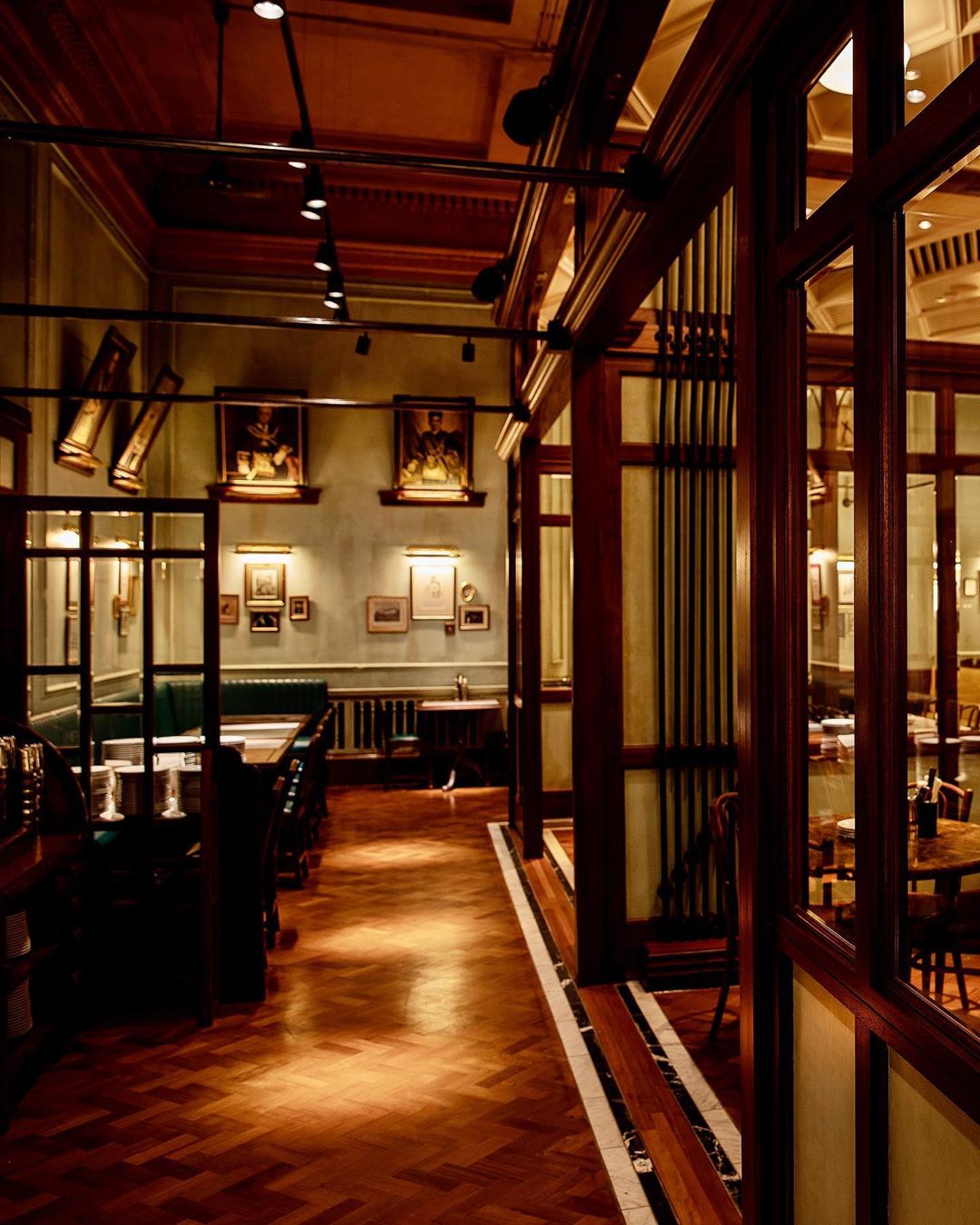 Dishoom
Could there be a list of Indian restaurants without a shoutout to Dishoom? The answer is no. It’s no secret that we’re massive fans at the breakfast at the Finest office and it is the go-to any time we’re having a team outing. Everybody needs to try the bacon naan at least once in their life. There’s also the infamous black dal which has taken the world (I’d say) by storm. If you’ve never had it, it’s the kind of dish that once you eat you’re thinking about for a minimum of 3 weeks after. 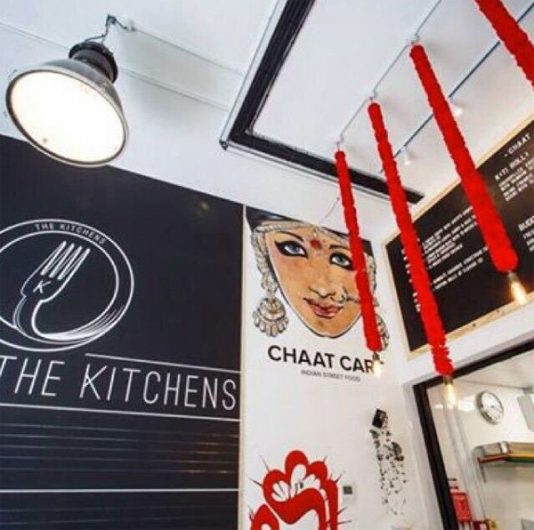 Chaat Cart
If you’re a fan of street food, you’ll have heard of them before. Serving Indian street food from their micro diners all over manchester, including recently announced Didsbury opening, Stockport, Sheffield and plenty more. Their food has made the national press, made from scratch with all good natural ingredients. Their menu often changes, but look out for the Chicken Kati Roll served on a spiced flatbread with rainbow slaw, as well as their homestyle lentil dahl. We can also highly recommend the Kale and Onion bhajis served with chilli jam. If you see these guys at a street food festival, do not miss out!