You've probably heard about Society down on Barbirolli Square... 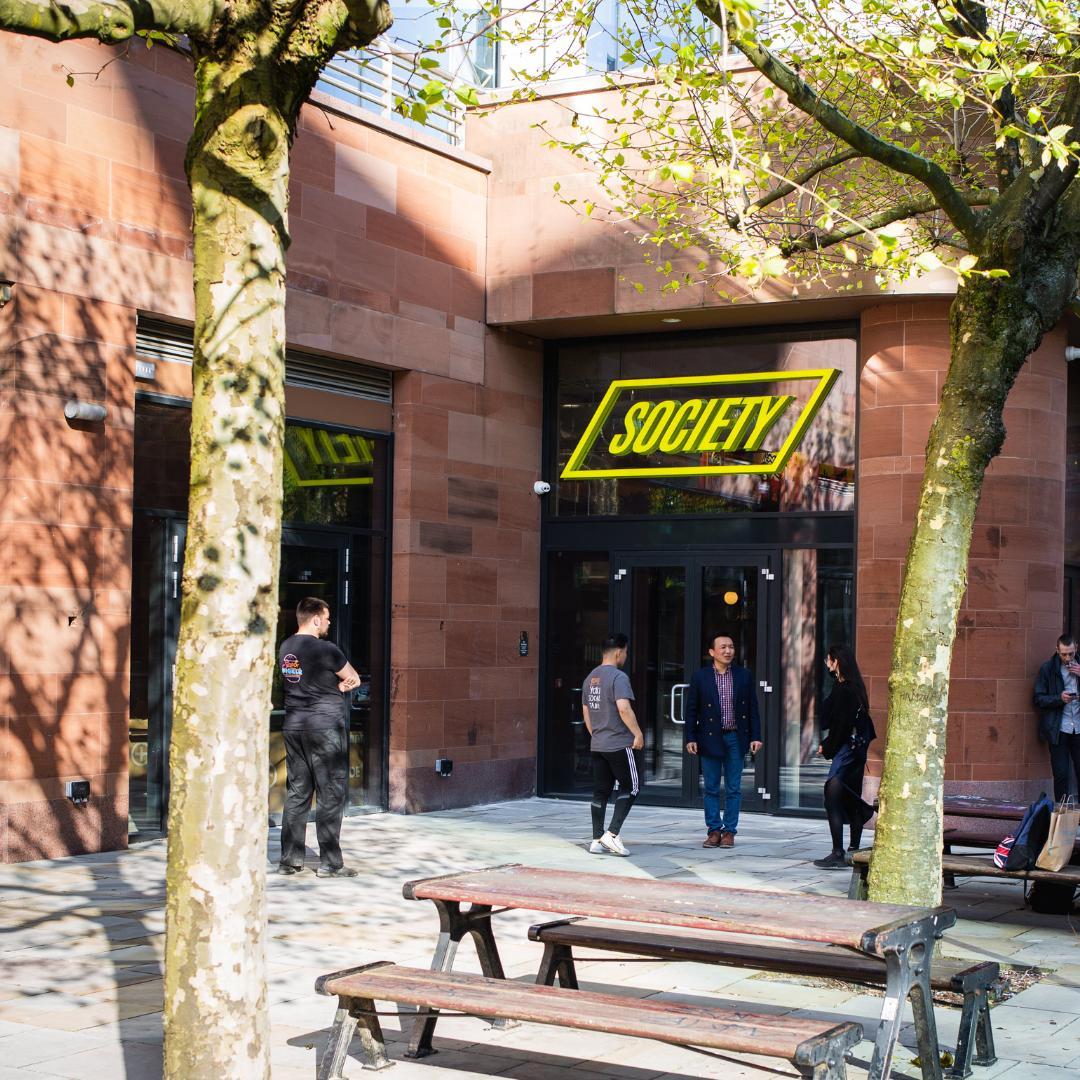 Launching with a bang a few weeks back in the city centre, SOCIETY is a brand-new £1m street food and entertainment venue just next to the Bridgewater Hall – a hub for food, craft beer, wine and cocktails, all set alongside an impressive programme of events and entertainment. 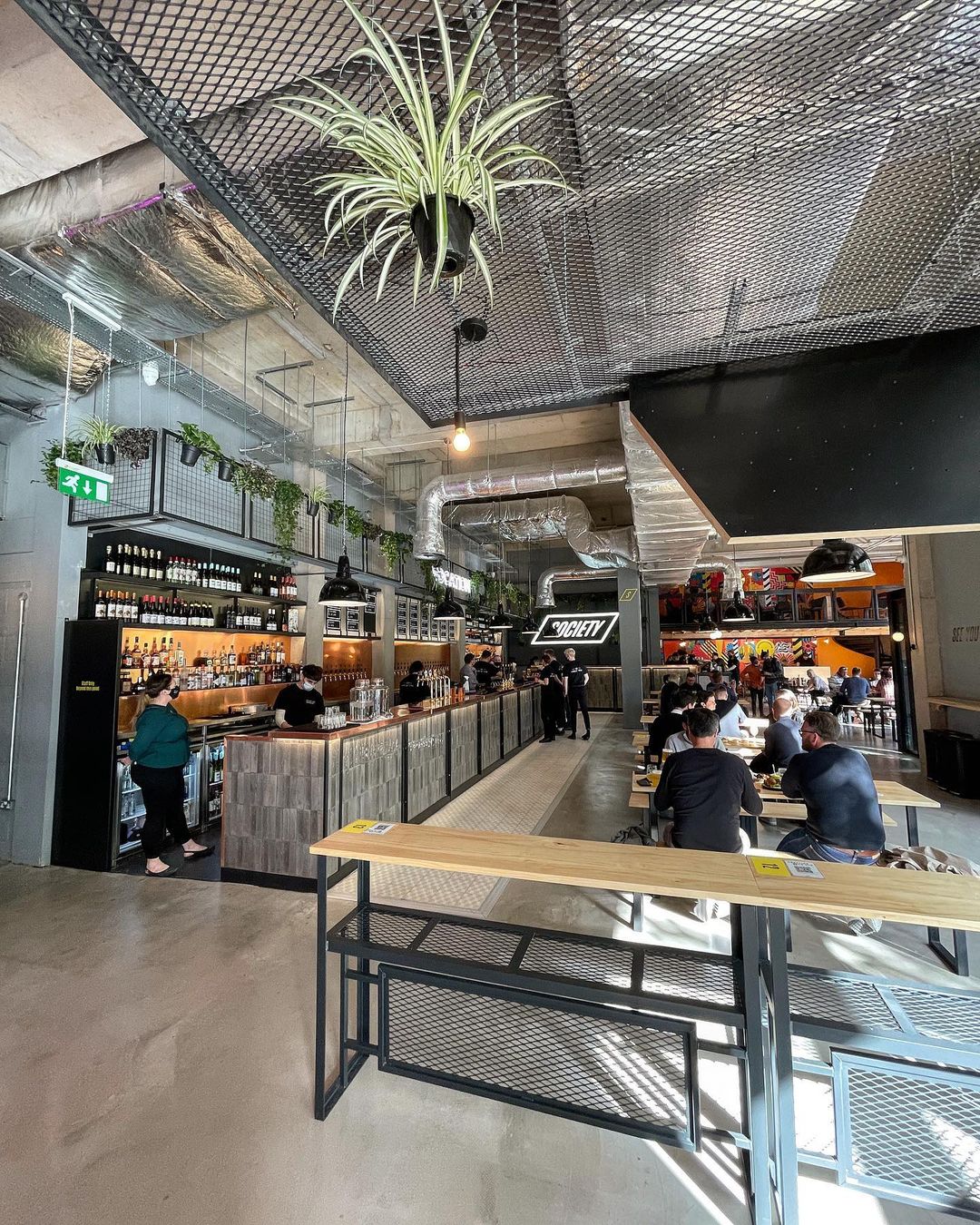 So what can you expect when you visit? Here’s the lowdown on the operators at the heart of this exciting new city centre destination… 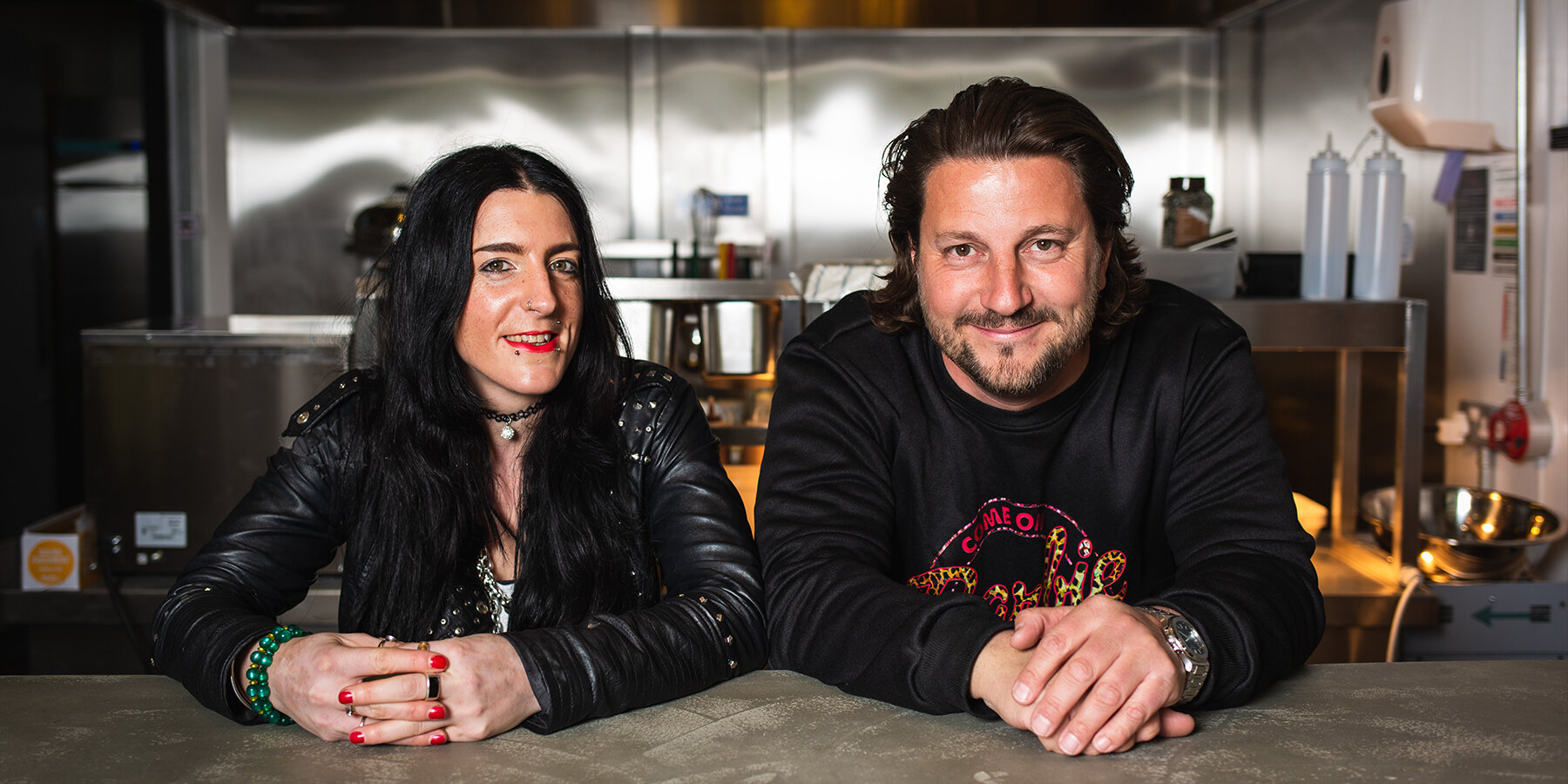 Kicking off back in 2017 in Leeds by street food veteran James Tabor and then-magazine editor Zoe Perrett, Slap & Pickle (amazing name!) quickly established themselves as easily one of the best burgers in the city and beyond.

Well, now they’re here in Manchester to show some of the city’s burger stalwarts how it’s done. They use Swaledale’s fabulous beef in their smashed burgers, many of which are topped with some truly weird and wonderful additions. Also worth noting – everything on their menu can be made vegetarian or vegan – all you need to do is ask ’em! 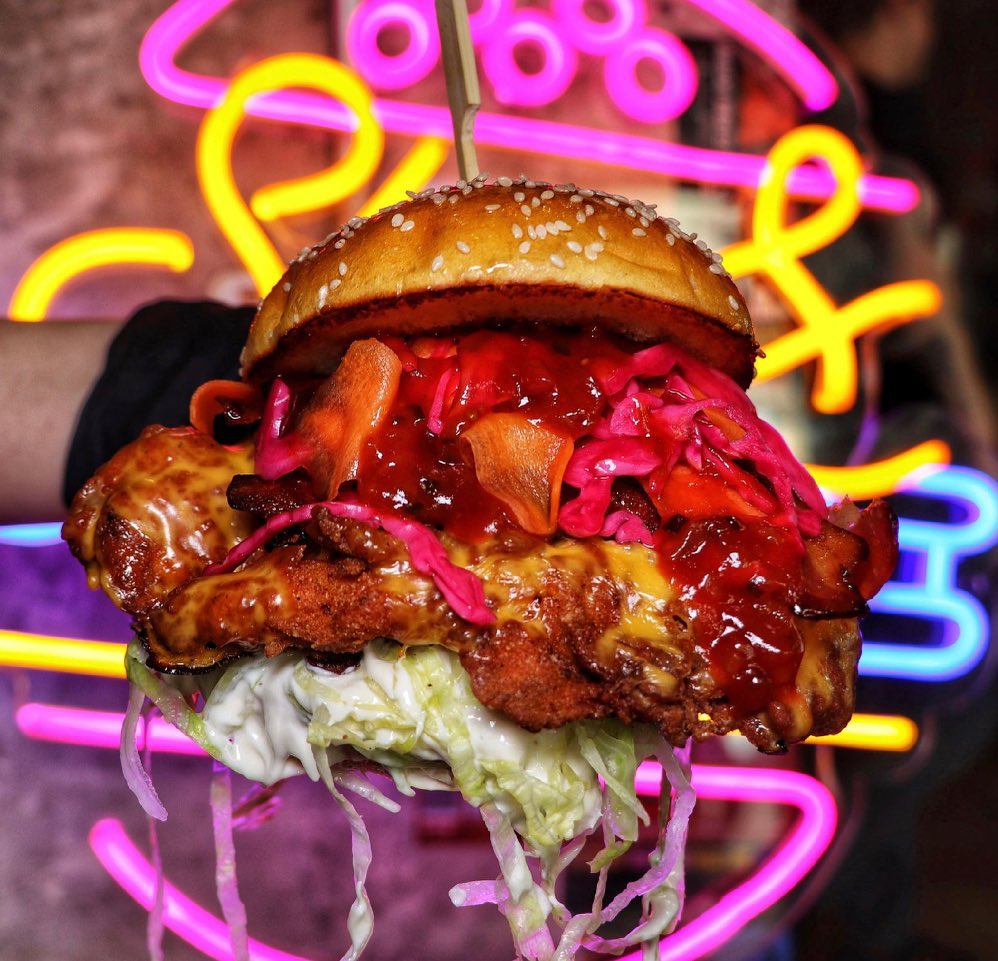 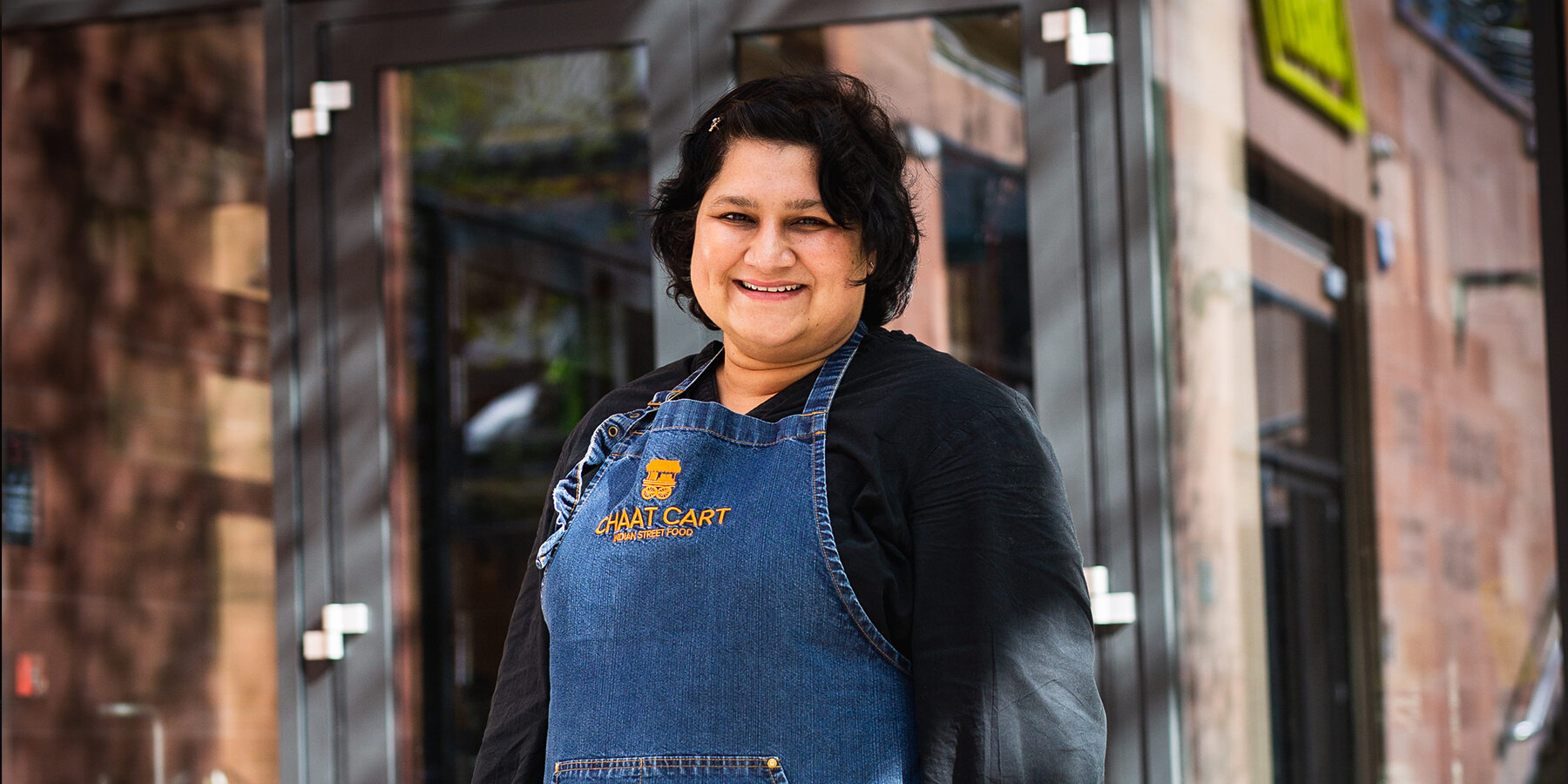 Anyone who has followed the street food scene in Manchester over the years will have heard of award-winning Chaat Cart, and will probably have had chance to tuck into their outstanding Indian dishes.

A family-run enterprise from humble beginnings as a street food pop-up and then a restaurant in Marple, Chaat Cart’s menu features an impressive selection of South Indian delights, all of them influenced and created by chef and food legend Aarti Ormsby. 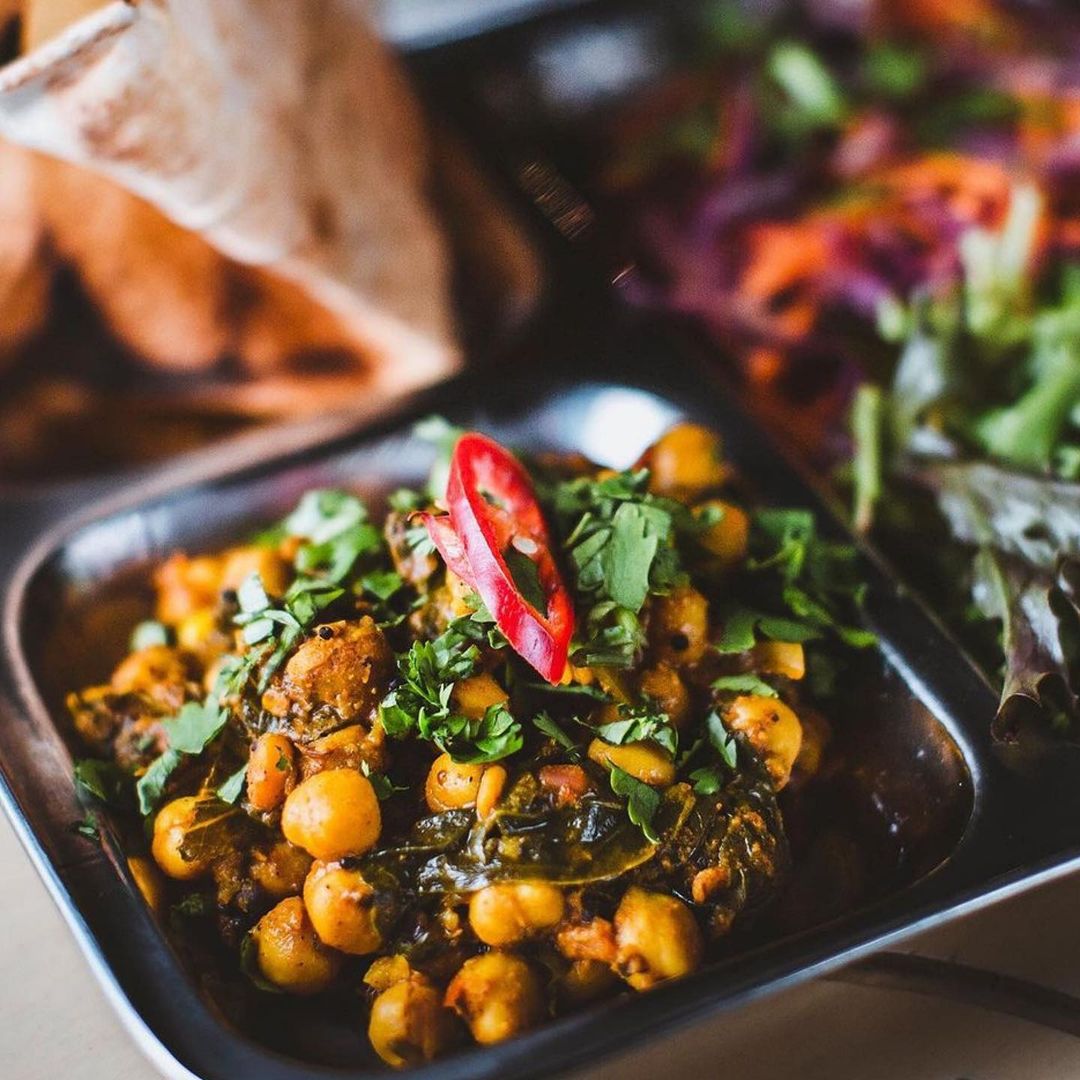 What should I try?
Chicken Kati Roll – Marinated Chicken Thigh, chargrilled and served on a Roti with Sambharo and a selection of Indian garnishes, homemade sauces and chutneys. 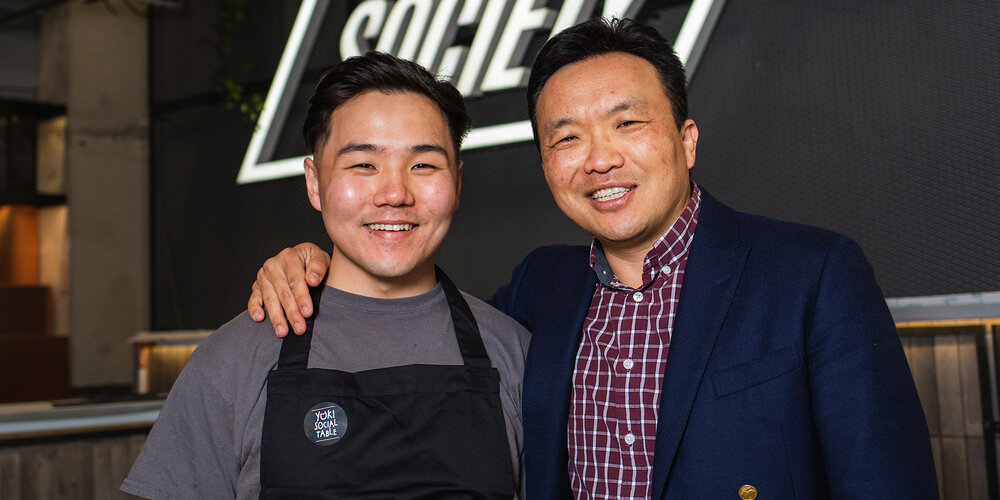 Yoki has two different meanings in Korean; one is ‘here’ and the other can be used when you are hungry, so you might say ‘let’s go for yoki’. Well, you’ll be wanting to go for a ‘yoki’ a lot more now that they’re here at Society – serving up their outstanding Korean Fried Chicken.

Incredible chicken wings, dumplings, Korean BBQ and stuffed Bao Buns – there’s a lot here on the menu – and you can’t go wrong with any of it – especially with a side of their signature Kimchi Pancakes! 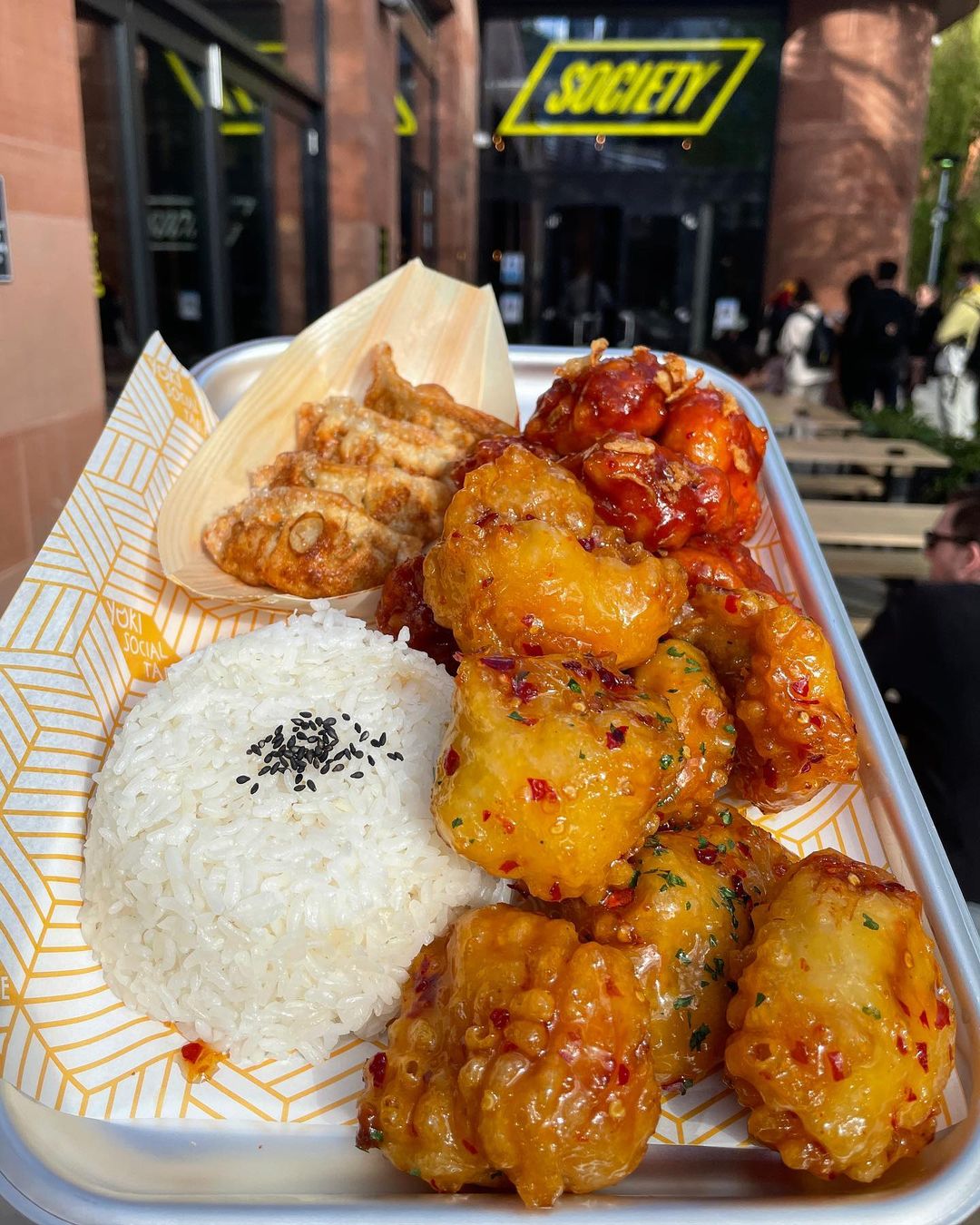 What should I try?
Sweet & Spicy Fried Chicken with Fries & special side of Kimchi Pancakes – absolutely sublime! 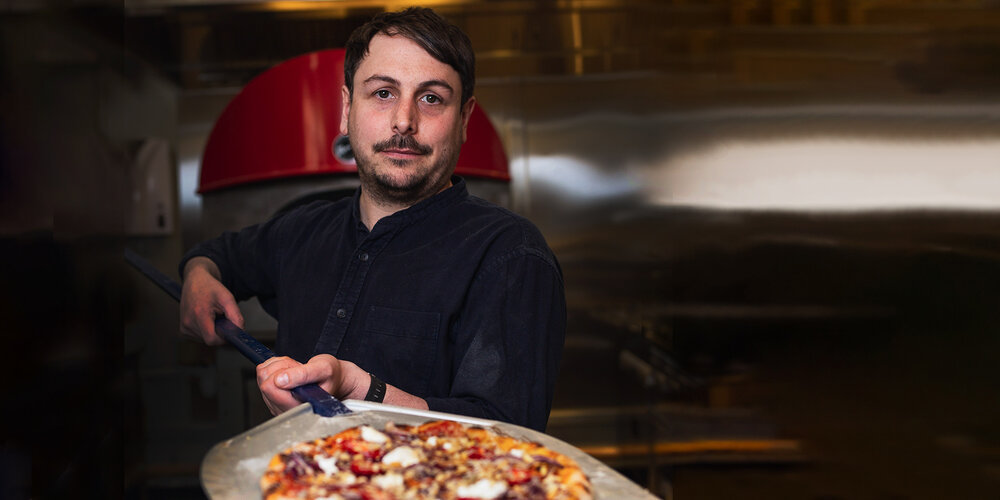 A new concept from the men behind the sublime Elnecot in Ancoats, Michael Clay and Wesley Downham have created Dokes Pizzeria – delicious, seasonal pizzas using the finest British produce. From the tomatoes and mozzarella right down to the flour used in the dough, as much as possible will be sourced as locally as possible.

Clay has worked closely over the past couple of years with British producers at Elnecot, and so has been able to source some truly wonderful produce from across the British Isles, as well as extensively researching pizza, including several trips to Naples, where it all began. 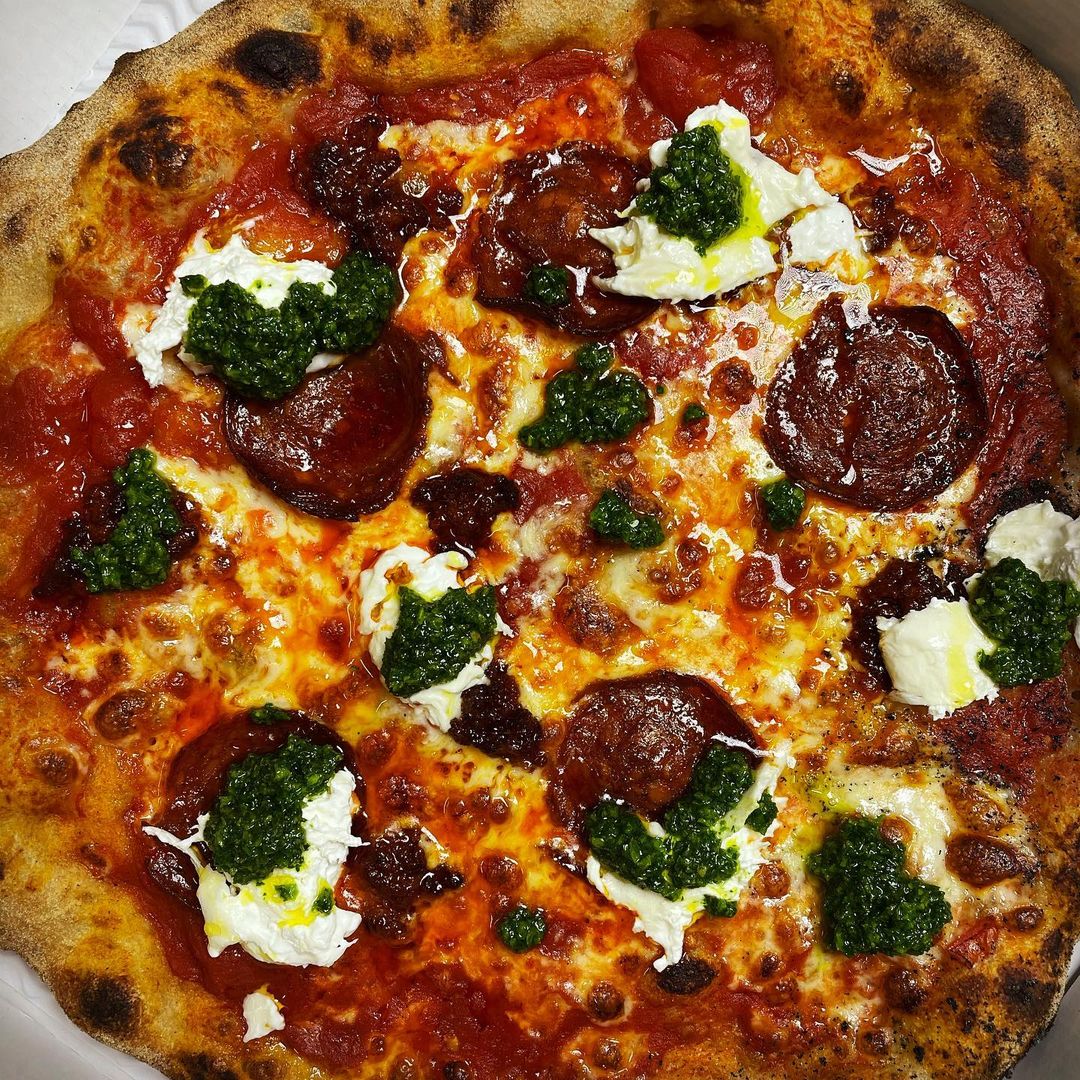 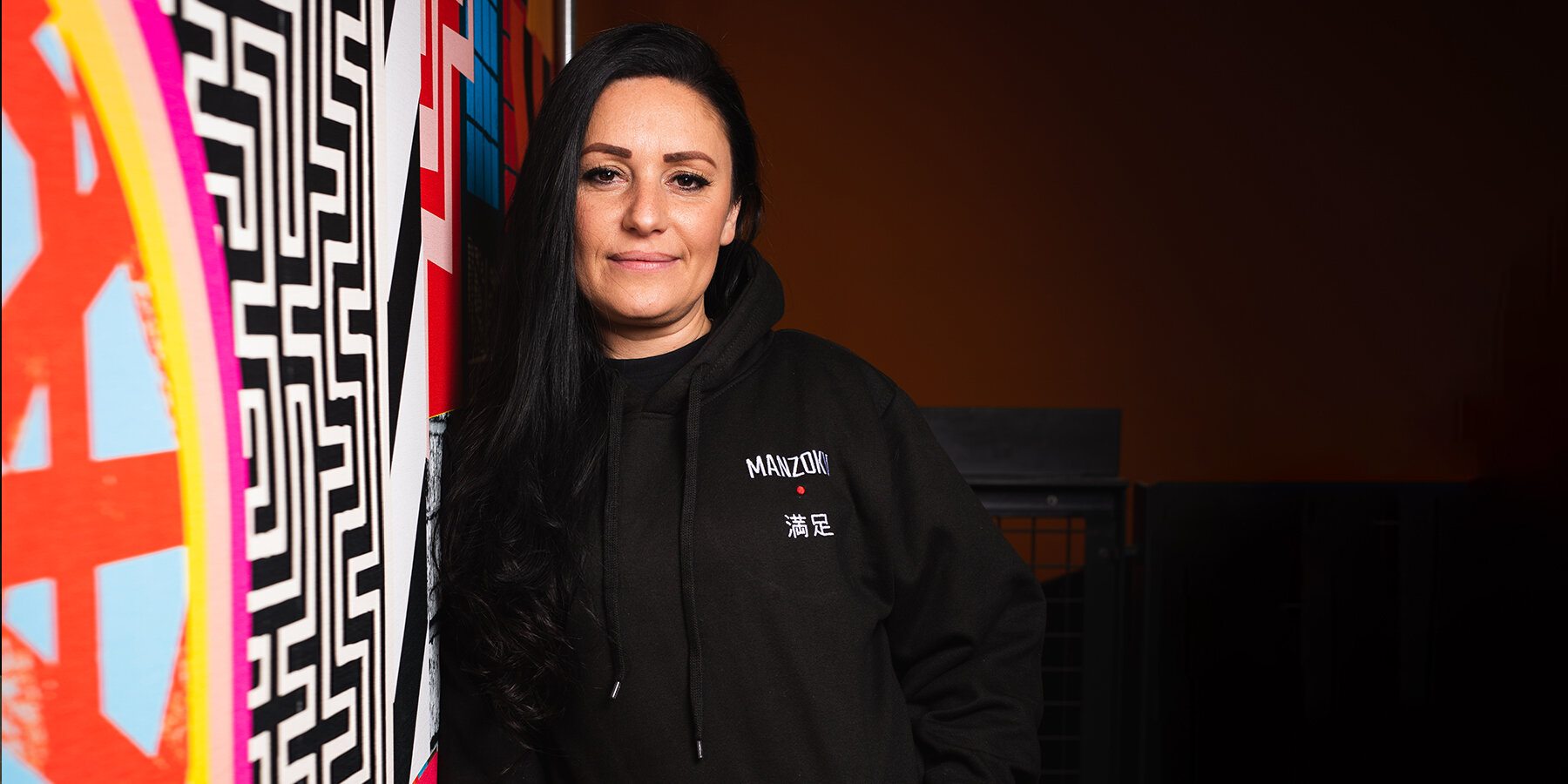 Founded by Gina Greenall over three years ago Manzoku was born from a passion for Asian cooking, taking inspiration from Japan, China and Korea to create an eclectic menu of Far Eastern treats. 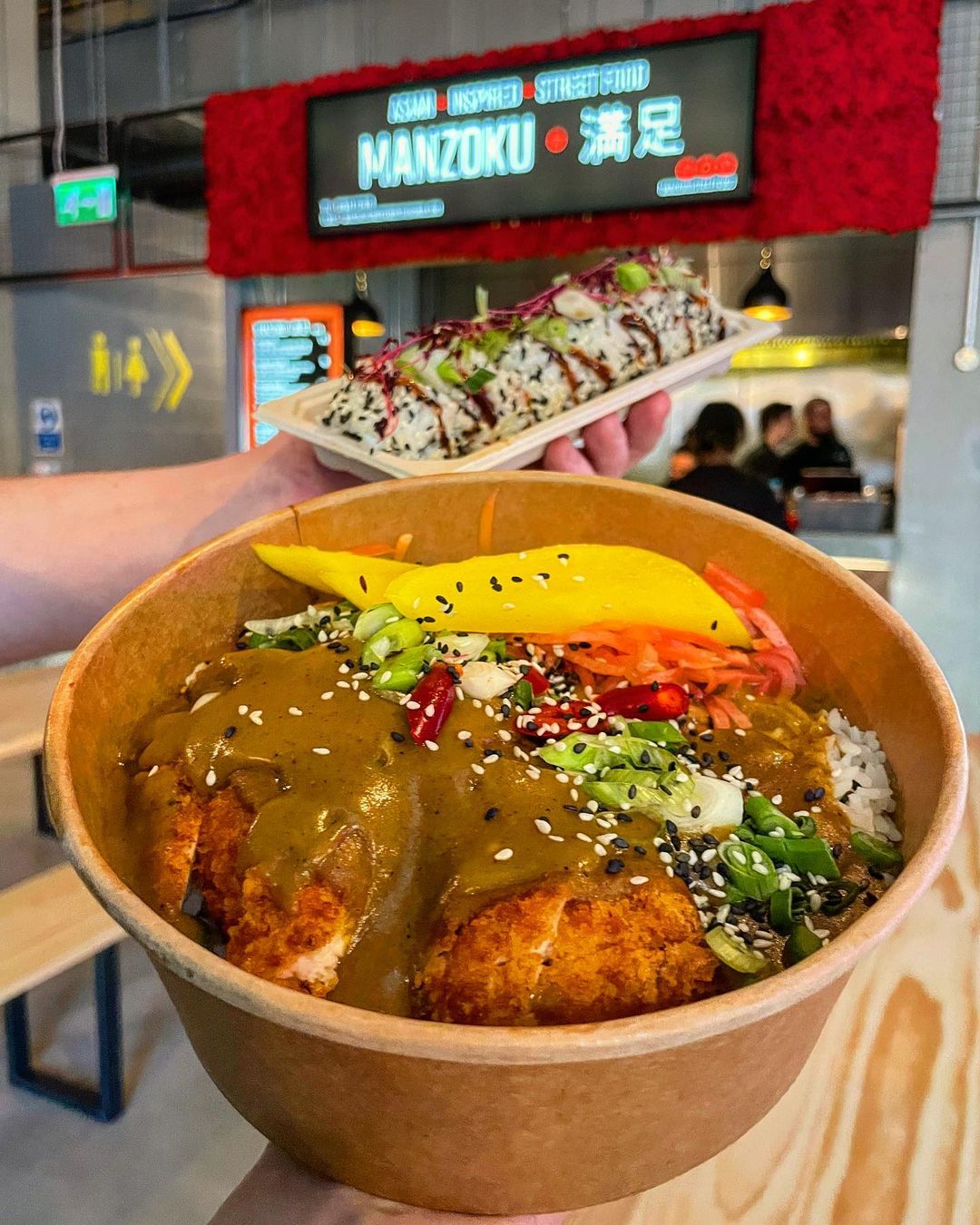 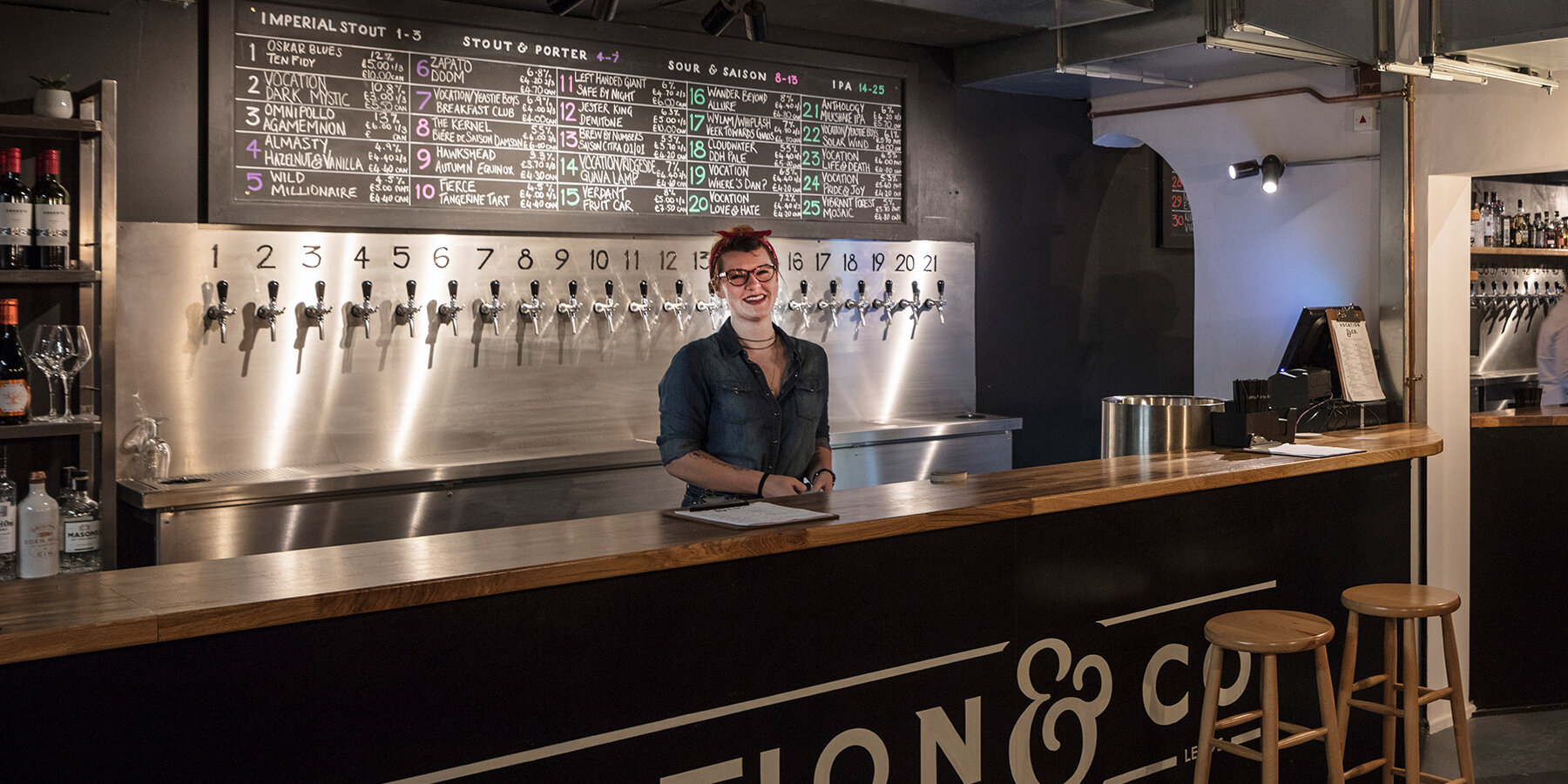 One of the hottest names in craft beer at the moment, Vocation have managed to secure themselves a truly world-class reputation over the last couple of years, and their beers are consistently up there as some of the best on Earth. Not bad for a little brewery tucked away in Hebden Bridge!

They brew bold, hop-forward beers and are well-known for their BIG imperial stouts that will leave you rolling around in a gutter with a huge smile on your face. 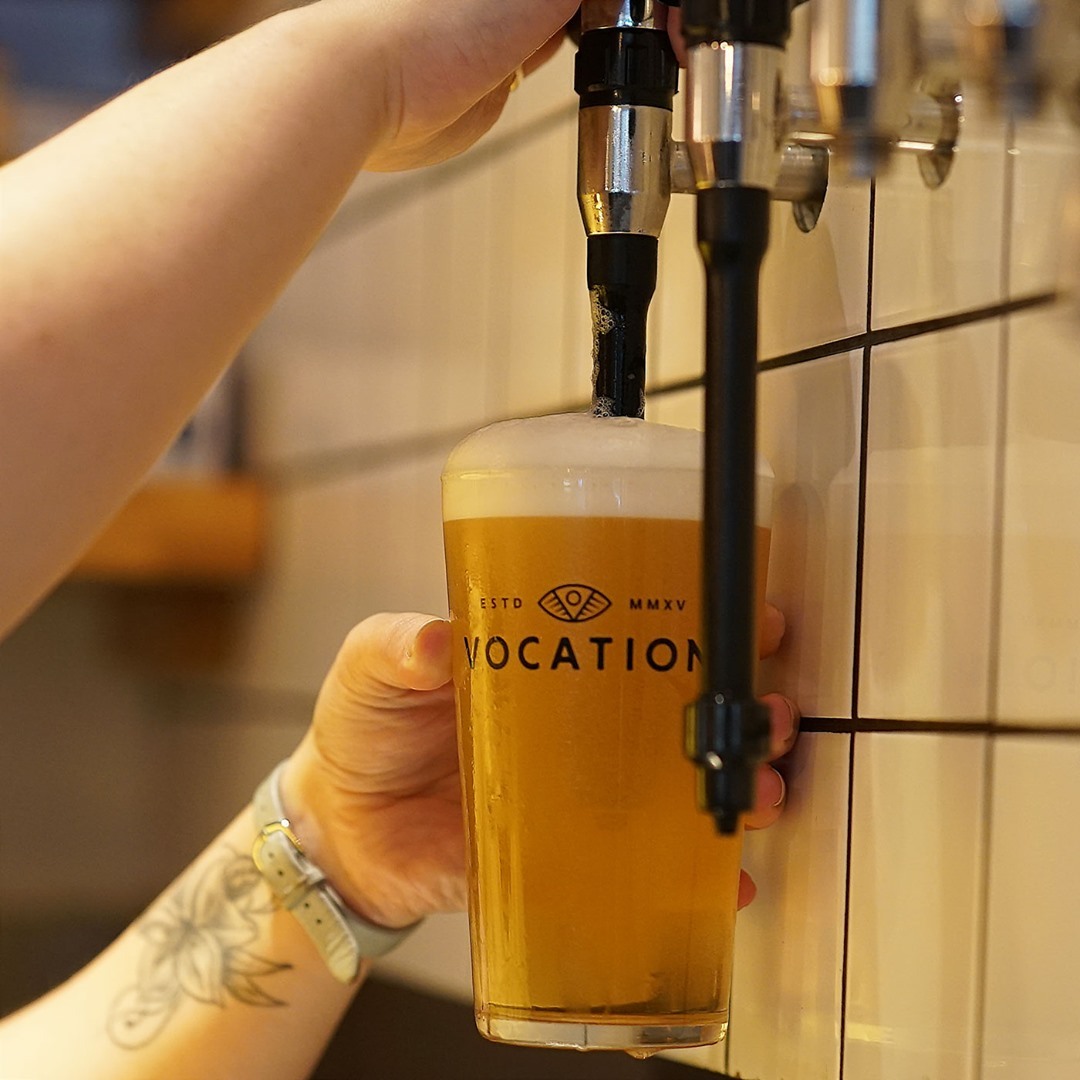 What should I try?
Life & Death IPA – a hoppy wonder of a beer that any self-respecting beer lover should try at least once in their life.

Society is now open 7 days a week for walk-ins

Open from 10am to midday every day for coffee only