The new releases and unheard tracks that will see proceeds go to various funds and charities. 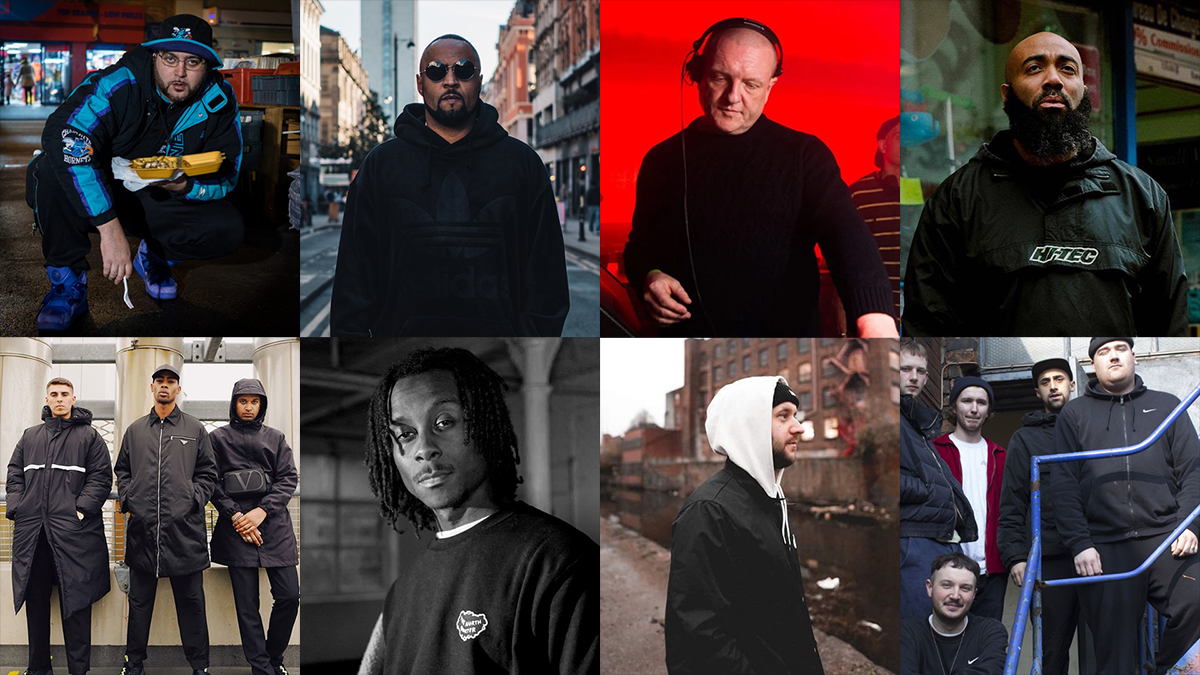 Many musicians in Manchester have turned to their social outlets recently to express their grief and rage, asking their following to support the Black Lives Matter movement.

Most have provided links to encourage fans to donate directly and many others have used their platforms on Bandcamp to send proceeds, profits or sales to various Black Lives Matter causes. 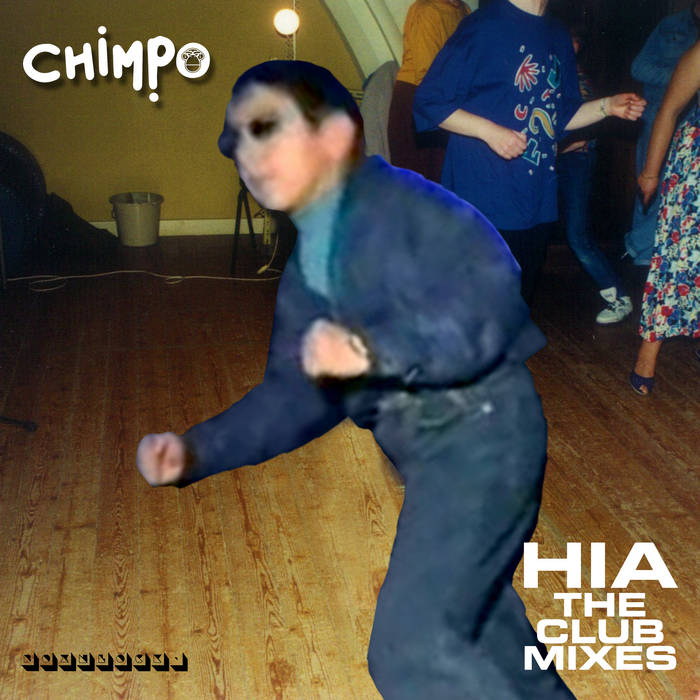 After releasing his amazing debut album ‘HIA’ at the end of April, Chimpo followed this up with an EP of remixes recently. In a recent statement on his Instagram account he says he “didn’t post about it cause it didn’t seem appropriate in the middle of people addressing all this injustice” and that he will now be donating all money made from the remixes project until 6th July to appropriate fundraisers. He’s already donated to the People’s Breakfast Oakland Bail Relief Fund and Northern Police Monitoring Project.

Chimpo has also updated the link in his Instagram bio to wecreatechange.co.uk a website which helps everyone stand together in the fight against racism and injustice that black people face every day, listing all the ways individuals can help.

HIA [The Club Mixes] is available on Chimpo’s Bandcamp for album £4 here. 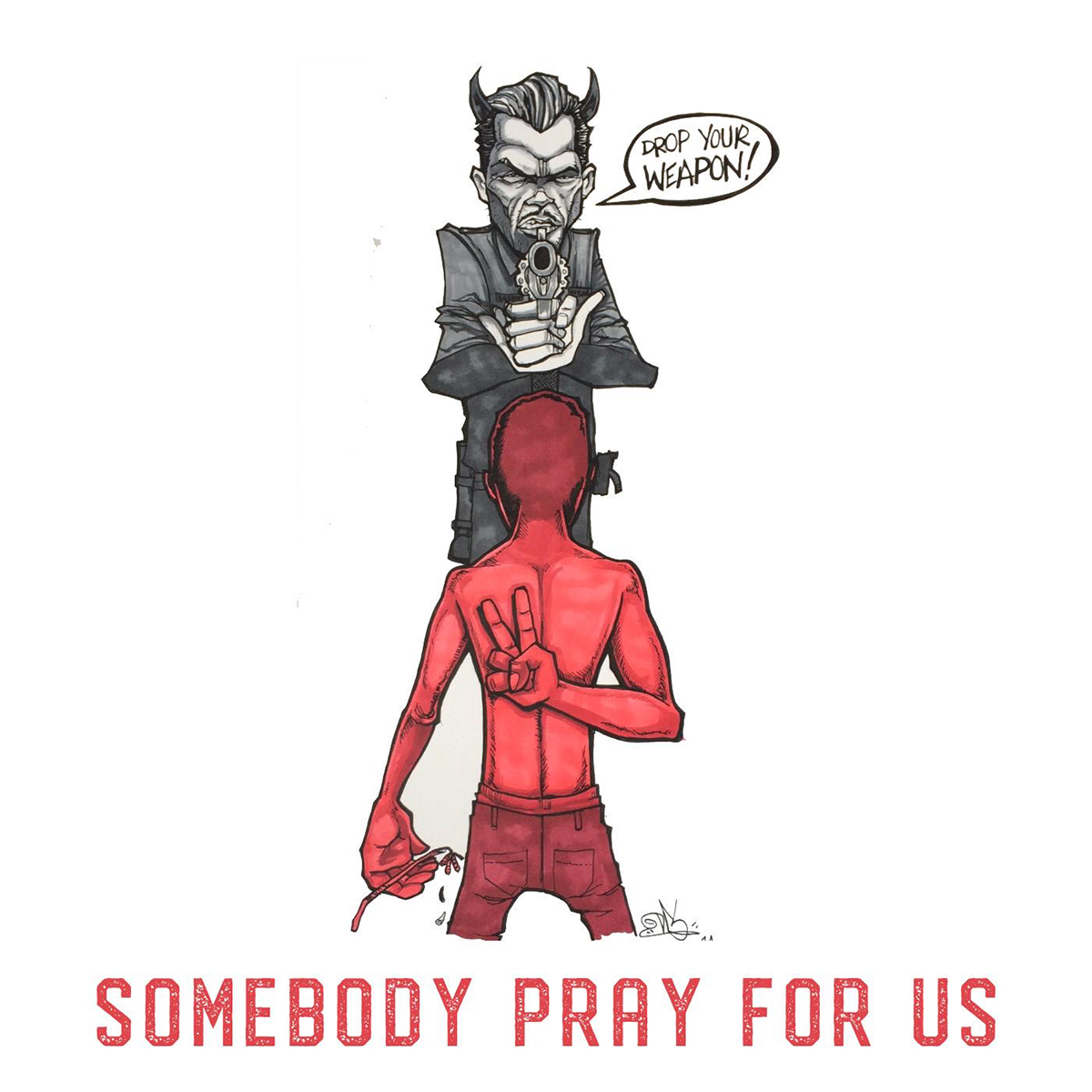 Over a year ago DRS recorded a song titled ‘Somebody Pray For US‘. The song addresses the feeling and fear people of colour face, demonstrating then and now that this is something that has been bubbling for lifetimes.

The song was inspired by a Donald Trump speech about knife crime in London, a speech that is sampled at the beginning. As DRS started writing, it evoked the pain and frustration bringing the track into a new meaning.

DRS says: “This isn’t a battle for black and white this is a battle for the human race and by not joining the call to fight you are choosing the side of the oppressors by default.”

All proceeds from the track will be donated to Minneapolis and other civil right funds.

Buy DRS – Somebody Pray For Us 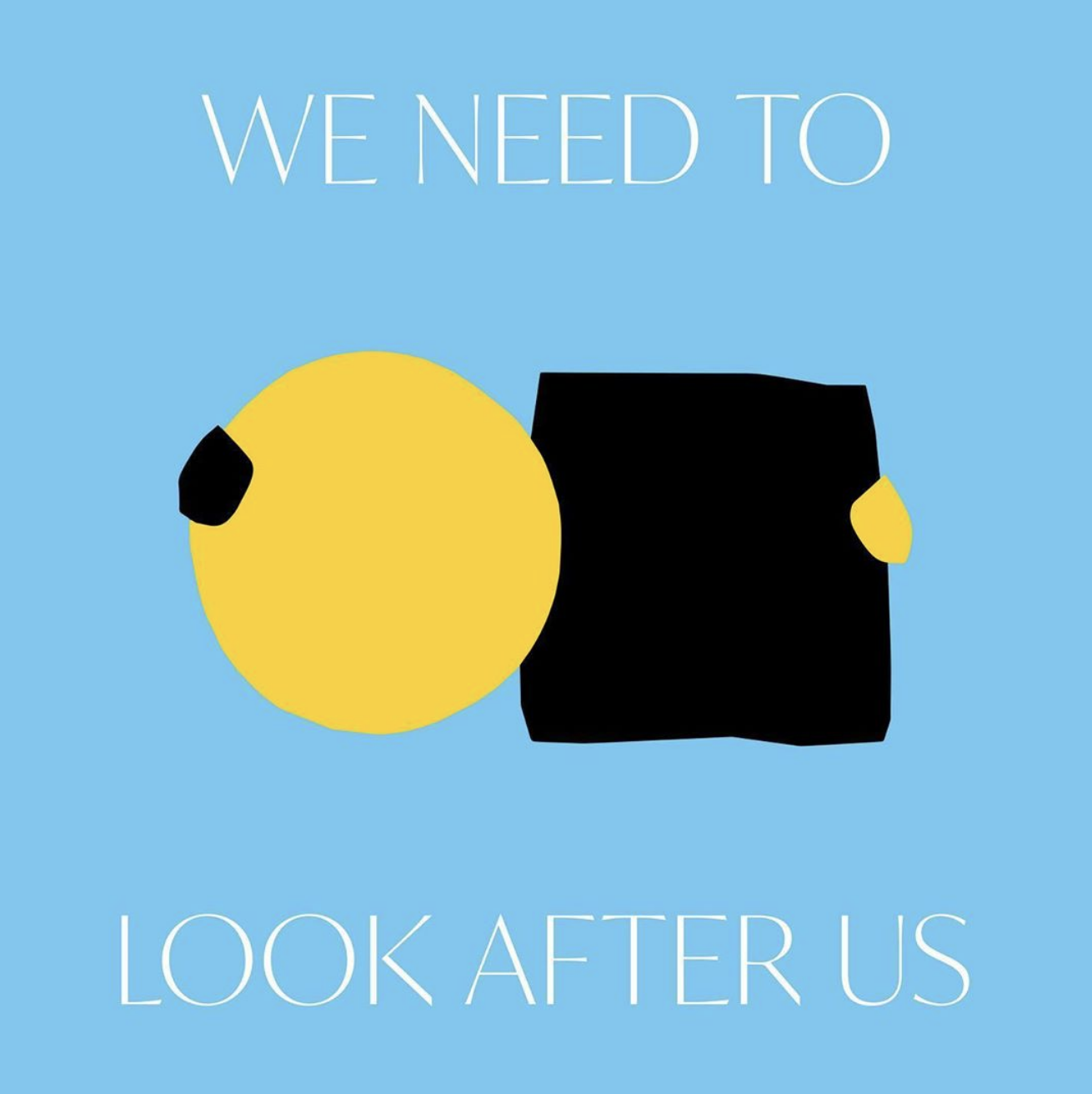 Adopted Manc, Murkage Dave has teamed up with London Grime artist, Manga Saint Hilare, for ‘We Need To Look After Us’, a 10-track album available on Bandcamp for £7 – all proceeds and donations going to Black Minds Matter UK.

Black Minds Matter UK is an organisation that connects black individuals and families with free professional mental health resources in the UK. 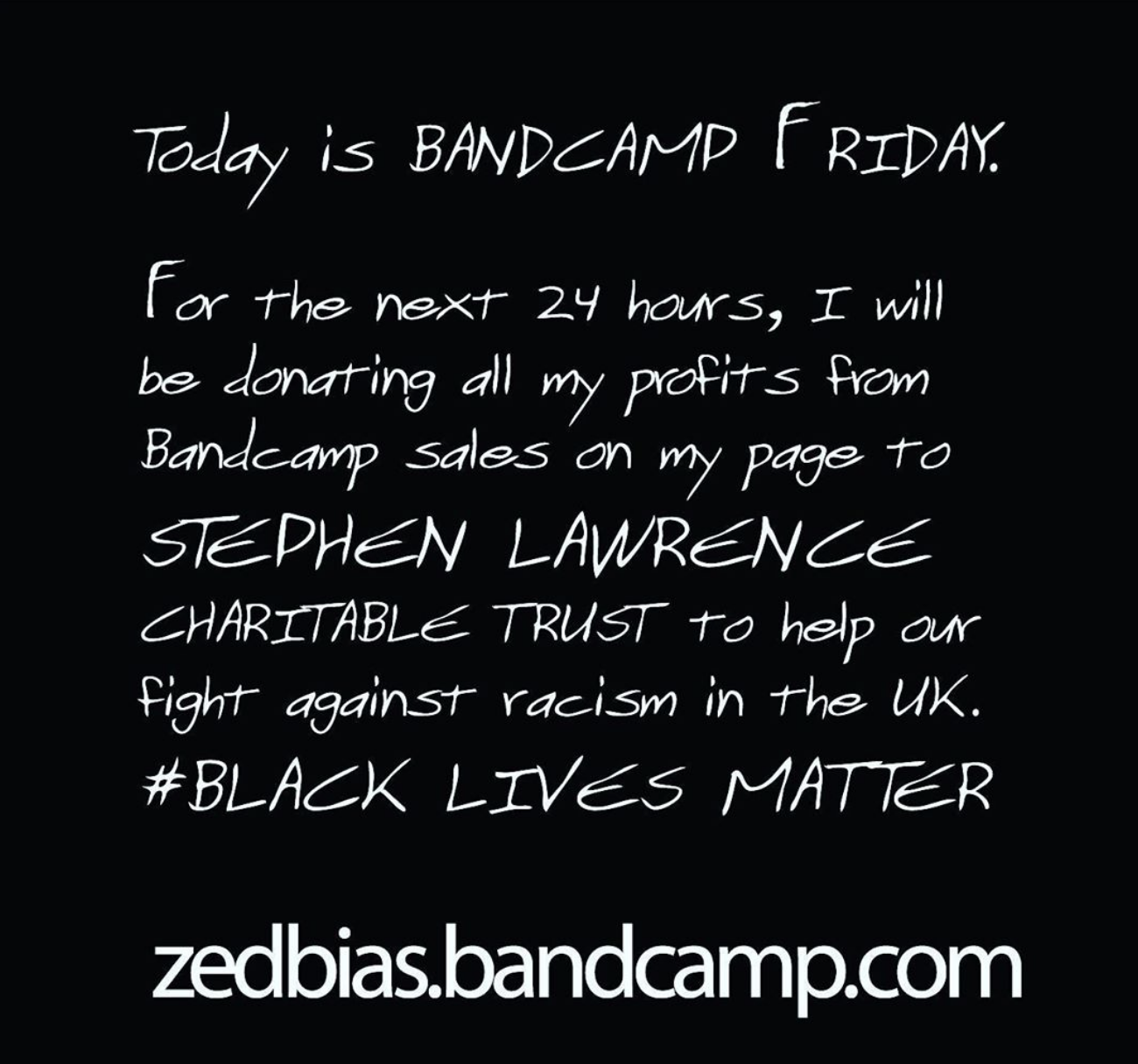 For 24 hours on 5th June, Zed Bias donated all of his Bandcamp sales to the Stephen Lawrence Charitable Trust to help fight against racism in the UK. He also added the sale of ‘I Feel Good Good Good’ merch tees to the cause and gave out a free Zed Bias LP as a token of his appreciation.

A day later, he took to his Instagram to announce “together we raised £637.37 in 24 hours” for the Stephen Lawrence Trust.

A Very small number of the limited edition t-shirts are still available (with proceeds still going to the Stephen Lawrence Charitable Trust) which you can purchase here. 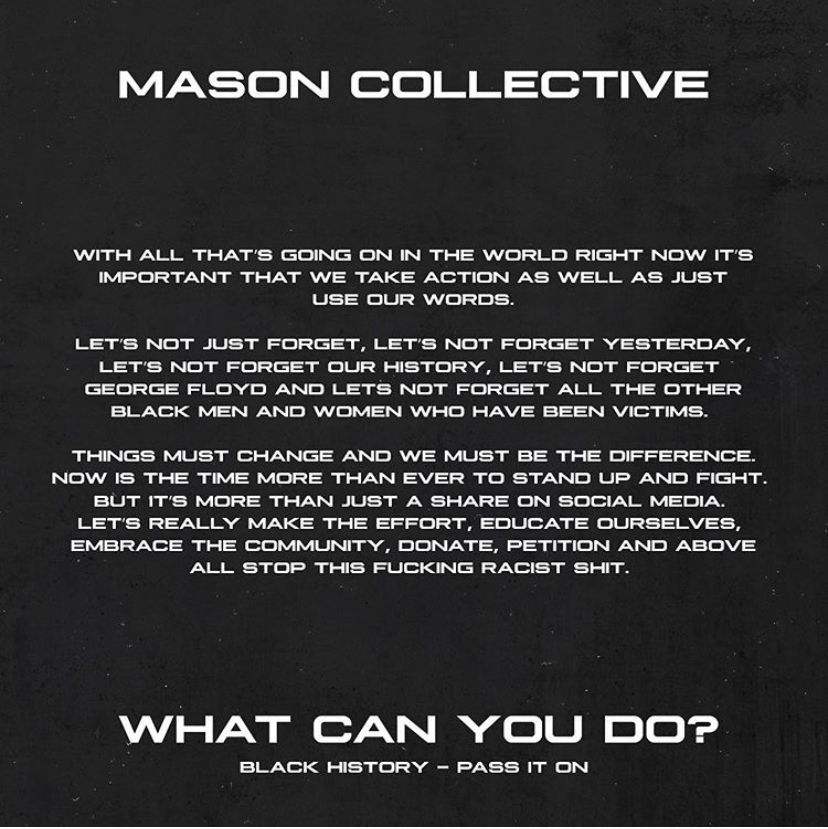 Mason Collective dropped ‘What Can You Do’ last Wednesday on Bandcamp and are donating all the proceeds to Black Live Matter charities and communities.

Their statement said: “The vocal we used is from a moving piece on black history signifying its importance in passing it on. With all that’s going on in the world right now it’s important that we take action as well as just use our words.

Things MUST change and WE must be the difference. Now is the time more than ever to stand up and fight. But it’s more than just a share on social media. Let’s really make the effort, educate ourselves, embrace the community, donate, petition and above all stop this fucking racist shit.”

The Hideaway Youth Project is based in Moss Side and helps young people realise their potential, build self-esteem and feel happy, accepted and confident about their future goals and aspirations.

Buy Mason Collective – What Can You Do 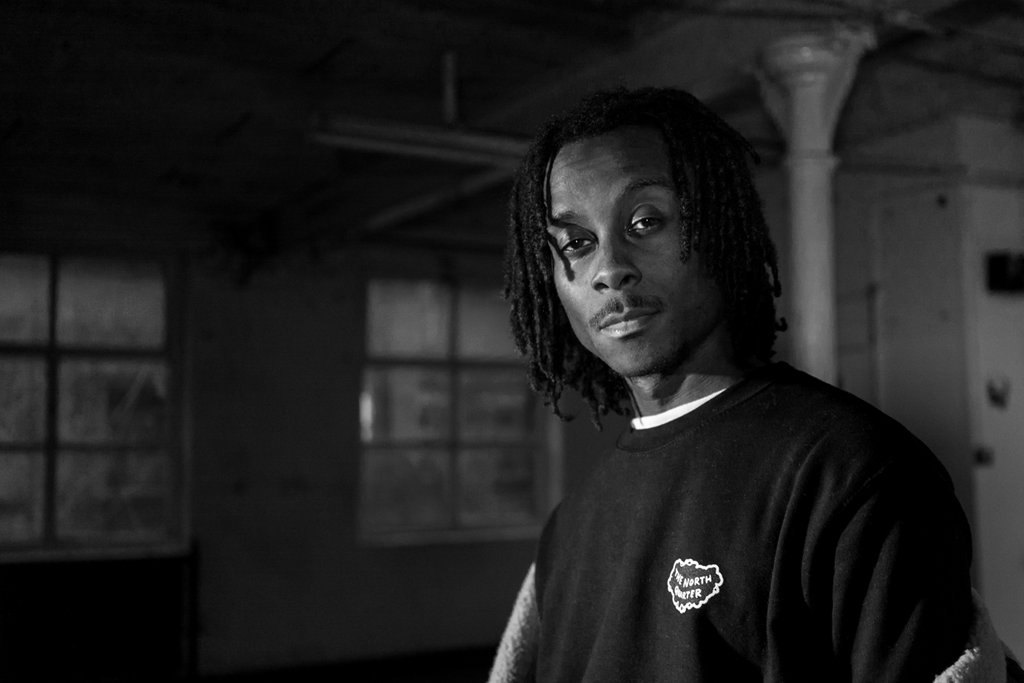 Just as lockdown started to really kick in, Finest favourite, Abnormal Sleepz blessed us with his ‘Isolation Pack #001’ a selection of unreleased songs including ‘Wavey Dave III.’ He dropped it on his birthday as a “little something to keep us going.”

Until the end of the month, this and all his other amazing projects on Bancamp including his album Kaleidoscope will see all proceeds go to NAACP. 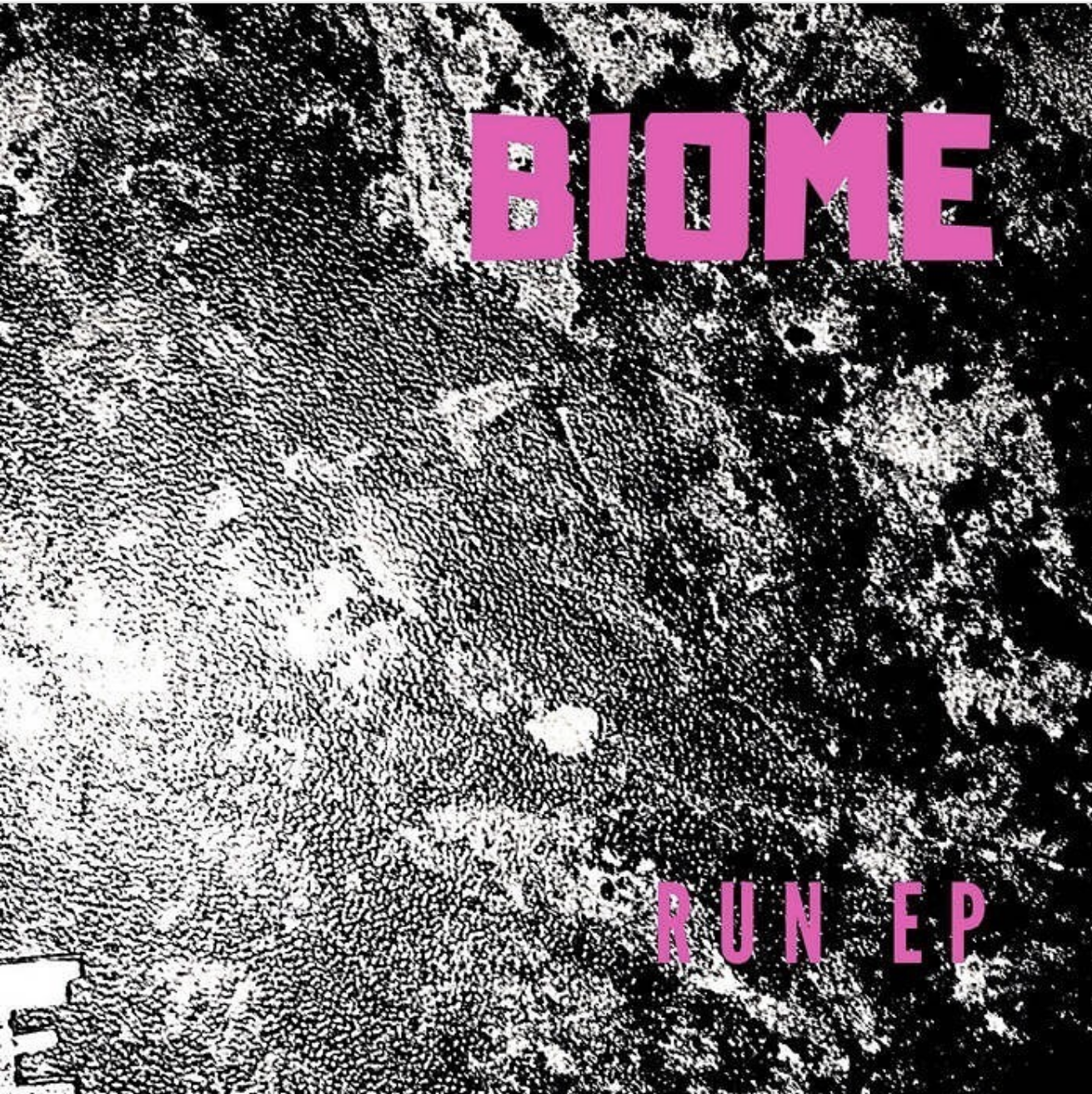 Manchester producer, Biome released a new EP entitled ‘Run’ on Friday and has announced that 25% of the profit of each sale will be going to the Black Lives Matter UK fundraiser indefinitely. The album is £4 on Bandcamp.

Prior to this release Biome also took to Instagram with a statement that expressed his feeling during these times, stating “You should be angry no matter what race you are! Injustice happens far too often. Hatred of all kinds is something that’s taught not something anyone’s born with.

Education will always be the key but we can’t wait for each generation to become more tolerant. It’s shocking that this still happens but strangely not a surprise and that’s what’s wrong, the attitude and normalisation of it all.

This can’t just be a trend it’s a global feeling that needs to be kept going until these things either don’t happen or are at least not seen as normal. The world isn’t perfect and never will be but we’re the ones gifted with a conscience let’s do better” 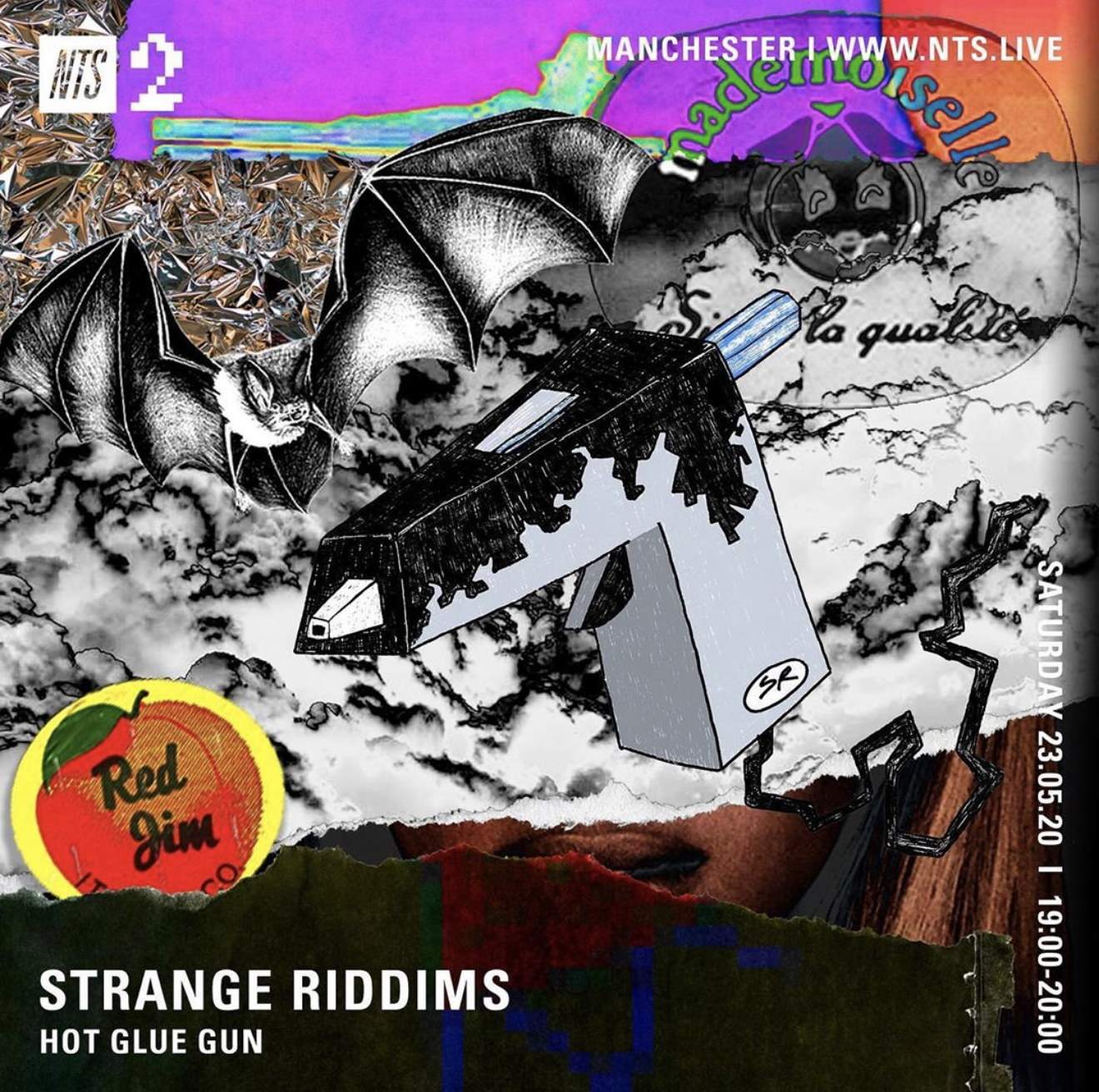 Strange Riddims have released a new album that connects the dots between nostalgic 00’s pop, cult classics and contemporary club music. The project is entitled ‘Hot Glue Gun Vol. 1’ and all proceed on their Bandcamp from the project will be going to Stop Hate UK.

A recent statement from the group reads: “Silence is violence. What we do is inherently Black and to remain silent about issues of racism is to contribute to the oppression of minorities.

Please donate what/if you can, if not to us then to any other organisation that is working to right the wrongs of structural racism, oppression and injustices throughout the world.”

They have also added an extensive list of thousands of black artists, producers and labels and their Bandcamp links on this huge google doc sheet here. Strange Riddims are encouraging all of their fans to directly help black artists by using the spreadsheet, to listen, buy and donate wherever possible.

The best things to do in Manchester this week
Music

The best gigs and club nights in Manchester this December