The Whiskey Jar is celebrating 8 long years of Open Mic this week... 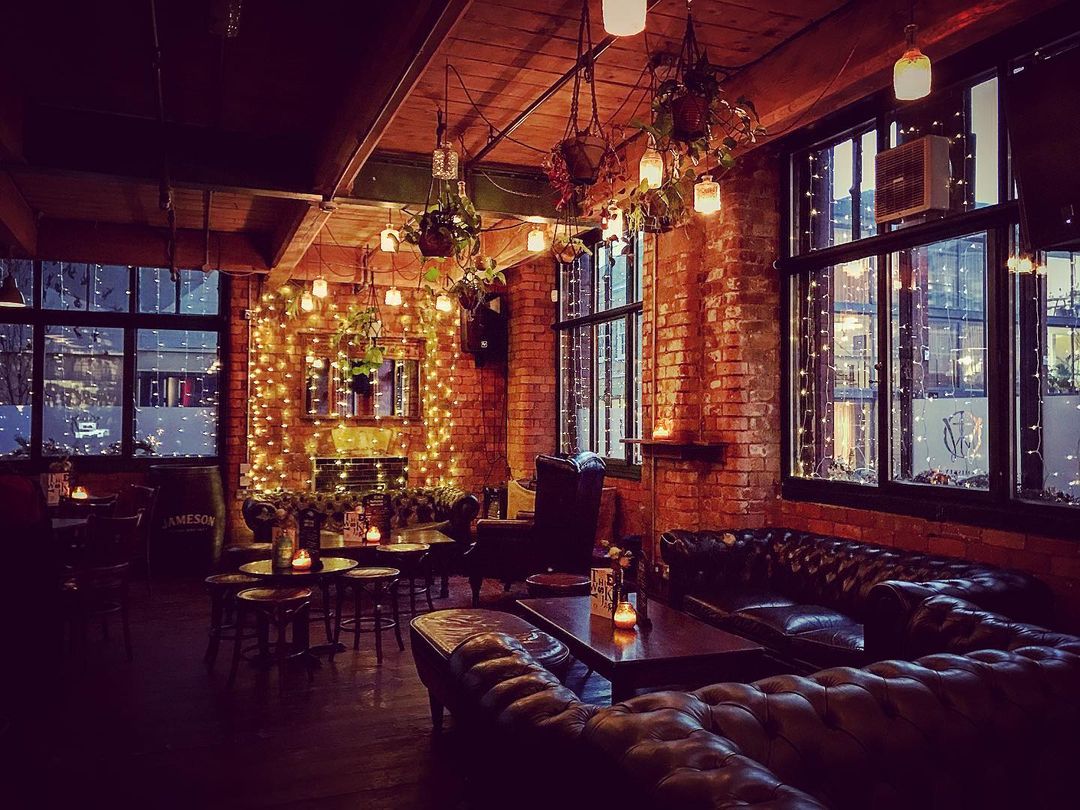 I remember back when I started working for Manchester’s Finest, 4 years ago, and one of my first ever writing bits was on The Whiskey Jar’s Open Mic night. I was certainly impressed with how popular it was, and is still going strong – 8 YEARS since their very first one!

This week sees them celebrate those 8 years in style with three nights of music with over 30 different artists, kicking off this Tuesday 9th – Thursday 11th November. 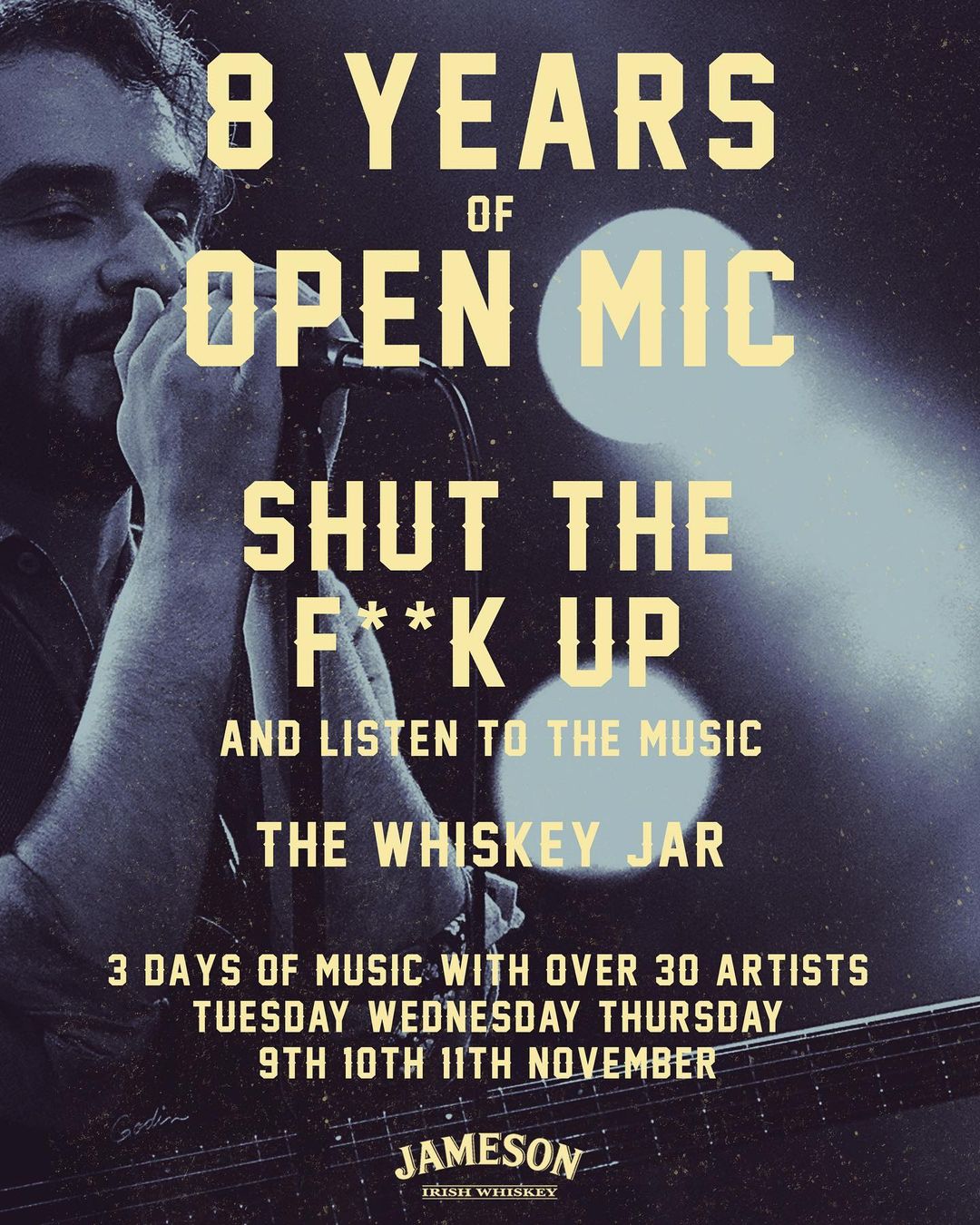 Aptly titled ‘Shut the F**k Up and Listen to the Music’ – this 3-day Open Mic extravaganza is a celebration of everything that has helped make The Whiskey Jar’s events so popular – and have helped build a reputation as one of the best places to see live music in the country.

Not only that, but the last 8 years have provided a proving ground for the region’s best new musicians to cut their teeth in front of an audience – an audience that MUST always be silent. 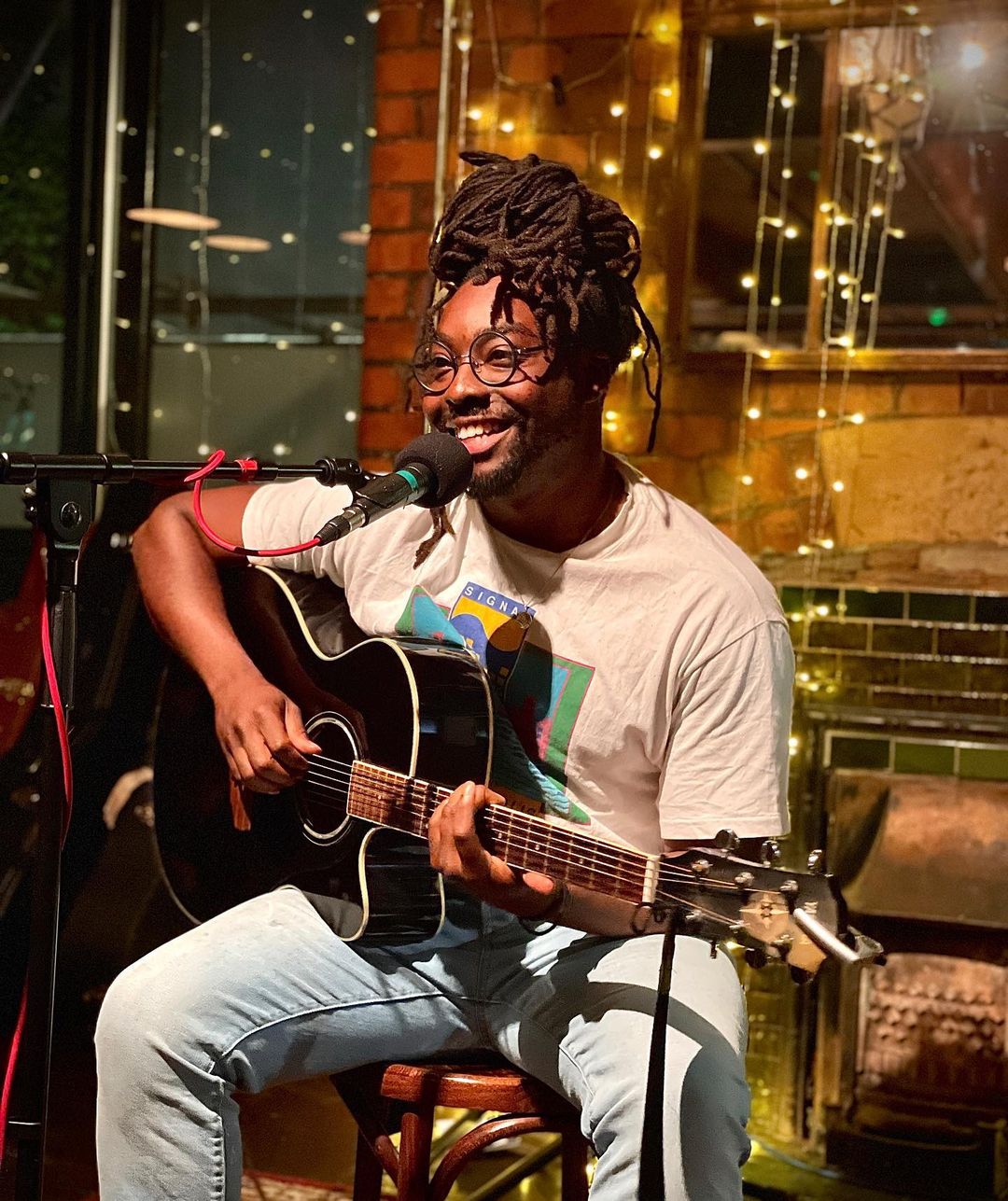 Hosted by Joe McAdam aka ‘Joe Bagpipes’, this ‘silence’ has been cultivated over the years by his insistence that the night is “about music and talking should be left for between performances, or taken outside.”

Never afraid to let you know if you don’t stick to the rules – being told to “SHUT THE F**K UP and listen to the music!” 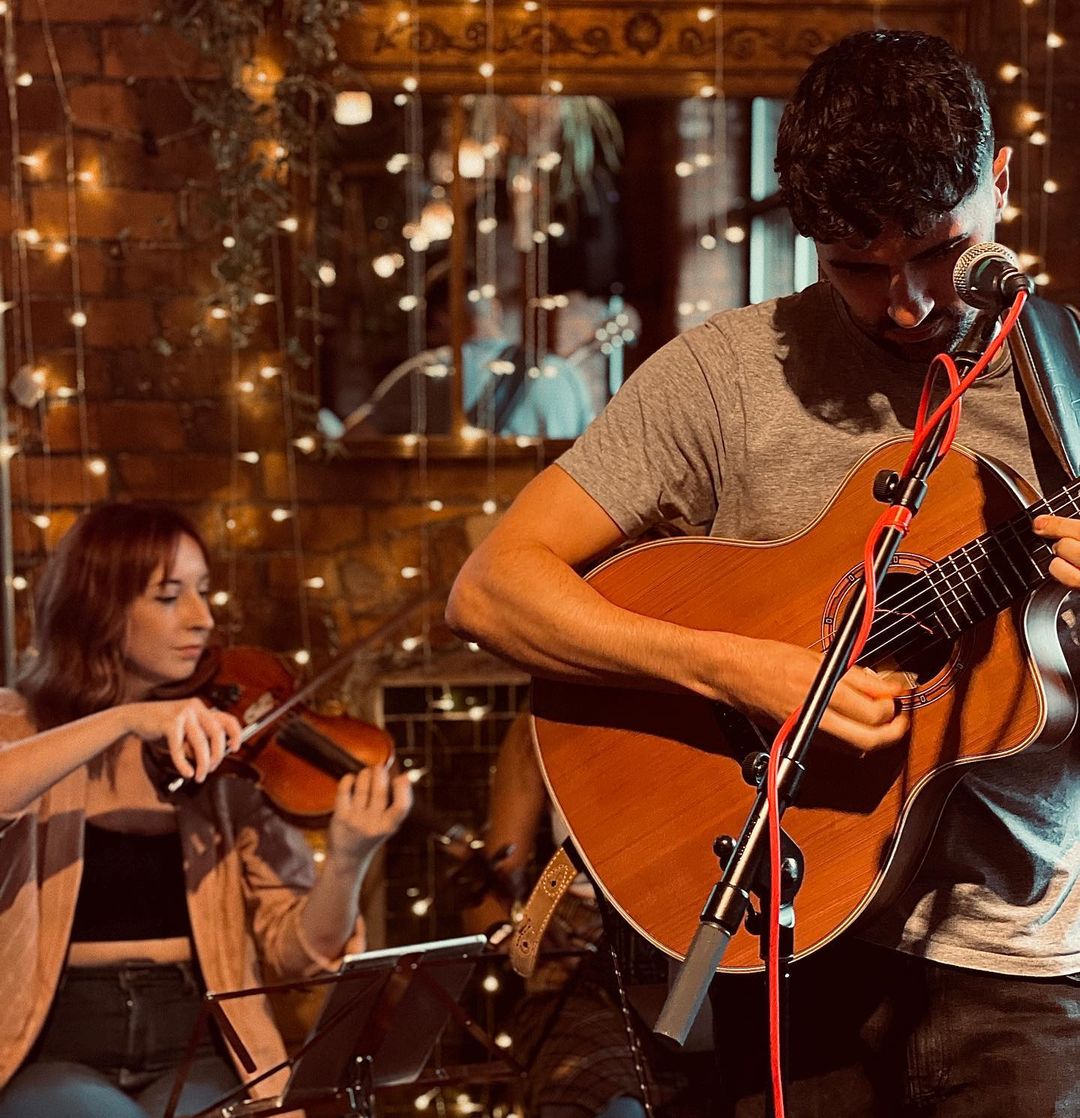 This week will see the music start from 7:30pm on Tuesday, Wednesday and Thursday, with over 30 of the best artists to grace the stage over the last 8 years across the three nights. There’ll be around 6-12 acts playing each night with a small interval in between for customers to get a cocktail or a drink.