It all kicks off at Manchester Academy.

Reggae legends Sanchez and Barrington Levy, have announced a set of UK live dates for next year,
which will see them performing a show at Manchester Academy on Friday 21st February.

Jamaican singer-songwriter and producer Sanchez has produced a number of hit singles such as ‘One In A Million’, ‘Fall In Love’, ’Missing You’, ‘I Care For You’ and ‘Never Dis Di Man’ throughout an illustrious career that spans decades.

One of Jamaica’s most popular musical exports, he has a huge international fanbase which has seen two of his albums reach the top 15 of the US Billboard Reggae Album Charts.

Jamaican Reggae and Dancehall artist Barrington Levy has been making waves on the music scene since the late 70s.

Best known for tracks such as ‘Shine Eye Girl’, ‘Wicked Intentions’, ‘When You’re Young and in Love’ and ‘Under Mi Sensi’, he has had major crossover tracks such as ‘Here I Come’ and ‘Tribal Base’ (his collaboration with Rebel MC and Tenor Fly’) hit the Official UK Charts, collaborated with acts such as Snoop Dogg, Bounty Killer and Mr Vegas – and his album ‘Acousticalevy’ was nominated for a Grammy Award for Best Reggae Album in 2016.

With both acts being trailblazers not just on the Reggae scene but the music scene at large and having a long back-catalogue of classic, fan-favourite tracks that have truly stood the test of the time, this is a tour not to be missed! 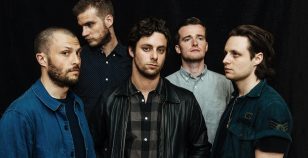