24-year-old Naeim Alnajjar will be attempting to beat the Guinness World Record for the longest human beatboxing marathon.

Naeim, who is known under his artist name ‘Madz’, will be trying to beat the current record of 25 hours and 30 minutes held by Peter Wehrmann in Germany in 2012.

The record attempt will be livestreamed at TriBeCa Manchester on Friday 26th March, where Madz hopes to beatbox for a total of 30 hours to secure the record.

Madz, who was running an Open Mic Night once a week at TriBeCa, hopes to use the attempt to raise funds for the venue which has remained closed due to coronavirus.

“I want to raise funds for the arts and businesses affected by lockdown. It’s also a good challenge for me to encourage and educate people about my art forum.”

Naeim and his father escaped the life-threatening chaos of civil war in a hurried flight from Damascus to London in 2012.

From there, they eventually ended up in a house in Openshaw, where they were granted refugee status.

Madz first learnt about beatboxing back in Damascus aged 14, where some friends would make beatbox sounds without knowing what it was called. In the UK, he started watching YouTube videos and taught himself. 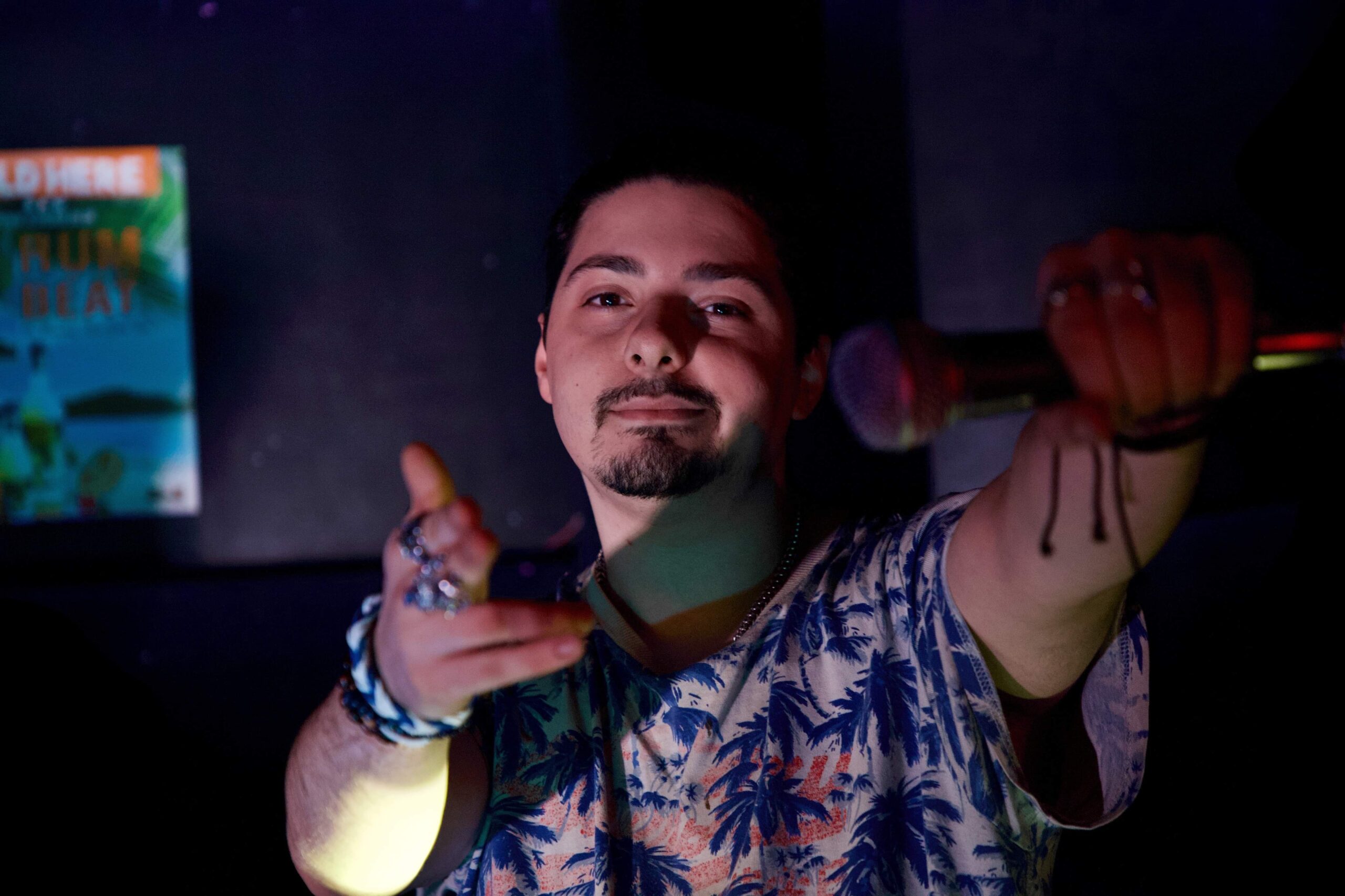 “I’ve been beatboxing for 10 years now, I started doing it as fun home hobby, then it developed into a full time job busking on the streets around the UK & Europe and teaching it in schools for the last 5 years.”

Madz hopes to raise money throughout the 30 hour livestream through donations and support from the public.

“I want to raise money because I want to help if I can, it’s also in memory of my mum who passed away from Covid-19 complications in late last year.”

The donations would be a welcome help towards the mounting bills of TriBeCa Manchester, where Madz will be making his world record attempt.

TriBeCa has received little to no funding as a result of its business closure due to COVID-19 restrictions which started in March 2020. The unoccupied costs of the the building are £10,000 a month, and with the business being closed these debts are piling up for owner Hazel O’Keefe.

Although Madz is used to beatboxing for long periods of time, this will be his biggest attempt yet. The Guinness World Record guidelines state that he can take a 5 minute break every hour.

“I am planning to do 8 hours at a time then take my break times in one go, with support of TriBeCa family I am quite confident we will make it!”

The record breaking attempt will be live-streamed from the TriBeCa Manchester Facebook page on Friday 26th March from 12pm and donations can be made at:

The Totally Unique Toasties bringing some life back to Deansgate