ZZ The Pharaoh has released the visuals for ‘Years’, the first single from his forthcoming debut album.

Following the release of four EPs under his previous alias Zz, The Slept On, ZZ will release his first proper album ‘The Conception Drive’ in April 2021.

The track ‘Years’ was inspired by the relief that was met with 2020 coming to an end – “It’s really been a mad year but definitely glad here” – as well as an expression of his achievements and accomplishments over the course of the year. From securing a partnership with ASOS for his lifestyle clothing brand usedtotherain. to curating the first hip-hop show in the rainy city since lockdown and selling out his second headline show. 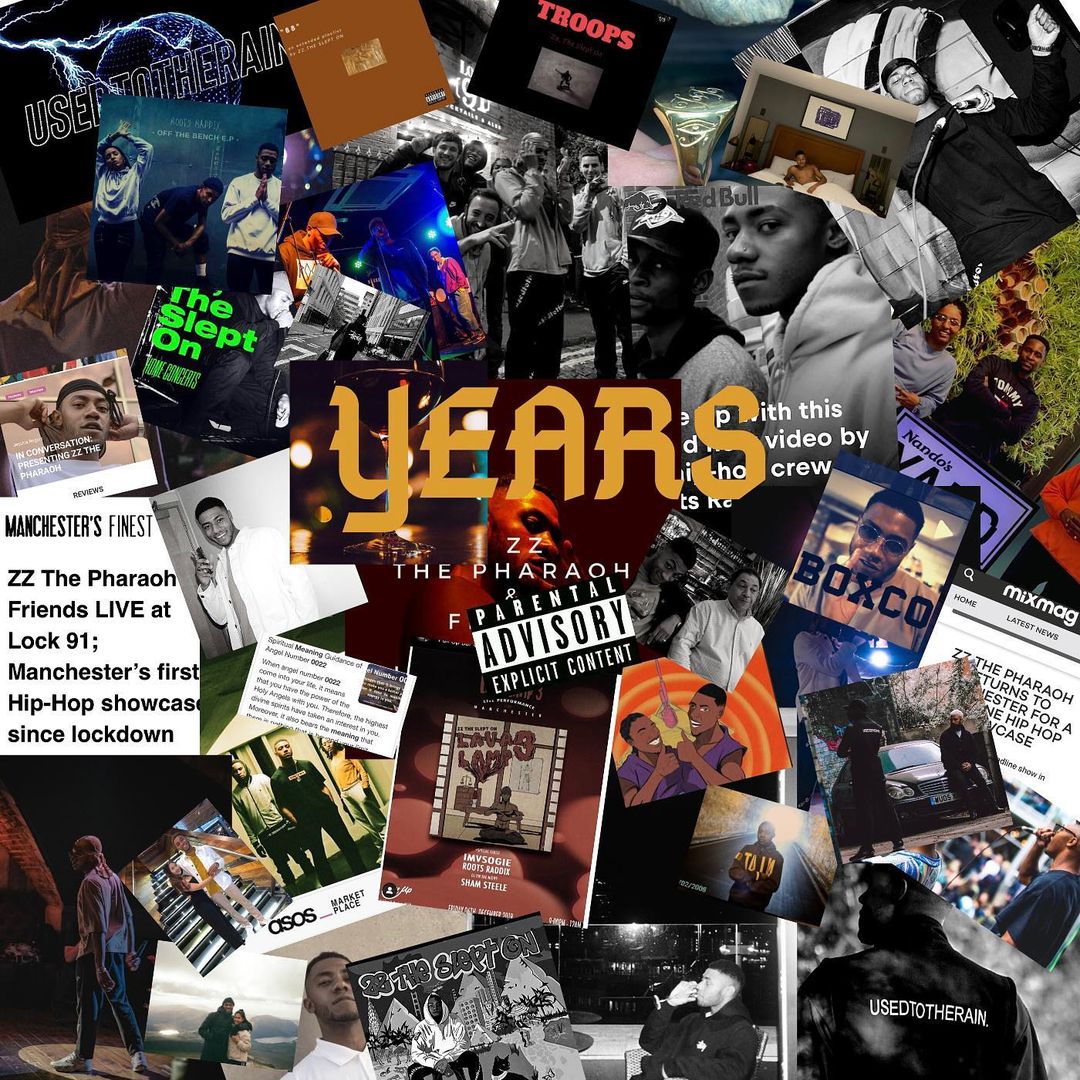 With the constraints of lockdown, the visuals encapsulate ZZ taking you on a journey through Manchester, which became his home in lockdown. The opening scene portrays ZZ embodying Morpheus from The Matrix jotting into a notebook accompanied by a large glass of red wine, reflecting the beginning of his story of Years…

Listen to more ZZ The Pharaoh