The exclusive sneaks are a collaboration between Nike and size? 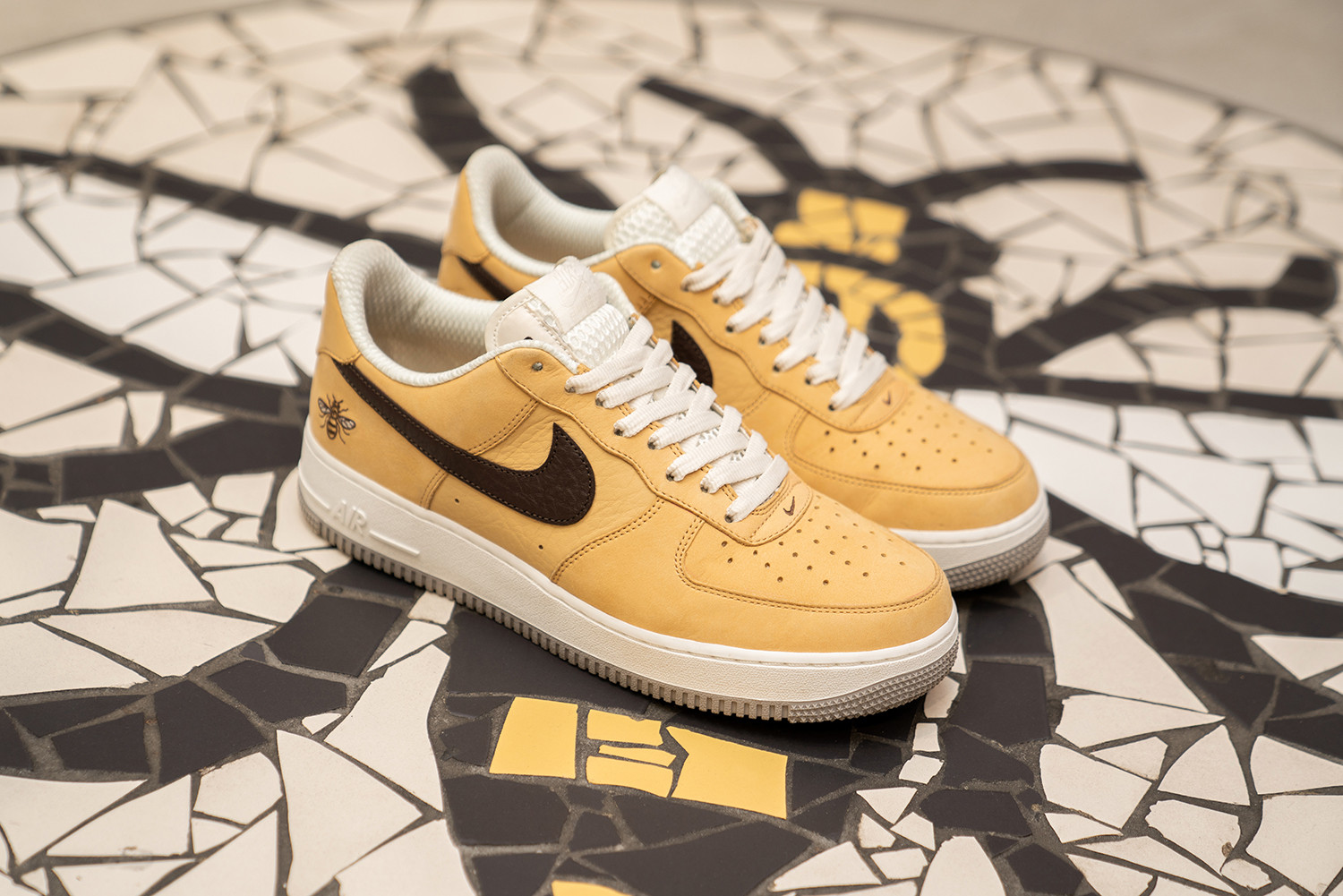 Everyone has owned a pair of Nike Air Force Ones – it’s just ‘one of those things’. One of the most recognisable and iconic trainers of all time, the Air Force One has come in many different iterations, variations, colour-ways and super-rare exclusive editions over the years.

Now it’s time for Manchester to get their own Air Force One as size? have collaborated with Nike to create a Manchester worker bee version, inspired by the location of one of size?’s very first stores and their city headquarters.

“A symbol of hard work and unity, the worker bee was one of the starting points for the Air Force 1 Manchester’s design, and we’ve sat it proudly towards the rear of the shoe in honorary fashion.”

Combining high-quality leather and suede on the upper, they’ve kept the palette of the trainer quite subtle, using a mixture of tans and browns alongside a sail midsole and grey outsole. 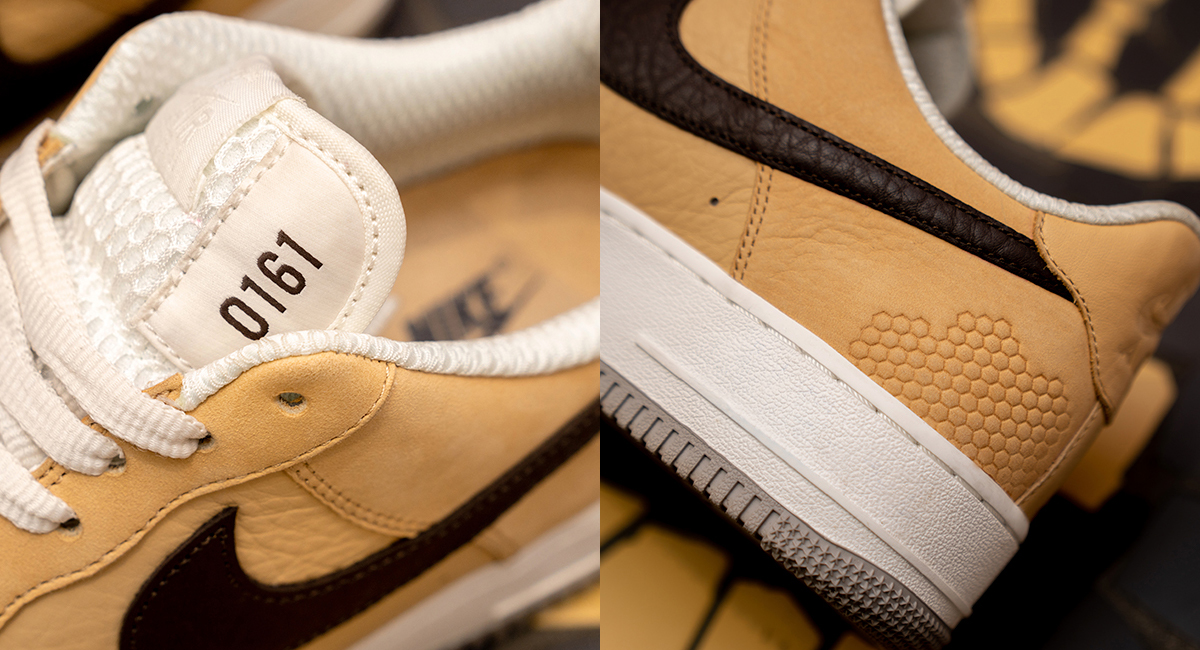 You’ll find a few other finer details that represent the city, with ‘0161‘ embroidered on the tongue, a honeycomb mesh design, and an embroidered Manchester Bee on the heel.

There are 3000 pairs of Air Force One ‘Manchester’ – size? Exclusive available, and the only way you can get them is to enter a raffle on the size? app – which can be downloaded below.

They’re priced at £130 with 10% of each sale being donated to the We Love MCR Charity – ‘Rising Stars’ Fund. The charity works to support young Mancunians from disadvantage backgrounds to help gain the skills, knowledge and confidence they need to succeed; you can find out more about them here. 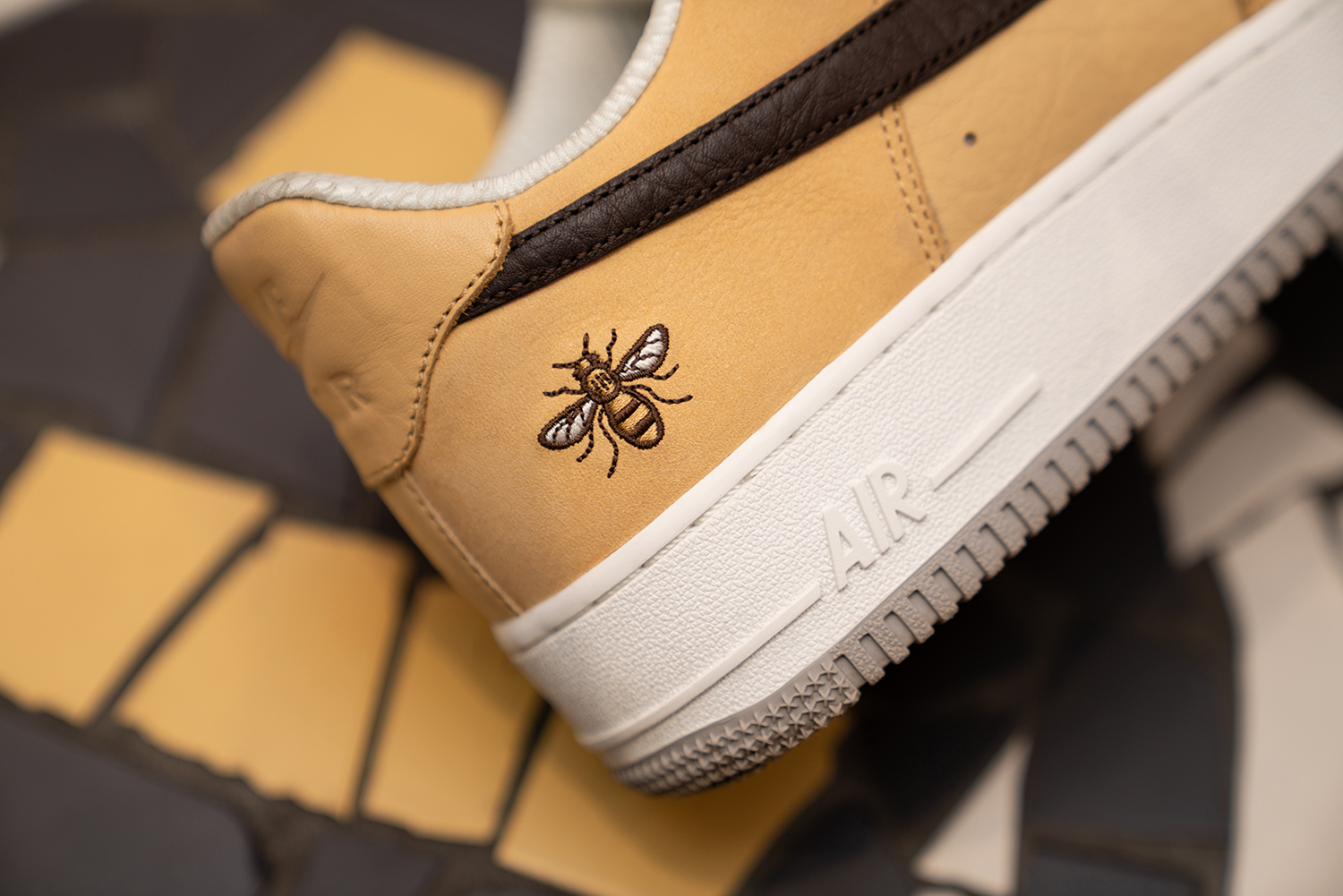 Entries for the raffle close at 8am on Thursday 19th November – so be quick!