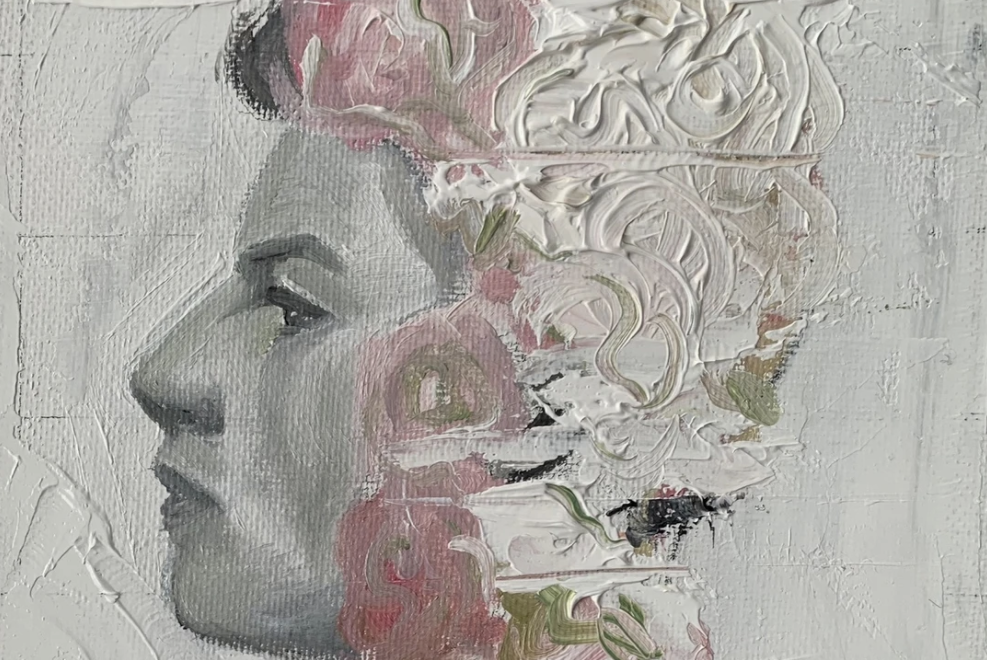 With the launch of Manchester Art Fair set for tomorrow, Friday 19th, and the event opening to the public on Saturday 20th and Sunday 21st November, we thought it would be a good time to shine light on the local talent involved. We’re lucky enough to live in a city brimming with creative people and platforms, so why not celebrate their work?

Over the course of the weekend, attendees will of course be able to dive into workshops and talks on everything from hand drawing to NFTs. However, the main purpose of the Fair is obviously to sell original work to collector’s and novice buyers alike. In fact, as co-founder Thom Hetherington told us last week, the goal is really introducing artists to new audiences.

Suffice to say, though, it’s never a good idea to turn up unprepared. Not least given the two-day showcase features 130 creators, makers, curators and galleries. Enough to get lost in, get the jump on other buyers by taking a look at the following list of Manchester-based artists. All of who are more than worthy of attention (and investment). 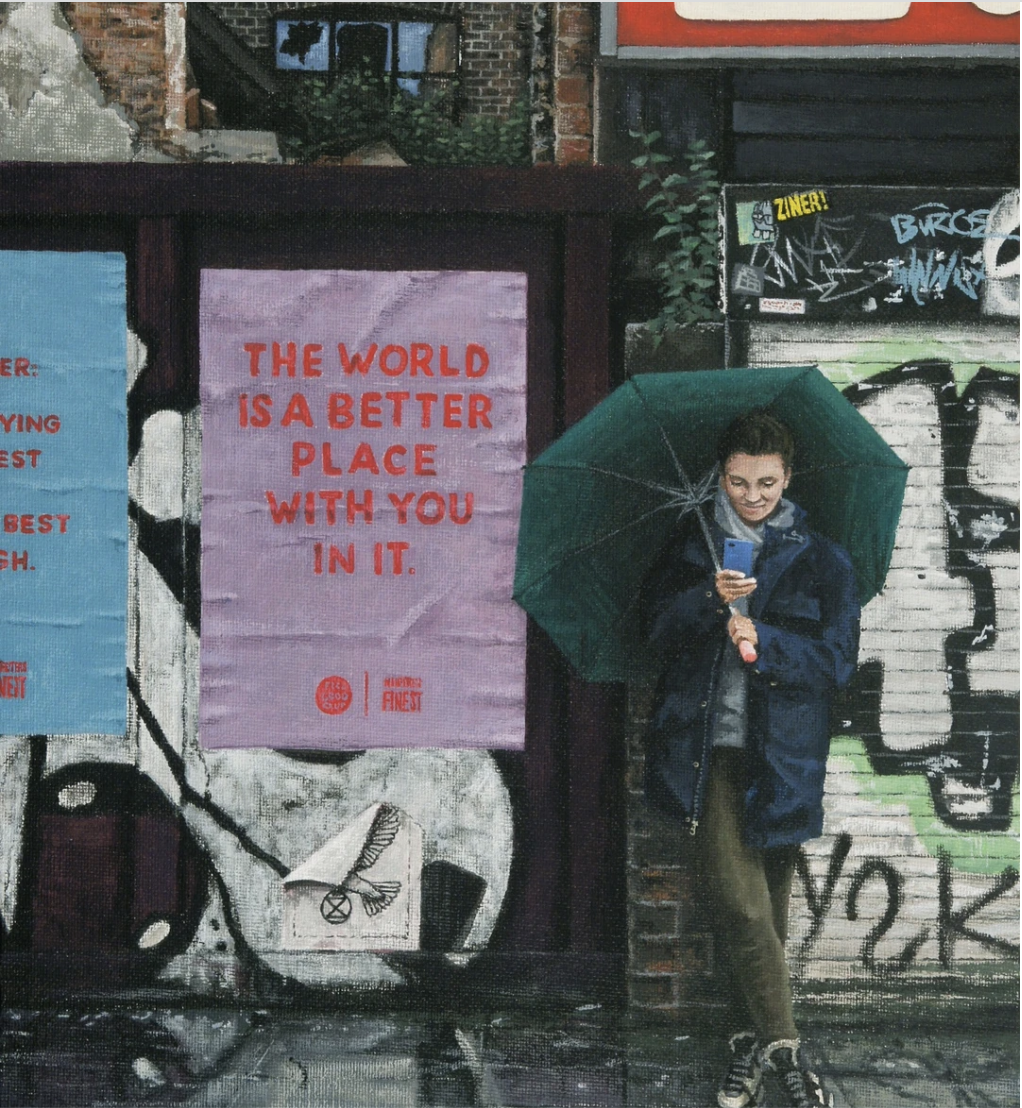 With work hosted by Saul Hay Gallery in Castlefield, it’s fitting that Peter Davis’ work centres on life in the city centre. Winner of both Aesthetica Art and The Castlegate prizes, the piece above includes Manchester’s Finest and Feel Good Club’s collaborative Blue Monday billboard campaign, which pleases us immensely. 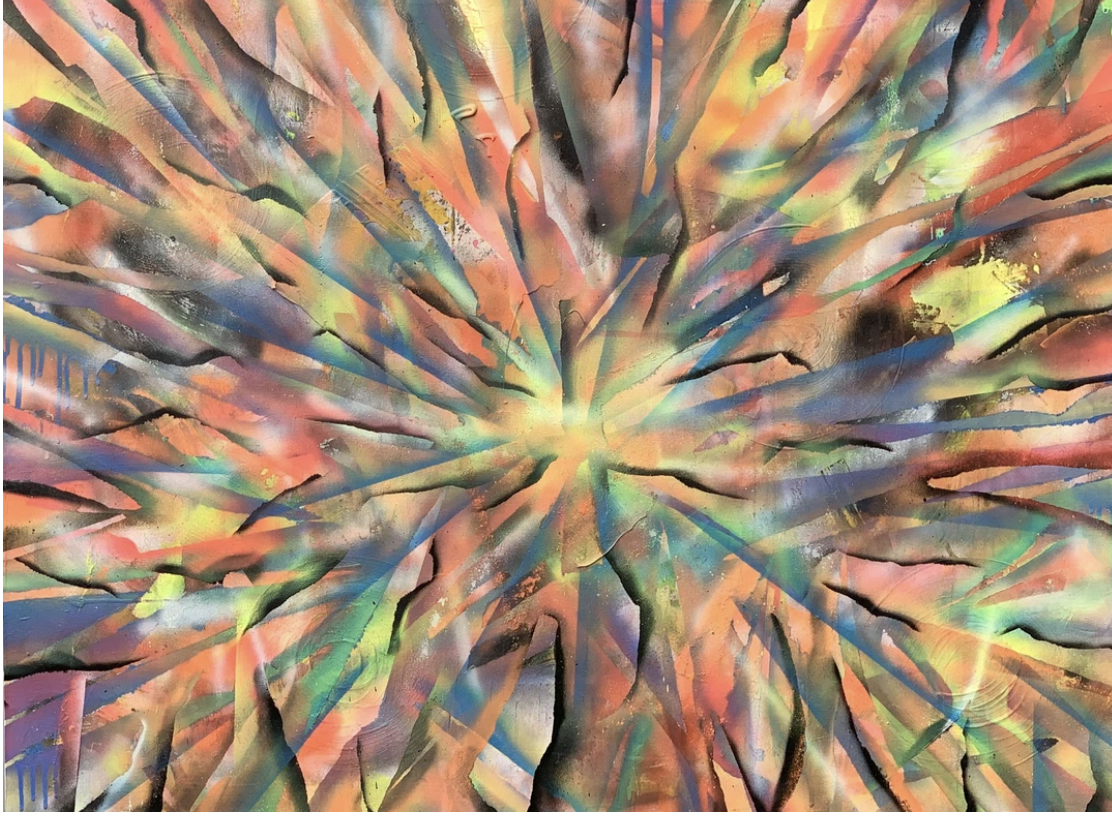 Monton-based Rachel Camilleri’s appropriately-titled ‘Between Calm & Chaos’ was created with acrylic and spray paint, and the result is nothing short of dazzling. An abstract piece representing two opposing ways of being, the rest of her portfolio is brimming with similar talking points. 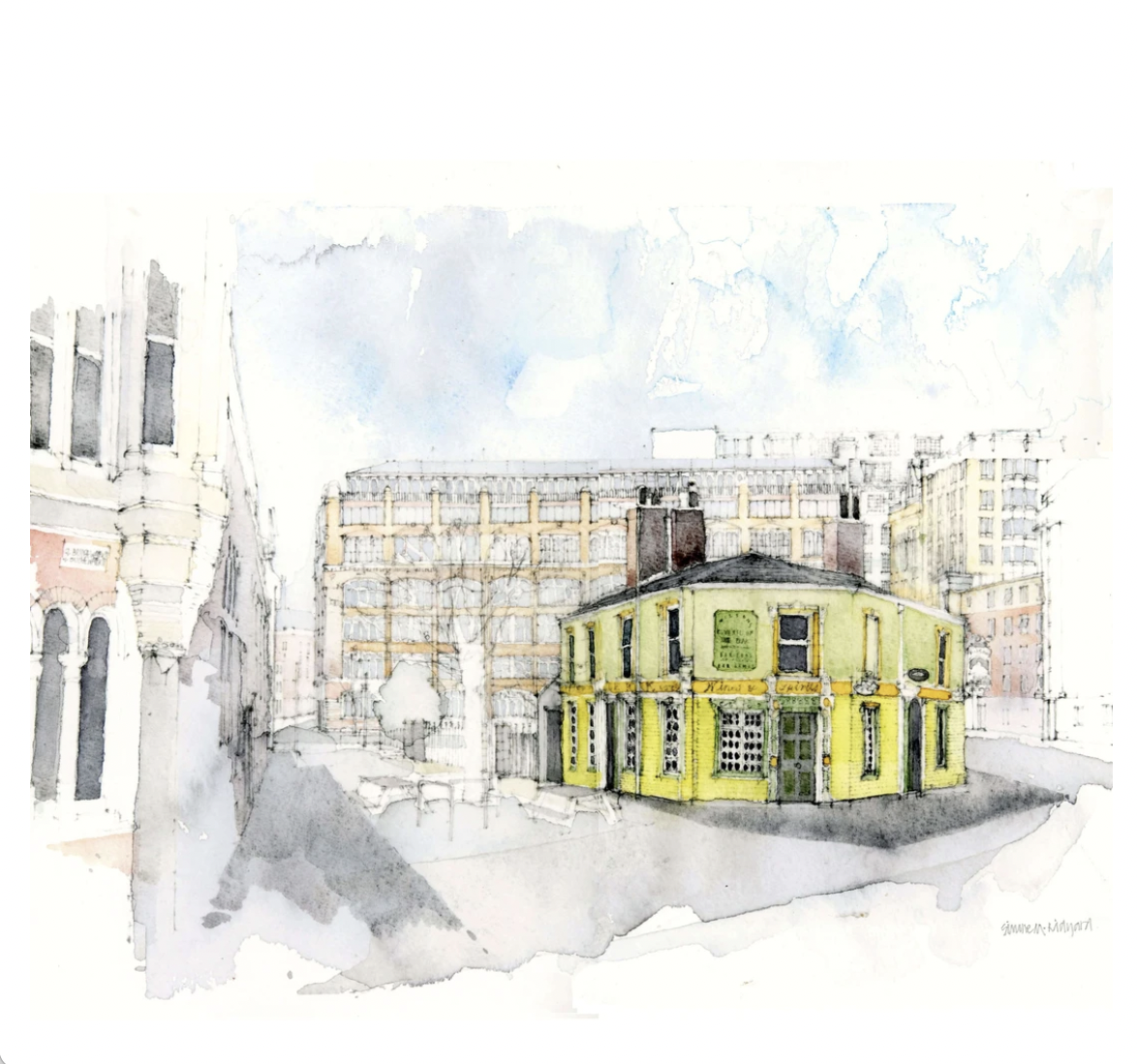 Opting for a delicate sort of realism, Manchester School of Art lecturer and Society of Architectural Illustration member Simone Ridyard’s ode to one of the best boozers in town screams “skilled with watercolours”. As you might have guessed, the work is an extension of an architectural illustration,  overlaid to reflect the hues of iconic pub, Peveril of the Peak. 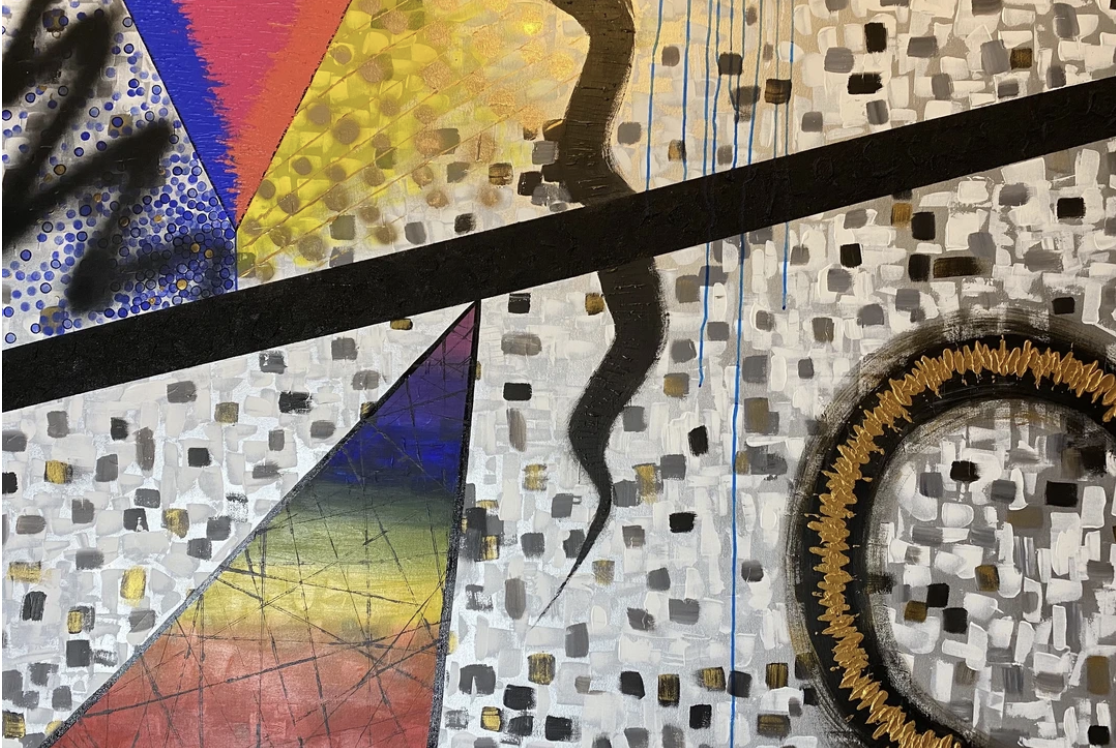 Pritika Karania’s story paints the artist as a multifaceted type. Trained in psychology, she has also been a full-time mum of two, hair and makeup artist, and now a mixed media artist. Amazingly, she only started on the latter in 2019, but her colourful output is already turning heads. 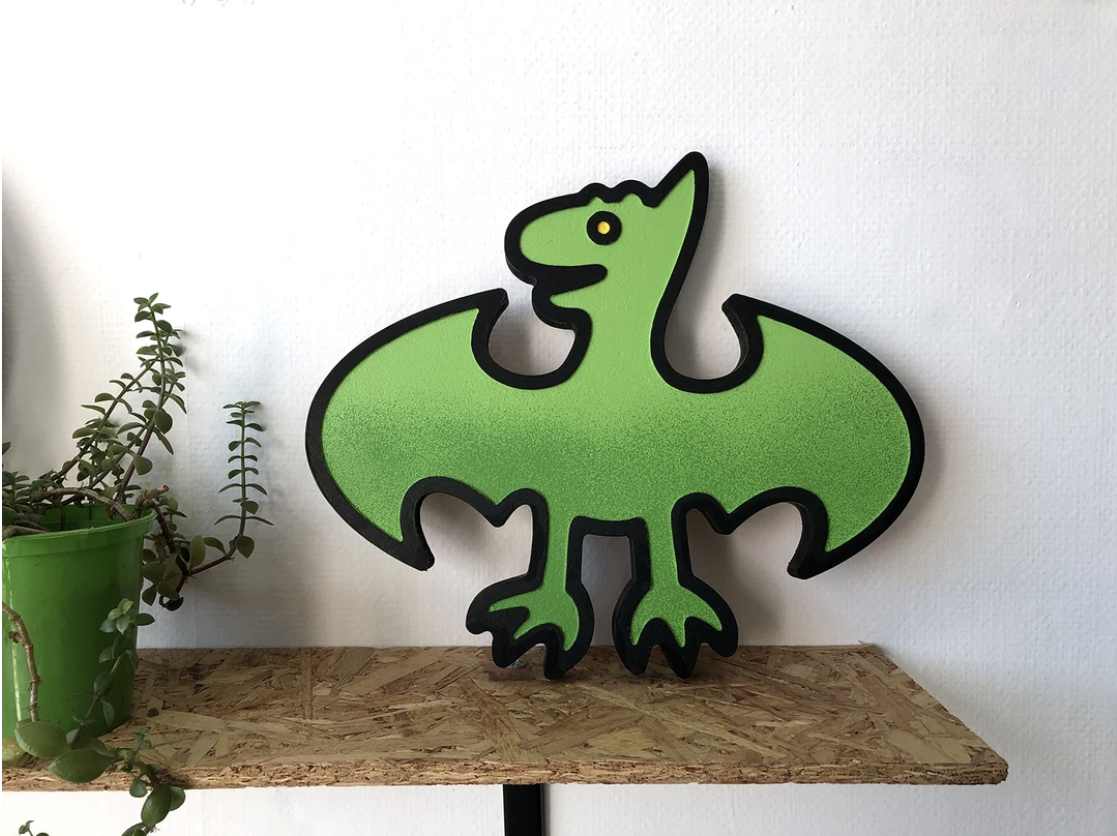 Nick Chaffe self-describes as a graphic artist, designer, and illustrator. One look at his oeuvre is enough to see where he’s coming from. Regularly working with posters, laser and machine cutting, installations and more, he’s one to watch if pop, comics, and street art are your thing.

Damian John Stewart’s visual canon is nothing short of breathtaking. An abstract-realist, he juxtaposes life-like human subjects with backgrounds and details that allow the audience space to interpret the imagery. Cutting to the chase, it’s elegant and unique.

All artists featured in this article have work available to buy at Manchester Art Fair and through Easel, the event’s year-round online art marketplace.

Manchester Art Fair runs this weekend at Manchester Central, with a launch night on Friday 19th, and public event on Saturday 20th and Sunday 21st November 2021. Click here for tickets.