The mysterious tale of a man, a ginnel and some freshly exhumed corpses... 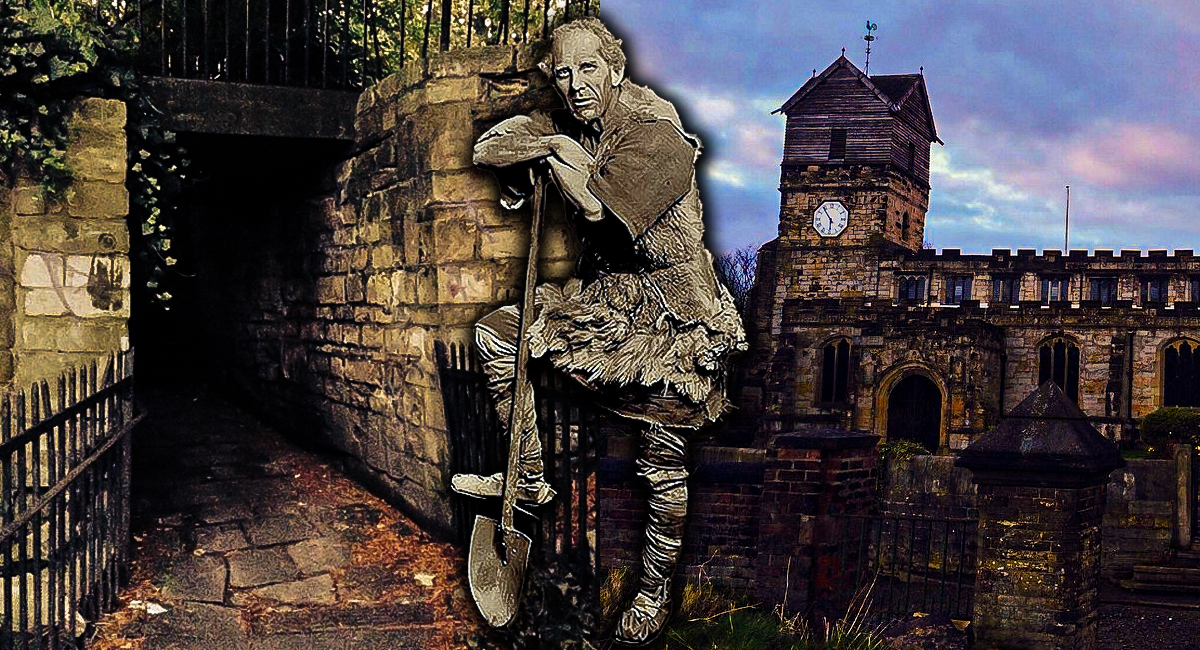 There was once a time, back when I worked in a Language School in Fallowfield, when I tried to explain what the word ‘ginnel’ meant to a Brazilian bloke.

As you can imagine, it wasn’t my finest moment, and after 17 minutes of me trying to explain it, complete with diagrams drawn on a white board, he was still none the wiser. I seriously doubt he’ll ever need to use the word again though, for I doubt Sao Paulo has any ginnel’s knocking about.

We certainly have plenty of them up here in the North West though, and there’s one particular ginnel in Middleton which is famous – for it was the site of some pretty gruesome goings on back in the 1880s. 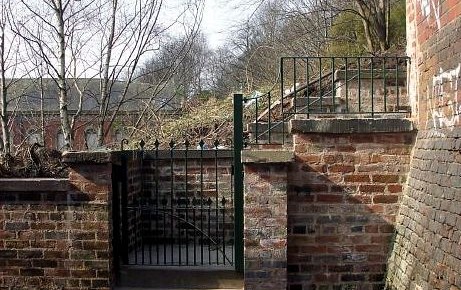 Known as Kankey (or Cankey) Ginnel, this passageway linked the 900 year old Parish Church with the River Irk, and was used by one odd little fella to make a buck or two back in the day.

That man was known at the time, and forever since, as “Owd Kankey“, and there’s not much written about him, but his tale is known by most in Middleton – a story told to kids probably to stop them messing about in the cemetery or to make them think twice about going down the ginnel at night.

All that’s written about the man known as ‘Owd Kankey’ is his obituary in the Middleton Guardian, dated 4th November 1882. The fella, named William Lancashire, had severe bronchitis and was found dead by a nosy neighbour in his home, “lying on the coals in the kitchen.” 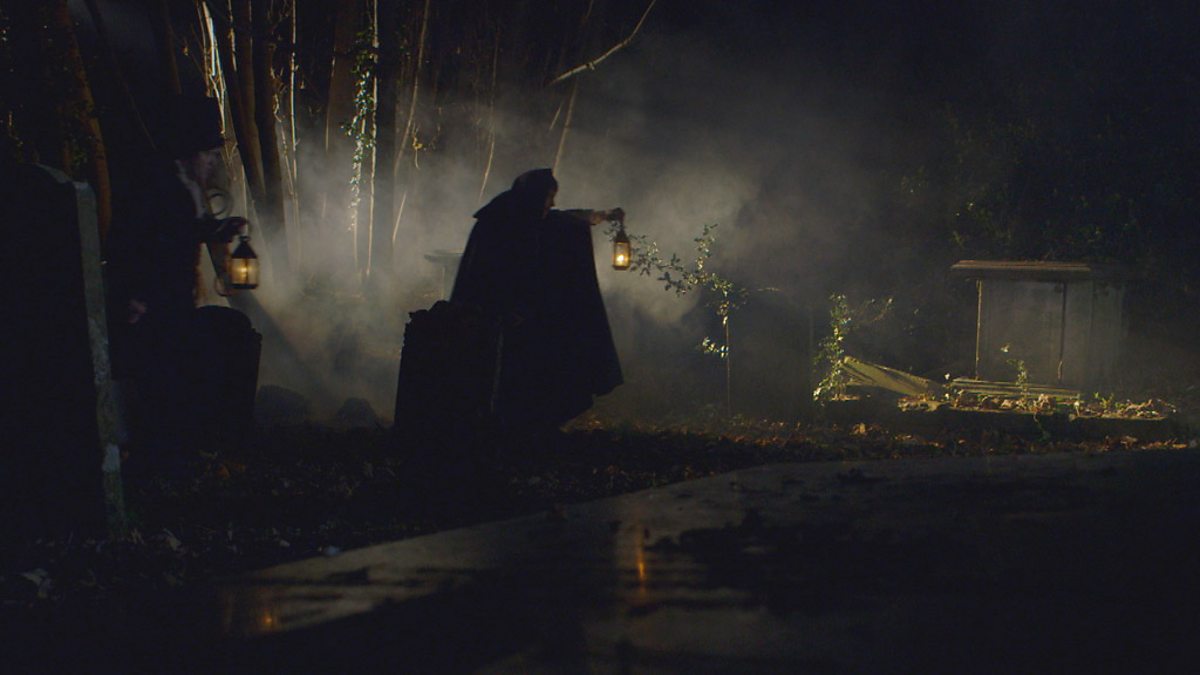 Apparently he was a man of “eccentric habits, and was celebrated on account of his recluse life which he lead.”

“He was in stature a diminutive man, scarcely four feet high, his back bent by three score years and ten which he carried. He seemed to have an aversion for soap and water... indeed on several occasions the sanitary authority have received complaints in this respect.”

And finally, at the end – “By what means he subsisted is hardly known, but it is reported that since his decease a considerable sum has been found concealed in various parts of his house.”

So he was a reclusive, small, hunched, smelly bloke, who just so happened to have a shit load of cash in his house when he died. And its here where the rumours of William’s night-time activities come from. 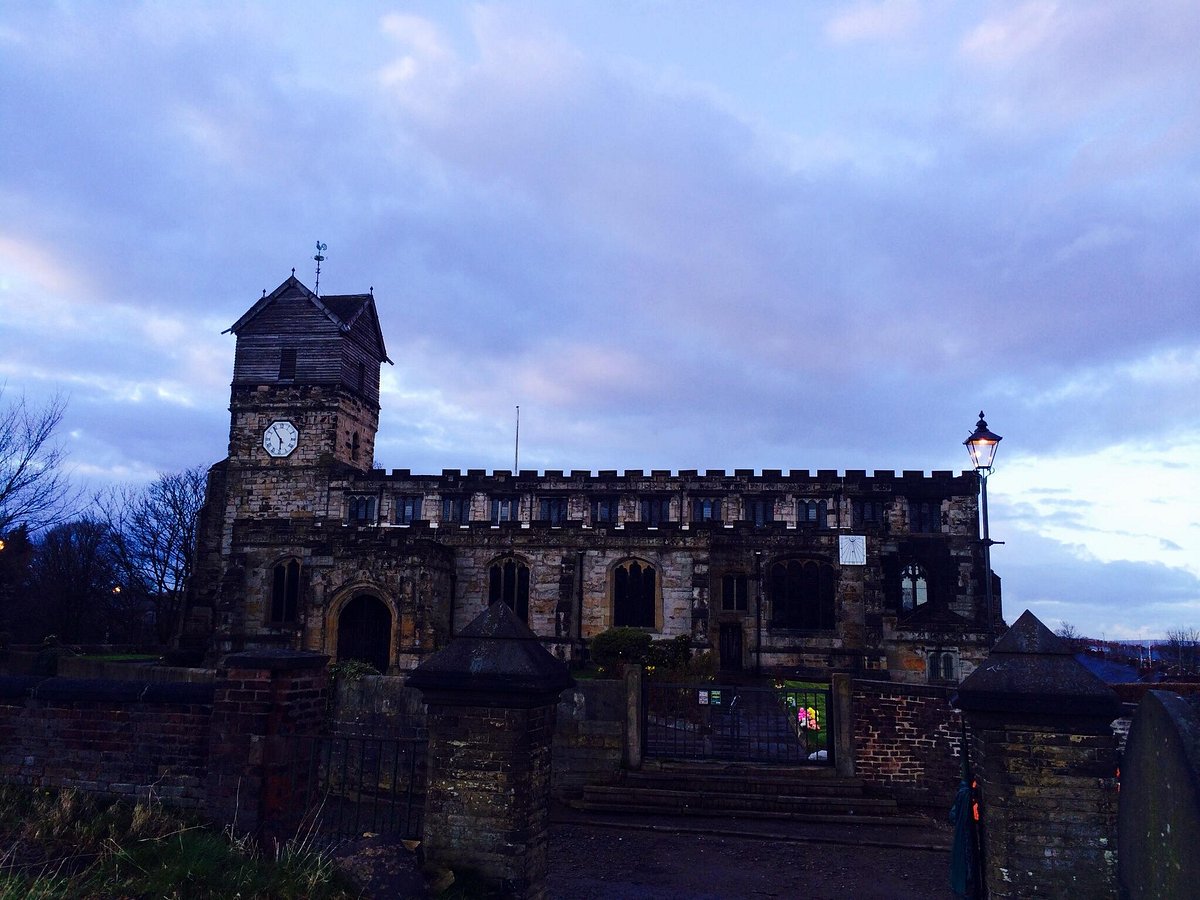 His little house on Back Lodge Street sat directly opposite the ginnel, which itself lead from the cemetery at the Church to the River Irk. The story goes that Owd Kankey would sit in his window, smoking his pipe, watching burials take place above him on the hill.

Then at night, under cover of darkness, he would go up to the cemetery and dig up the body. It’s said that he would then carry the body on his back (hence the hunch) down the ginnel to a boat waiting on the river.

He would then transport the body to Manchester, where he would sell the cadaver to medical students and anatomists willing to pay cash for corpses. This must have been where Owd Kankey got all of his money from – for he was never seen actually going to work during the day. 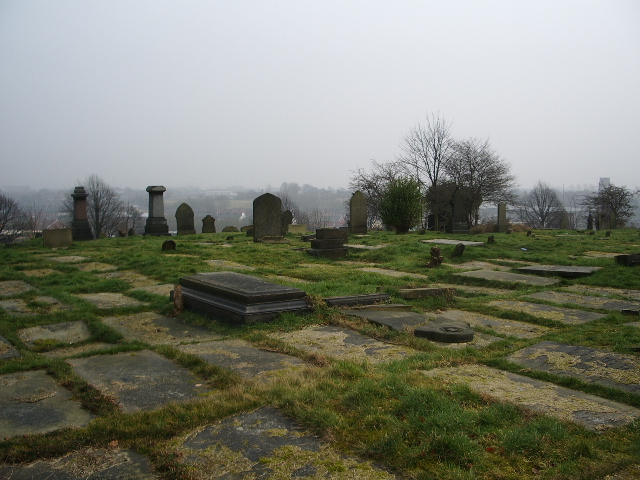 It is, of course, unclear as to whether there is any ounce of truth to this story at all, and in fact it could very much all just be some bullying rumours on the part of the local community who felt that this harmless little fella must have been hiding something more sinister.

It’s true that the town suffered from grave-robbers at the time, but was it Owd Kankey?

There are records of many families sitting by gravesides in Middleton for a number of days, keeping guard against anyone looking to steal their loved ones. And indeed one of the town’s most famous men – Samuel Bamford – 19th century radical poet and reformer, kept the body of his wife for a month in his house to twart grave robbers and body snatchers.

So was it this one man, digging up bodies, stealing their valuables and then selling the corpse to the highest bidder in Manchester? I dunno. Probably.

Walks Near Manchester: “Away with the Fairies”

Myths of Manchester: The Curious Tale of the Manchester Mummy
Long Reads

The Long Lost Castle & Falcon Pub: From a Sacred Women’s Prison to One of the Best Pints in Manchester
Long Reads