The Manchester event crew and label talk us through the finest music to land in a bumper year for tunes, including Tyler The Creator, Ploy, Skee Mask, and Little Simz. 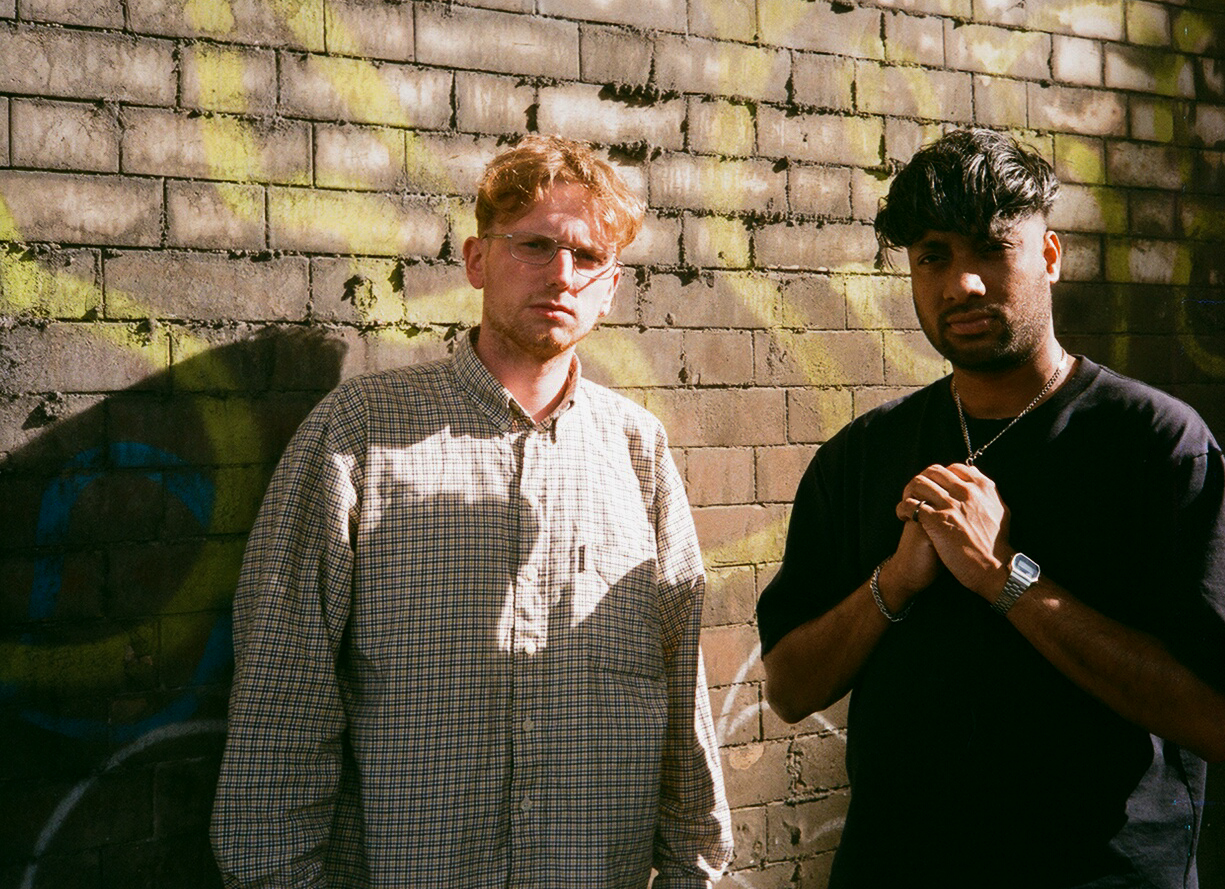 With schools done for the year, out of office replies on, and nine days left on the calendar, it’s an appropriate time to reflect.

2021 could easily be remembered for political scandals, the global elite trying to escape reality by jetting into space or building a metaverse, soaring fuel prices, and record inflation. However, we’d sooner focus on the inventiveness, hope, and determination that defined the UK club scene.

Just ask Wakil Ahmed and Connor Cooper. Their Left, Right & Centre party has run since 2018, and as the pair explain on Zoom, last year it gave rise to a record label of the same name. Partly launched in a bid to ensure they could stay connected with the community, anyone familiar with the latest release —Henzo’s ‘Iron Lighter’ — will understand how high quality is. 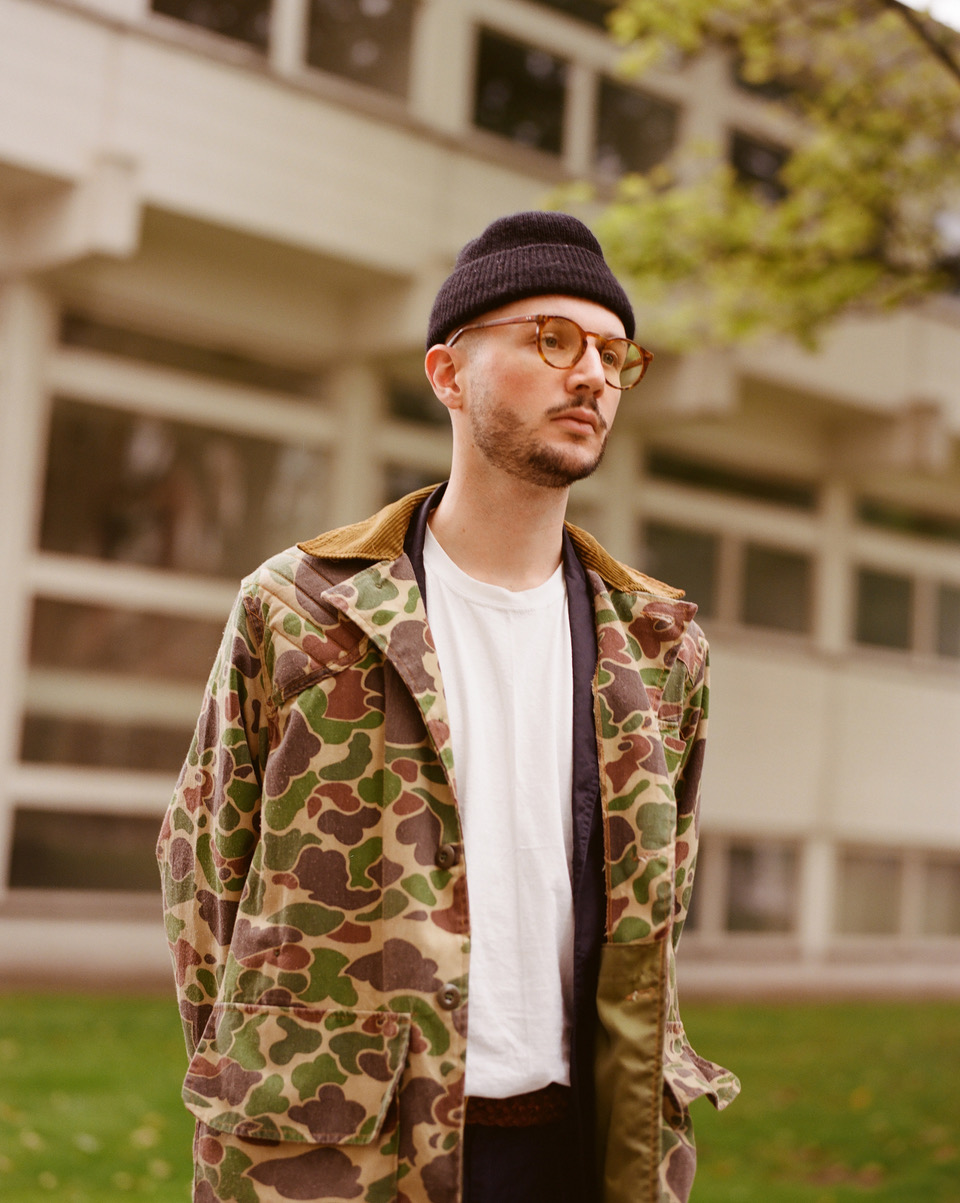 As promoters, they returned to Manchester’s listings with a sit-down bash over May Bank Holiday this year. The event took place at The Old Abbey Taphouse, a Finest favourite and a spot the two promoters believe played a pivotal role in the city’s COVID-19 endurance.

“Old Abbey Taphouse we have worked with as a venue three times now. As a space, I think it’s really important for it to exist in the city, I think in lockdown they were one of the only places offering sit down stuff for underground electronic music,” Cooper says. “The work they do in the community with Steam Radio, feeding families in the Hulme area, we are really happy to work with them.

“I think a lot of promoters will agree there’s a huge talent pool here, as there always has been,” he continues of the region’s electronic music landscape. “It’s a really exciting time in the city, in terms of clubs, radio, things happening across Manchester and Salford.”

While parties have been going off since reopening — at least until recently — recognition of clubs as a form of culture has been a talking point for all the wrong reasons. Even as Berlin tries to add techno to UNESCO’s Intangible Cultural Heritage list, and French venues lobby for similar status, UK policymakers continue to disregard the economic and social significance of the sector.

“I think if we continue to work hard and try and collaborate with more interesting spaces, and allow the music to exist in different realms, then that can be a facilitator or medium to show it can be presented in an artistic way. That’s already done in clubs, but they are away from the eyes of politicians,” Cooper says of the situation. 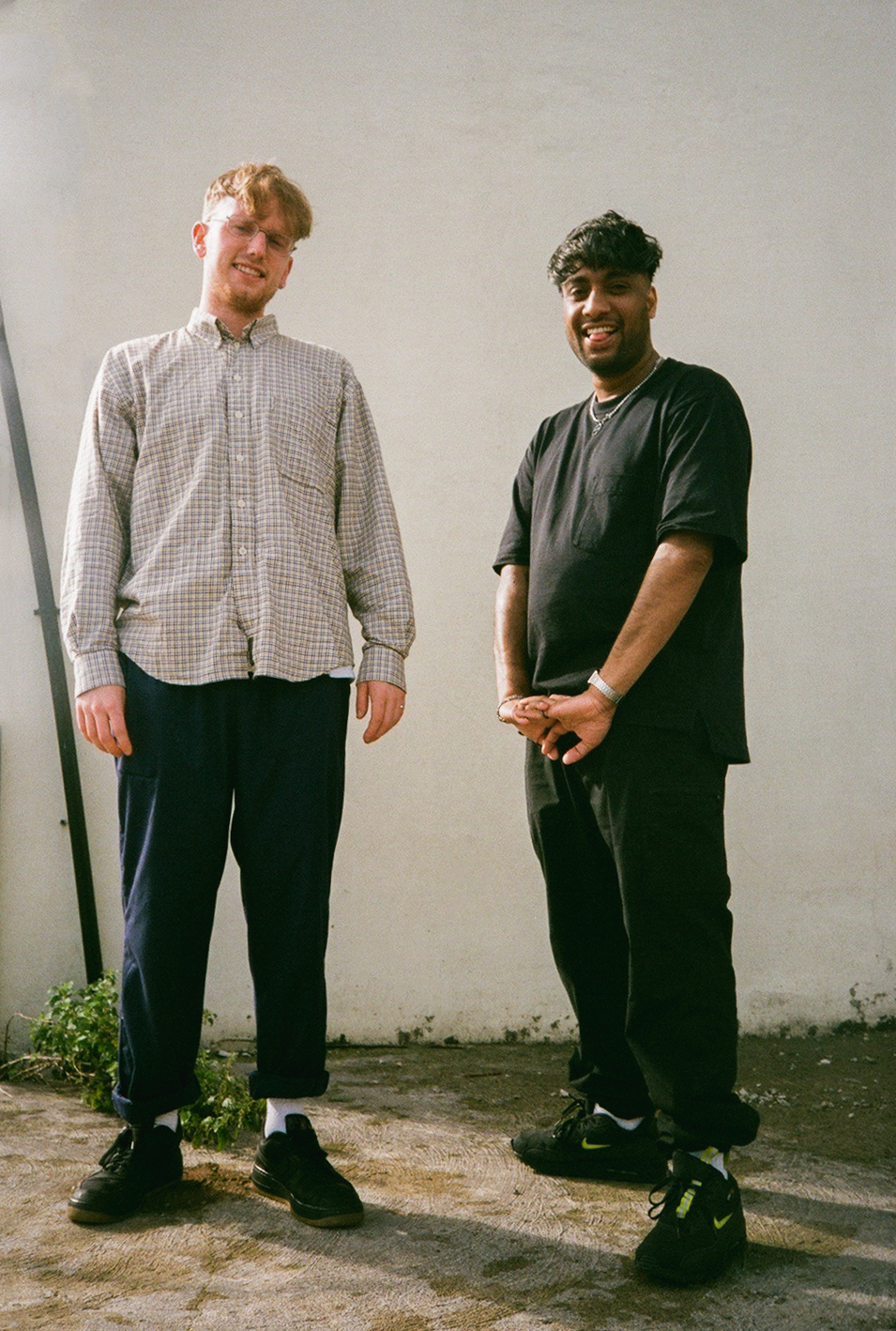 “Me and Connor both work for venues, and I remember when we were applying for the Culture Recovery Fund. A lot of the criteria was very live music focused, or the guidance was written in that way. ‘How many bands have you booked?’,” Ahmed recalls. “But I feel like this is slowly shifting.”

Of course, lack of acknowledgment of grassroots music as an essential  UK cultural asset isn’t just visible in the COVID-19 response, and current fall in attendance that has led to a new £1billion support package described by the industry as “woefully inadequate”. The Brexit visa saga is ongoing, with artists from Britain finding European tours near-unaffordable, and vice versa.

Left, Right & Centre’s most recent event saw Munich heroes Zenker Brothers debut at The White Hotel. Their first foreign bookings since the great pandemic pause clarified just how much has now changed since the UK’s official European departure. Simply put, booking overseas talent is much less appealing now than it once was. 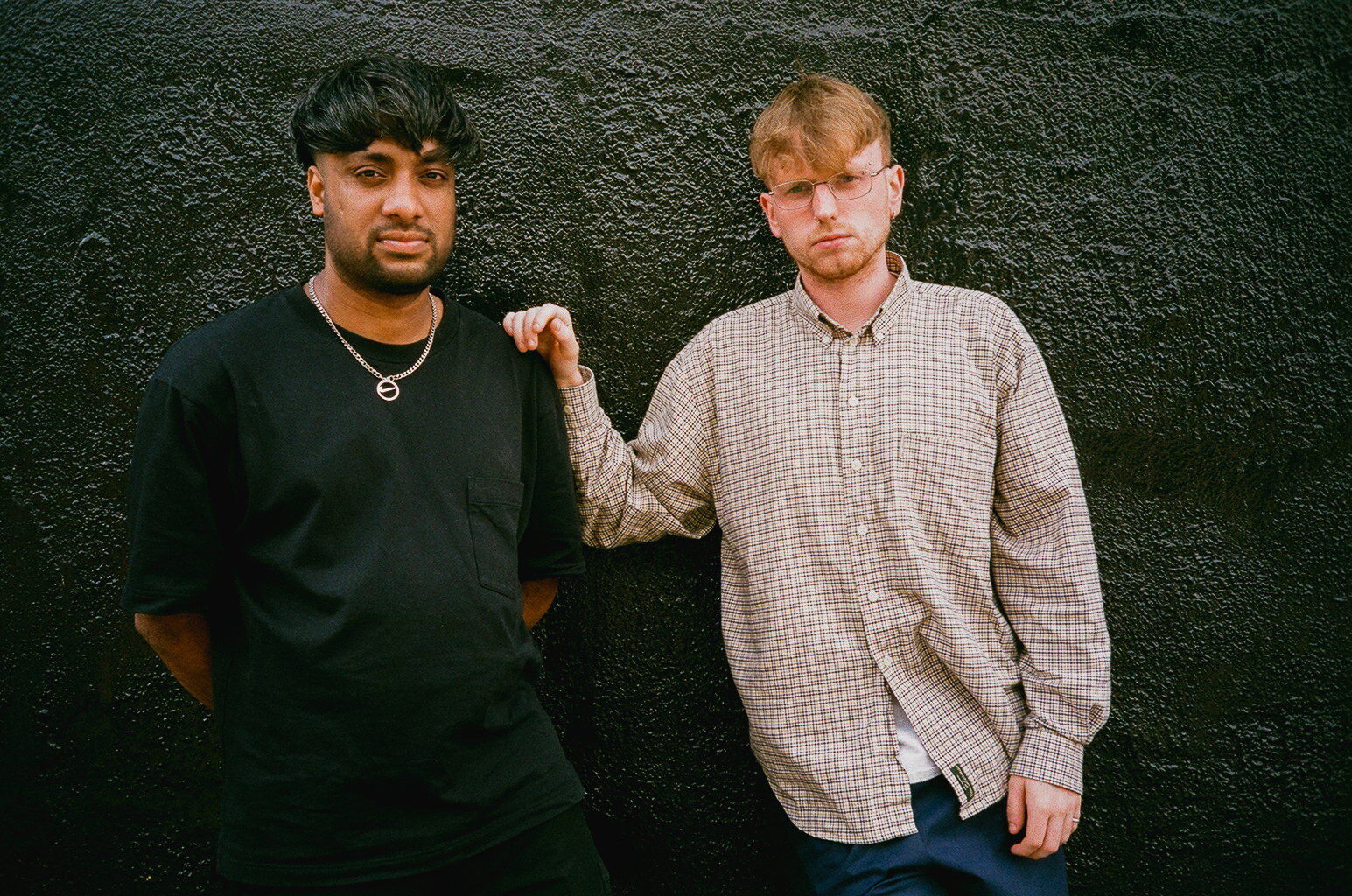 “There was just a lot of complications that we didn’t expect. Flight costs are fluctuating constantly, then there’s the visas,” says Ahmed. “I mean, we’ve not really spoken on it but I think mutually we are looking at keeping things as local as possible next year. Not necessarily Manchester, but UK, until the situation becomes easier.

While venues struggled, recorded music enjoyed a boom period. Vinyl sales, for example, exceeded 1million units in the first three months of 2021. That’s a 16% increase year-on-year, and when you consider 2020 was also huge for sales (beating the previous 12 months by 11% overall), you realise just how much is being bought right now. Meanwhile, on-demand use and downloads are also up.

A key driver here is not just sheer volume but the high standard of what’s being put out. With this in mind, we asked Cooper and Ahmed to put together a ten-track playlist of their favourite tunes from the past 12 months. Here’s what made the cut…

Tyler The Creator – ‘SWEET / I THOUGHT YOU WANTED TO DANCE’ [Columbia]
“From one of my favourite albums of the year, this almost-ten minute masterpiece is definitely my stand out track. Far removed from the days of ‘Goblin’ which first grabbed my attention over ten years ago.”

Little Simz – ‘Woman ft Cleo Sol’ [AGE 101]
“I had to include Little Simz in this list. Working at Parklife this year I managed to witness maybe 30 minutes of music for my own enjoyment, 20 of those being Little Simz, where she introduced Ghetts who joined her on stage. A highlight of my summer for sure.”

Self Esteem – ‘I Do This All The Time’ [Universal]
“Rarely do I fall in love with a song because of the lyrics, but hearing this for the first time earlier this year, it really stopped me in my tracks. Beautiful, emotional storytelling.”

Mr Mitch – ‘Daydream of You’ [Gobstopper]
“The final track from what I think was the best body of work that I have heard in 2021. Individually, every song is incredible, but together Mr. Mitch’s ‘Lazy’ album is, for me, genius. ‘Daydream of You’ in particular hits differently.”

Madlib – ‘Road Of The Lonely Ones’ [Madlib Invazion]
“Soulful, dark and uplifting all at the same time. This Four Tet co-produced banger is silky smooth, and has been on repeat since the LP’s release in January.”

TSVI & Randomer – ‘Reflex’ [Nervous Horizon]
“Randomer has been one of my favourite artists since his early releases and a memorable FACT mix in 2013. I’m a big sucker for the distortion in this particular track and also the second drop is something else. Linking up with TSVI was a match made in percussive heaven.”

Skee Mask – ‘CZ3000 Dub’ [Ilian Tape]
“This might be the most dreamy, beautiful pad work I’ve heard on a techno beat. We had the pleasure of hosting Ilian Tape bosses Zenker Brothers in November; everything that comes from that corner of dance music is gold.”

aya – ‘Emley lights us moor (ft. Iceboy Violet)’ [Hyperdub]
“Coupled with aya’s whole album this is a complete masterpiece. For me it feels like a very defining point, and a bridge between underground dance music and pop. There are too many things to speak about in regards to this track, but in particular the way in which Iceboy enters, and the way the whole video is styled, is perfection.”

Simo Cell – ‘FARTS’ [TEMƎT Music]
“This one gives me big nostalgic feels of being back in Year 10 and hearing Lunice and Hudson Mohawke. I also love how moody this track is, right up my street.”

Ploy – ‘5G Bats’ [Deaf Test]
“Brand new one coming from Ploy’s very own imprint, which launched recently. I have always been a fan of music that aims to build up nervous energy and this track does exactly that. It also has this old school rave-y element, which I’m really into.”