With a system designed by Brilliant Corners, the Ancoats basement has always sounded great. Now a new emphasis on weekly bookings featuring some of the north's best selectors puts tunes at NAM's heart. 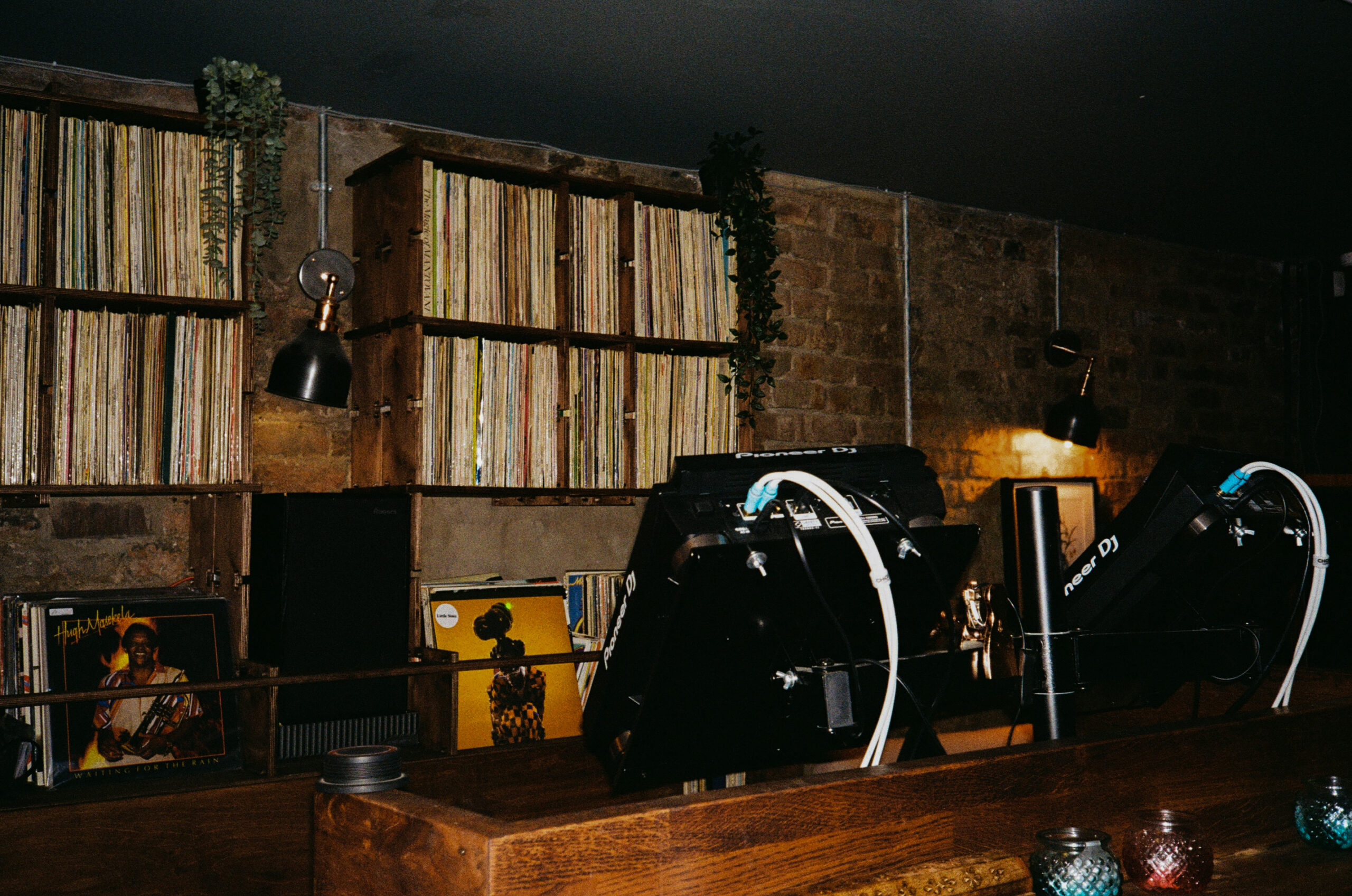 It’s Thursday evening in Ancoats’ wining and dining hub Cutting Room Square. The drizzle and darkness outside hasn’t stopped a room full of music heads descending into the basement at 33 Blossom Street. 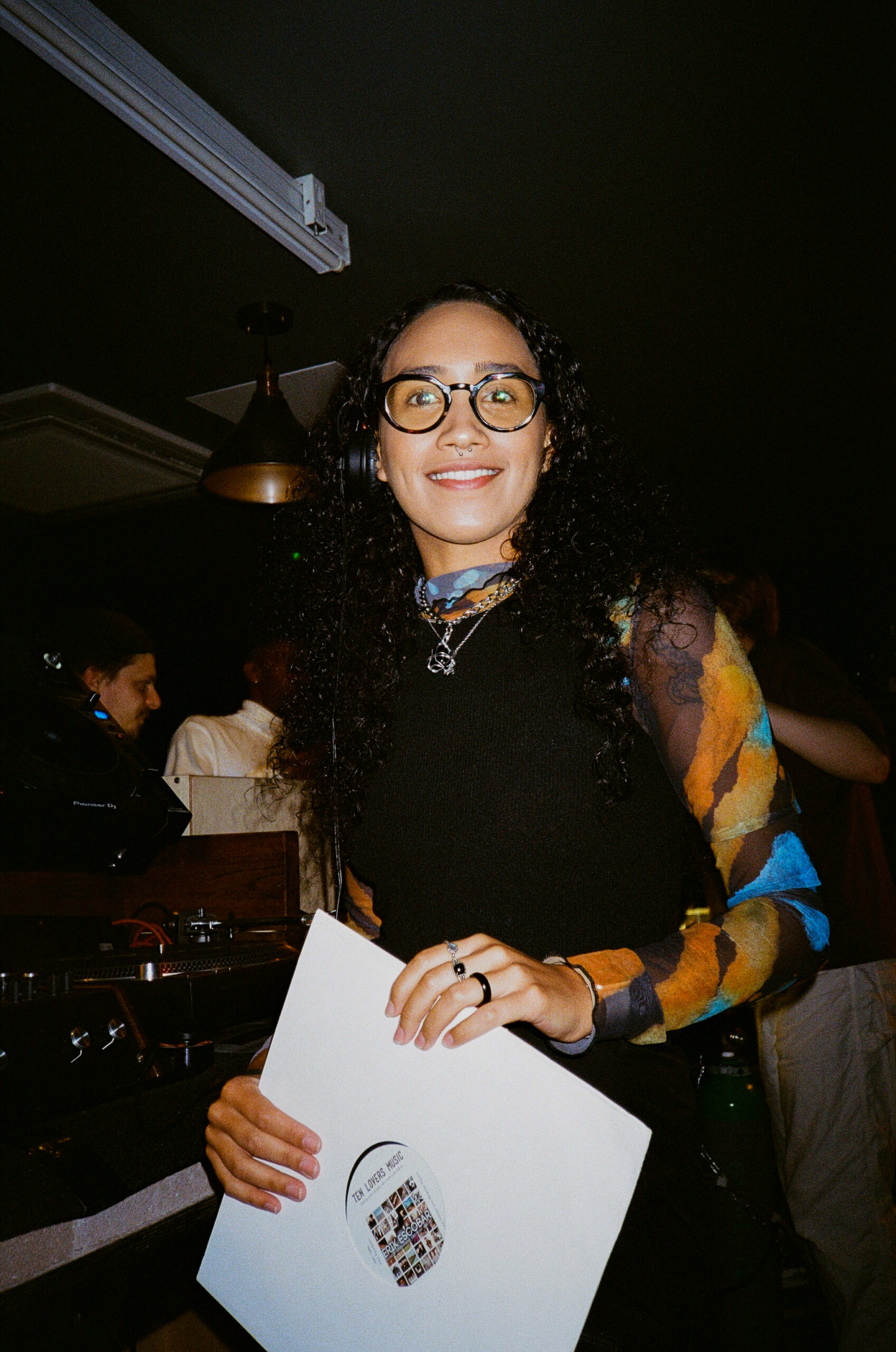 Originally opened in 2018, NAM comprises an upstairs Vietnamese eatery (including what we believe to be Manchester’s only Sunday dinner with pho gravy), while downstairs is an intimate events space. The fact it packs a custom-designed rig put together by London’s revered Brilliant Corners crew, featuring iconic Klipschorn speakers, is a major selling point. After years in the background, though, the team now want to turn the volume up and bring tunes to the fore.

“I think we are miles away from where we used to be, and a lot closer to where we want to be. In terms of music programming, the whole aura downstairs. It has developed and evolved,” NAM’s owner, Nam Tram, tells us over a crisp in-house pilsner. “I mean, it’s always been about the audiophile thing. I grew up with my brothers very much invested in music, the amplifier downstairs was donated by my brother-in-law when myself sister made him have a bit of a clear out. 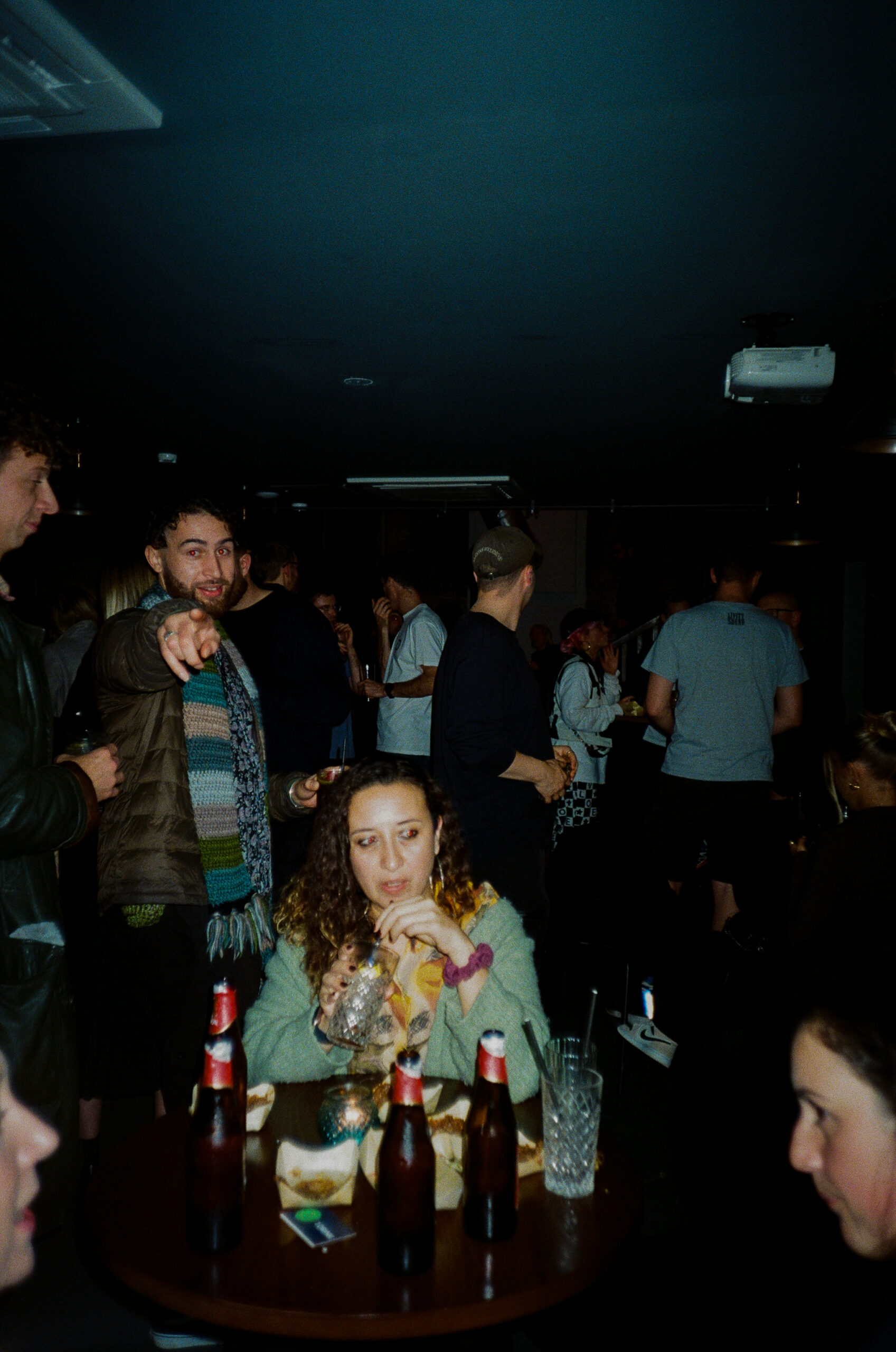 “But before COVID I had to do everything myself, now we’ve had a little bit of a breather, we’re busier than ever but the break gave us an opportunity to pause and reflect on what was and wasn’t working,” he continues. “If I’m honest it didn’t work that well for the first year and a half. We had loyal followers but it didn’t happen how I’d hoped. I love and really care about the music side of things, so now it’s a case of putting more money into it and really trying to get things established.”

“My background is promoting, putting on club nights, that sort of thing. But I’m 37 now and clubbing days are kind of in the past. I can’t hack it, maybe one or two a year — any more I’d be in hospital,” says Eleftheriades. “Nam said to me he wanted to do the audiophile things, and I was just like ‘that will be incredible’. You know, it’s part of a lineage of other audiophile venues that goes way back to David Mancuso and The Loft, Precious Hall in Japan, and closer to home Spiritland and Brilliant Corners in London, Cosmic Slop in Leeds. For a city that beats its chest so loud about musical heritage, there should be something in Manchester.” 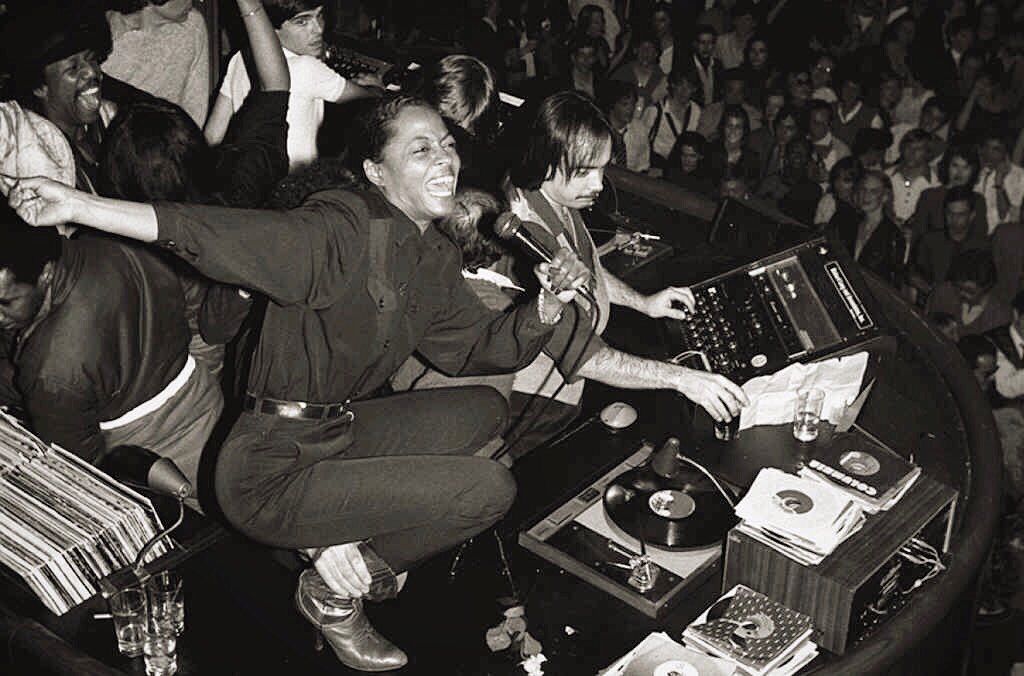 David Mancuso’s parties, first held at The loft, New York, in 1970, remain a benchmark for sound and selections

Eleftheriades is clear on what NAM can bring to the city — in his words “a new lane” distinct from traditional live music settings, which really fall into either club or gig categories. Nevertheless, he’s also quick to point out Manchester’s current health in terms of homegrown talent and venues for them to play in. “The White Hotel is one of the best clubs in the world right now, in terms of the talent coming through, and names is nurturing,” he says.

Despite being resolutely passionate about the soundtrack, sound quality, and who they charge with selecting the tunes, both Eleftheriades and Tran are adamant this isn’t about authoritative and arrogant posturing. Instead the focus is creating a welcoming, inviting destination. A place for both those who know exactly why those speakers so special, and those who randomly wander in. 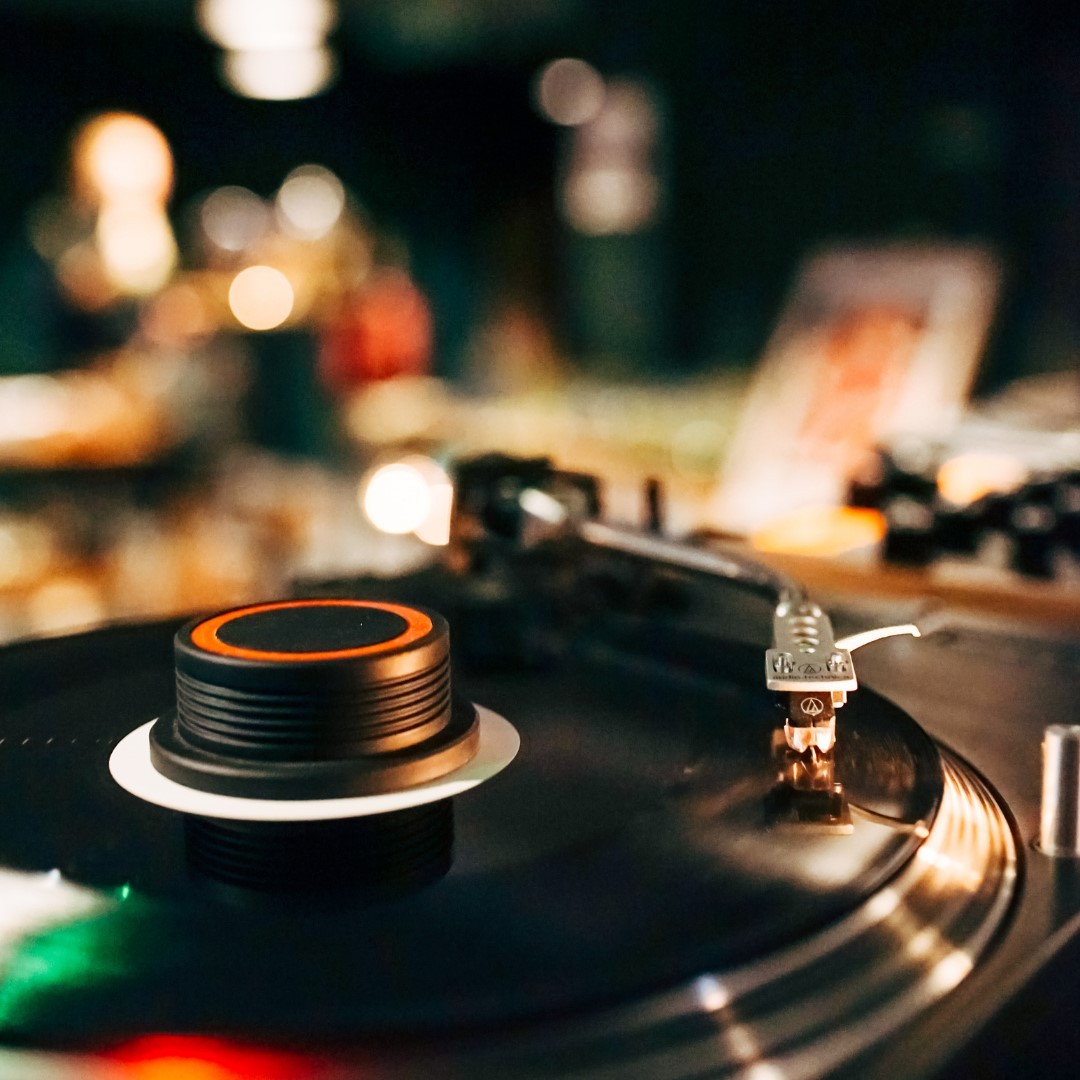 “At the minute we are playing it as broad as we can, music wise. I’d say there’s a culture of treating DJs in a very restrictive way, certainly in bars, effectively just making them play a Spotify playlist of big tunes. That’s not what it should be about. We’re not snobby about it, but anyone who comes in to play we want to go as deep or as different as possible. We have researched them and trust they can deliver that, while playing whatever they want,” Eleftheriades says of the NAM attitude, before Tran summarises the overall message. “I just like listening to music on a good sound system.”

Suffice to say, we know exactly where he’s coming from.

November and December dates include: