One of Chorlton's most popular eateries recently opened a second branch over in Sale, and refreshed the menu at both venues, so we headed down south to check out the new digs and sample some exciting new dishes. 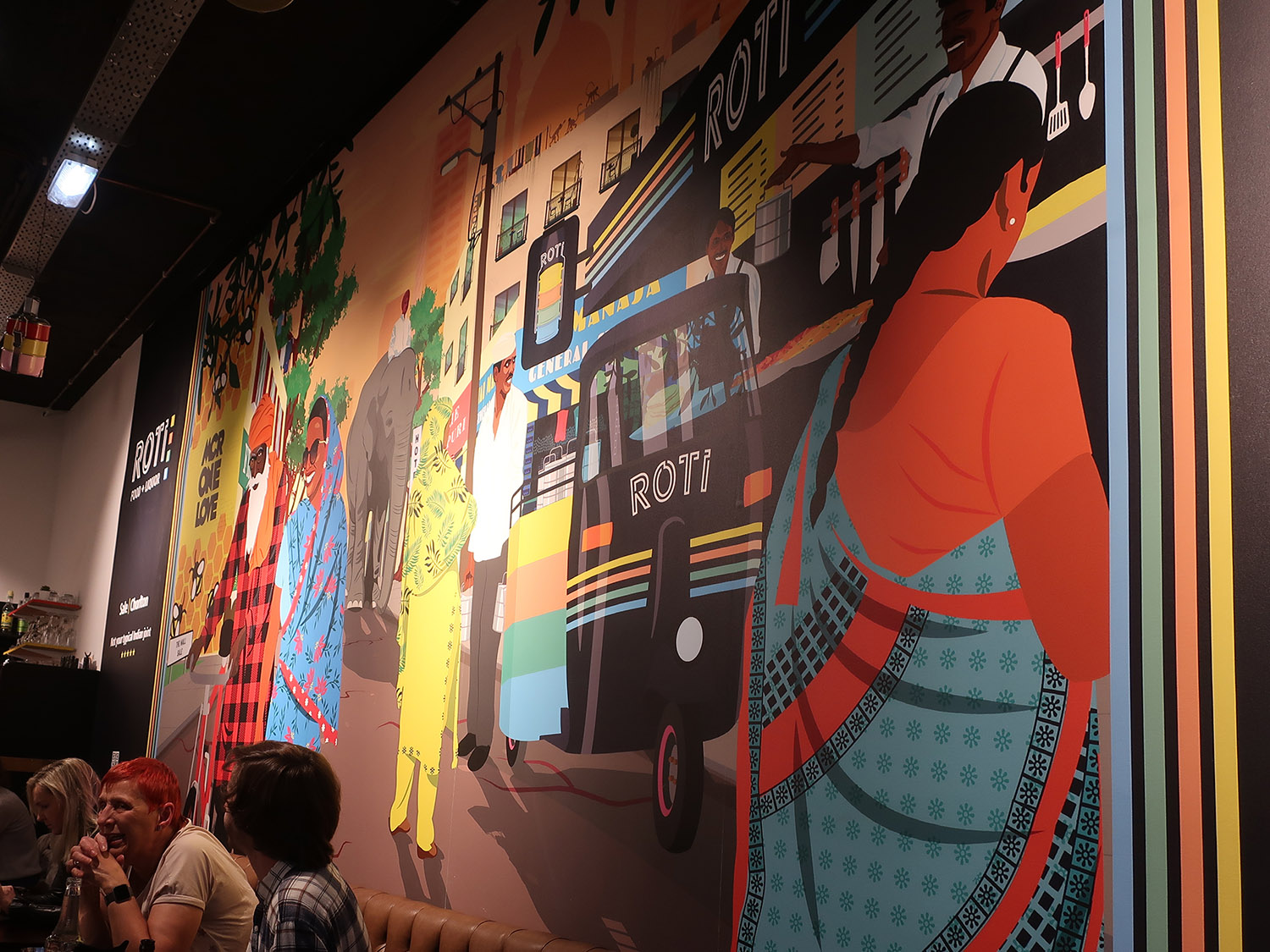 For the uninitiated, Roti is the sort of restaurant where, when scanning the menu, you need to work out the stuff you’re not going to order. We’d recommend bringing a bit of a crew so you can try as much as possible or, if it’s date night, do the honourable thing – loosen those buttons and belt buckles and get stuck right in.

Each dish is served in sharable tapas-style portions, expect a modern take on Indian classics, with a twist, and that swerve ball comes from owner Ryan’s Scottish heritage. This unlikely fusion might sound a little odd but trust us, it really works. 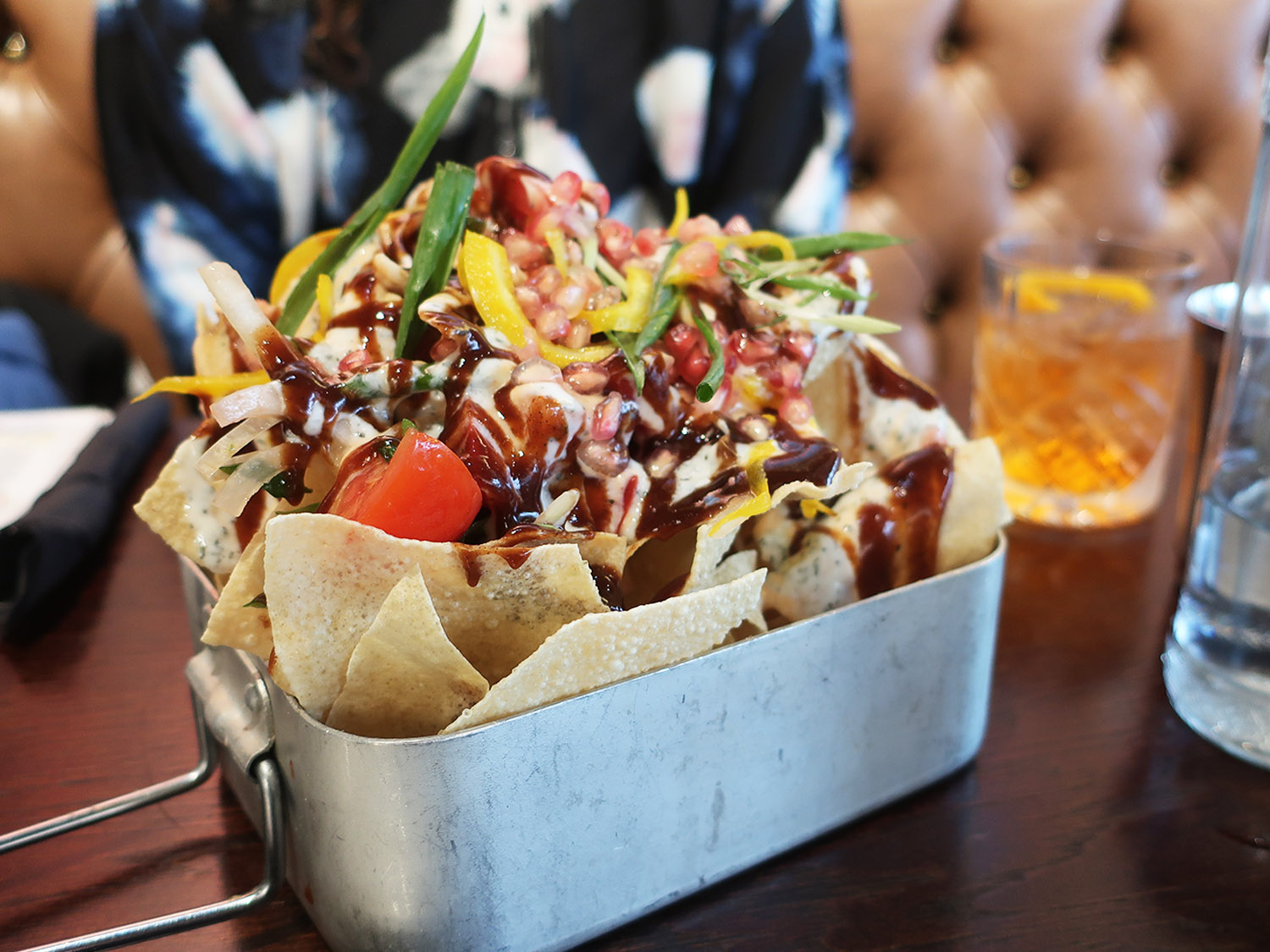 There’s only one place to kick things off when you go for a curry, it’s got to be poppadoms, but these are anything but the ordinary order. At Roti they come ready loaded with yoghurt, tamarind sauce, and pomegranate seeds, like the best nachos you’ve never tried, no wonder in true Manc style they’ve been dubbed Proper-doms.

Whilst you’re picking your way through, cocktails are compulsory. The Irn Bru Negroni is brilliant, but there are new things to try too, like the Roti Daquiri, combining Havana rum, Liqor 43, lime and a spicy cinnamon rim or an Old Orient Mango Martini, with chilli-infused vodka made in house, mango syrup, fresh lime and Cointreau. 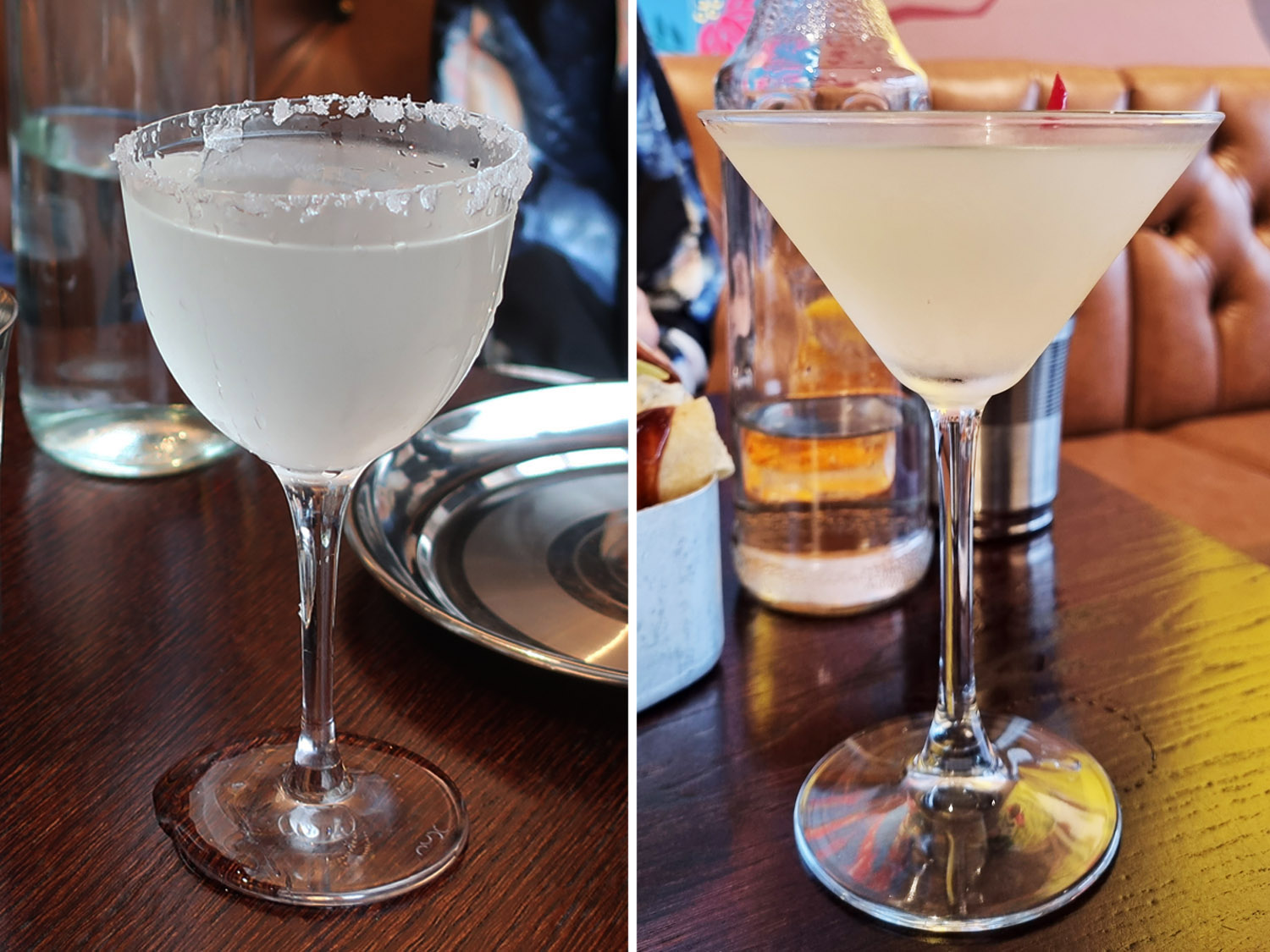 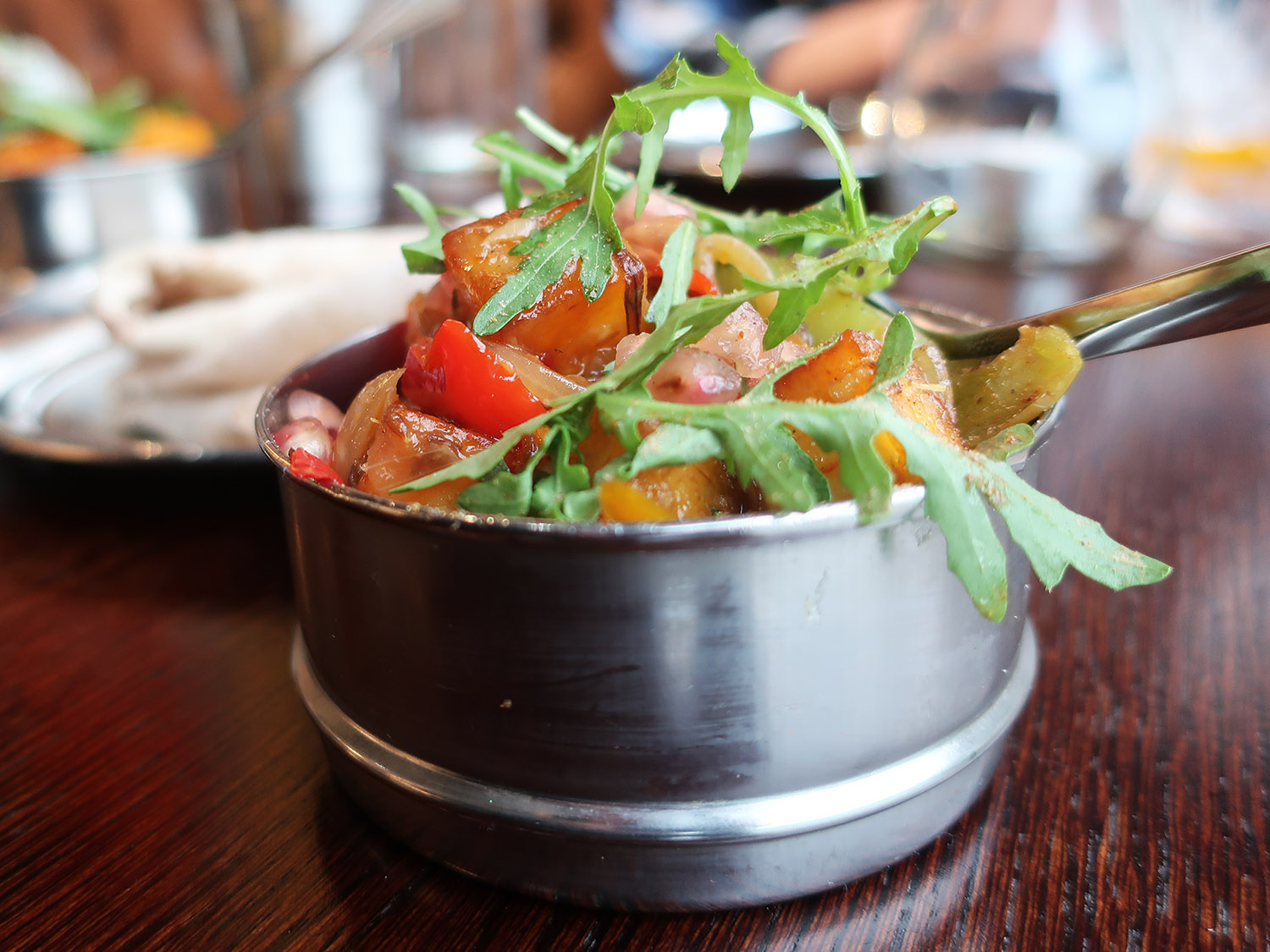 The menu is split between veggie and vegan, seafood and meat, so we picked a pair from each section. First Stir-Fried Paneer is sweet, sticky and cheesy with a touch of heat and heaps of fresh crunch.

If you’ve never tried pani puris where have you been? Wee Poori Parcels are crisp hollowed out balls filled with the usual suspects of yoghurt, chilli and tamarind, you pop them in your gob whole and the flavour sort of explodes all over the shop. They’re a delicious little treat and you’ll find some of the city’s best right here in Roti. 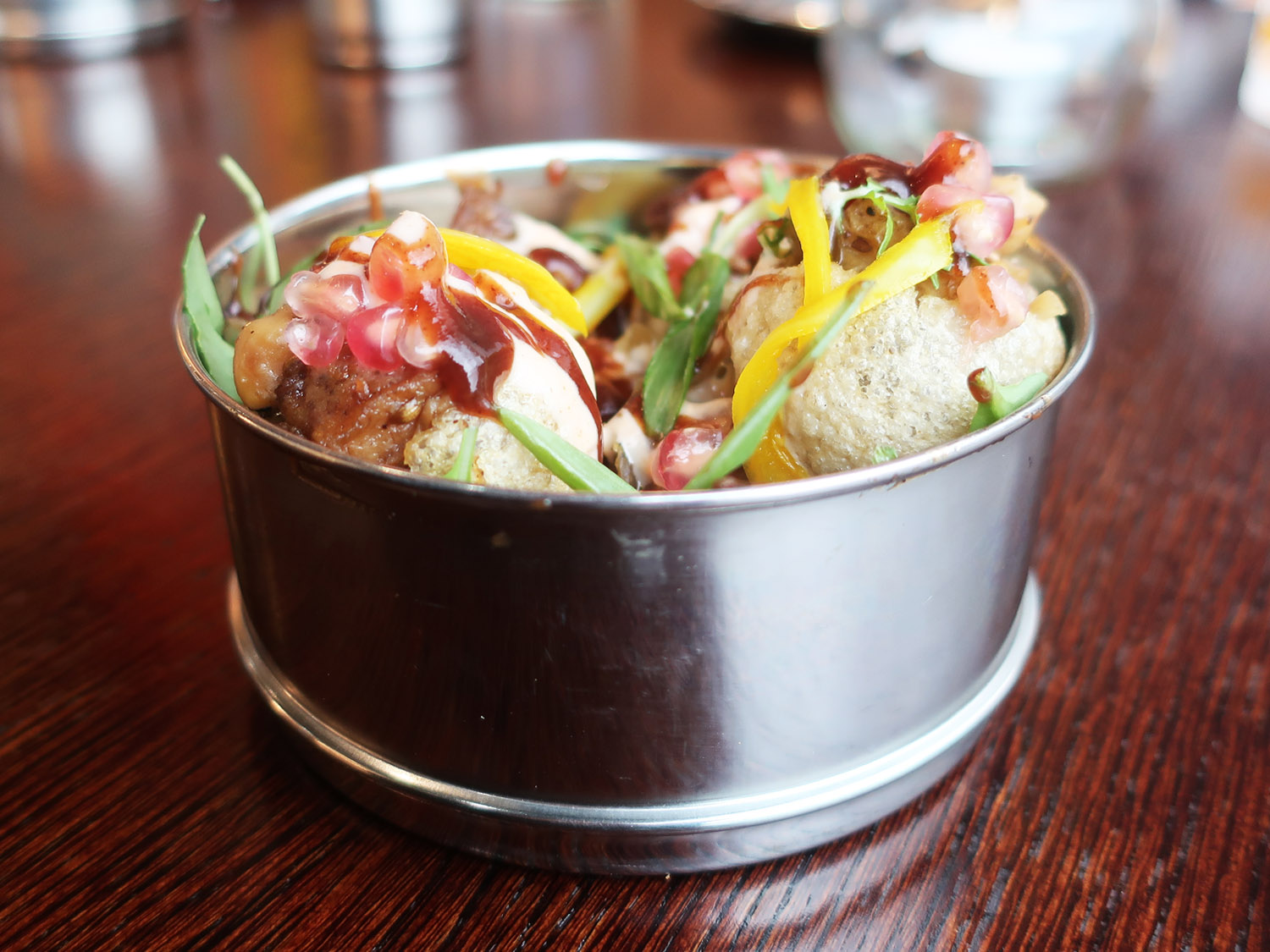 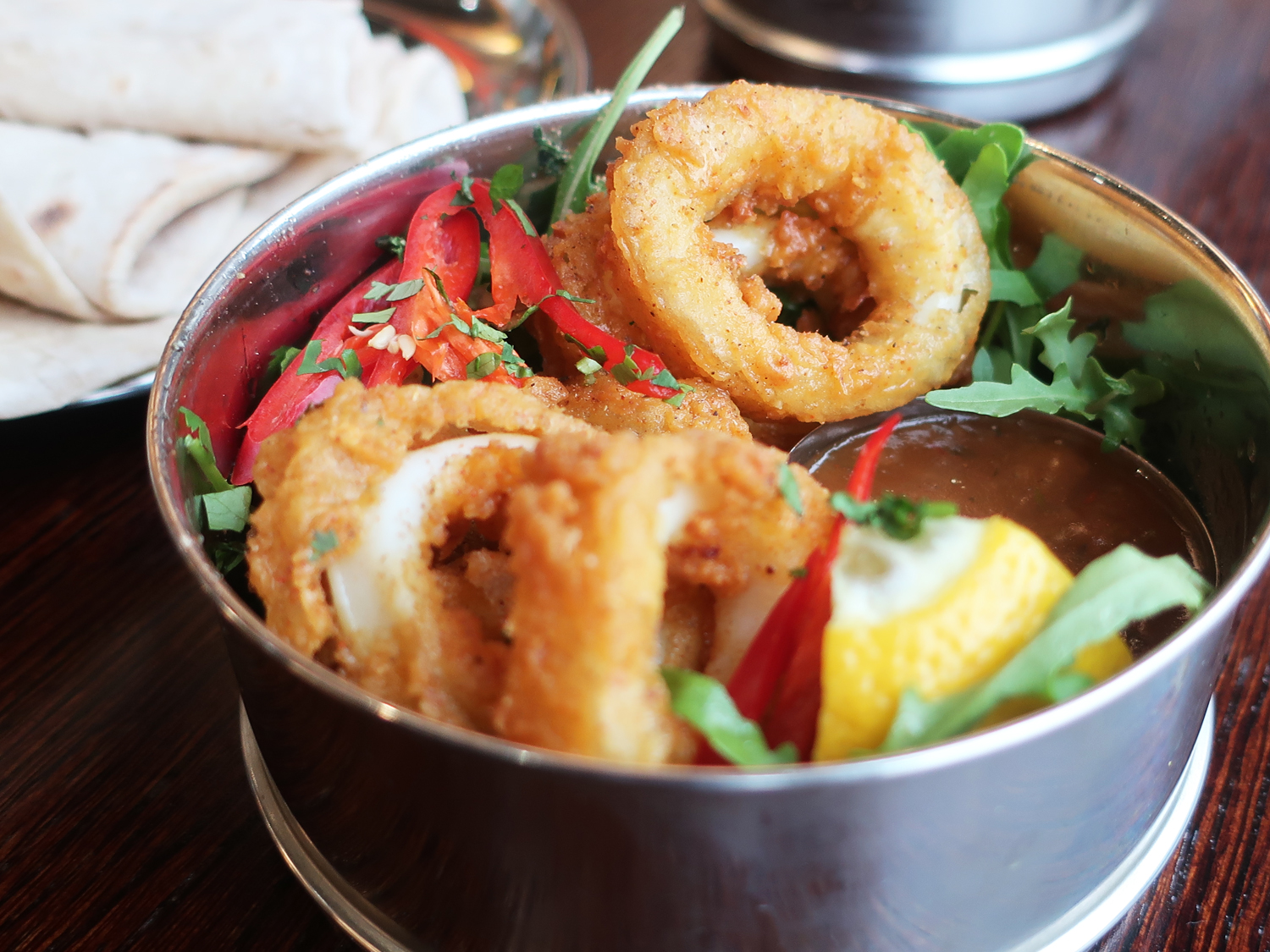 Fans of calamari will love the Panjabi Pepper and Chilli Squid, the light batter is made with chickpea flour and lightly spiced then the whole thing is served with chilli peppers and a sweet dip.

The Machi & Jhinga Malibar Curry is reminiscent of Goan coconut curries with fragrant rather than hot spice and a slightly creamy sauce then packed with fat king prawns and tender morsels of Panga fillet. 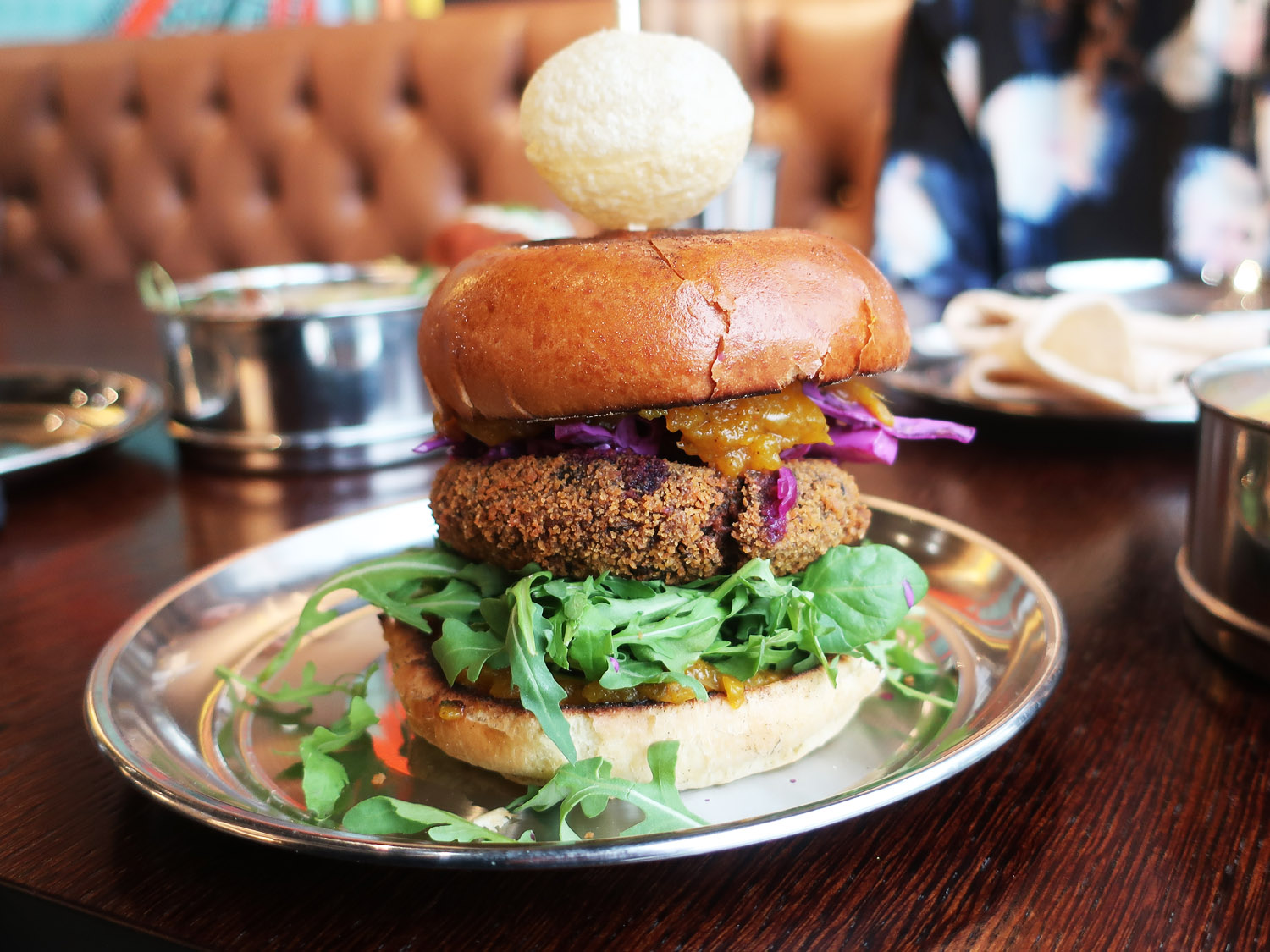 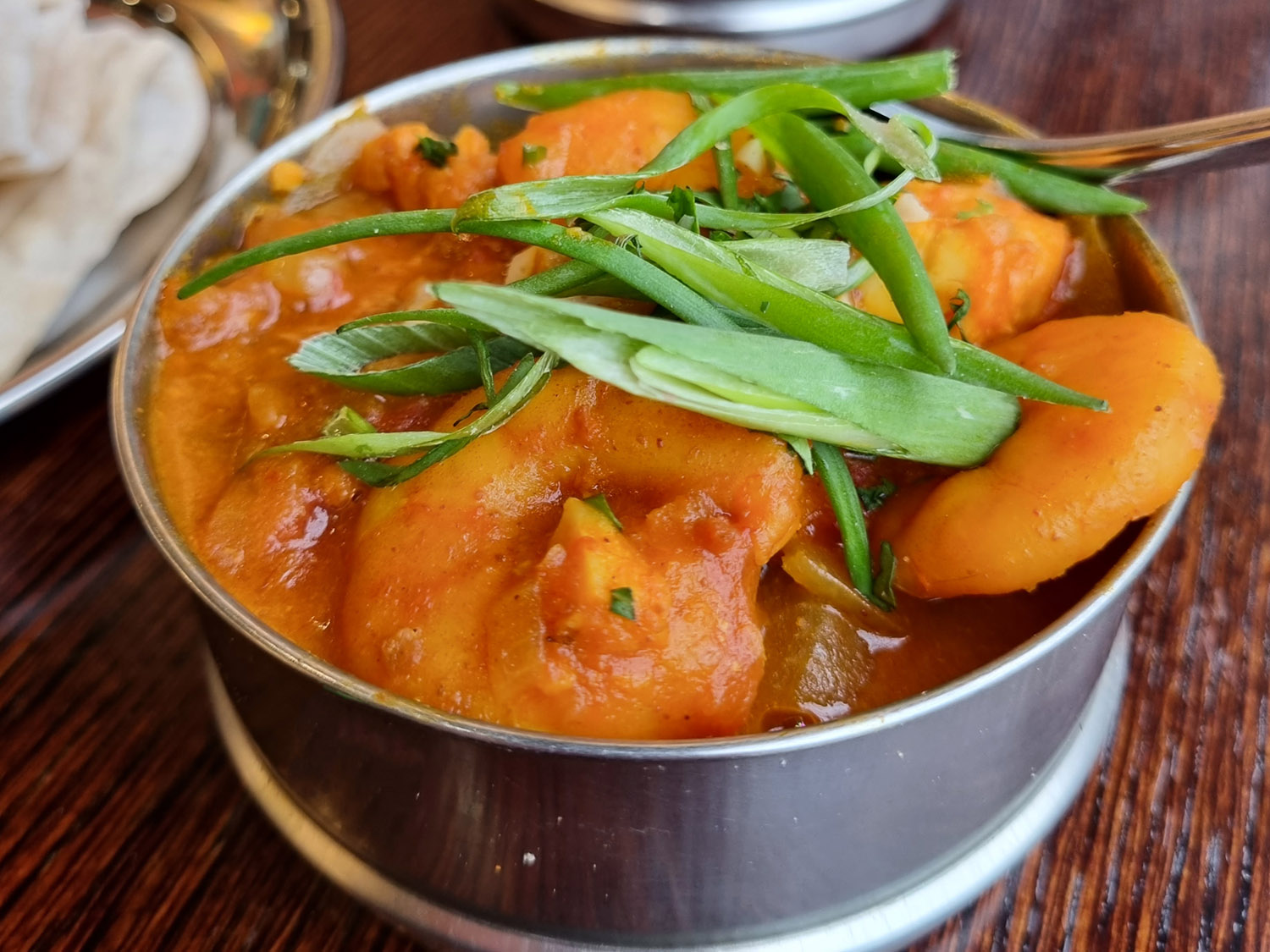 Perhaps the star of the show is the Highlander Burger, a breadcrumbed haggis patty topped with red cabbage slaw and a spicy raisin studded chutney, served in a brioche bun and crowned with a pani puri  Veggies or haggis-haters can also opt for a Paneer Burger in place of the Scottish classic. 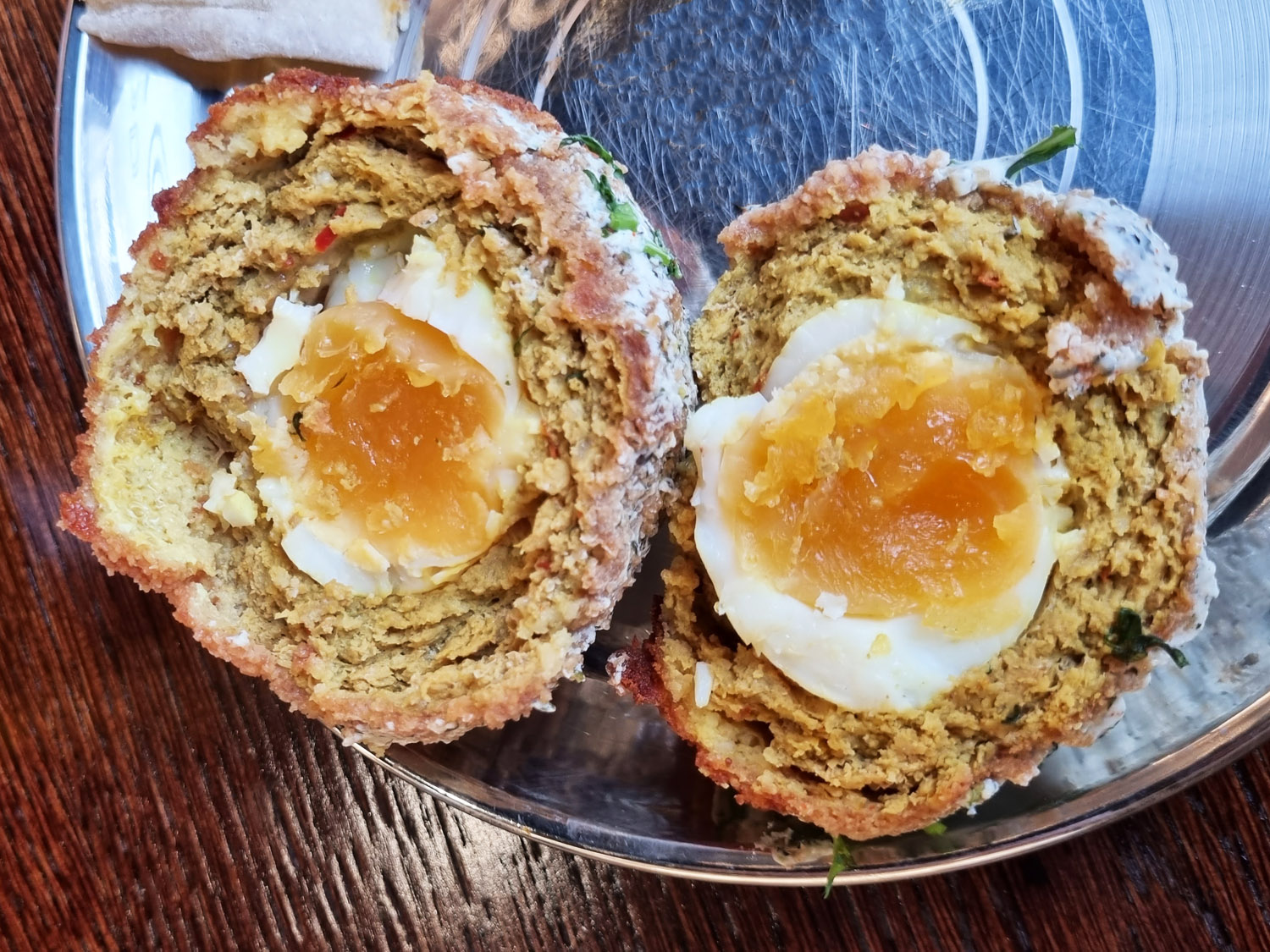 For dessert it has to be Deep Fried Mars Bar but if you’ve got enough space the Gulab Jamun-Topped Cheesecake deserves your attention too. 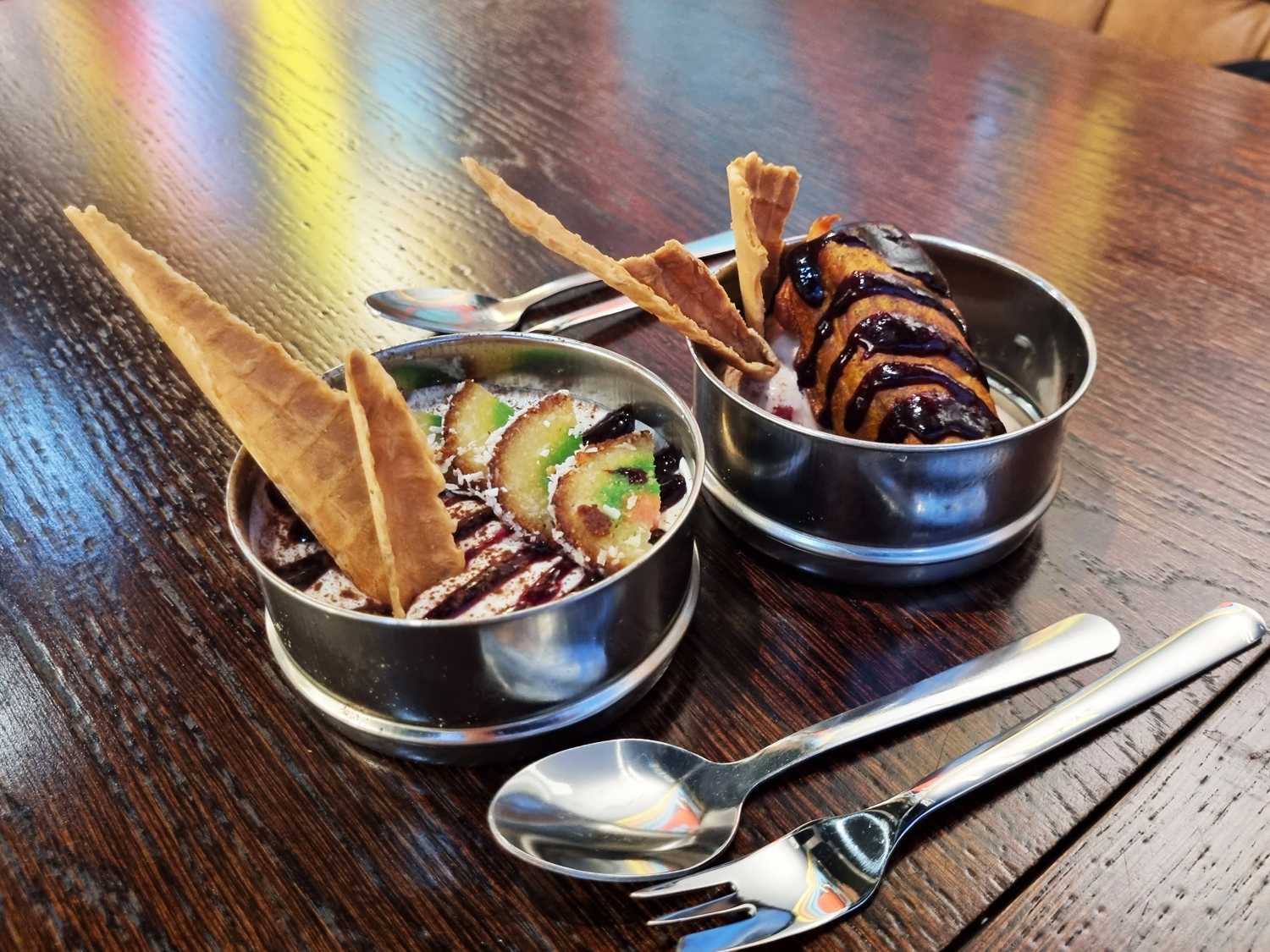 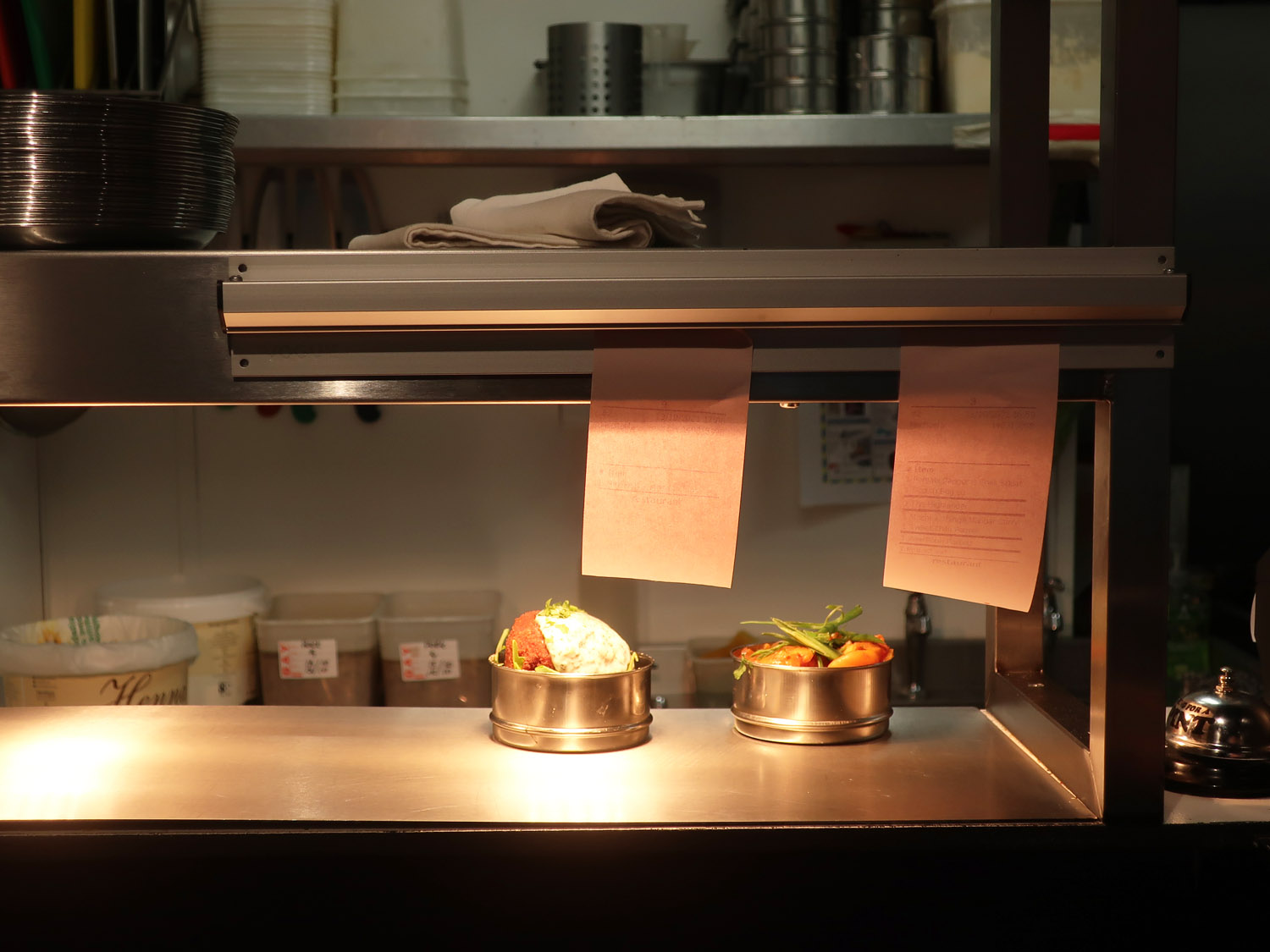 Like we said at the outset, whatever you choose you ain’t gonna be disappointed, just expect to be coming back soon to order everything you missed… 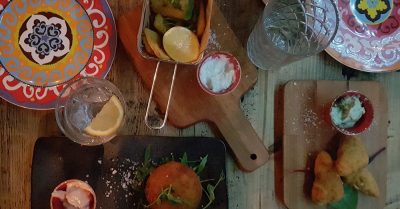 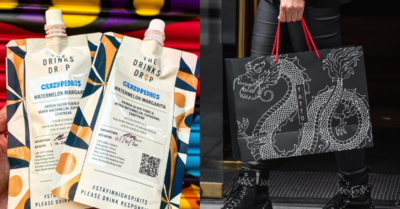